Chopard’s co-president on women representation in the watch industry. 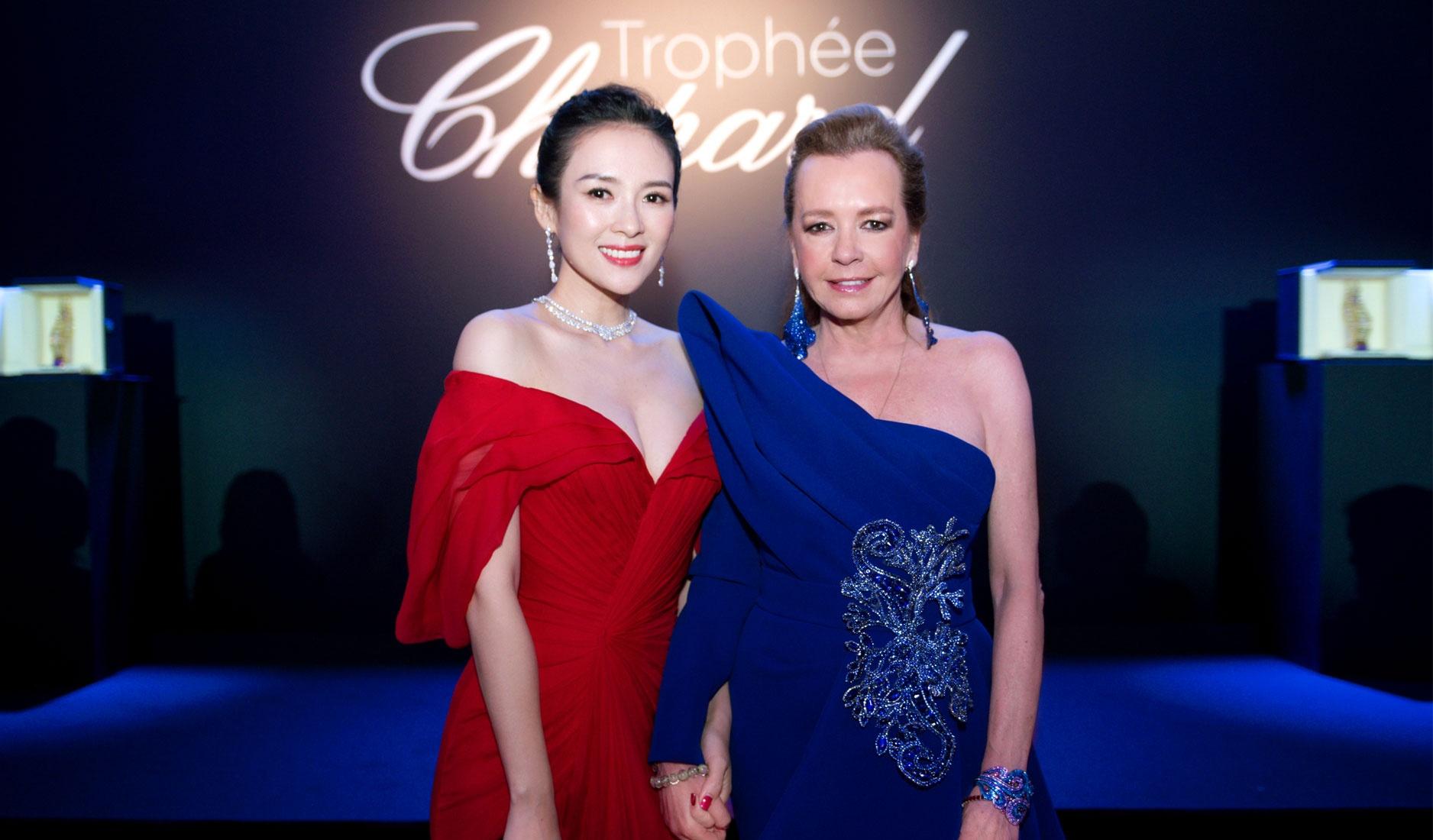 You’d think that being Caroline Scheufele would mean living in a world of luxury and opulence, surrounded by the biggest showbiz stars on the planet. Well, maybe. But away from the glitz and glamour, Scheufele is also incredibly down-to-earth and perfectly happy to share heartwarming childhood anecdotes with us.

Scheufele recalls an early gift from her parents when they returned from a trip to Disneyland. “It was a Mickey Mouse watch with a plastic strap that you could change for different coloured ones,” she explained. “The purpose of that watch was so that I would learn how to read the time—10 past two, 12 past five—it was more important than saying the A to Z.” 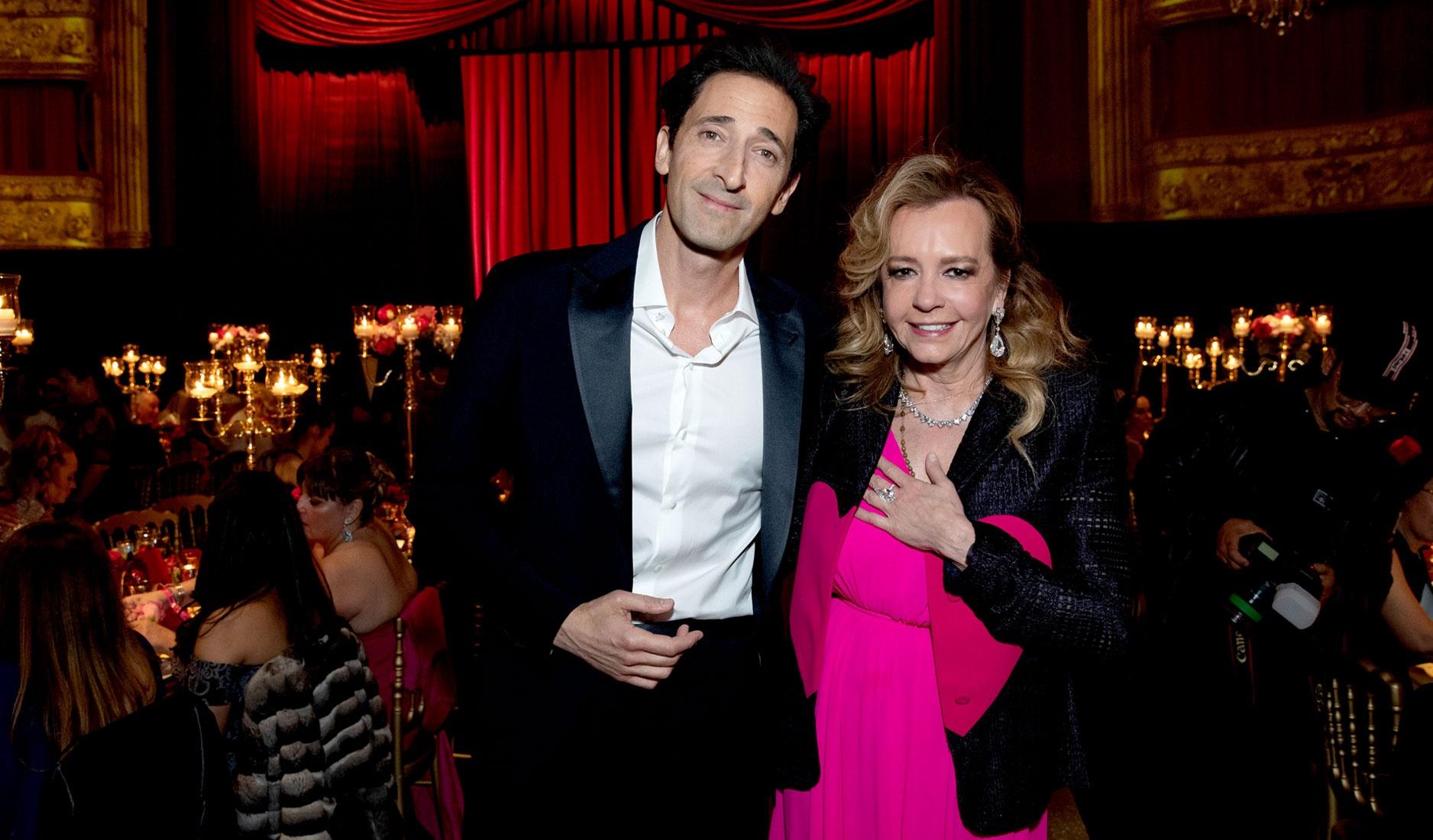 It’s an endearing side to the woman who, together with her brother, Karl-Friedrich, helms one of the most glamorous watch and jewellery brands in the world. After all, Chopard is regularly seen on the red carpet and has been an official partner of the Cannes Film Festival since 1998.

Here, she shares what it’s like working in the family business and why she thinks women should be more involved in the watch industry.

You started in the business really early and we heard you designed the Happy Diamonds Clown pendant at 16. How did that happen?
I was always drawing and designing from young age. One of the things that intrigued me was Happy Diamonds classical watch launched in 1976—I was fascinated by the little diamonds which were free. I also used to love to go to the circus as a little girl, especially for the clowns because they make everybody laugh. So I designed that little clown and I put the diamonds in the stomach.

My dad saw the design so he secretly made it for me and I got it for Christmas. And it was the first piece of jewellery that Chopard made because, before that, it was a watch manufacture. So that little clown changed a whole life.

What is your brother (fellow co-president, Karl-Scheufele) like as a colleague?
I think we're like yin and yang—very complementary. He thinks a lot and I'm very spontaneous, so he takes care of the business side of things because I wouldn't have the patience. We've shared the same office since I joined so we know what each other is doing. It works well. 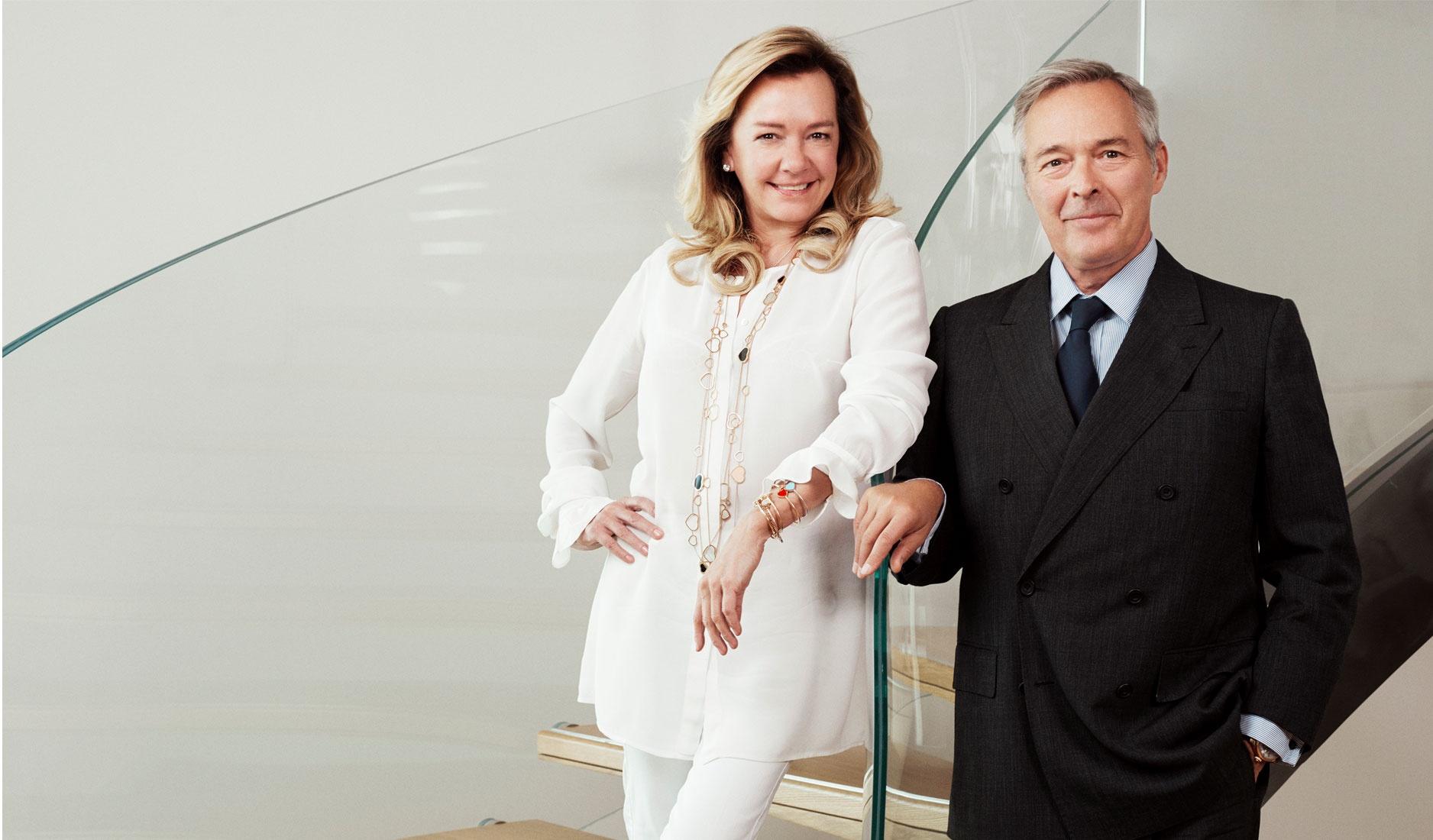 Caroline with her brother, Karl-Friedrich

It's not given that brother and sister get along. We sometimes have different points of views but we will sit down and talk. More often, though, my brother and I will have different opinions from my parents, probably because of the generation gap!

Where do you see the trend of women's watches headed?
I think over the past 10, 15 years, the watches that are being designed, produced and bought, have completely changed. I remember when I did the ‘La Vie En Rose’ collection and we put pink and yellow diamonds in watches, people thought they should be for jewellery. Now there are so many materials you can work with - you have ceramic, you have crystal, that's the beauty. It has changed so much in terms of sizes too. We don't say anymore this is a men's or ladies' watch; we say it's unisex. Because we don't really know where it's going. As a designer, it's more fun with all the different materials now available to me. 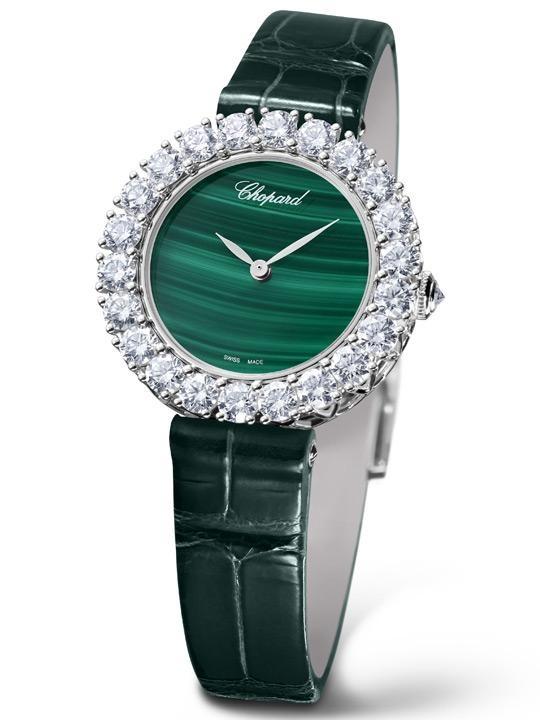 Do you think women are under-represented in the watch industry?
Yes, I would say so. There's very few of us. In the company we have a lot of women working for us in the different departments but at the head, it's always sort of a man's role. For us, we definitely bring a certain touch of femininity to the pieces. I think for men, it's always first about the movement, which is important. But I think a woman's eye is different from a man's in terms of aesthetics. We’re also more daring.

What advice do you have for young women who want to join the watch industry?
The first thing you need is passion. Passion for watches and for millions of details. It's a fascinating area and a rewarding industry to be in.

Read the full interview in the March 2020 issue of CROWN magazine.