Get your horological fix and do your bit for the environment at the same time.

Though it often appears so, watch buying doesn’t always have to be about feeding raging obsessions and inconspicuous consumption. In certain parts of the horological world, there are people who love both watches and the natural world – and in some instances, they have even gone ahead to celebrate both. If you are someone who cares deeply about the environment (and shouldn't we all?), AND are enamoured by the beauty and craft of watchmaking at the same time, here are four watches that will address both passions. 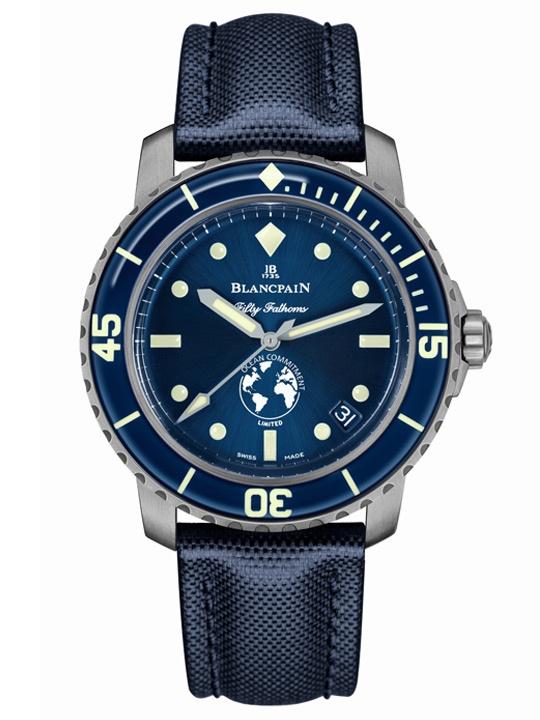 Blancpain has been an ardent advocate of marine conservation causes via its Ocean Commitment initiative, from which the brand works with explorers, scientists and environmentalists to sponsor their marine expeditions, research and documentation efforts. Incidentally, Blancpain is also a pioneer of dive watches, having introduced the world’s first modern dive watch with the Fifty Fathoms in 1953. Naturally, the brand has leveraged on this legacy to produce special edition timepieces to champion the Ocean Commitment cause. There have been three Ocean Commitment limited edition timepieces since 2014, all distinguished by a navy hue, with each run capped at 250 pieces. With each sale of a Fifty Fathoms Ocean Commitment watch, Blancpain will donate €1,000 to fund marine preservation programmes. Pictured here is the Fifty Fathoms Ocean Commitment III from 2018 in steel, inspired by the Tribute to Mil-Spec model from a year earlier, which features a rotating sapphire bezel and automatic movement with silicon hairspring and four-day power reserve. 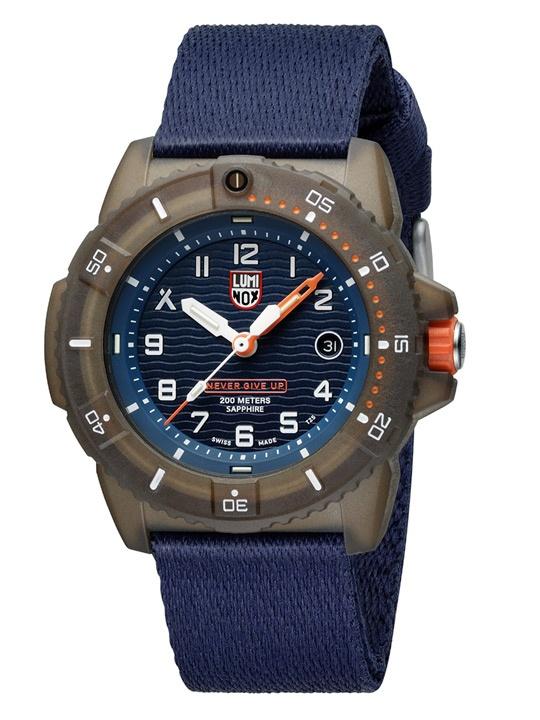 Having enlisted famed adventurer and TV personality Bear Grylls as ambassador last year, Luminox has released a slew of Grylls-stamped watches that advertise his one-with-nature spirit and stout survivalist instincts. That said, the new Bear Grylls Survival ECO 3703 makes the most affecting statement about the environment by far, featuring a case, bezel and strap made 100 per cent from recycled ocean-bound plastics. While the strap comes in a snappy blue tone, the case and bezel, which appear translucent and brown-ish, express a worn and rugged look that serves its message of ocean conservation well. For the record, the plastic waste is collected by fishermen off the coast of Thailand. They are then are registered, washed and processed into a granular material that can be injected into moulds or spun into a yarn. Priced at S$800, the Bear Grylls Survival ECO 3703 is limited to 1,500 pieces, with a portion of proceeds donated to Project Aware, a organisation that champions underwater environment causes. 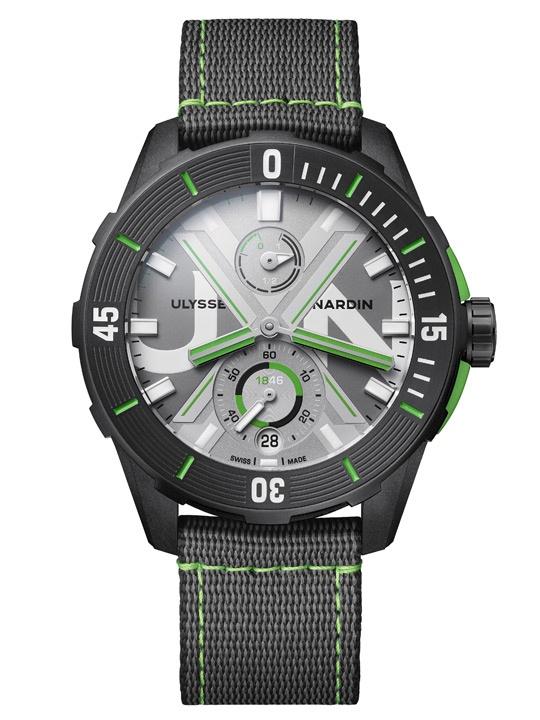 Just as the name suggests, Ulysse Nardin’s Diver Net utilitises fishing nets that are no longer in use and upcycles them to be incorporated into the timepiece. For this initiative – the Diver Net is still a work in progress for now – Ulysse Nardin is collaborating with FIL&FAB, a fishing net recycling company started by three young Breton designers to recover disused fishing nets from harbours and processes them into polyamide pellets for commercial use. In the Diver Net, which is driven by Ulysse Nardin’s automatic movement with silicon and Diamonsil technology escapement, the repurposed fishing nets feature on the case, middle, back and bezel decoration, as well as on the stitching of the PET (Polyethylene terephthalate) strap made from recycled plastic bottles. 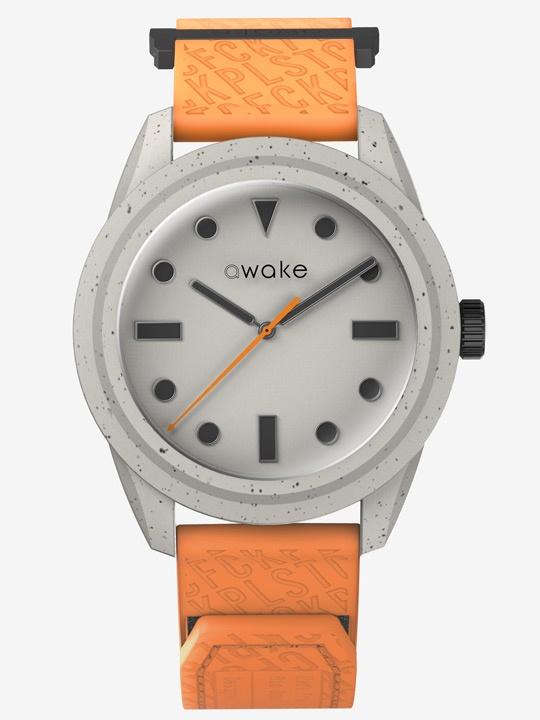 At approximately S$380, the Awake 0.1 by a young French startup is the most affordably priced option on this list and, if it is to be believed, the most ecologically friendly. The watch comprises a case made of a lightweight material called RE:FN-S, the company’s version of recycled and repurposed fishnets that lends it a unique texture and robustness; bio-polymer straps made from a tropical plant called castor; and a solar-powered quartz movement. To complete the eco-package, the watch is delivered in biodegradable box made of sugarcane fibre.