Cars And Watches: Three Brands That Epitomise The Bond

Written by Brian Jones
Be the first to comment!

Petrol-heads and watch geeks can find a common-ground in Rolex, Richard Mille And TAG Heuer.

The world-record mark for fastest pit-stop was tied earlier this year at the Europe Grand Prix in Baku, Azerbaijan, clocked at a blink-and-you’ll-miss-it 1.92 seconds. In other words, faster than you can say “Baku, Azerbaijan”.

In car rallies, timing is everything. It’s therefore no surprise that motorsports and watches have been inexorably linked for decades. And their journey together has been marked not only by exceptional cross-pollinated marketing efforts, but also technical collaboration and invention borne of relationships founded upon kindred connections.

You’d be hard pressed to find a brand today that illustrates that connection more roundly than Rolex, Formula 1’s official timekeeper since 2013. Much like its venerable partner brand, the world’s premier racing league is steeped in prestige – bolstered by cutting-edge technology, captivating an audience 500 million fans strong with 21 exhilarating races in as many countries.

The watch that is particularly illustrative of the link is the incomparable Daytona. Introduced in 1963, it’s not only one of the most celebrated examples of the racing-inspired watch, but one of the most iconic watches, period.

Designed specifically with professional drivers in mind – the tachymeter scale and chronograph functionality are not there for show – and named after Florida’s racing mecca, the Daytona is also synonymous with the late American actor Paul Newman, decorated thespian and well-known petrol-head.

Newman even found time to take the wheel himself, winning the 24 Hours of Le Mans and later founding the legendary IndyCar team, Newman/Haas Racing. And ever present, as he transitioned from chasing statuettes to checkered flags was his trademark Daytona. One of the most famous that he is known to wear is the Reference 6239, which features an ‘exotic’ dial comprising black chronograph sub-dials with piston-style markets, set against a white base.

Today, that same watch from 1967, can fetch almost 10 times its original price. Consequently, a series of Daytonas made from the late 1960s to the 1970s, that feature ‘Panda-style’ contrast black-and-white dials, piston shaped markers and a cross-hair design on chronograph sub-dials, similar to the one brandished by Newman, were christened the ‘Paul Newman’ Daytona.

Over the years, many brands have sought to emulate that bond. Partnering, however, is easy. Having the technical chops to pull off an proper tribute is another story.

Richard Mille has made crafting testosterone-stirring mechanical marvels surprisingly routine. By being inventive in material development and engineering practices and so relentless in their pursuit of lightness, durability, shock-proofing, and of course, accuracy, they effectively transpose motorsport’s ultra-performance ethos to its fans’ wrists.

In fact, the brand’s early watches were dubbed “racing machines for the wrist”. In its early days, Richard Mille famously enlisted F1 driver Felipe Massa to road-test its tourbillons. It once even created a watch inspired by motor-racing impresario Jean Todt, a well-known campaigner for road safety as CEO of the International Automobile Federation, called the (RM036-01 for short, below), which was fitted with a mechanical G-force sensor that displays deceleration safety zones. 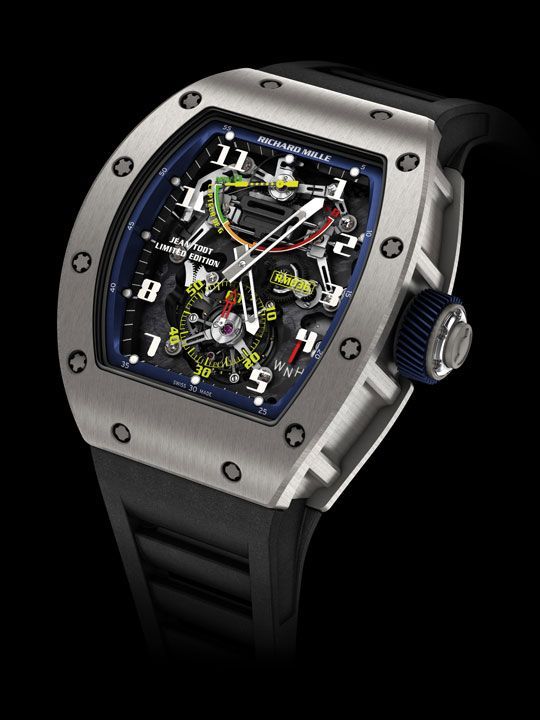 This year, Richard Mille gets even cosier with Formula One by partnering the McLaren-Honda F1 team as official watch sponsor, with branding on the new MP4-31 racer, as well as promising more swoon-some, speedster-inspired complications in homage of the partnership.

“For me, the association with McLaren is so striking, because back in 1981, McLaren was the first constructor to introduce an all-carbon fibre monocoque to Formula 1. It was a technology that would revolutionise the sport. Years later, I was able to adopt the same technical solution – a carbon fibre structure – for the baseplates of our watch movements and cases,” says the brand’s eponymous founder.

For another example of just how significantly motorsports has inspired brand offerings, look no further than TAG Heuer. Collections like the Monza and Carrera have written themselves into horological folklore.

Both lines boast storied legacies. The Monza was introduced in 1976 to commemorate Niki Lauda’s first F1 title with Ferrari. This year, TAG Heuer celebrates the collection’s 40th anniversary with a no-holds-barred homage (below), going large on nostalgia with a re-issue that is loaded with aesthetic references to the original like the coussin case, pulsometer scale, and vintage font that faithfully replicates the original. 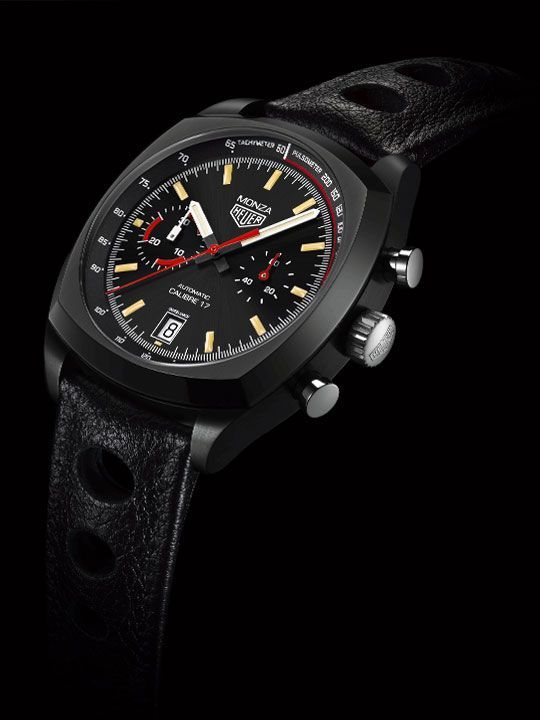 The Carrera, on the other hand, is synonymous with Jack Heuer, the great-grandson of the founder who designed the watch and once helmed in the company in the 1980s. Launched in 1963, the Carrera, named after the Carrera Panamericana rally, was devised as a proper racing instrument, a cleanly designed round-cased chronograph with tachymeter scale, whose instant popularity and sportive cachet rivalled that of the Daytona. 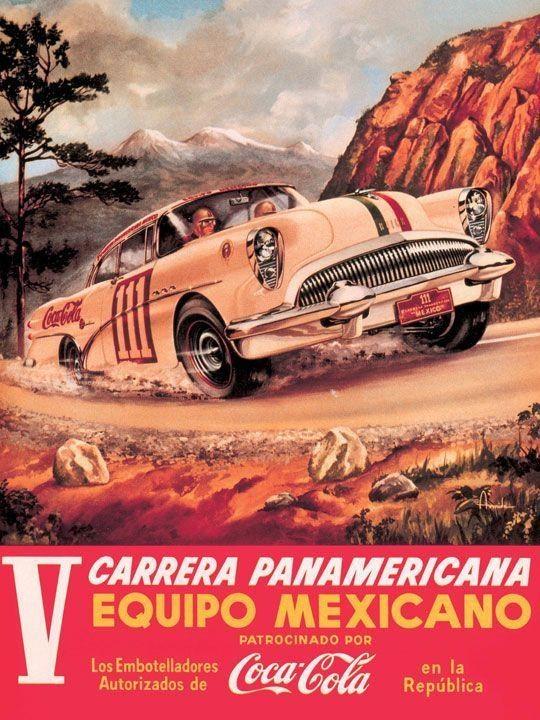 In 2013, the collection celebrated its 50th anniversary with a slew of commemorative editions, the most memorable of which are the two ‘Jack Heuer’ editions – the Carrera Caliber 1887 Chronograph with contemporary styling (below right), and the Carrera 17 (below, left) that expresses a vintage vibe that recalls the original.

Besides being massively successful and, decades on, proven to be indispensable product pillars for TAG Heuer, both collections prove an important point: that if done right, car racing and watch cross-pollination can be a mighty emotive and enduring affair that pays handsome dividends for both the brand and watch lovers.

Published in In Depth

Born in the outskirts of Washington D.C., Brian is currently based in the outskirts of Seoul. Along with writing about all things horological, he's been known to pen pieces on men's fashion, sports and popular culture. When he's not writing, he can be found travelling the continent, fumbling in his attempts to speak the local tongues.

More in this category: Affordable Dive Watches: Five Under S$4,000 VIDEO: My Watch Story - Tjin Lee, Entrepreneur
back to top