Sixty-five years of setting the bar for dive watches.

It helps that the boss is for real. Back in the 1950s, Blancpain had an avid diving fan in then-CEO Jean-Jacques Fietcher. While water-resistant watches were already a norm by then, with the likes of the Rolex Oyster, Omega Marine and Hamilton Sea Bees constantly improving on the said feature – and particularly throughout World War II where conditions demanded improved functionality – proper dive watches were still uncommon. Nevertheless, Fietcher instructed the company to develop a tool-watch that he himself could use on his leisure dives.

Holidays are truly the best. Never mind the military muscle that one commonly associates with the Fifty Fathoms collection today – the very first prototype was tested by Fietcher on the sunny coastal waters off the south of France. It was the success of the test, to which the watch survived a depth of 91m, the equivalent of 50 fathoms (the metric commonly used by divers), that the timepiece was christened Fifty Fathoms.

Just so you know, the Fifty Fathoms wrote the blueprint. As the concept of civilian dive watches took shape, so did their attributes. Those who need an official checklist of features can look up the ISO 6425 international performance standards, which was introduced in 1996. 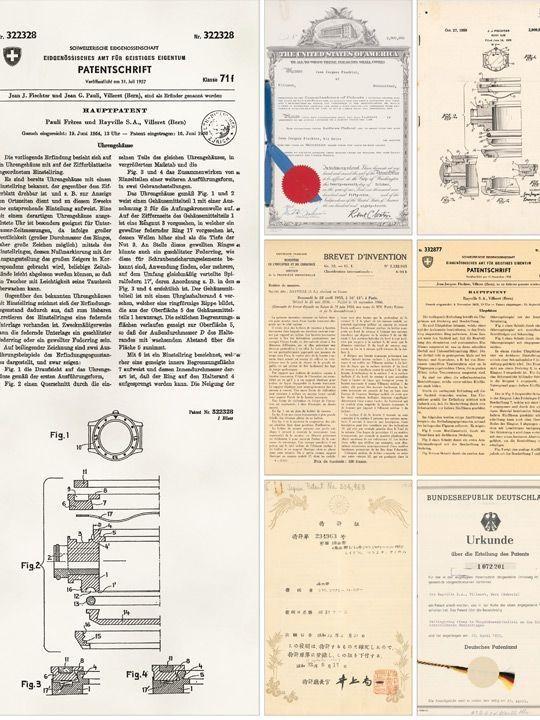 Patents filed for the Fifty Fathoms in 1953

They include, amongst others, a unidirectional bezel (or a similar digital device) to measure the amount of time left in your oxygen tank, thermal shock resistance, resistance to salt water, underwater functionality, and at least 200m water resistance for deep sea diving. And guess what – the key must-haves listed in the ISO 6425 pertaining to safety, reliability, sturdiness, readability and anti-magnetism were already established by Blancpain in 1953.

And the watch isn’t just for show, either. The same year that Fietcher ok-ed the first Fifty Fathoms, the French Navy serendipitously asked Blancpain to produce dive watches to equip its elite combat diver unit, which the brand duly obliged. And in the professional-civilian sphere, the Fifty Fathoms has been donned by the likes of legendary divers both past and present, such as Jacques-Yves Cousteau, Gouffre Berger, and Laurent Ballesta. 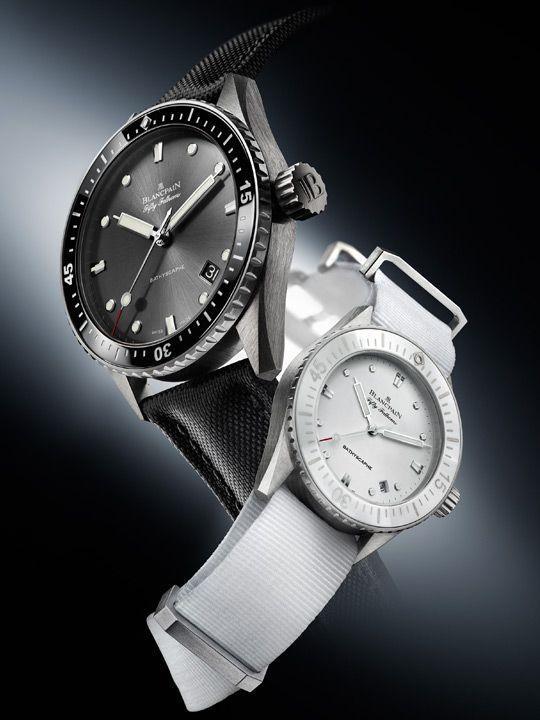 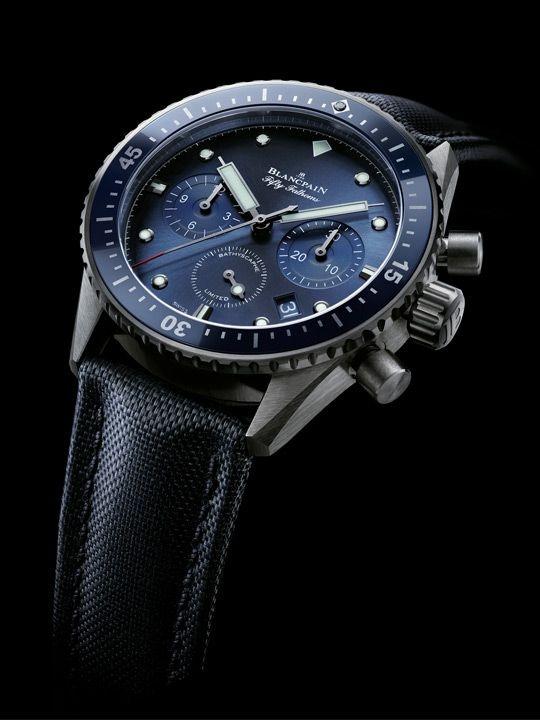 But for variety, check out the 2018 models. Spanning cool retro styles to minor-complications, this year’s Fifty Fathoms offerings, we think, get the mix just right. 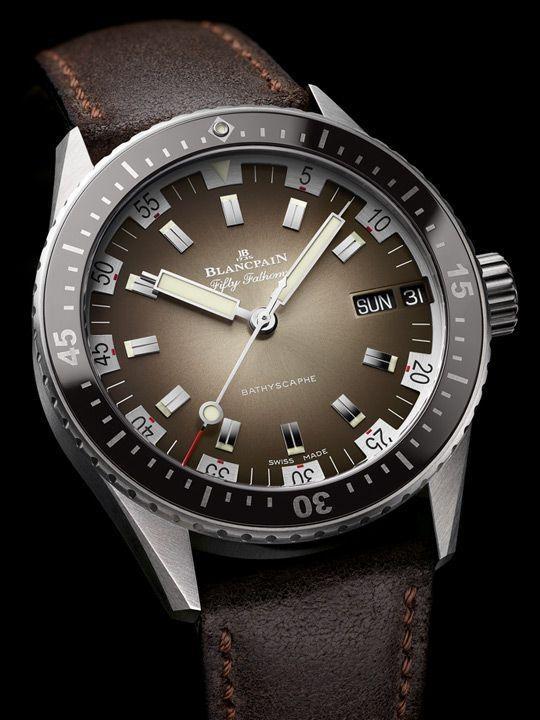 The Bathyscaphe Day Date 70s, limited to 500 pieces, is a tasty one, its throwback game strong with a unique gradient dial and bold indexes. For more sophisticated options, there are the Bathyscaphe Annual Calendar and Fifty Fathoms Grande Date, both powered by calendar complications that are Blancpain’s strong suit. And so that you remember, the watches’ swanky styles do not in any way inhibit their tool-watch performance. Go ahead and put them to the test if you want.