So, the Swatch Group announced over the weekend that it will pull out of the annual Baselworld watch fair. It is almost like Iron Man saying that he’s quitting The Avengers. It sure hurts if you're team Captain America.

But wait a minute, the super group is still sort of super… right? Well, kind of, but the hard truth is that Baselworld would be fooling itself if it thought nothing has changed.

FIRST, A SILVER LINING FOR BASELWORLD
If we want to get technical about it, even without the Swatch Group’s conglomerate of 18 brands, Baselworld is still the largest watch fair of its kind. There will still be 600-plus exhibitors come 2019, including the likes of horological giants Rolex and Patek Philippe. And – for now – the other big-name conglomerate, the LVMH group that owns brands like Hublot, TAG Heuer, Zenith and Bulgari.

It is a big hit for Baselworld, but it is not quite the knockout punch. 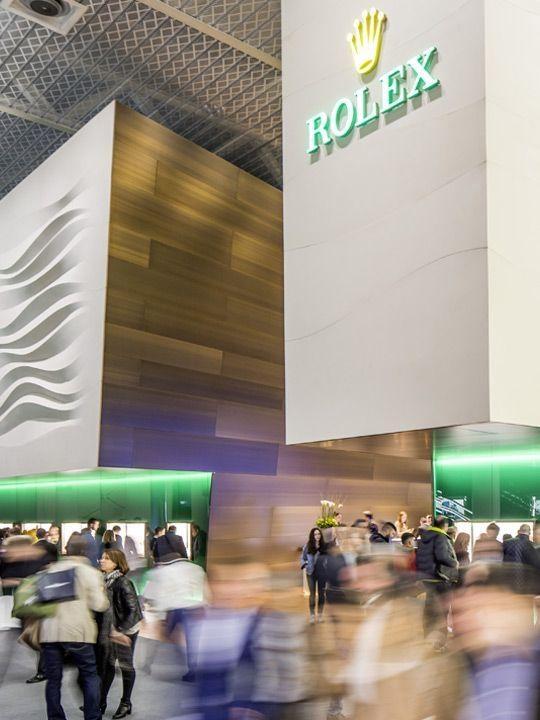 WHAT’S SAD, THOUGH, IS THAT IT DIDN’T COME AS A SURPRISE
The rumblings of discontent have been going on for quite a while. Veteran watch journalist Timmy Tan recalls that back in 2013, a major Singapore-based retailer had predicted that Baselworld will cease to be as important as it was in the past, given the increased mobility of brands and the evolving dominance of online communication.

It sounds like a very 1990s thing to say. But remember that the Swiss watch industry is not known for being quick and nimble. Coupled with the perception that the Baselworld exposition and its fringe industries from hotels to F&B establishments have been ripping visitors off with jacked-up costs, the lid is bound to blow.

SO WHAT ABOUT THE REMAINERS?
Going back to the earlier analogy with The Avengers, the question is: will the combined star powers of the The Hulk and gang be a big enough draw? Likely. But it is the supporting cast of smaller players who lean on the buzz of the annual watch fair for a ready captive audience that will be taking the bigger blow.

Pamela Tan, senior brand manager of Crystal Time, a Singapore-based distributor for brands like Luminox and Edox, believes that brands with less clout have their work cut out. Instead of riding on the prestige of the fair and a ready-made audience, smaller brands would need to ramp up their presence and reach via alternative channels.

“These days, we scout for potential brands online. If they happen to be at Baselworld, great. If not, we will see if they can travel to where we are at for a meeting. Brands are becoming more flexible,” she says.

AND WHAT DO THE CHANGES MEAN FOR THE WATCH LOVER?
Tom Chng, a fervent watch collector and founder of the Singapore Watch Club says that the romance and impact of a watch fair like Baselworld is still relevant. “For us, Baselworld is like a mecca, and visiting is almost like a pilgrimage. From a collector’s perspective, I think the slew of watches introduced in this way gets us excited and the hype will surely have some impact on buying decisions,” he says.

Adds Pamela: “I think a lot of watch lovers are still quite awestruck by Baselworld. But when it comes to the actual purchase decisions – and I’m speaking for brands in the price range that I represent – a change like Swatch Group pulling out won’t have a major impact.”

That said, Chng thinks that the increasing dilution of the Baselworld brand, and to a larger extent, major Swiss watch fairs, will impact how watch lovers get informed about and appreciate new watch launches, especially if the media deems it lacklustre enough to give it a miss – a sentiment shared by Timmy.

“There is no longer a lead time for watch lovers to receive information about new launches. They get the news instantly online or via social media. That said, the role of a traditional watch fair is important for serious watch journalists, who are there to get a deeper understanding of the products, especially technical offerings, in order to properly disseminate the information,” he says.

FINALLY, WHERE IS THE SWATCH GROUP GONNA GO?
Nick Hayek, CEO of the Swatch Group said that the annual watch fairs as we know it “no longer make much sense”. It is also reported that the Swatch Group stands to save about US$50 million annually by not exhibiting at Baselworld.

So where is the money gonna go? And how are the Swatch Group brands going to showcase their new products?

If the unrealistic premium that watch companies pay to exhibit at Baselworld is an accurate account, the conglomerate could easily hold multiple launches at its various global markets (or ‘satellite events’ as Pamela calls it), time them in a manner that isn’t bound by the deadline of an annual watch fair, and still possibly have some savings at the end of the exercise.

Another speculation is that the Swatch Group could do what some breakaway brands did 1991. Then, Cartier, Baume & Mercier, Gerald Genta, Daniel Roth and Piaget decided to conduct their own, by-invitation-only exposition in Geneva – the beginnings of what would eventually become the Salon International de la Haute Horlogerie (SIHH) watch fair. Whatever happens, though, the ball is clearly in the court of the Baselworld organisers to evolve the fair to meet today’s demands, and usher its existing exhibitors back into a sweet spot.

“I think if Baselworld were to remain relevant, it needs to go back to what it was originally about. The fair needs to remind itself of the spirit in which it began, and think about the reasons that it got so successful in the first place,” says Timmy.