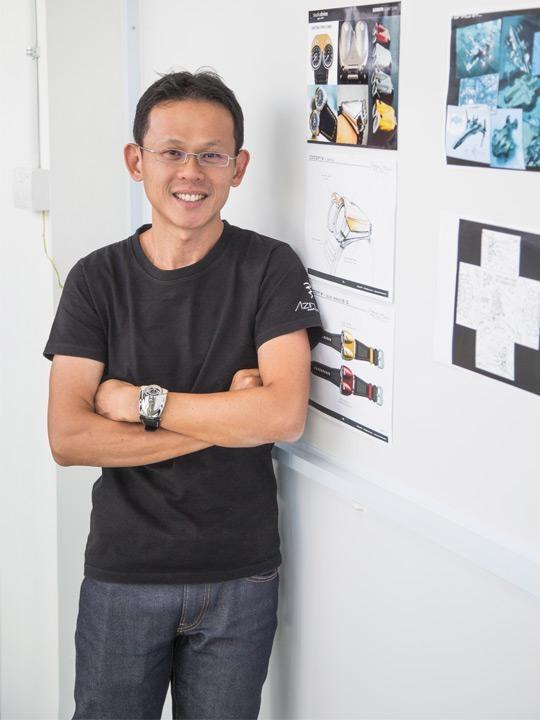 Among the many collectibles belonging to the late-comedian Robin Williams, which went under the hammer at a Sotheby’s auction in October 2018, was a timepiece by Azimuth Watch, a Swiss-made, Singapore-conceived homage to World War II pilot’s watches. We could be wrong, but that was possibly the closest a homegrown horological talent has gotten to an unpaid Hollywood celebrity endorsement.

“We heard from a retailer in San Francisco a long time back that he sold one of our watches to a movie star. We didn’t know it was Robin Williams until this happened,” says Christopher Long, co-founder of Azimuth Watch. 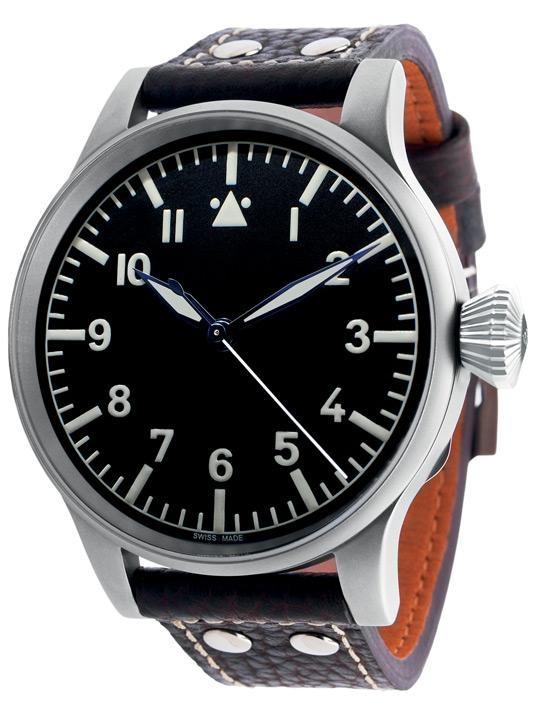 It is not as if the brand needs that sort of celebrity association. In fact, Long is quick to stress that the aforementioned watch, the B-Uhr 55, a hand-wound vintage-style timepiece housed in a 55mm case, which was part of a 100-piece limited edition, was part of the ‘old’ Azimuth.

Long started Azimuth Watch in 2003 with fellow watch enthusiast, Alvin Lye. In the beginning, the brand made its name with vintage military-inspired creations, distinguished by unmarked dials, large cases, and hand-wound movements.

Soon after, though, the brand ventured into the realm of “avant-garde watchmaking”, creating wildly off-kilter timepieces inspired by robots, spaceships, motorbikes and vintage cars. It wasn’t the most commercially viable decision, to say the least, but it established Azimuth Watch as a cult favourite among a niche group of collectors.

Sixteen years on, Azimuth Watch continues to “stick to its guns”. “We have always stayed true to our vision. I think people now recognise the brand for what we do, but it definitely hasn’t been easy,” says Long.

What did you learn most about going into Azimuth Watch’s avant-garde direction?
We knew right from the start that the market demand for this sort of watches would not be big, but we didn’t expect it to be this small! Even today, where customers are more exposed to different designs, the appeal of our kind of watches is not large. That said, it is what we enjoy doing.

Did you make any mistakes along the way?
The dive watch collection, for sure (Xtreme Sea-Hum from 2010). It was created as a result of market pressure. Our distributors wanted us to make a more mainstream product and we did it. Don’t get us wrong, it did well commercially, but the watch was contrary to what we stood for.

What is the biggest challenge of building a watch brand?
Our biggest strength lies in design and conceptualisation. It is easy for us to come up with quirky designs. The biggest challenge is in crafting a story or a message that tells the customer, ‘Hey these are some cool watches that we’ve got here’. In fact, we also know that there are no other brands that can offer this sort of watches for the price that Azimuth is offering (between S$5,000 to S$6,000). Ironically, the many avenues of communication these days have lessened the mystique of horology.

Is it fair to call Azimuth a microbrand before its time?
I don’t really like the association. No disrespect to microbrand owners, there are some who are really passionate and make great products with excellent value-for-money. But when the trend first started – and I could be wrong here – the appeal seemed a lot to be about low-cost watches, begrudging traditional Swiss watchmaking, and cutting out the middlemen. Although we wanted to offer products that were non-mainstream, we are strong believers of the Swiss watchmaking spirit. That is why we’ve always used Swiss movements, and worked with Swiss partners to produce our watches.

If you knew what you know today, would you have started Azimuth?
I don’t think so! We didn’t know it would be this hard! Maybe ignorance is bliss (laughs). I would say that it is passion for the business and creation that has kept us going.

This story first appeared in the CROWN's Festive Issue 2018. GET YOUR DIGITAL EDITION HERE!