“There is always a next thing,” says CEO Wilhelm Schimd.

IT CALLS THE DATOGRAPH ‘DADDY’
In 1999, just four years after A. Lange & Söhne was re-launched from scratch following a forced hiatus from World War II, the company premiered the Datograph, which featured the Calibre L951.1, the world’s first independently produced, manually wound in-house chronograph movement. 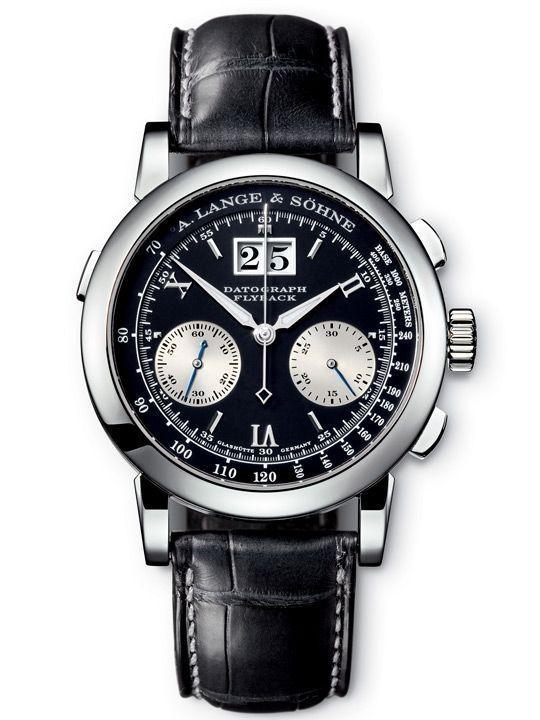 The Datograph blew many minds for its built-from-scratch approach and proprietary spirit, which effectively inspired other luxury brands in the wider horological world to start making their own in-house chronograph movements. Not only that, the Datograph started Lange on the course to raising its own A-game in the field of chronographs.

IT IS A CONSIDERED AND LOGICAL EVOLUTION
Chronograph movements make up 20 per cent of Lange’s repertoire of in-house calibres – seven out of 35, to be exact, reveals Tino Bobe, A. Lange & Söhne’s director of manufacturing. “It is more than a dressy sports watch,” explains CEO Wilhelm Schmid. “A chronograph works on a philosophical level, because it doesn't just tell time, but measures it. The movement’s beauty is immediate and obvious, and it is also one of the most tactile complications there is.

”The impetus to create the Triple Spilt wasn’t owed to a flash of inspiration. Schmid calls the Triple Spilt a “logical step”, a recurring phrase that he uses to describe Lange’s journey with chronographs. One can join the dots directly between the Triple Split and the Double Spilt from 2004. When it premiered, the Double Spilt was the world’s first mechanical chronograph with double split-seconds function. The spilt-seconds chronograph is not new – it allows the user to measure two elapsed timings up to a minute’s duration. But in Lange’s version, the Double Split smashes the ceiling by extending the time allowed to measure the two simultaneous times to 30 minutes – one for the seconds and one for the minutes. Additionally, both split-seconds hands are also flyback hands.

IT IS A SIMPLE IDEA THAT LED TO A WORLD-FIRST COMPLICATION
Limited to 100 pieces in white gold, the Triple Split was built on the simple idea of upping the ante on the Double Split. 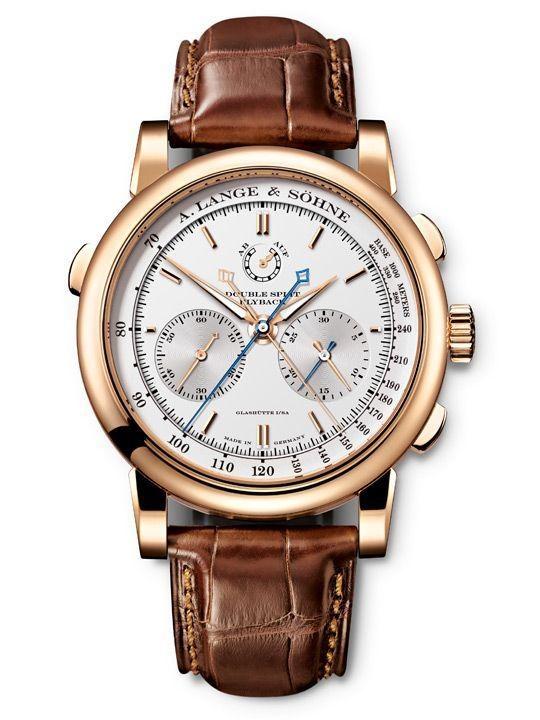 Where the Double Split can measure two simultaneous timings for up to 30 minutes, the Triple Split goes further, extending the ability to measure split-timings to as long as 12 hours – the first wristwatch in the world to do so. 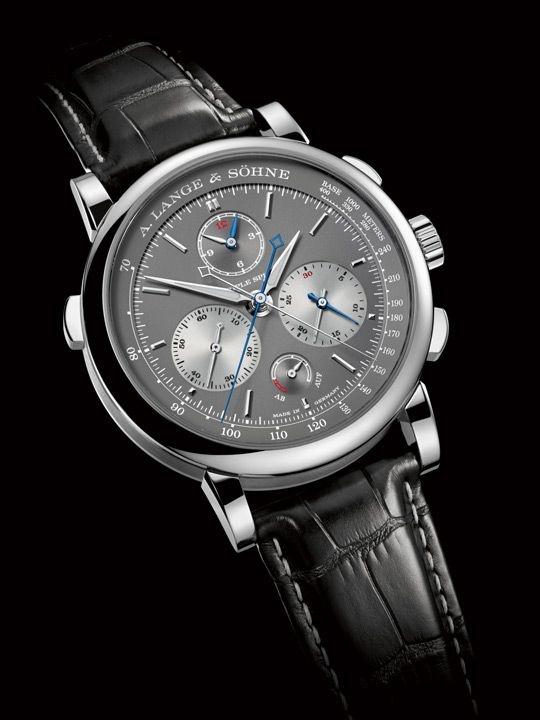 “Most importantly, we did all of that without impacting the precision of the watch, or increased risk of wear-and-tear with the friction of components,” says Bobe. “For example, we devised an isolating mechanism, which we patented, to ensure that the watch doesn’t suffer from a loss in amplitude despite the triple-split function. We also managed to increase the power reserve by making a more energy efficient system, despite having a winding barrel that is only just slightly thicker.”