All the important trends, shake-ups and low-down of the past horological year. 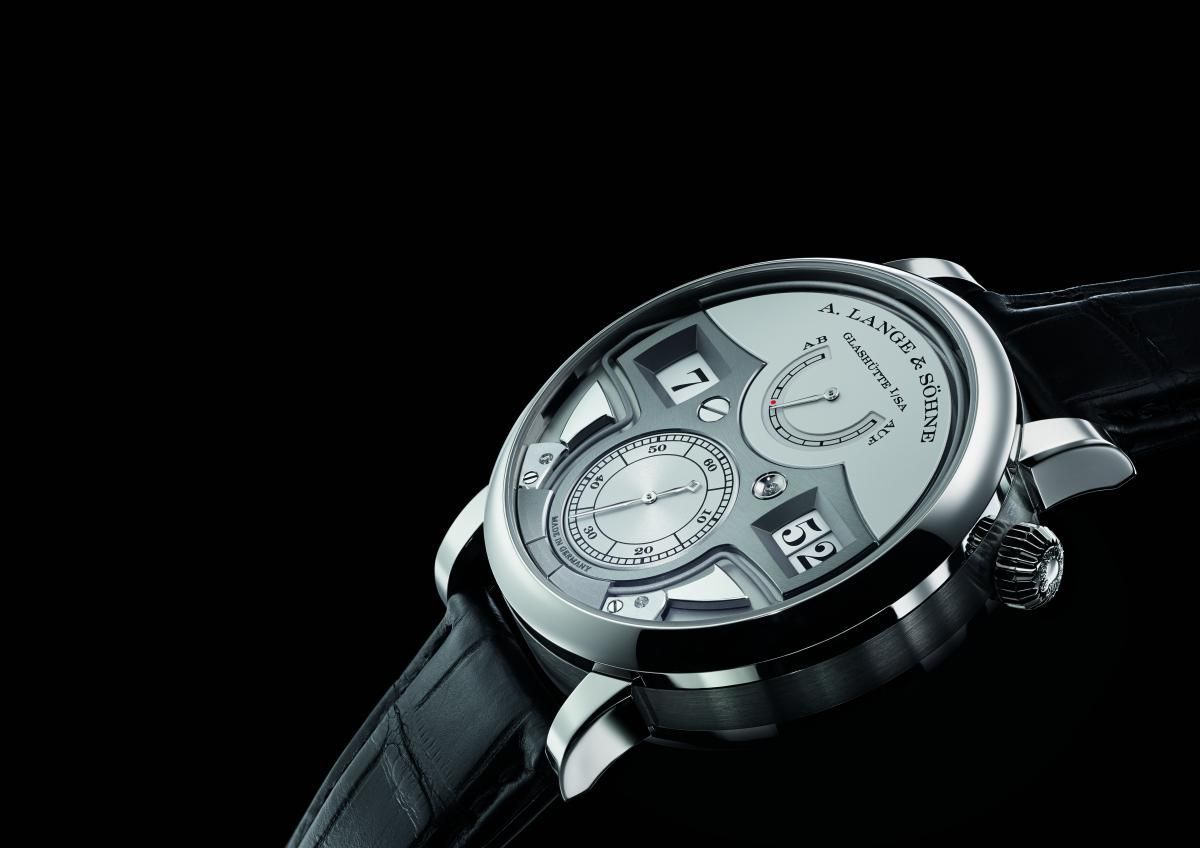 The complication feature of 2015 is, quite unequivocally, the minute repeater. Brand seeking to flex their mechanical prowess all had an aural creation of some sort, touting chimes that were louder, crisper and purer than ever. There were many contenders, including the Royal Oak Concept RD#1 working prototype from Audemars Piguet that took eight years to develop, and The Charming Bird by Jaquet Droz, introduced in 2013 as a prototype and rolled out this year with improvements for its whistling bird automaton. Our heart, however, goes out to A. Lange & Söhne’s Zeitwerk Minute Repeater. Five years in the making, the watch is notable for a number of reasons, the best bit being its ability to chime exactly what you see on the precisely jumping digital time display. From watch brands and collections, to even the country of Singapore blowing out candles on significant anniversaries this year, collectors have been pampered with a bumper harvest of commemorative timepieces. While quality varies, most have done a bang-up job to with their celebratory creations. A. Lange & Söhne again features at the top of our list with the sublime 1815 ‘200th Anniversary F.A. Lange’, which celebrates what would have been its founder’s 200th birthday. Equally enticing were offerings from Corum and Bell & Ross, which hat doff the 60th anniversary of the Admiral’s Cup and 10th anniversary of the BR-01 collections, respectively. But it was Vacheron Constantin that takes the cake with its 260th anniversary roll-outs, which range from a full-fledged collection, the Harmony (pictured), to the reference 57260, which claims the title of the world’s most complicated watch with 57 complications. 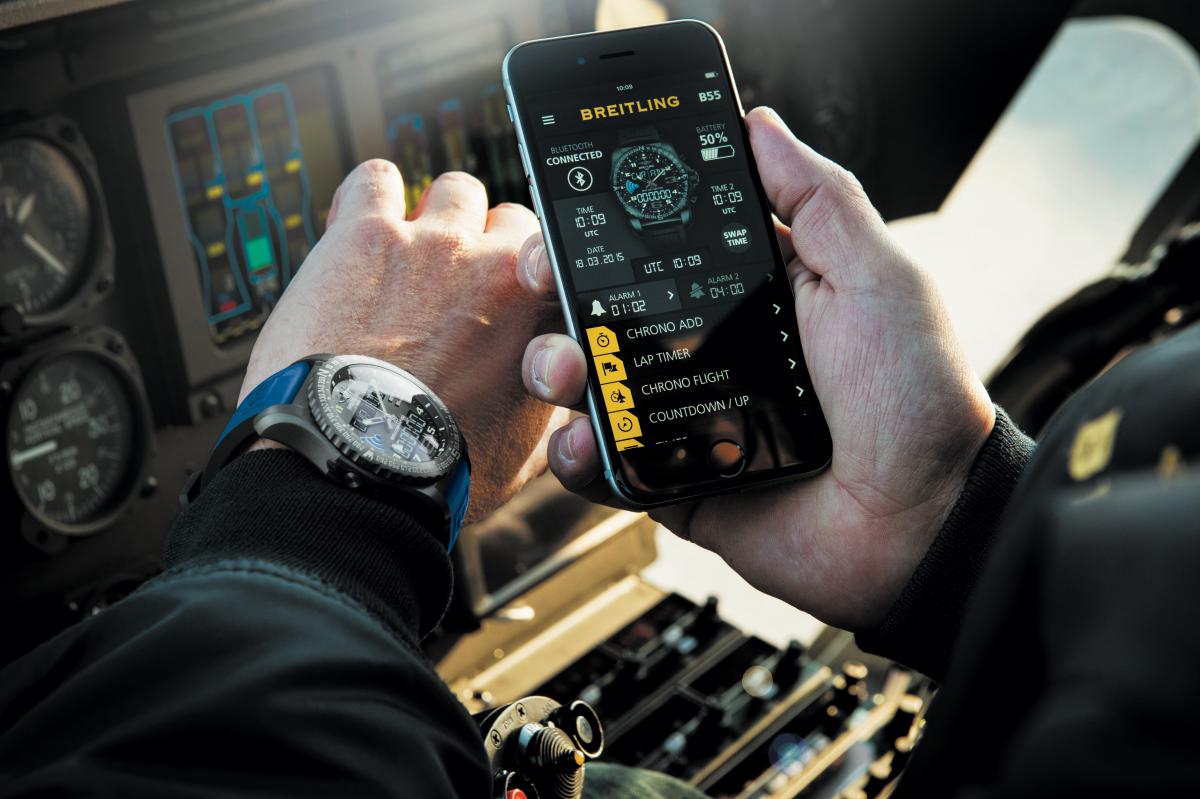 Call it the iWatch effect: the then-impending launch of the smart watch in January elicited a robust response. At BaselWorld, large signboard beckoned from TAG Heuer announced the launch of its “connected watch” in collaboration with Google and Intel. Elsewhere, the likes of IWC, Montblanc, Bulgari, Breitling, Frederique Constant and Alpina joined the chorus for digitally enabled horology. While all riffed to the same tune of wearable technology, there was variety. Breitling’s B55 Connected (pictured) is a digital chronograph that can be linked to the smartphone to remotely adjust the watch’s functions.

Days before the SIHH trade fair in January, the Swiss National Bank (SNB) announced that it will remove the minimum exchange rate of the Swiss franc versus the Euro. In the immediate aftermath, the Swiss franc spiked sharply. This led to some brands embarking on a ‘price harmonisation’ exercise to ensure prices do not differ dramatically from country to country.

Quite a few big boys looked into the stuff that really mattered and debuted new movements to lay the foundation for future creations. Of the lot, Rolex grabbed the biggest headline with the launch of Calibre 3255, its first new movement since 2012. Featuring the new Chronergy escapement – essentially an improved Swiss lever escapement with redesigned escape wheel teeth and a lighter escape wheel – the new movement is 15 per cent more energy efficient, granting up to 10 more hours of power reserve and precision rating of -2/+2 seconds a day – twice as exacting as the COSC standard of -4/+6 seconds day.

Artisanal horology has always been, and will be, intrinsic to luxury watchmaking. That said, dial decoration has been off the charts this year. The ones that took our breath away were timepieces featuring unorthodox or long-forgotten techniques. Blancpain’s new Métiers d'Art watch, for instance, features a dial that depicts a golden, hand-engraved Ganesh, created using the Japan-sourced shakudō technique, achieved by manipulating a gold-and-copper alloy such that it exudes a rich patina. 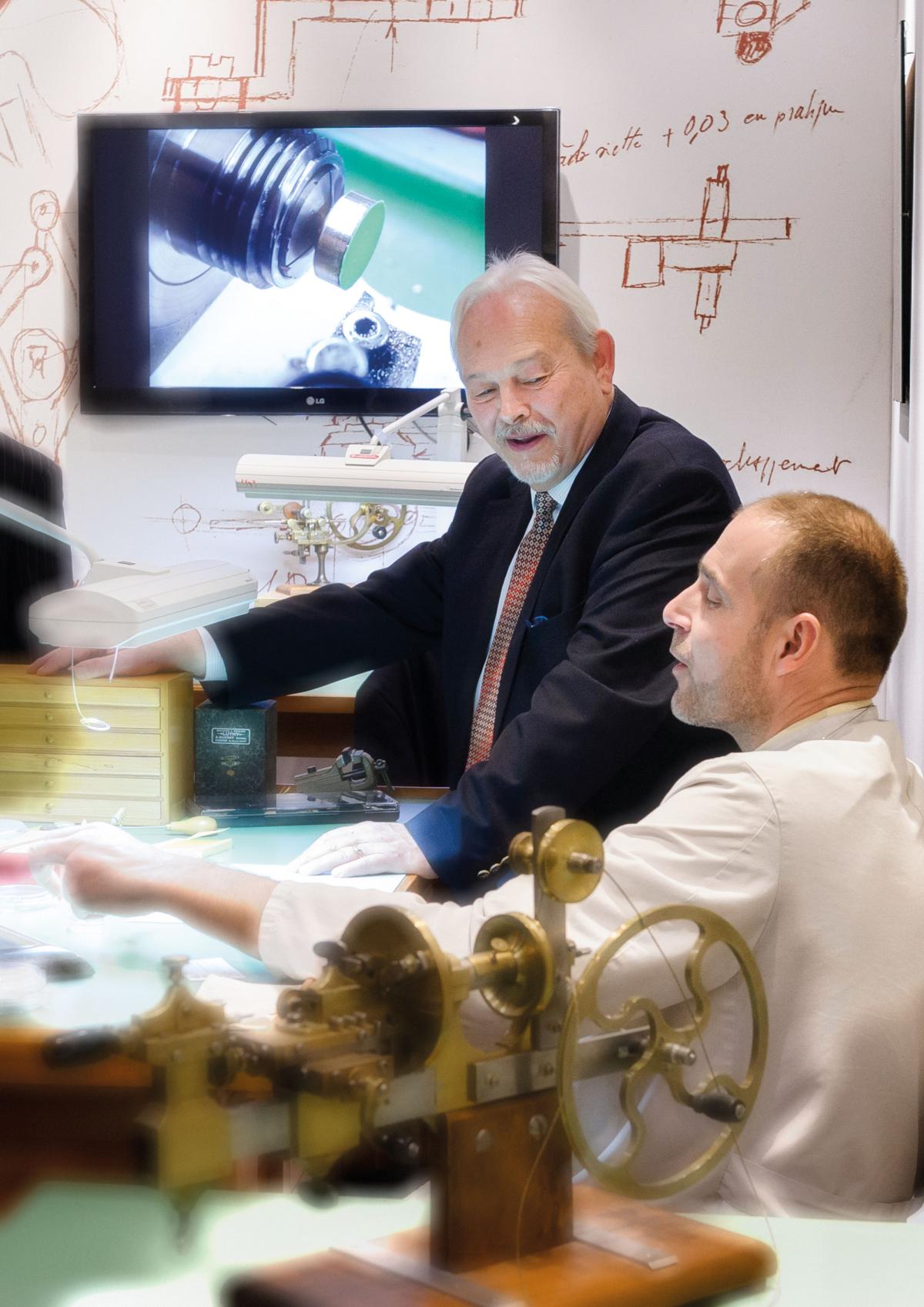 The ‘Le Garde Temps – Naissance D'Une Montre’ project spearheaded by independent watchmakers Robert Greubel, Stephen Forsey and Philippe Dufour has got to be one of the most important undertakings in contemporary horology.

The trio set out to create a self-financed incubator programme three years ago, with the objective of imparting what their collective know-how to a single watchmaker, in this case, French watchmaker and teacher Michel Boulanger, who would then go on to transmit what he learnt. The year, we saw the first fruits of the labour, when they presented the first working timepiece – a completely handmade and traditional tourbillon, constructed without a CNC machine in sight. 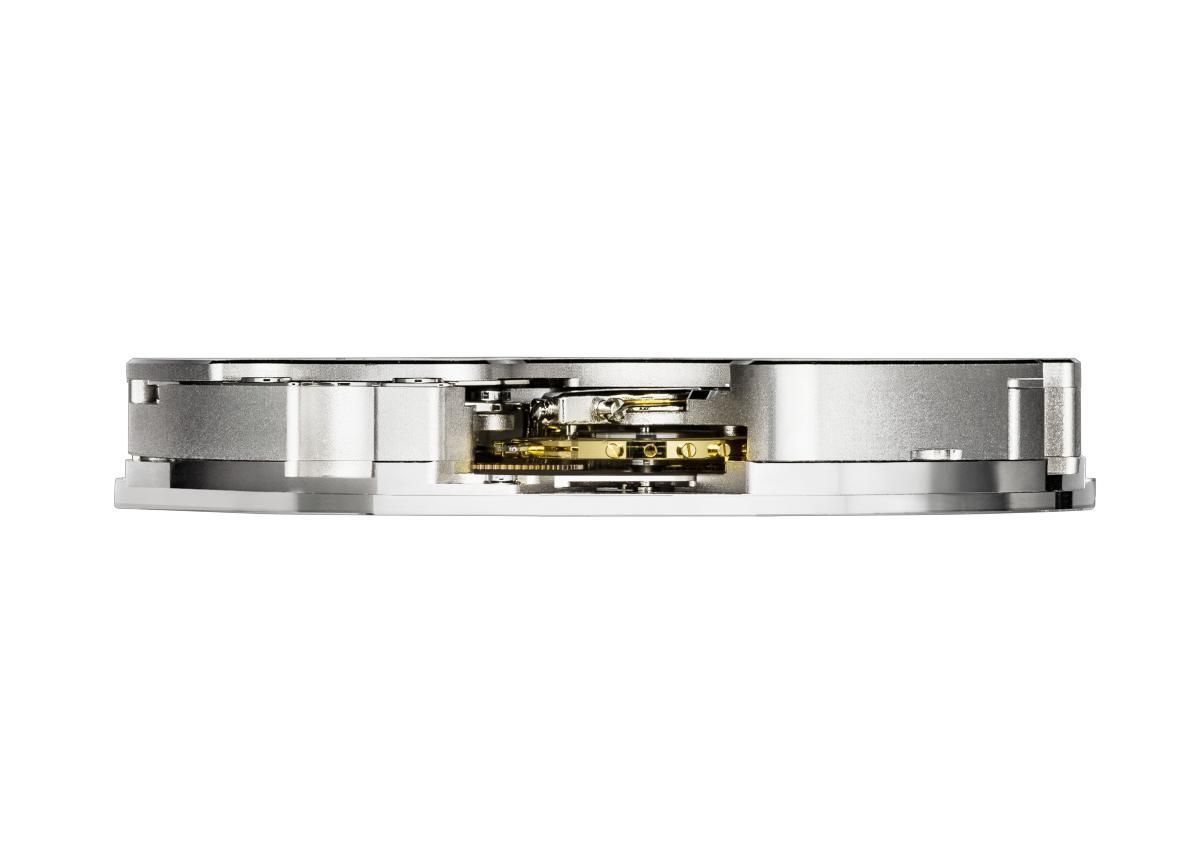 As with previous years, accolades for ultra-thin timepieces are much coveted and Piaget again ranks at the top of the pile this year with the Altiplano Chronograph (pictured), the world’s thinnest hand-wound flyback chronograph featuring a 4.65mm-thin hand-wound movement in a 8.24mm case. 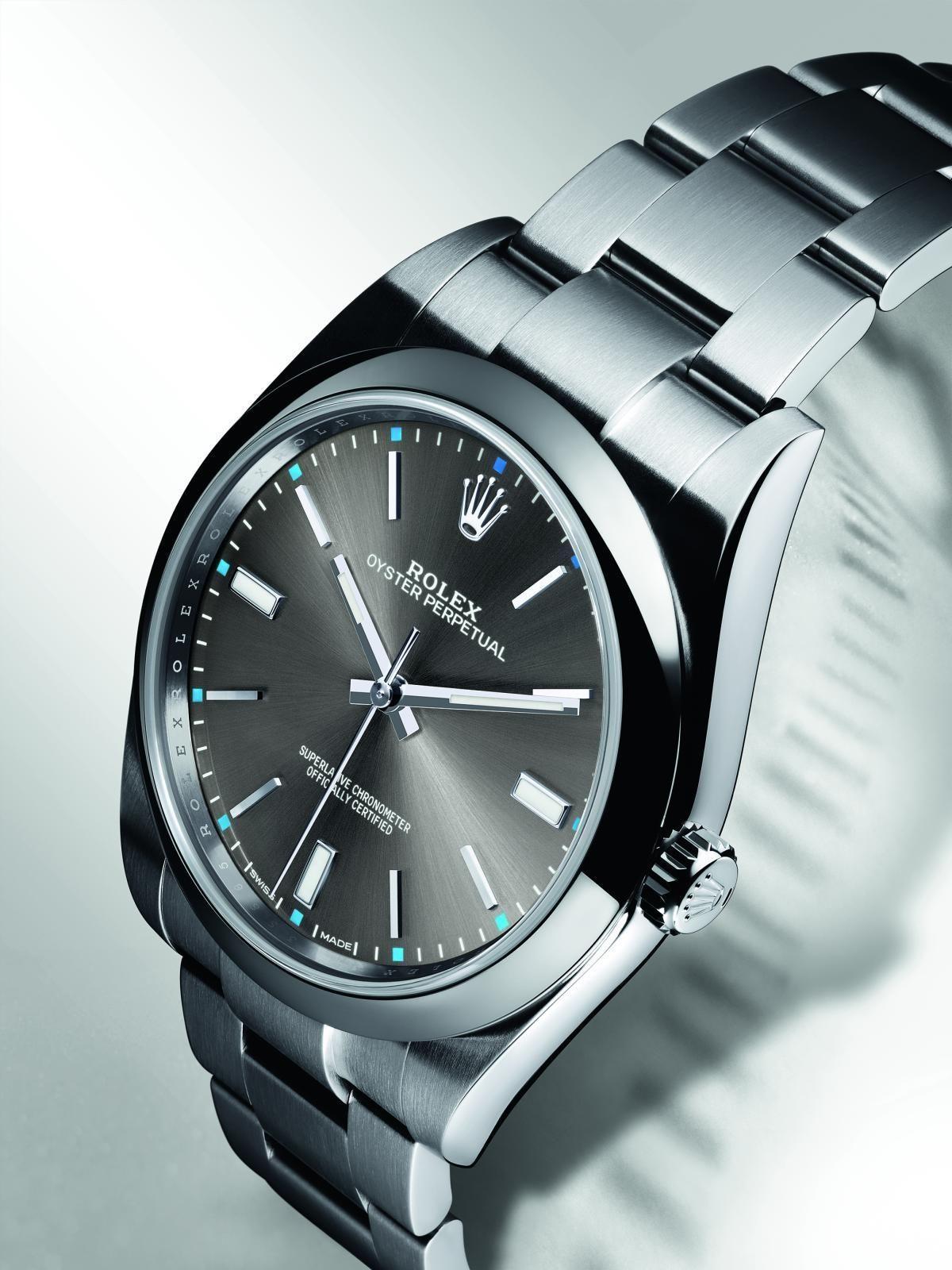 This is not the price harmonisation initiative that we touched on earlier, but rather a rash of new entry-level models with relatively accessible price tags to help budding watch lovers get in on the game. Rolex – incidentally, our choice for the first big-name brand to get – launched a no-frills Oyster Perpetual watch, retailing at approximately S$7,700 (pictured).