“Collectors of Patek Philippe are most likely go ‘very nice’ in a non-committal way." 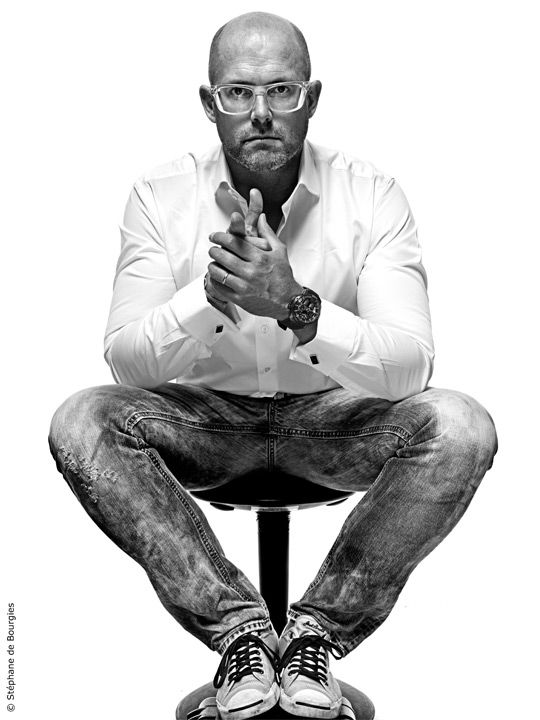 “Don’t get water inside your watch.” How many times have we been cautioned about this basic rule watch maintenance? Probably too often. Now, imagine Vincent Perriard trying to convince investors about his far-out idea that putting liquid in a mechanical watch isn’t merely a groundbreaking concept, but one with huge commercial potential. Sounds incredulous? It’s ok, Perriard understands.

“Of course, it sounded like a mad idea – something near impossible,” he says. But it is possible, and HYT, the brand that Perriard launched in 2012 with three other partners, championing the aforementioned concept, has hit the ground running.

Despite its short history, HYT has snared numerous awards, including Best Innovative Watch for its debut model the H1at the Grand Prix d’Horlogerie d’Geneve 2012, and to date has sold 700 pieces, averaging about 50,000 Swiss francs a watch. One of its most recent best-sellers is the Skull Maori (pictured), which features a slew of neat improvements, including continuously functioning bellows that generate enough power to propel the liquid, as well as the ‘eyes’ that gradually darkens to indicate diminishing power reserve. 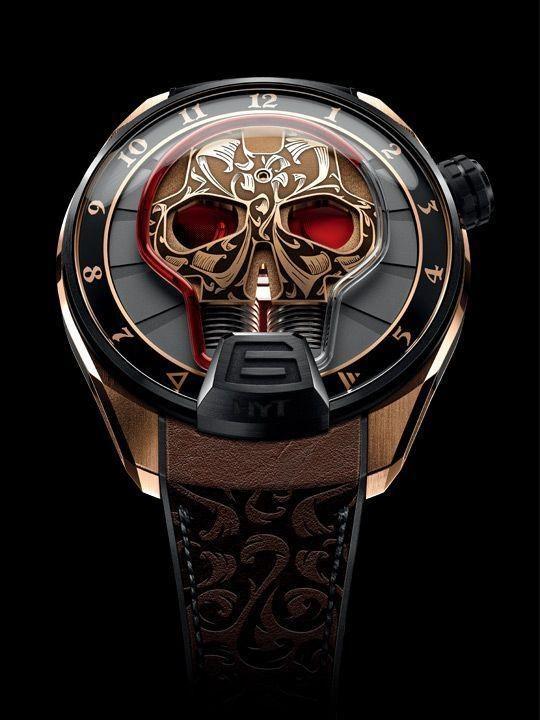 What are some of the best and worst comments that you have heard from collectors about HYT?
“If I were meeting collectors of Patek Philippe and Vacheron Constantin, they’d most likely go ‘very nice’ in a courteous and non-committal way. If they were those who collect Richard Mille and Audemars Piguet, they’d go crazy.”

How did the idea of HYT even come about?
“I’ve always had a dream of doing something crazy in watches. It was something that I thought about since 2007. I wanted to combine things that typically don’t come together – like liquid and mechanics. This idea of putting the two together intrigued me. I believed that if we did that, it would be a hit. The element of surprise is just too great, and it would be something truly revolutionary.”

How tough was the journey to making the idea happen?
“You cannot imagine the challenges we had to overcome. Pressure issues, temperature issues, chemical coating in glass tube, and so on. Some of the challenges seemed so insurmountable that we thought that they were going to do us in. But we stayed positive and kept going. In theory, it was supposed to work. And of course, the goal was not to produce one perfectly functioning watch, but several of them.”

Given the unusual nature of the watches, were there special checks designed to test them?
“Not at all. We apply the same pressure and shock tests as we would for other mechanical watch brands. The watches are sent to a lab for independent tests.”

What about after-sales service? We imagine that a HYT watch would be a challenge to repair.
“The technology is very complex, but we have built the movement and liquid system in a smart way. They are built modularly, so in essence, you can remove the case and swap the existing faulty liquid system with a new one. The complex part I would say, lies in the setting of the interface between the liquid and mechanical system.”

Have you had watches sent back for servicing? What are the common problems of your early models?
“Of course, we’ve had watches sent back for servicing. Most times, the watches are damaged because the owners get too enthusiastic about demonstrating the mechanism and handle it in a rough way. Otherwise, I can say that the watches are built for everyday wear.”

HYT is only three years old but there is already a huge repertoire, about right collections – and it continues to grow.
“We want to show that our technology can be deployed in many different ways. Moonphase with liquid? GMT with liquid? There are so many things to look into. The technology we use now determines the size of the watch. We need to accommodate the size of the bellows and the way that the capillaries are run. So now, we are working on reducing the diameter and thickness of the watch. We have some progress in this area and are looking to penetrate the ladies’ market with this development. This will probably take another two years.”

The future for HYT seems rosy. More good times ahead?
“I’ll share with you a story. When we launched in BaselWorld 2012, received orders that amounted to almost 20 million Swiss francs in sales. The problem was to meet the demand. We made only 25 pieces that year. To compound that, new construction challenges turned up and we had to stop production for six months. We could only start selling watches again in September 2013. Does the future look bright? All I can say it that it will be an adventure. We expect it, especially for people like us, who believe in creating innovative products.”

More in this category: HYT Skull Axl Rose: Five Things To Know
back to top