Appetite for de-construction? Here are five things to know about the Axl Rose-inspired HYT watch. 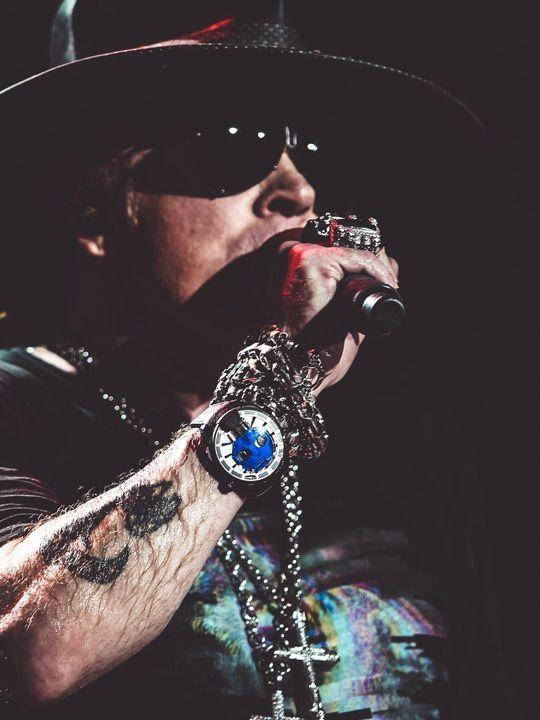 Named for the Guns N’ Roses frontman, the Skull Axl Rose is a bona fide rock ‘n’ roll timepiece, complete with a badass skull and black fluid bellowing the hours. In simple terms, it’s a watch with attitude. Lots of it.

Based on HYT's iconic Skull series, the timepiece employs two flexible reservoirs with a capillary at each end—one containing black fluid and the other, a transparent one. The only thing keeping them apart is the force of repulsion in the molecules of the two fluids. Piston-driven bellows pump the liquid through the capillaries to indicate the hours—an HYT signature. In CEO Gregory Dourde’s words, the brand is “just at the beginning of the exploration of hydro-mechanical innovations” and this watch bears testament to its avant-garde creativity. Here’s what you should know about it:

IT IS DESIGNED BY AXL HIMSELF 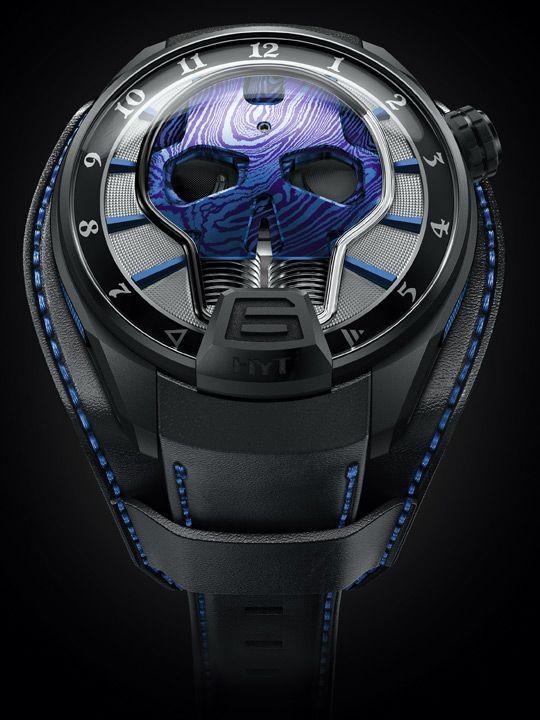 Didn’t think you’d find rock ‘n’ roll and haute horlogerie in the same sentence? This timepiece proves just that. HYT co-founder Vincent Perriard reveals he went backstage to meet the singer after he played in Bern. “He wasted no time in conceiving his own model, whose spirit was very well defined when we discussed it with him. We have created it for him. This is his watch, exactly as he designed it. We are particularly proud of it,” Perriard says.

IT HAS A MYTHICAL AIR
The textured look on the skull is inspired by a legendary, almost mythical material called Damascus steel. The steel was used to forge weapons, especially swords, used by warriors in ancient times. The exact formula for the steel has been lost through the ages but its characteristics include distinct watery lines and patterns. The Skull base chosen by Axl Rose is based on steel that has been crafted with a re-creation of the same patterns, finished with a stunning blue tint. 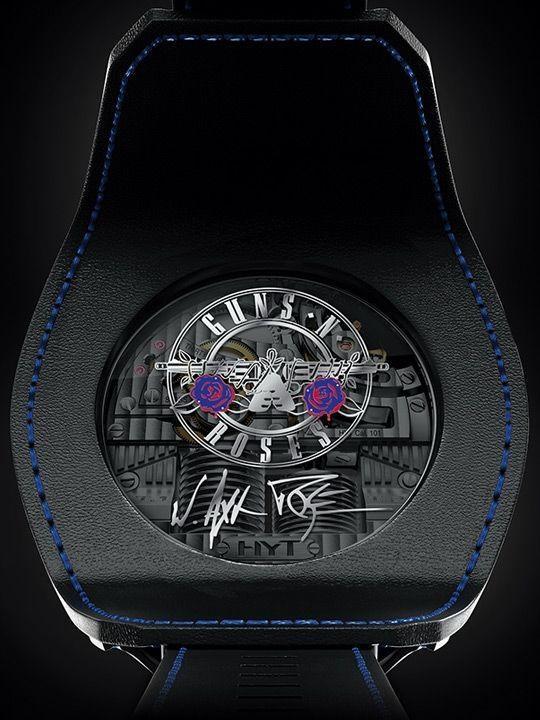 This is probably as close as it gets to having the man himself scrawl his name on your watch. Emblazoned across the sapphire caseback is the iconic Guns N’ Roses logo with Axl Rose’s signature below on the metallised 51mm sapphire case.

IT COSTS AS MUCH AS A PRETTY ROCK
With all the creativity and technology that's gone into the watch (not to mention its collectibility), you'd expect to fork out a substantial amount for it. S$140,000 or RM460,000, to be exact. We think it's worth every dollar, though, for the sheer amount of innovation and technical mastery that goes into it. And bragging rights as only one of 25 to have an Axl Rose original.

"JUST A LITTLE PATIENCE... YEAH", IF YOU WANT ONE
The lyric from Guns 'n Roses' famous acoustic ballad really haunts this one. Limited to just 25 pieces, the watch is not available just yet. Want a closer look? You’ll have to wait till the end of March to get your hands on the timepiece. But from what we saw at this year’s SIHH watch fair, it’s definitely worth the wait.