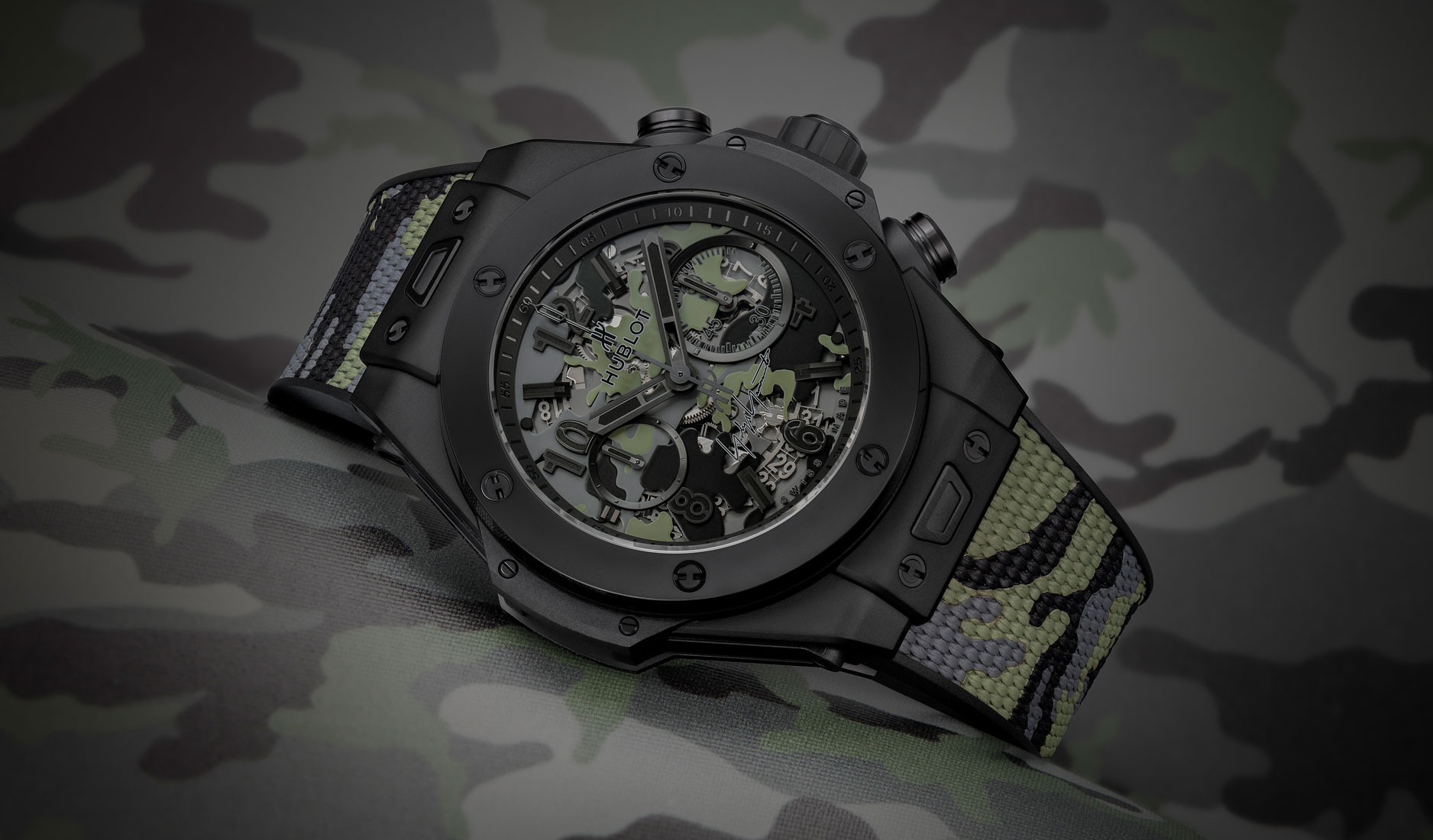 Yohji Yamamoto fans will know his penchant for the colour black. The acclaimed Japanese designer once famously said of the hue: “Black is modest and arrogant at the same time. Black is lazy and easy, but mysterious. But above all, black says this: ‘I don’t bother you – don’t bother me’.” 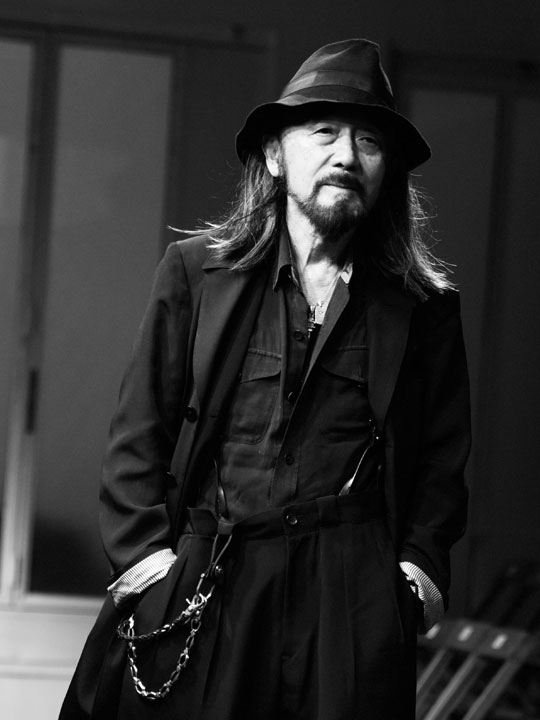 This notion of wanting to be left alone, to somehow blend into some sort of obscurity, was the perfect driver for the monochrome Big Bang GMT All Black Yohji Yamamoto launched earlier this year in May, that adhered firmly to the All Black concept of ‘invisible visibility’.

With Hublot’s latest Yohji Yamamoto collaboration, the resulting Big Bang Camo Yohji Yamamoto once again takes the idea of blending in - albeit amongst the fashion crowd with eye-catching camouflage prints lavished on the dial and strap.

Hublot CEO Ricardo Guadaupe explains: “Like Hublot, Yohji Yamamoto is constantly questioning the traditional tenets of the world he takes on—fashion—in his own creations. The unique character of his creations, which use surprising materials not usually used in the world of fashion, make him a pioneer in the industry. This stance is not dissimilar to the philosophy behind the creation of our watches.” 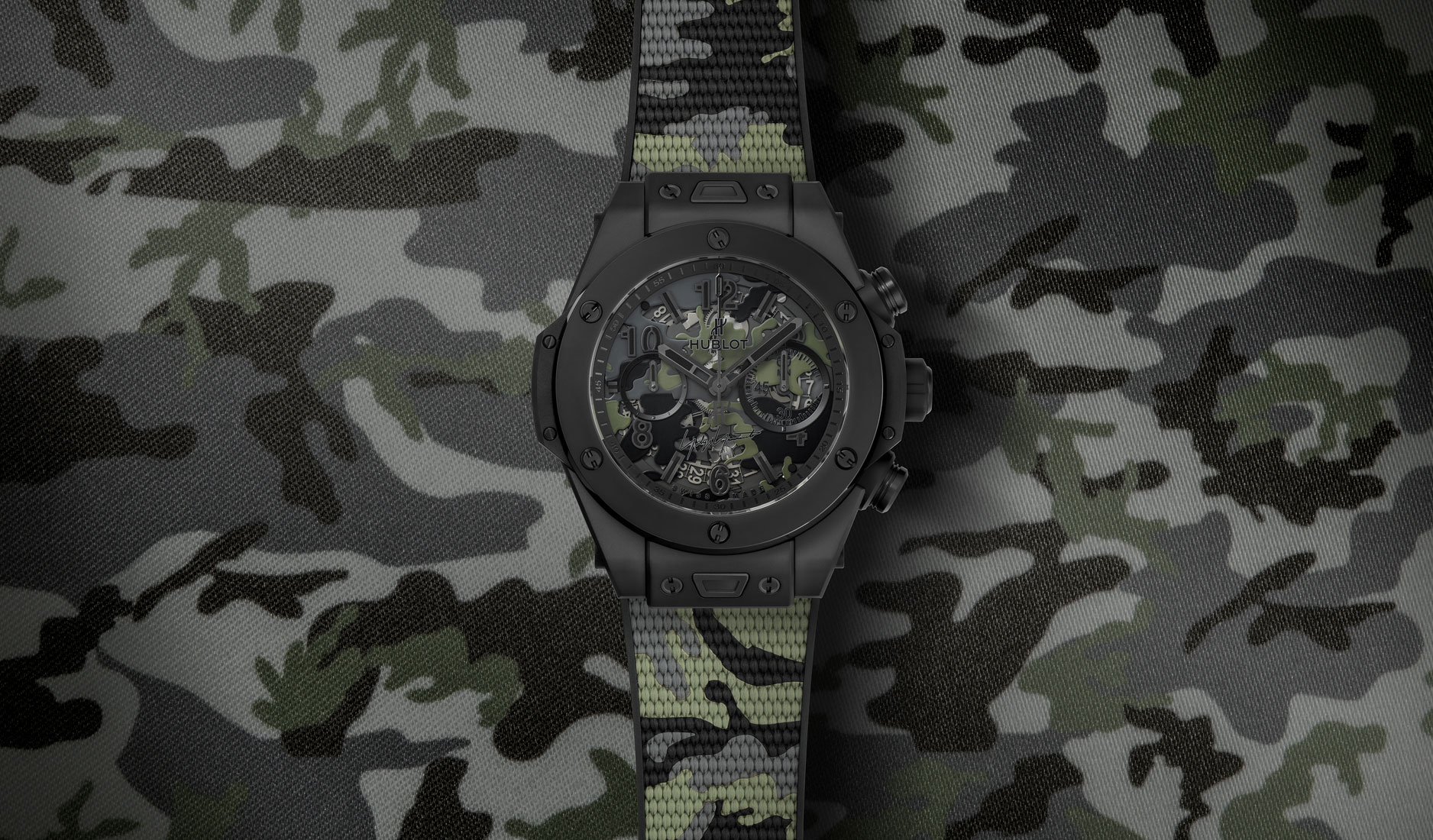 Always experimenting with materials, whether in cases or straps, Hublot endows the Big Bang Camo Yohji Yamamoto with a strap fashioned through the process of vulcanisation. A process pioneered by Hublot for watch straps, vulcanisation is where rubber is hardened through a chemical process to increase its strength, resistance and elasticity. In the Big Bang Camo Yohji Yamamoto, the camouflage patches are individually cut out before being vulcanized. 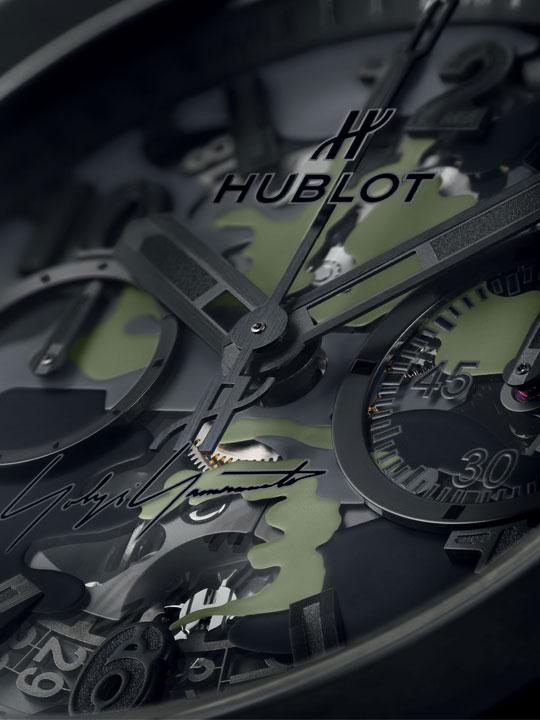 The watch is sized in a typical 45mm case, cut from matte black ceramic. On the camouflage dial—formed with biomorphic patches—is Yamamoto’s signature at six o’clock. Limited to 200 pieces, the Big Bang Camo Yohji Yamamoto employs the Calibre HUB1242, a UNICO self-winding flyback chronograph movement with column wheel and 72 hours of power reserve. The watch also comes with a second strap option in black fabric with microblasted black ceramic buckle. 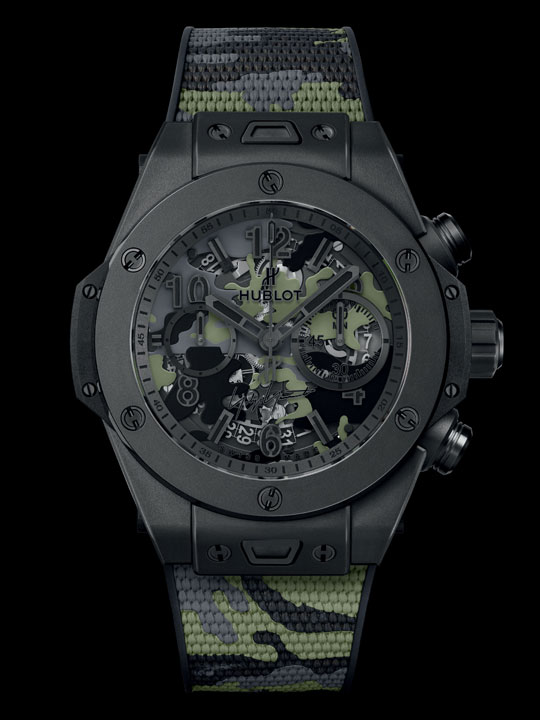 There are camouflage watches aplenty out there, but as far as design and material application go, this is one of our favourites so far. Of course, the artistic sensibilities of Yamamoto can’t hurt. Couple that with the high-tech capabilities and solid watchmaking of Hublot, and you’ve got yourself a timepiece that’s loaded with both style and substance.