The Skinny On Skeleton Watches

WHY EVEN DO THAT?

A skeleton watch is one of those inexplicable creations of haute horlogerie. As the name implies, a skeleton watch is a bare-bones mechanical timepiece. Here, all excess metal on the dial and movement are removed. This is so the wearer can look through the watch from both front and back. This then begs the question: why would one risk the performance and robustness of a perfectly functional watch just to do that? 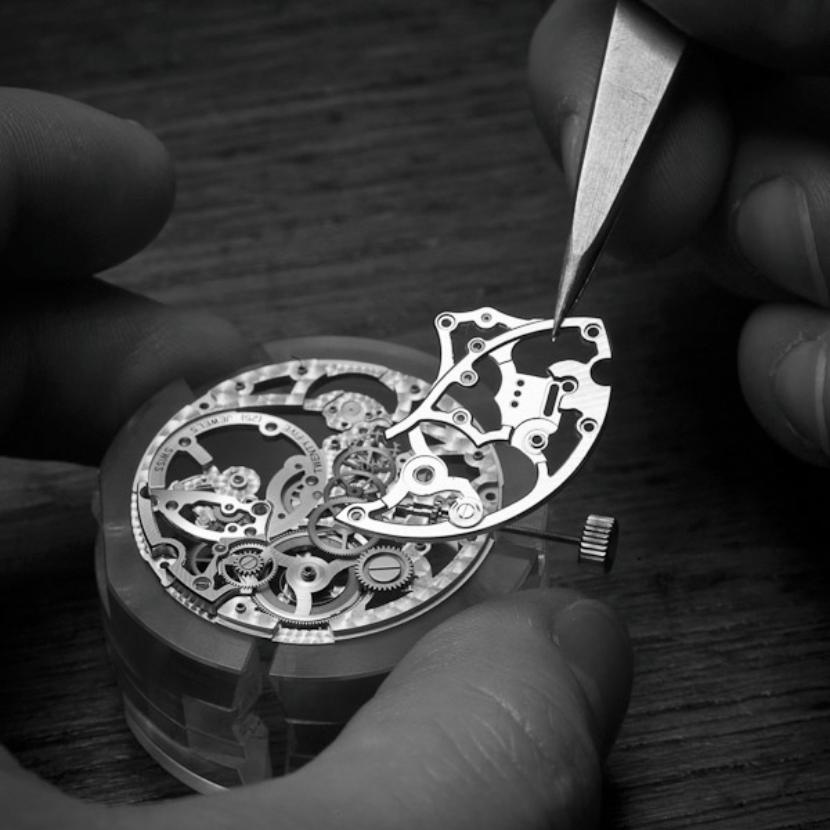 This much is confirmed by watch historians: the earliest skeleton watches were made in the 1700s by master watchmaker André-Charles Caron. Caron had hoped to pique interests of customers, as he ran a shop on rue Saint-Denis in Paris. He thought that a great way as to do so was to uncover his watches’ inner workings. 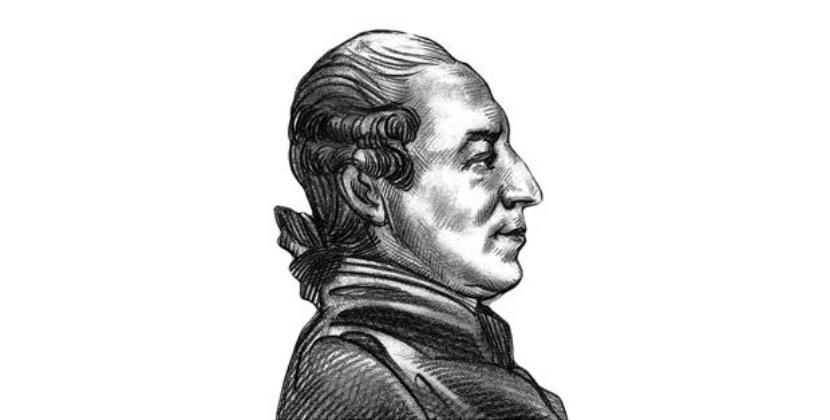 Oftentimes, the art of skeletonisation sacrifices a watch’s legibility. It is indeed a challenge for one to see where the hour and minute hands are pointing, especially when they are lost against a web of exposed plates, gears, wheels and bridges. Until recently, engraving the remaining parts with intricate motifs were de rigueur for artisans working on skeleton watches, which makes them even harder to read.

At Vacheron Constantin, one of the craft’s strongest proponents, skeletonising a movement starts with the drilling of holes in the bridges, bars and main plate on a machine. The skeletonised components are then subjected to a slow electro-discharge process to remove even more metal. (The final components can lose up to half of their initial volume in the course of the process.) The movements are then sent for quality checks to ensure that they are not deformed, before finally ending at the hands of craftsmen to embellish and finish every visible surface. 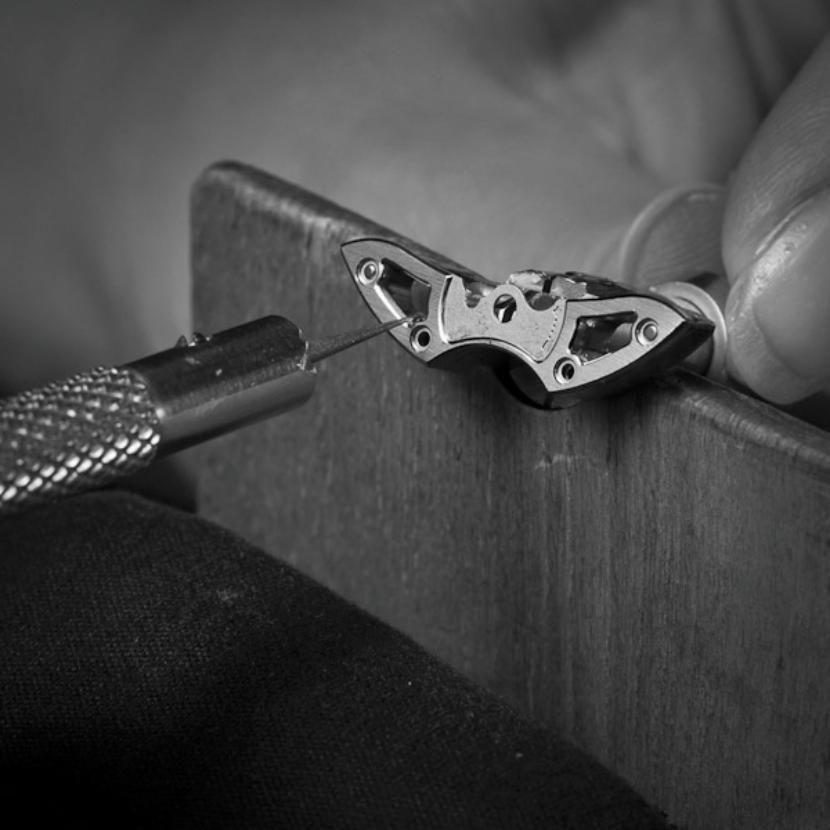 Skeleton watches are enjoying a resurgence with more contemporary designs. Traditionally, skeleton watches are decorated to a high degree – all visible surfaces on the movement, whether front or back, are blank canvas for engravers, as expressed on Vacheron Constantin’s Meiter d’Art Mechaniques Ajouree seen below. Modern skeleton watches are usually more restrained. They instead draw focus to the movement architecture with the exposed surface simply brushed, polished or treated with coating, such as this example from Piaget, the Altiplano Ultra-Thin Skeleton Watch. 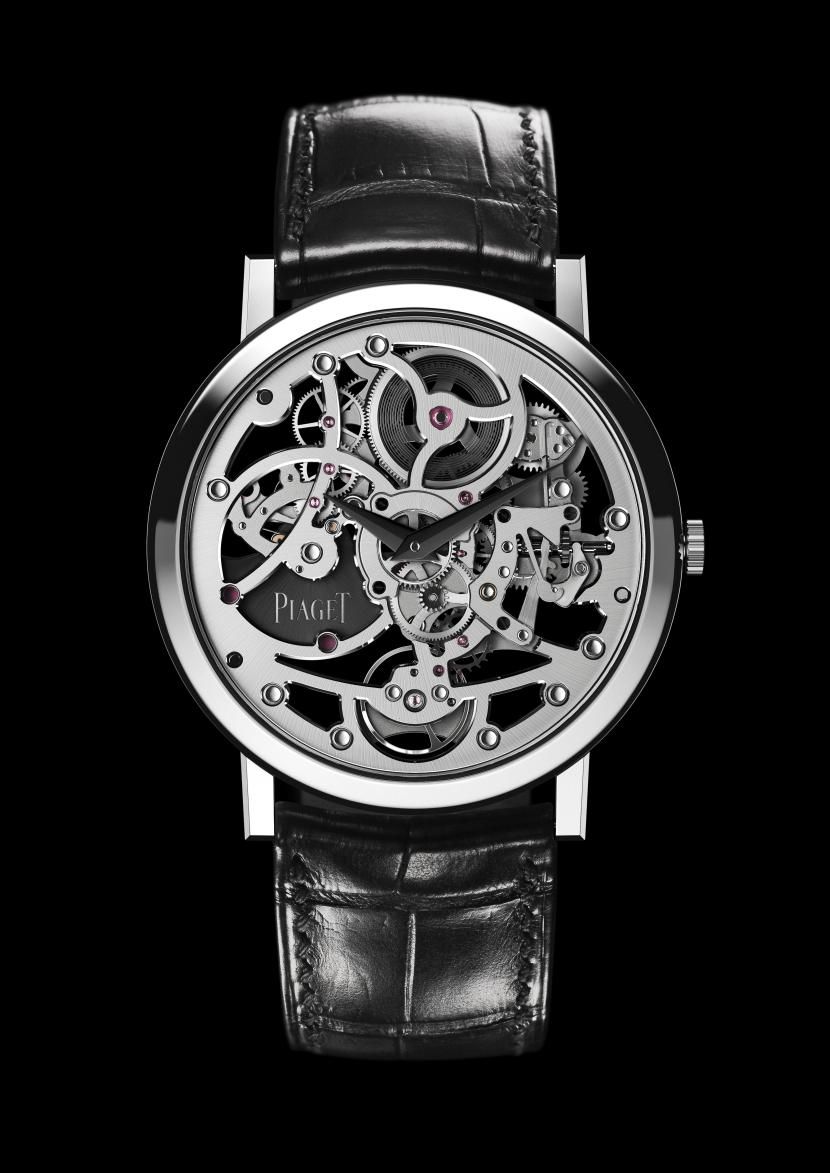 SIHH 2015 uncovered quite a few scintillating models, chief among which are from Roger Dubuis, which  dedicated its entire 2015 catalogue to skeleton creations. Roger Dubuis’ cybernetic-style creations (below, top image) boast the Geneva Hallmark that span sporty designs and bejewelled pieces, to high complications. Elsewhere, Parmigiani’s Tonda Squelette models (below, bottom image) will appeal to collectors who delight in the minimalist, artfully unadorned modern iterations of the skeleton craft. 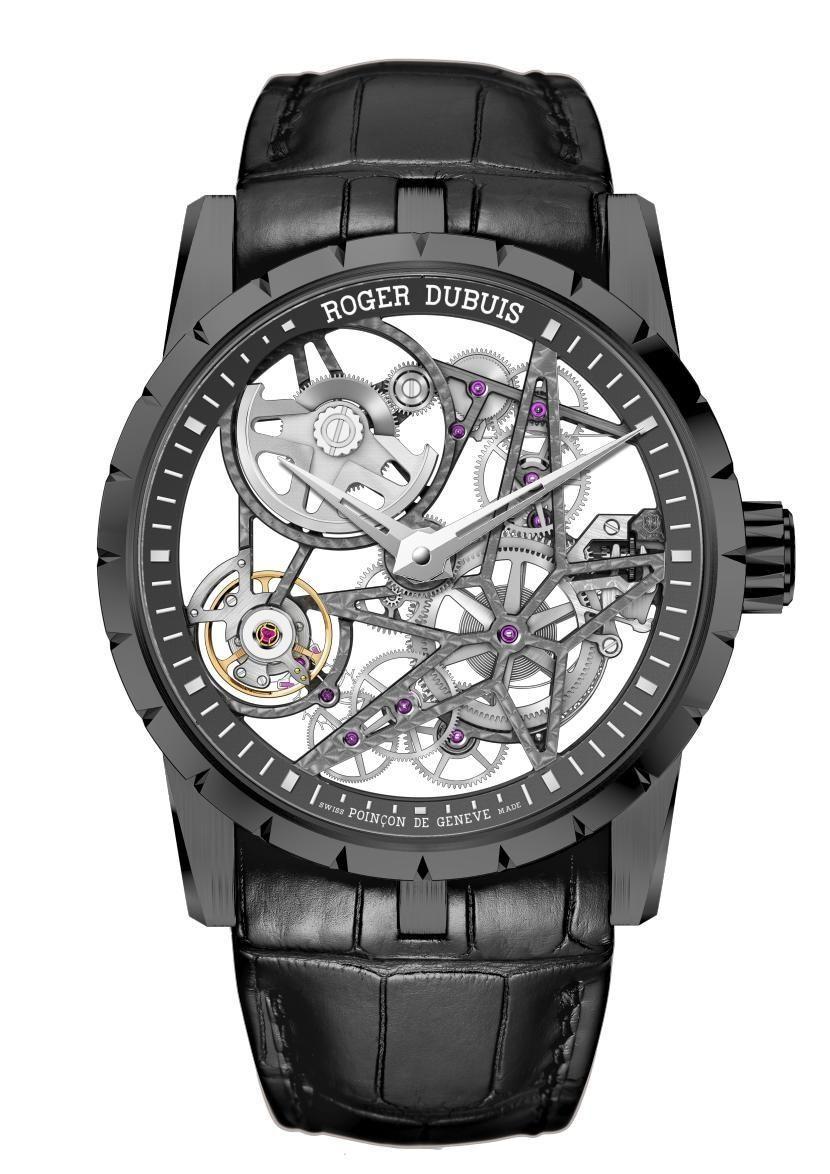 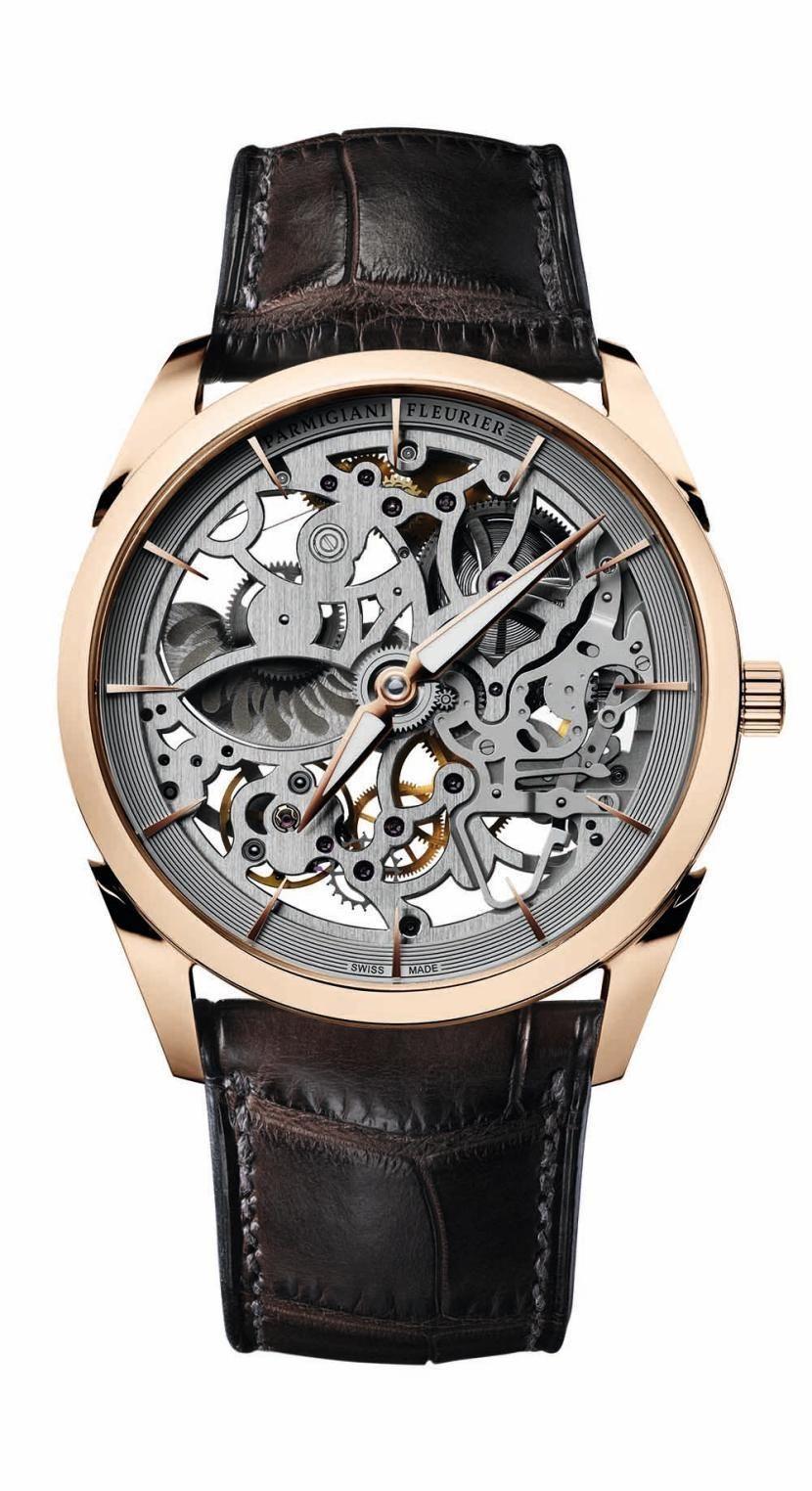