A Guide To Sapphire Crystal In Watches

Or, how did sapphire crystal become the Thor of dial protectors. 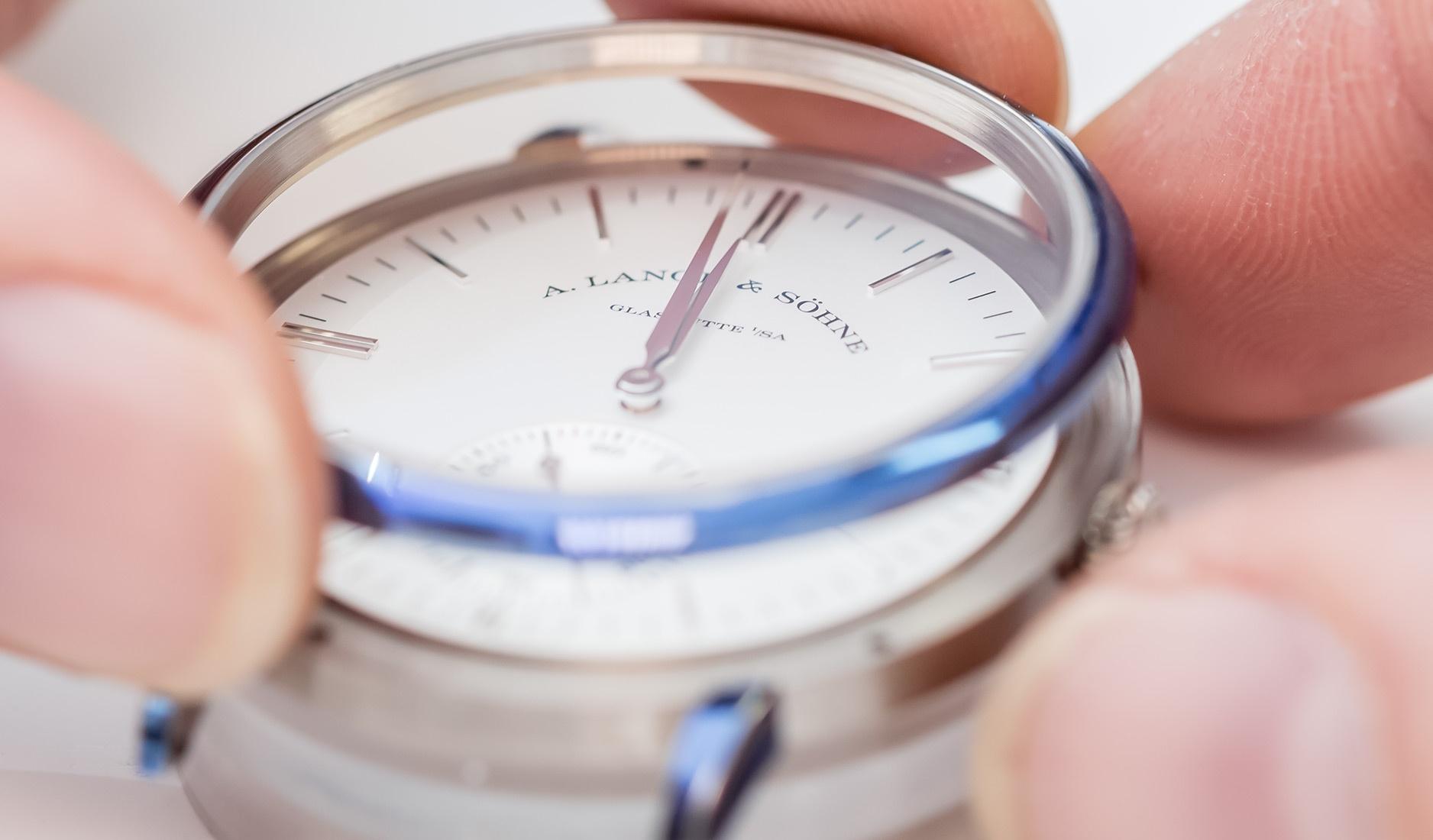 Fitting the sapphire crystal on an A. Lange & Söhne Saxonia watch

It’s that thing that freaks watch owners out the most – a tiny scratch on the surface of a watch dial that seems to get worse each time you look at it, until it manifests as a gaping gash that requires immediate surgery before that scarring (in your mind) becomes permanent.

Watches today typically feature one of three types of dial coverings. Plexiglass (a clear, lightweight plastic), mineral glass (compared to window glass), and sapphire crystal, listed in order of low-to-high degree of prestige. The first two materials are usually found in low to mid-range timepieces, as they are relatively cheaper to produce and are relatively robust against impact. However, they are also more susceptible to scratches. For the record, hardness is measured with the Mohs scale of mineral hardness from 1 to 10. Diamond is the hardest at ‘10’, while mineral crystal rates about ‘6’ and acrylic approximately a ‘3’.

Thank the horological gods, then, for the sapphire crystal. First used as a covering for watch dials in the 1960s, it is known to very hard (it measures around ‘9’ on the Mohs scale) and is almost impervious to scratches. In fact, marketing materials commonly cite it as ‘scratch resistant sapphire crystal’, and it is now a standard feature in many high-end watches.

Sapphire crystal has its roots in a process developed by French chemist, Auguste Verneuil, in 1883. The method involved melting finely powered aluminum oxide via an oxyhydrogen flame, and then crystallising the droplets. Verneuil found success with making synthetic rubies, before finding ways to synthesise other types of gemstones.

To be clear, Verneuil’s discoveries were a long way from the sapphire crystals that we see in today’s watches. But if one were to pay homage to a source, Verneuil, whose methods continue to be used today, with fruits of his labour literally in plain sight of all watch lovers, deserves recognition.

WHAT IS IT, REALLY?
Sapphire crystal is a synthetic material that is made from a process of crystallising pure aluminium oxide at very high temperatures. Like naturally occurring sapphires, synthetic sapphire is just as hard – just a grade behind diamonds on the Mohs hardness scale. Processing raw sapphire crystal into shaped dial coverings is an expensive process, as they need to be sliced, ground and polished using special tools. As such, one usually finds sapphire crystals in higher grade timepieces. 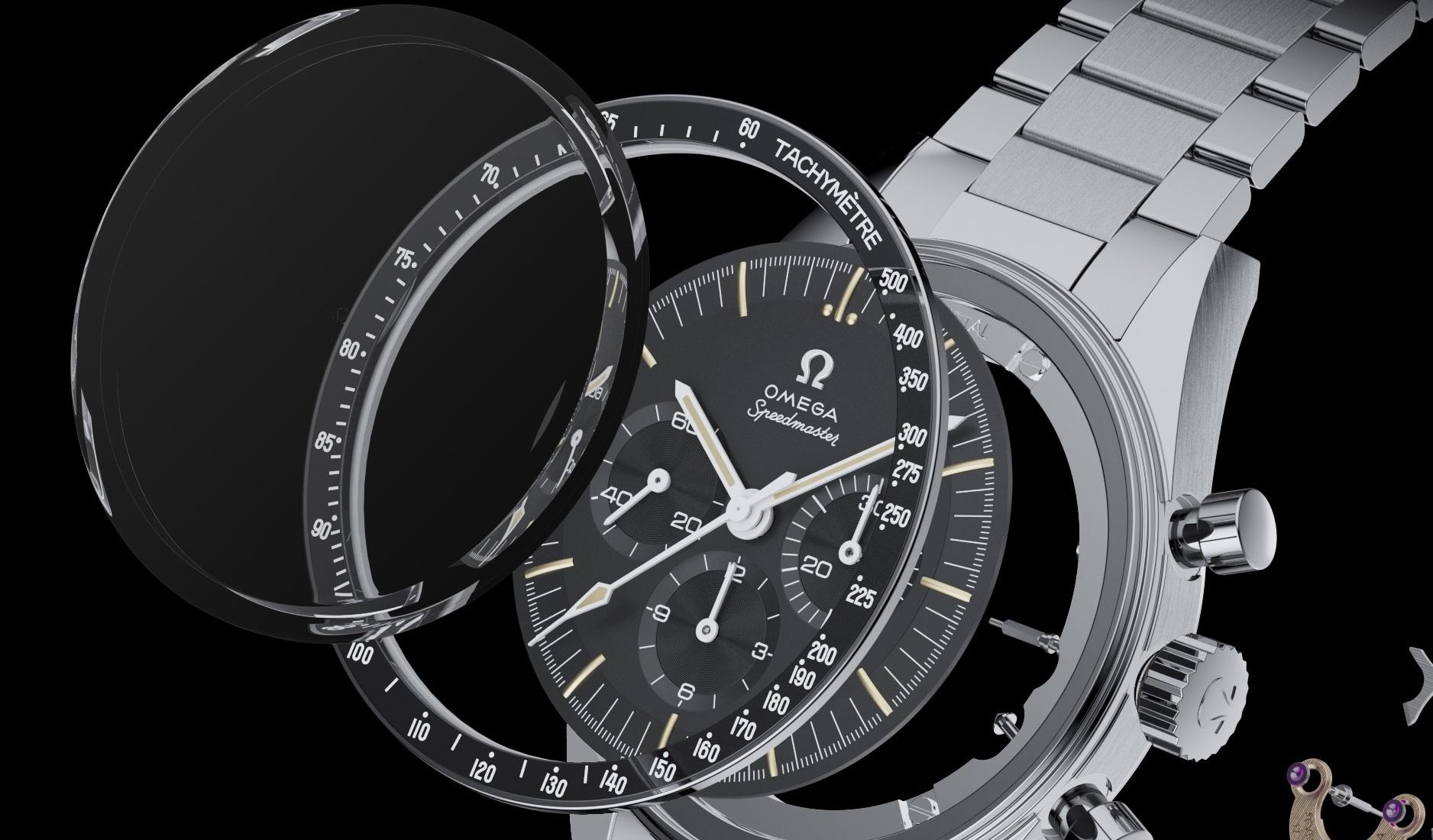 LOOKING SHARP
Besides hardness, clarity is paramount to the efficacy of dial coverings. While it is true that sapphire crystal is more reflective than mineral crystal, the drawback has been negated by the application of one or several layers of anti-reflective coating, sometimes on both sides of the crystal. Even though chemical compounds like titanium and iron can be added to the process of crystallising aluminium oxide to produce coloured sapphires, it is rarely used on dial coverings, except for instances where a brand might want to go for a coloured or smoked effect on the sapphire crystal. 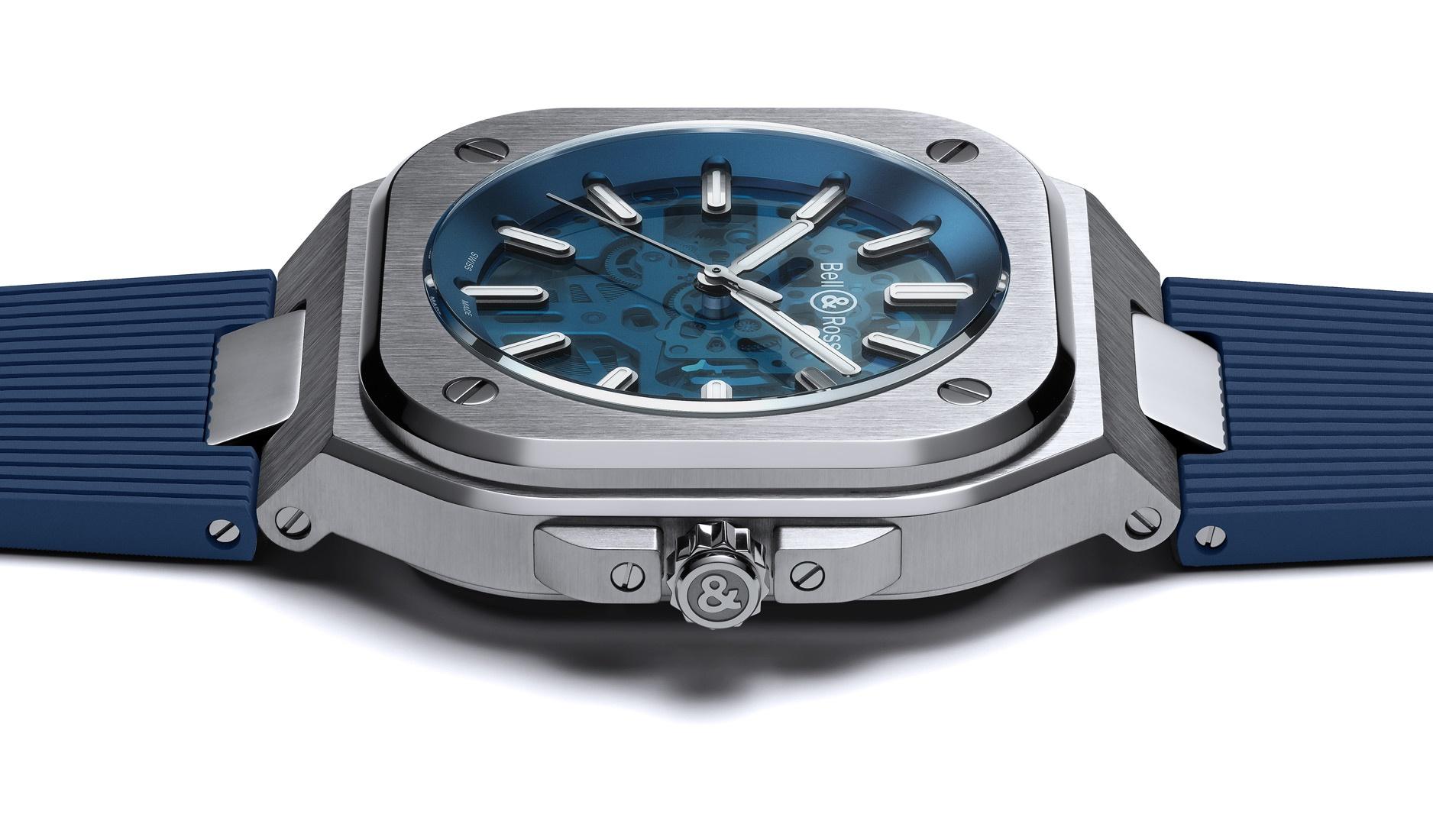 BEYOND THE DIAL
Given that ‘what’s next?’ is probably the most common question asked in the watch trade, it is inevitable that the more deep-pocketed and progressive brands have taken to pushing the envelope with sapphire crystals.

Richard Mille was an early proponent with the RM056 a watch with a sapphire case. Soon enough, brands as diverse as Bell & Ross (BR-X1 Tourbillon Sapphire), MB&F (Horological Machine No. 6 SV) and Hublot took up the mantle. The latter has been particularly impressive with its sapphire-led charge, demonstrating it most recently with the Big Bang Integral Tourbillon Full Sapphire, a watch that accords almost total transparency with its case, individual bracelet links and even movement bridges crafted in sapphire crystal. 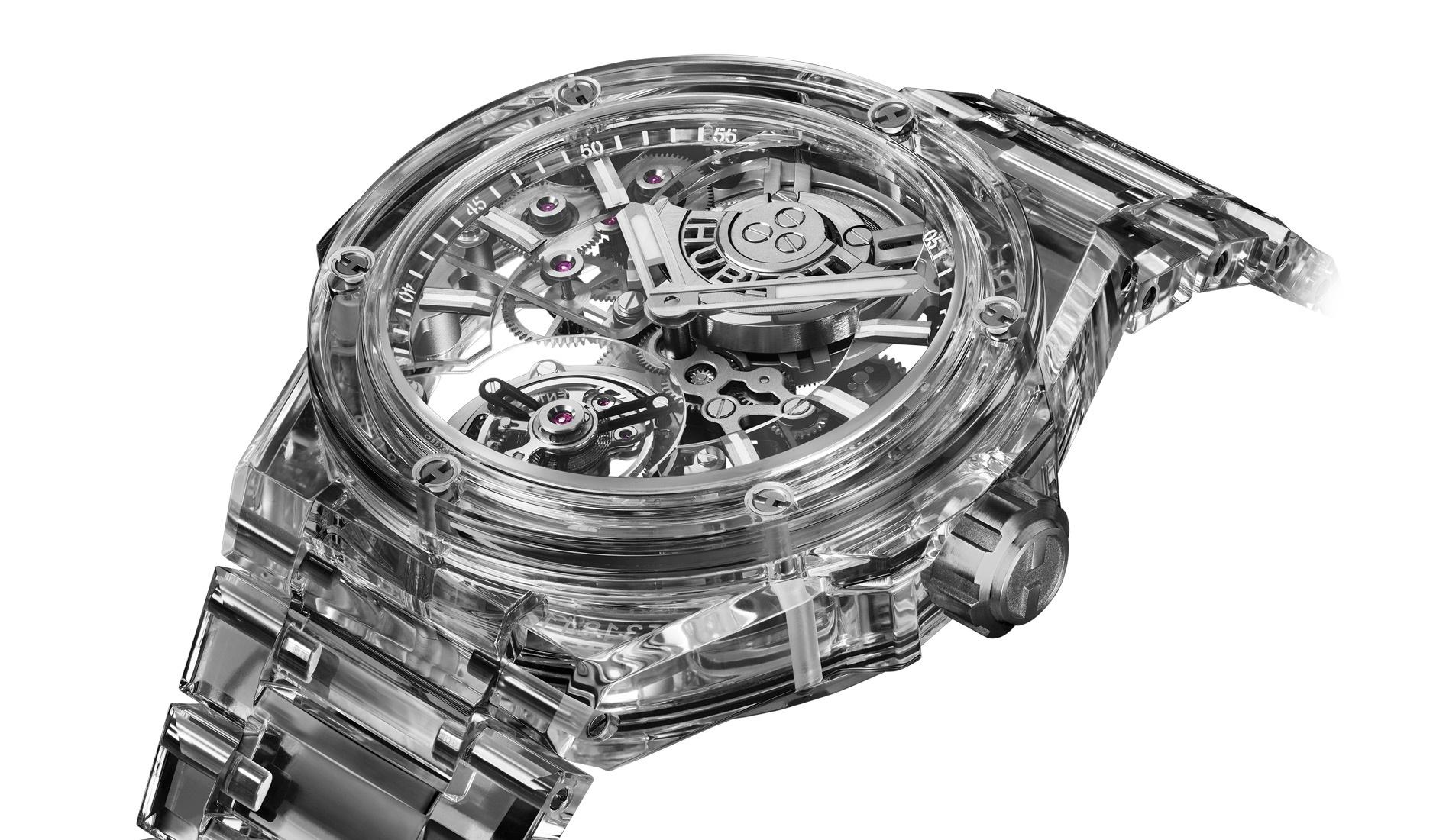