5 Things To Know About The Mechanical Movement

Why choose a mechanical movement? Like how we forge close relationships, it is important to look beyond the surface with the timepieces we procure.

IT'S ABOUT INNER BEAUTY

At first, we might be impressed with how a watch looks, its lineage, brand equity or even its accompanying marketing spiel. Beyond these, however, a determining factor one ought to consider when purchasing a timepiece is this: what kind of movement does one want in the watch? Pictured here is Patek Philippe’s Calatrava Pilot’s Watch with open case back. 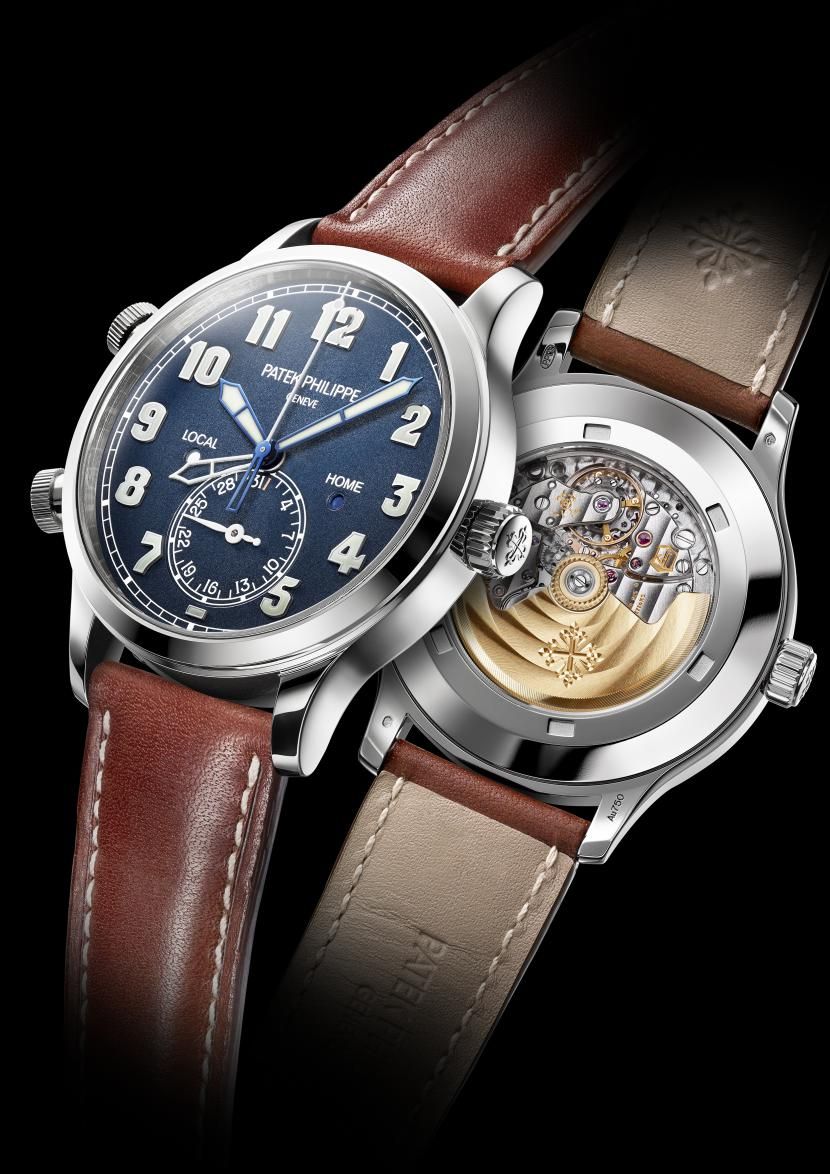 A MOVEMENT IS THE SOUL OF THE WATCH

A movement is the engine that drives a wristwatch. It is a watch’s heart – and to many connoisseurs, its soul. A watch movement comprises an assortment of mechanisms that enables the watch to show the time. It does everything from winding up the power and storing it, to regulating and transmitting the energy at intervals so that the hour, minute and second hands can display the time accurately. 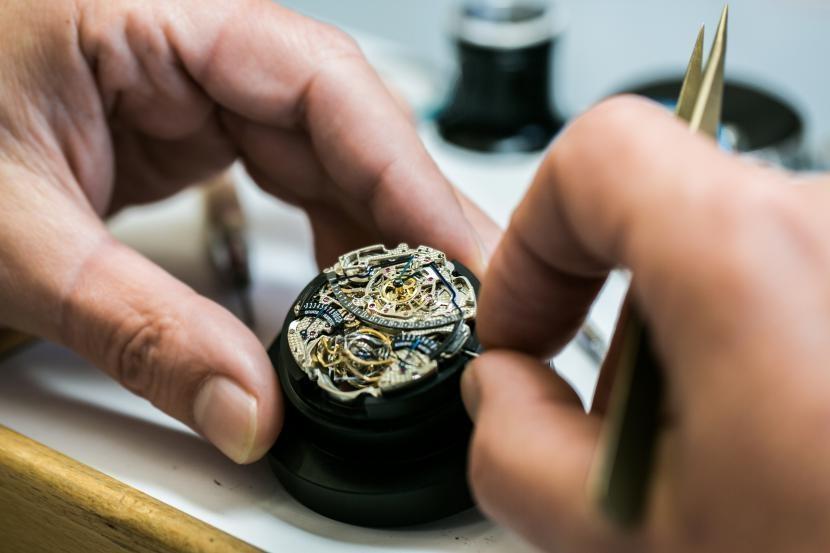 THERE ARE TWO KINDS: QUARTZ AND MECHANICAL

Quartz movements, which surfaced in the late 1970s, are battery operated. They are highly accurate and low-cost, and are found in many standard, no-frills timepieces.

Mechanical movements are driven entirely by mechanical components. They draw on energy from a wound spring, rather than a battery, to power the watch. This spring stores energy and transfers it through a series of gears and springs, which regulate the release of energy to power the watch. Mechanical movements are either hand-wound or automatic. Pictured here is an exploded view of an automatic Roger Dubuis movement. 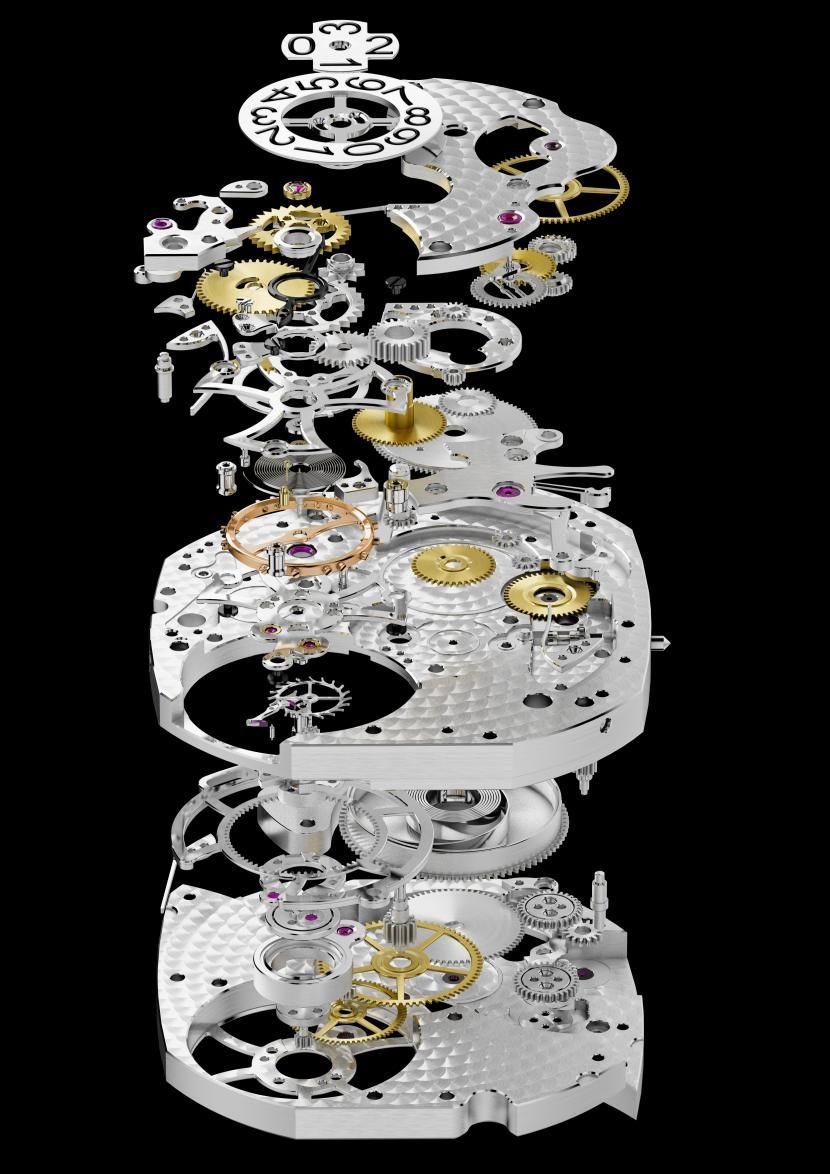 HERE ARE THE KEY COMPONENTS

A movement is linked via several key components. There is the winding system (A), which can come in the form of a stem attached to a crown, or a winding rotor. This is connected to the winding barrel (B), which contains a mainspring that stores the watch’s energy when it its wound. The energy is then transmitted through a gear train (C), which is a series of connecting wheels. At the end of the gear train is the escapement (D), a set of mechanisms that regulate the energy so that the movement ticks at an accurate and precise rate. 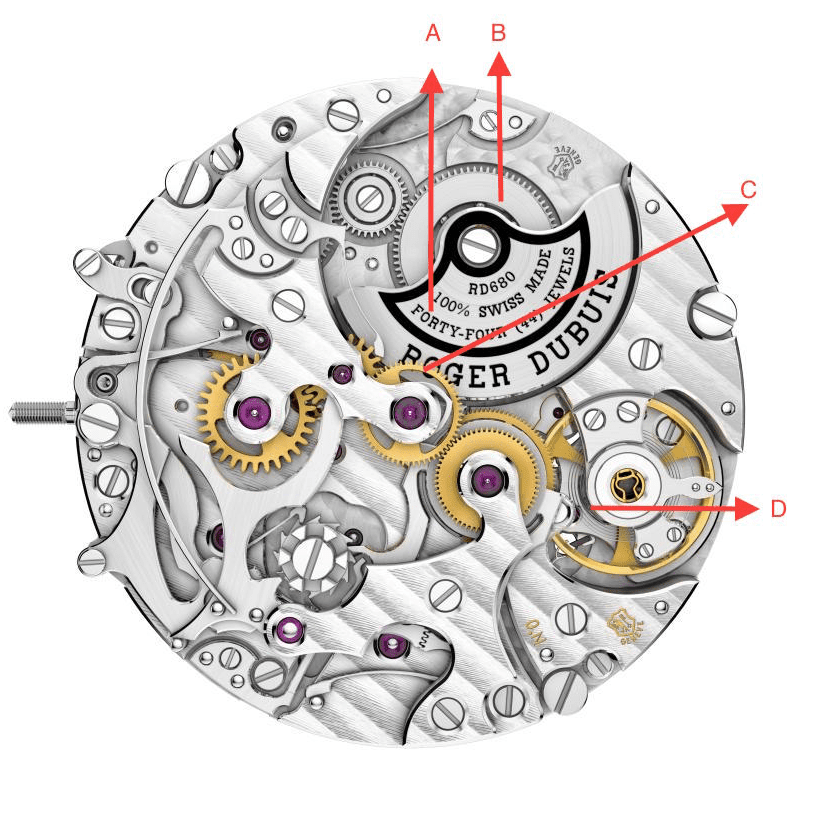 LAST BUT NOT LEAST...

Here's a great video that we found on YouTube, which explains how a mechanical movement works that's super easy to understand.