5 Things To Know About Constant Force

What is constant force all about? Here's a primer to get you up to speed.

IT IS ABOUT UNWAVERING POWER
The goal of the constant force mechanism in a watch is to create perfect isochronism and torque. To put it simply, that means a steady and unchanging tick-tock-ing of a watch, whether it’s on a full wind or the last minutes of its power reserve. Mechanical watches tend to be more precise when fully wound, and less so when their power reserve dwindles. Pictured here is Arnold & Son’s Constant Force Tourbillon. The mechanism is shown on the lower half of the dial. 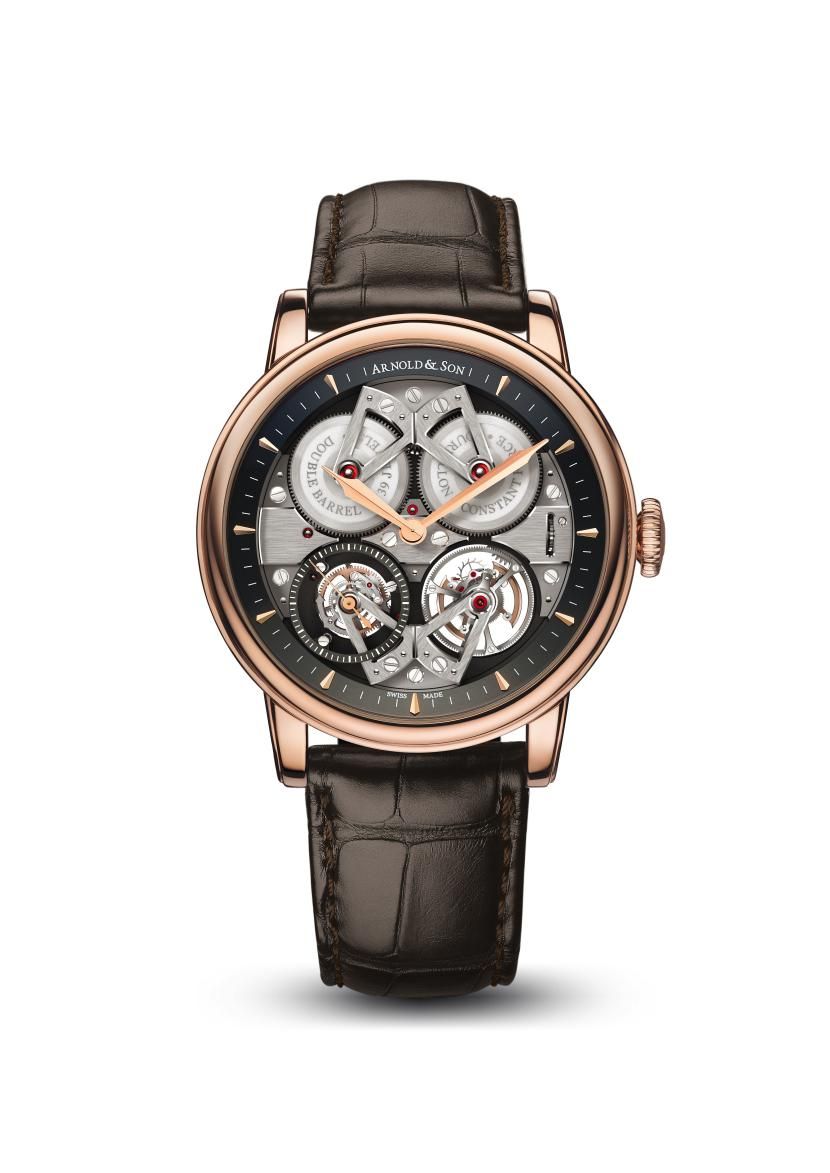 IT STARTS AT THE HEART OF THE WATCH

A mechanism known as the escapement lies at the heart of a mechanical watch. Its role is to transfer the power stored in the mainspring (where energy stays after you wind the watch) to the balance wheel (which regulates the timekeeping). The tricky bit occurs when the mainspring gradually uncoils. As the power delivered to the balance wheel diminishes at the later stages of the watch’s power reserve, the timekeeping becomes less accurate. Generally speaking, when about two-thirds of the power reserve is used up, the force drops off sharply.

There are several ways to achieve constant force. The most traditional – and some say, challenging – method is via a fusée-and-chain system that was invented in the 15th century. As the name implies, it resembles a bicycle chain-like mechanism, which coils and uncoils simultaneously at the ends of two barrels - a conical one known as the fusée, and the mainspring barrel - to ensure steady torque and energy transmission.

Brands that have revived this system in modern watchmaking include A. Lange & Sohne, which uses it in its top-of-the-line ‘Pour Le Merite’ timepieces; Zenith in the Academy Christophe Colomb Hurricane; and Romain Gautier in the Logical One watch (pictured). 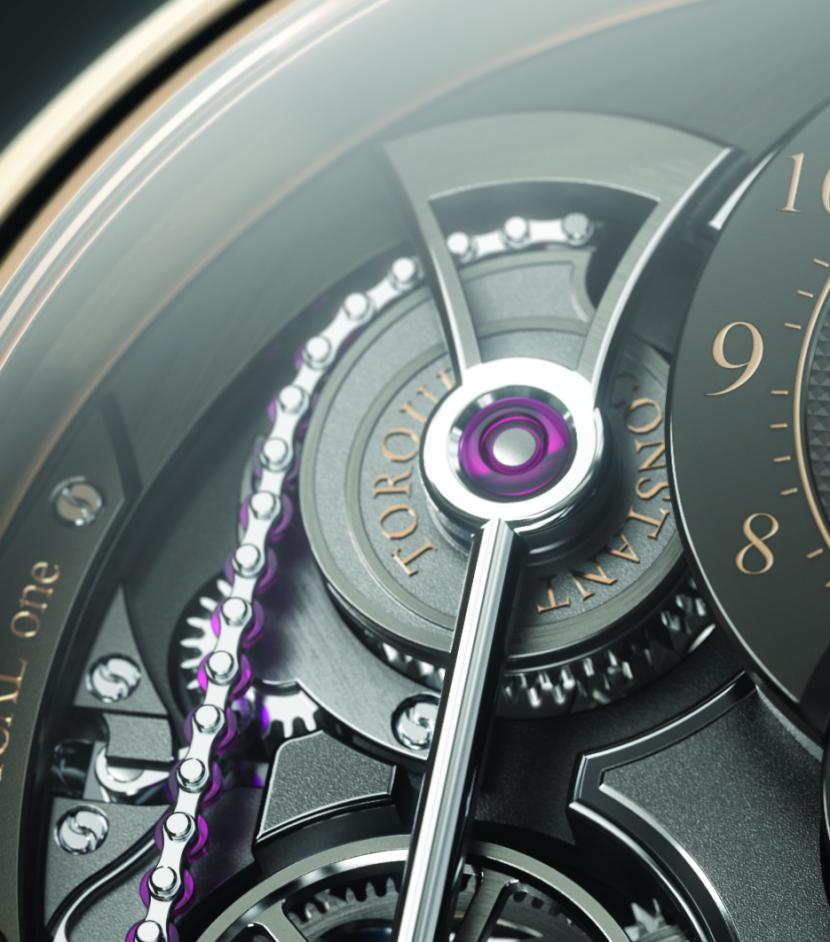 The second option is a ‘remontoire’ device (French for ‘to wind’). Operating like a gatekeeper to distribute energy, it combines a spring with a lock-and-release mechanism to limit the dispersion of energy. Minute repeater specialist Christophe Claret’s new Kantharos watch, which features a mono-pusher chronograph striking on a cathedral gong, is armed with a proprietary remontoire device that is displayed at 6 o’clock on the dial. 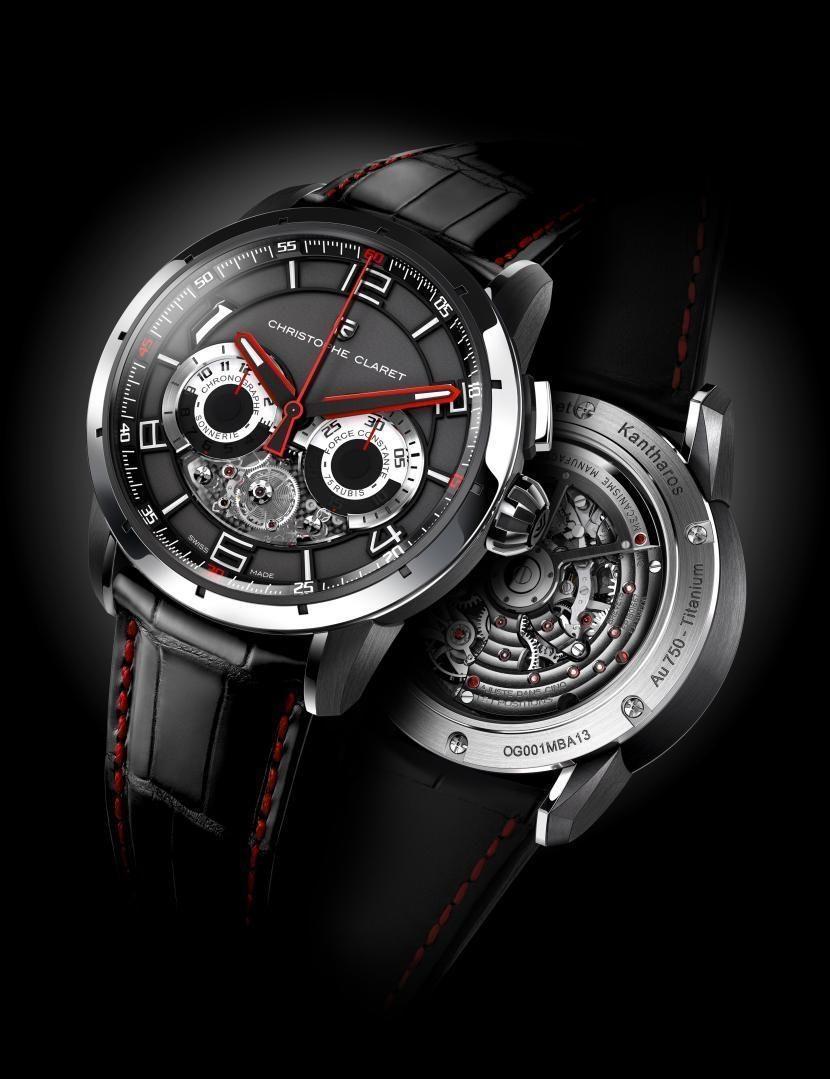 Once in a while, some brands venture out of the box to rewrite the rulebook, as Girard-Perregaux does with this year’s Constant Escapement.The watch features never-before-seen movement construction, anchored by a lip-shaped silicon escapement frame. Running across the center is a buckle-blade, six times thinner than a strand of human hair. In theory, the wave-like motion of the blade, which constantly pops up and down, stores and releases energy at regular intervals to the balance wheel.  In doing so, argue its creators, the movement ensures steady and undulating precision. 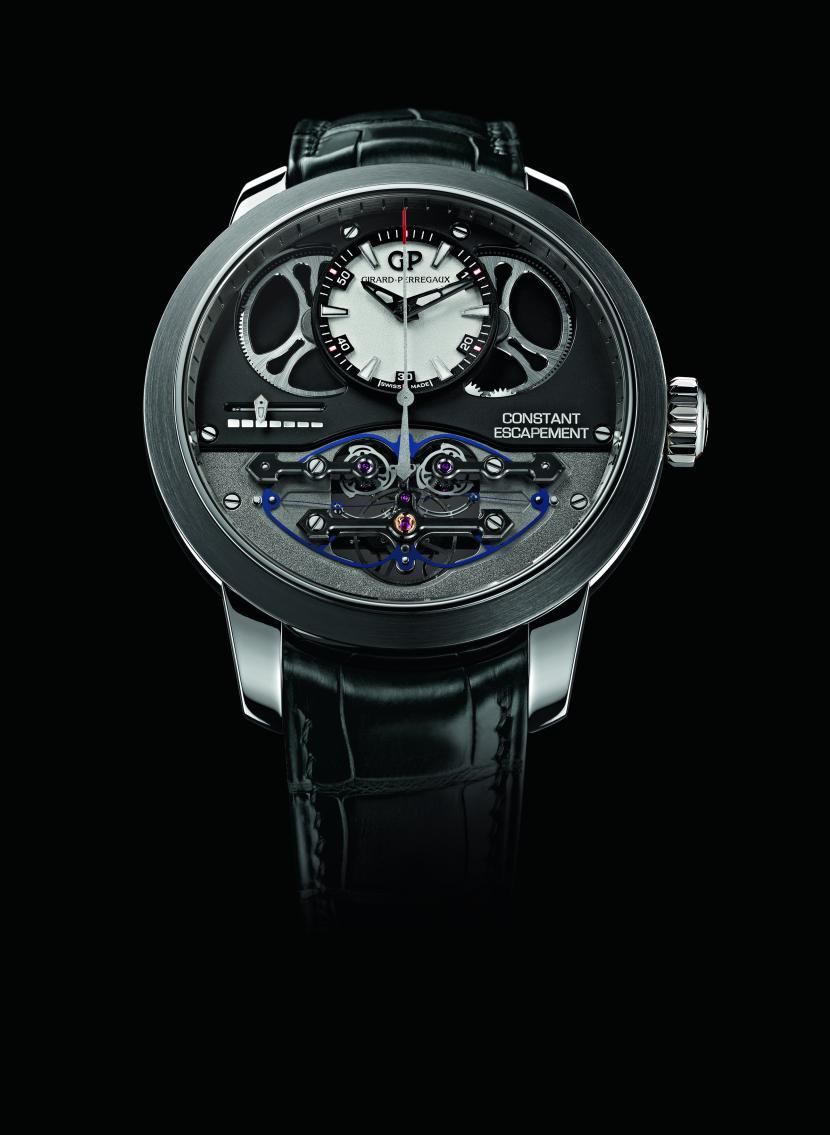