This unassumingly chic daily watch that took us by surprise. 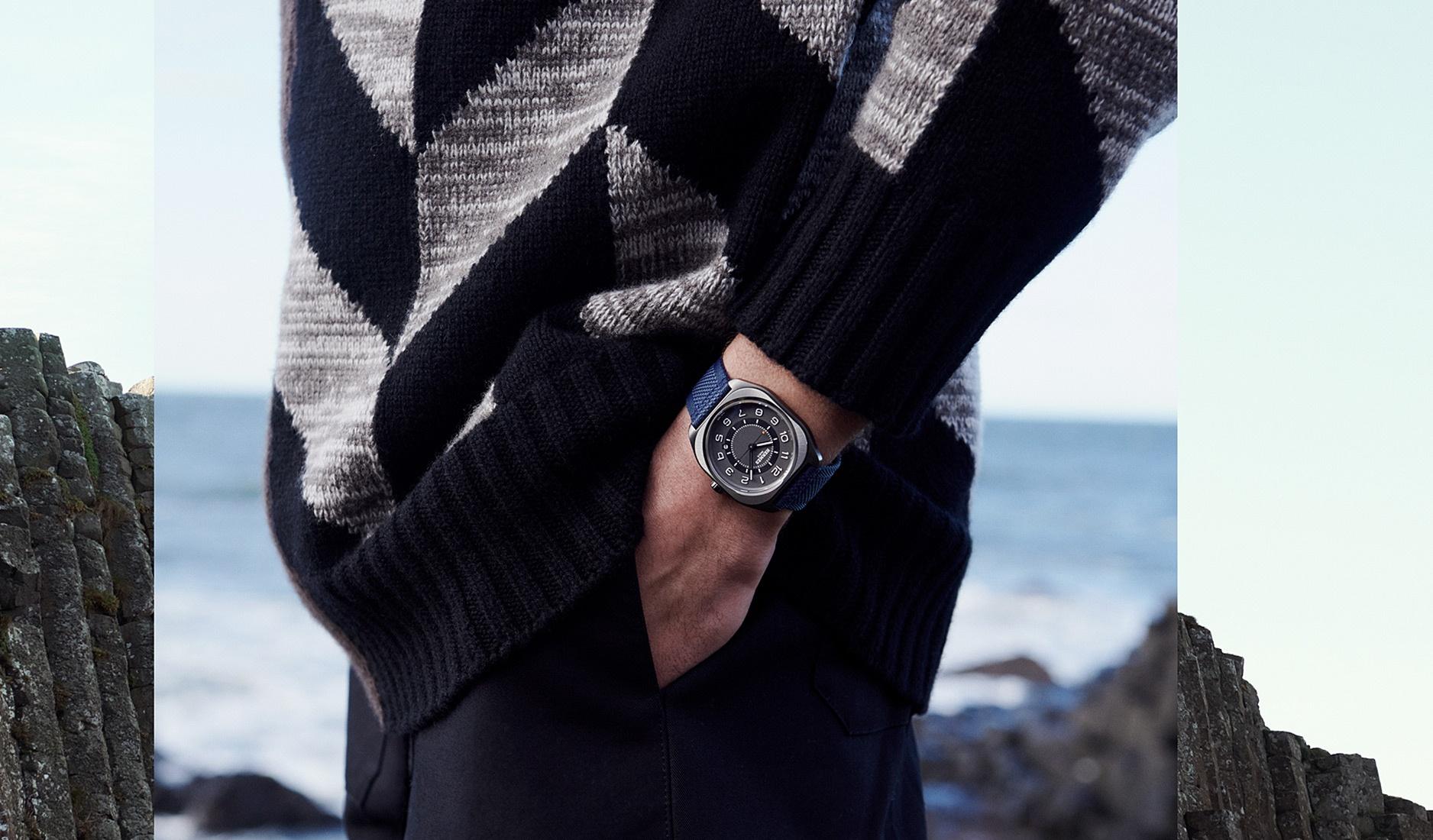 Just to be clear, we are very aware that Hermès has the capacity to make awesome watches. The French company may be better known for its Birkin and Kelly bags, carefully calibrated fashionwear and silky, billowy scarves. But its watch department, though not as hugely advertised, is nothing to be trifled with, boasting in-house movement making capabilities, the knack for creating creatively out-there timepieces, and having won a couple of Grand Prix d'Horlogerie de Genève awards in its time (2019 Calendar & Astronomy Prize for the Arceau L’Heure De La Lune Meteorite and 2018 Artistic Crafts Prize Arceau Robe du soir, to name a few).

Still, the new Hermés H08, the company’s first new men’s collection for a number of years, is somewhat of a revelation. While the brand used to stir horological interest with handcrafted artisanal dials, or erudite, retrograde-based complications with unconventional displays that forces one to ruminate on the concept of time, the H08 is a lot more straightforward with instant, easy appeal. The three-minute pop hit equivalent of a watch, as opposed to the thought-provoking, slow-burning sonatas that Hermés usually dishes out. 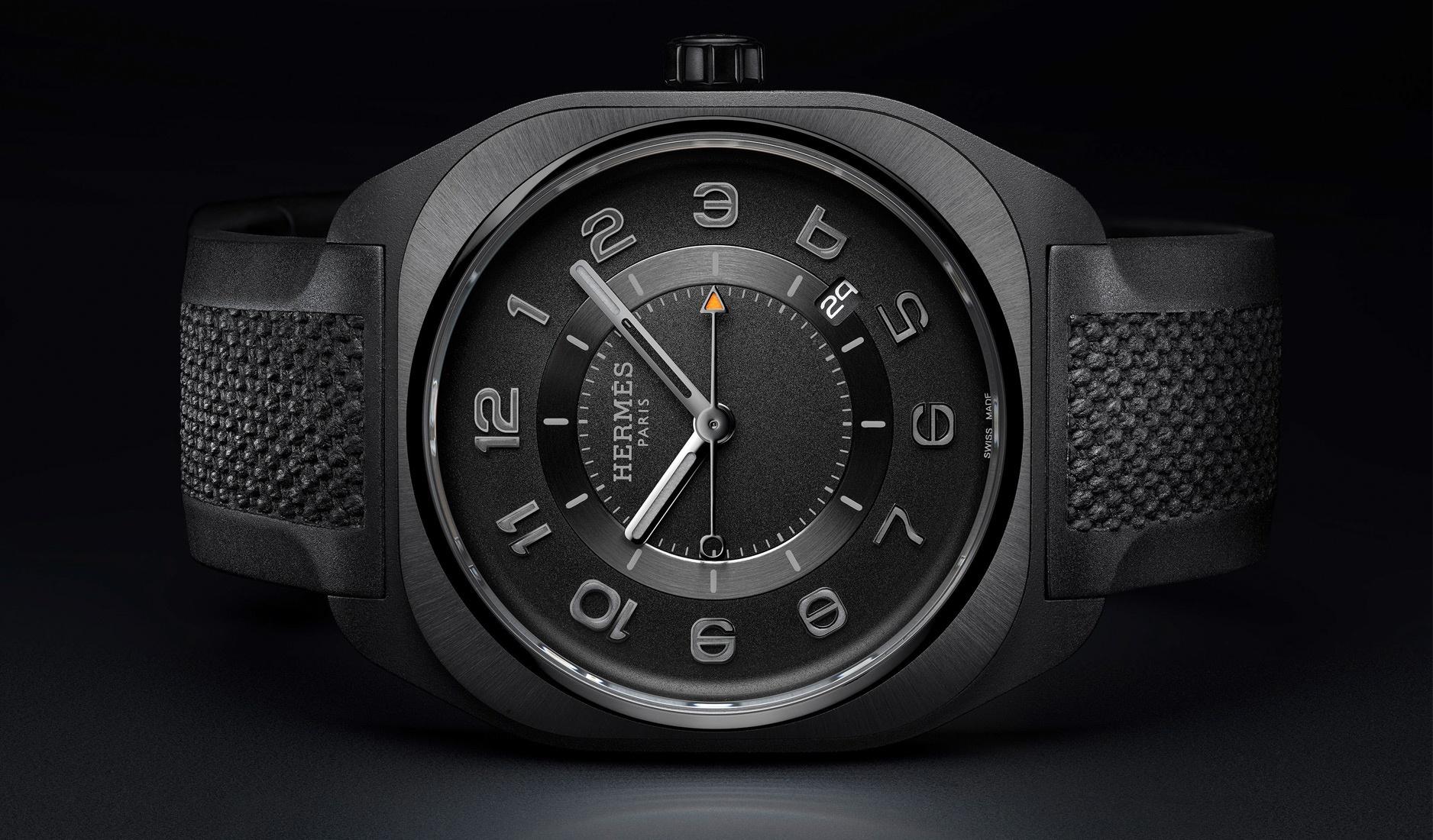 Crafted in the mould of sports watches with easily identifiable shapes, the H08 comes in a 39 × 39mm cushion-shaped case, its sensibly proportioned dimensions, soft edges and smooth curves accentuated by a satin-brushed bezel and mirror polished chamfers. Creative typography is always a thing to look out for with Hermès watches and on the H08, the specially developed typeface echoes the shape of the case, with a bit of intellectual musing included for good measure. ‘The 0 numeral embodies emptiness, while the horizontal figure 8 symbolises infinity’, explains the brand in its press communiqué. 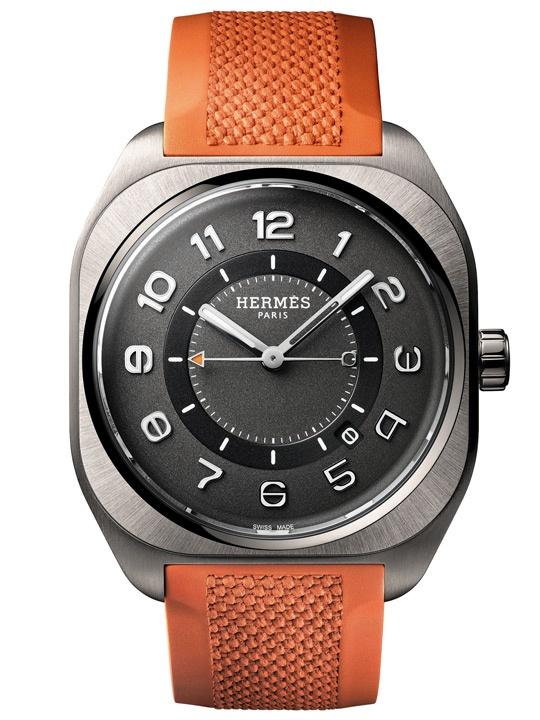 Even if that doesn’t register, the H08’s aesthetic coherence makes it a very easy watch to like and wear. The case shape, beautiful hour markers, harmonious dial display centred by an inner ring of hour markers and minute railway track, spiked with a tiny orange arrow seconds hand amid the monochromatic shades of grey, combine delightfully. In any of the watch’s iterations – graphene-filled composite with ceramic bezel; satin-brushed titanium with ceramic bezel and bracelet or rubber strap; and matt black DLC-coated titanium with ceramic bezel and rubber strap – the H08 is casually luxurious, sporty and chic all at once. 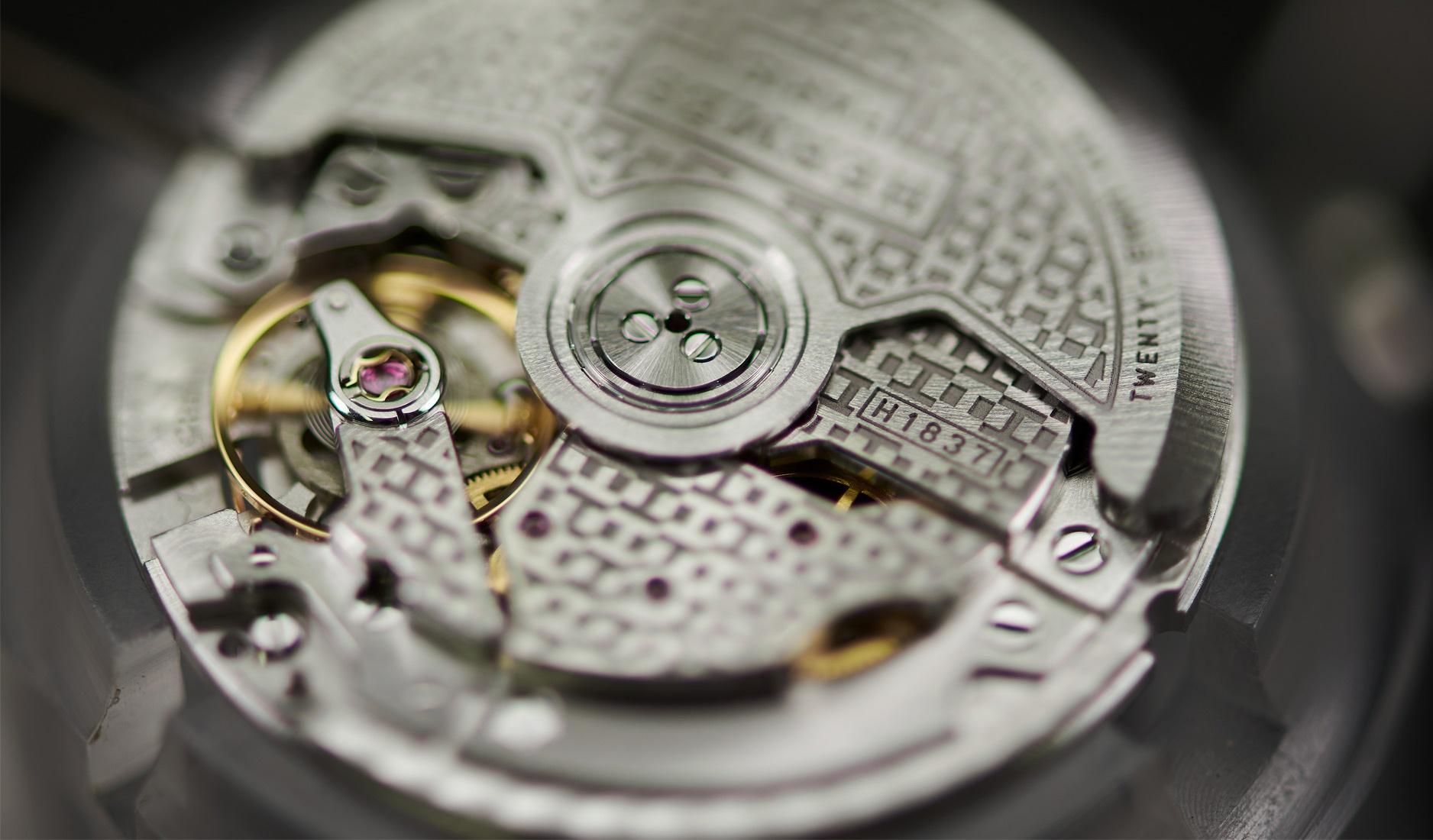 As for the icing on the cake, the H08 is driven by Hermès’ in-house Calibre H1837 automatic movement (above). Named after the brand’s founding year and introduced in 2012, the H1837 was conceived in collaboration with Vaucher Manufacture, a movement-making facility that Hermès has had a significant stake in since 2006 in a bid to verticalise its watch production. The movement itself is a proven performer – an engine with double barrel that offers 50 hours of power reserve and has been served at the heart of many Hermès collections, including the Arceau and Dressage lines. 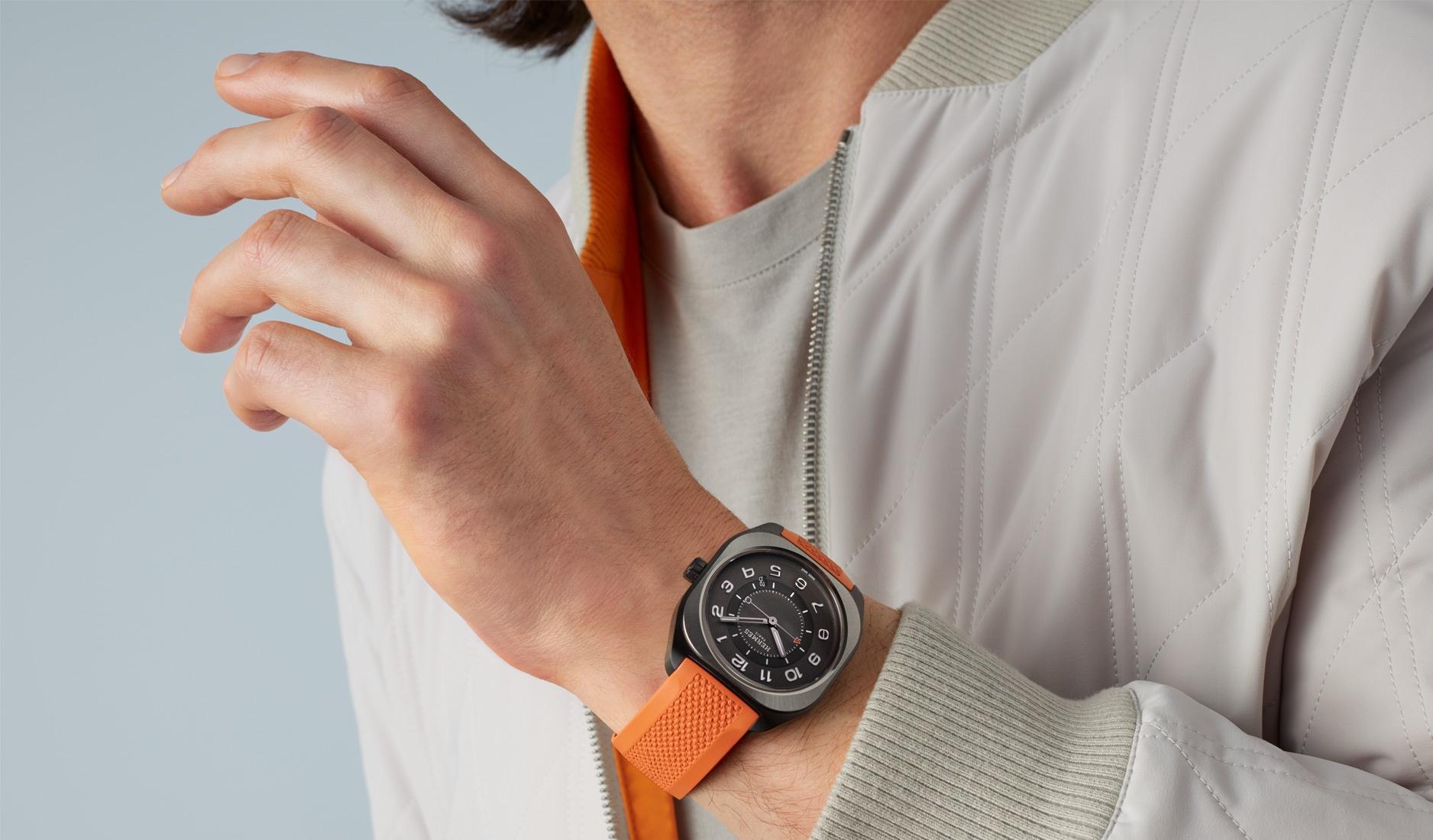 Whether for chin-strokers who insist on in-house mechanical movements in their watches, Hermès fans longing for a new wrist flex, or dare we say, non-partisan neutrals who are simply looking for a well-made and well-designed watch with integrity and flair, the H08 ticks all the important boxes.