An ornate, everyday dress watch that grows on you. 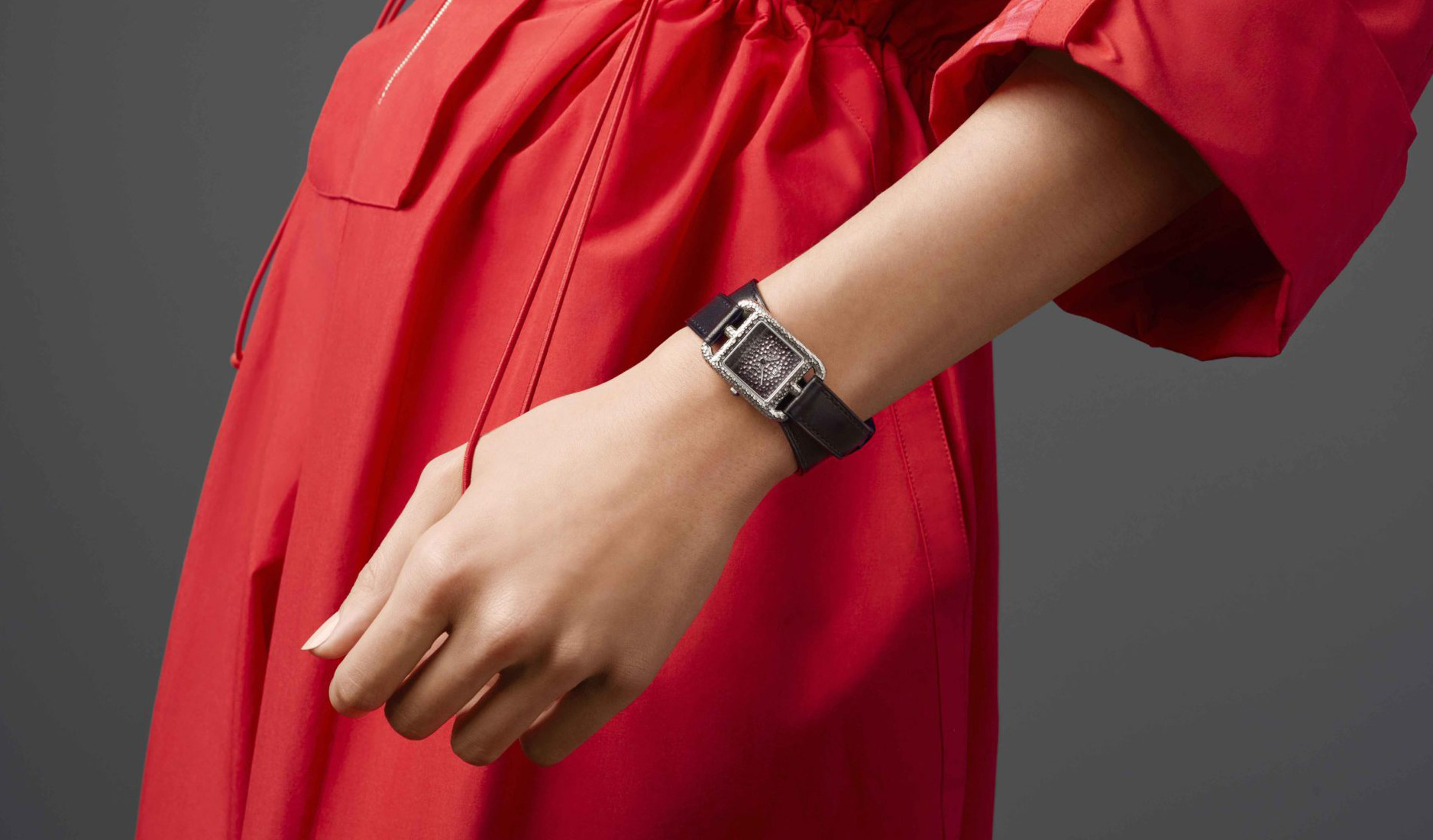 A diminutive powerhouse, the Cape Cod Martelée is something of an everyday watch loaded with history, sass, and artisanal sophistication. And it doesn’t hide its best assets, too. One’d notice the watch’s handcrafted beauty right off the bat, courtesy of the case and dial, which bear multiple indentations resulting from repeated hammering – a technique known as martelée (‘hammered’ in French). The unusual texture is enhanced further on the lacquered dial, which features gradated colours from anthracite to black that accents the web of grooves and dimples.

In one masterful stroke – or several knocks, to be precise – Hermès has again breathed new life into an enduring icon with its whimsical blend of art and craft. 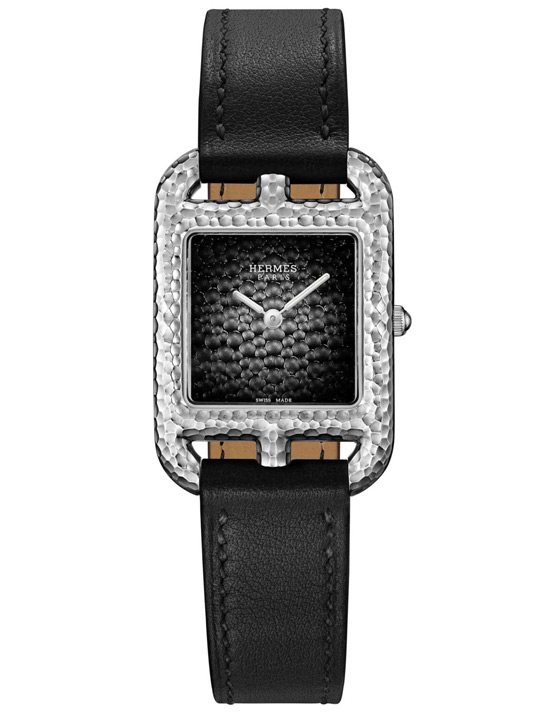 The Cape Cod is one of the French Maison’s most beloved designs; its name inspired by the famed coastal vacation destination in Massachusetts, bearing a unique shape drawn by Henri d’Origny, Hermès’ legendary artistic director, in 1991. Story has it that d’Origny was asked by then-chairman Jean-Louis Dumas to create a square watch for women. Giving into his creative tendencies, however, as one would expect, d’Origny instead went with “a square inside a rectangle”, with the elongated effected achieved by way of the stylised lugs inspired by the Chaîne d’Ancre (“anchor chain”) link transposed by Hermès jewellery dating to 1938. 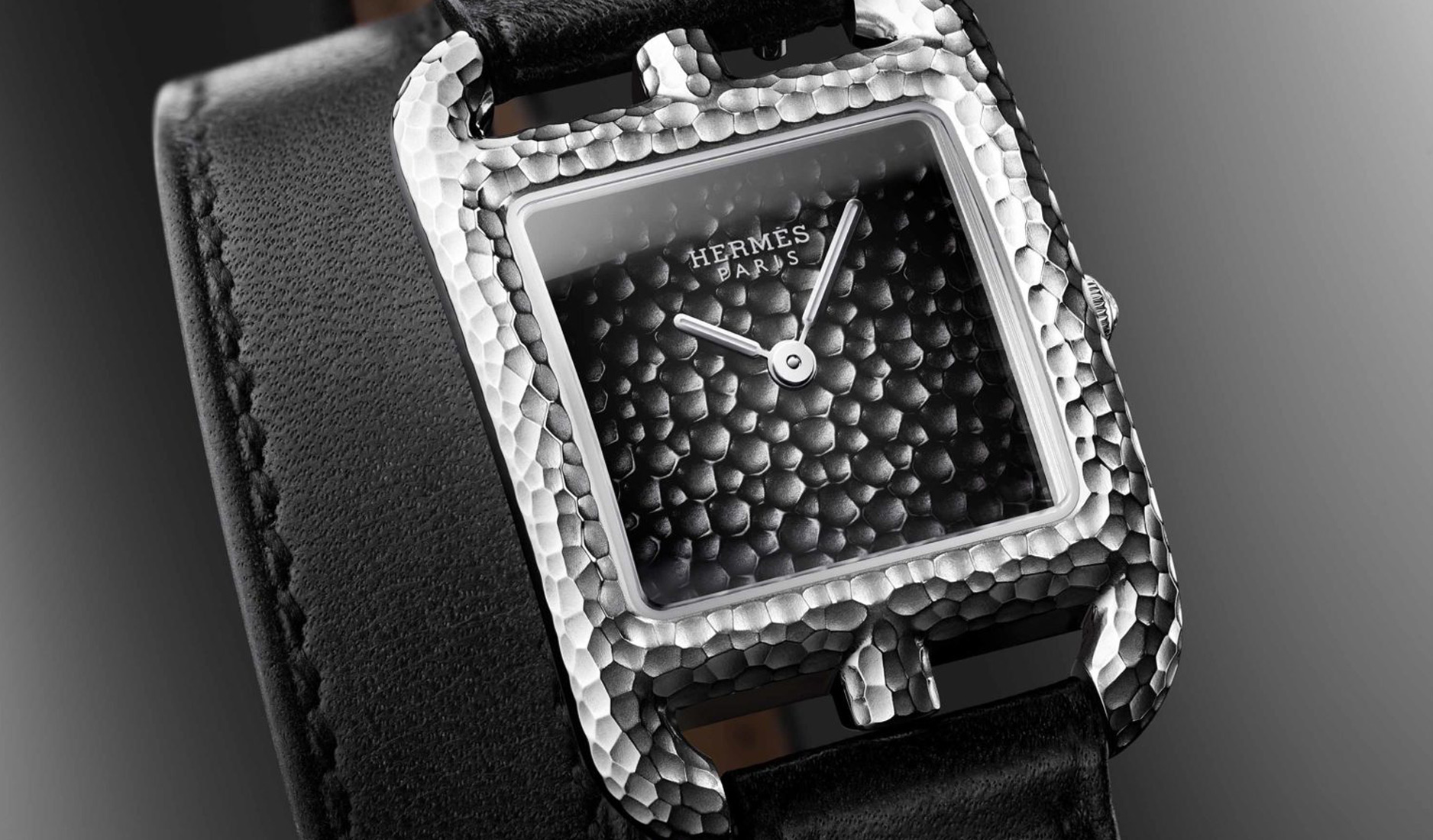 The Cape Cod’s inimitable silhouette, which has been unchanged since its debut, was bolstered by the addition of the Double Tour (‘double twirl’) strap in 1998. A aesthetic switch-up that has also endured to this day, courtesy of then-artistic director for women’s wear, Martin Margiela, the strap that wrapped around the wrist twice like some kind of fashion warrior’s accessory, not only injected a dose of catwalk-inspired chic to the watch, but also spotlighted Hermès’ legacy in leather craft.

Indeed, both the watch’s signature case and double tour strap continue to star in the Cape Cod Martelée. (Although there is a single-twirl strap option for those who prefer.) Besides endowing the watch its iconic look, both serve as a canvas that allows the martelée technique to shine. A all-occasion watch that allows the wearer to turn up the glamour, depending on her mood, the Cape Cod Martelée is as all-occasion and ornamental as they come. 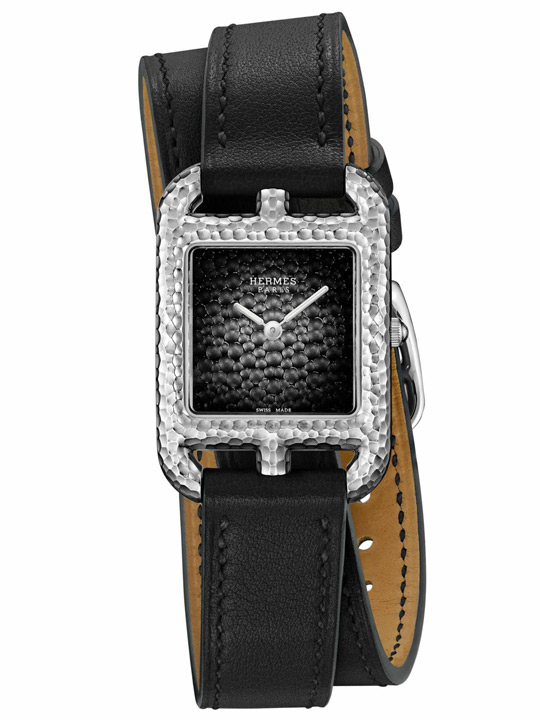