Hermès' blue beauty is stunning in its subtlety. 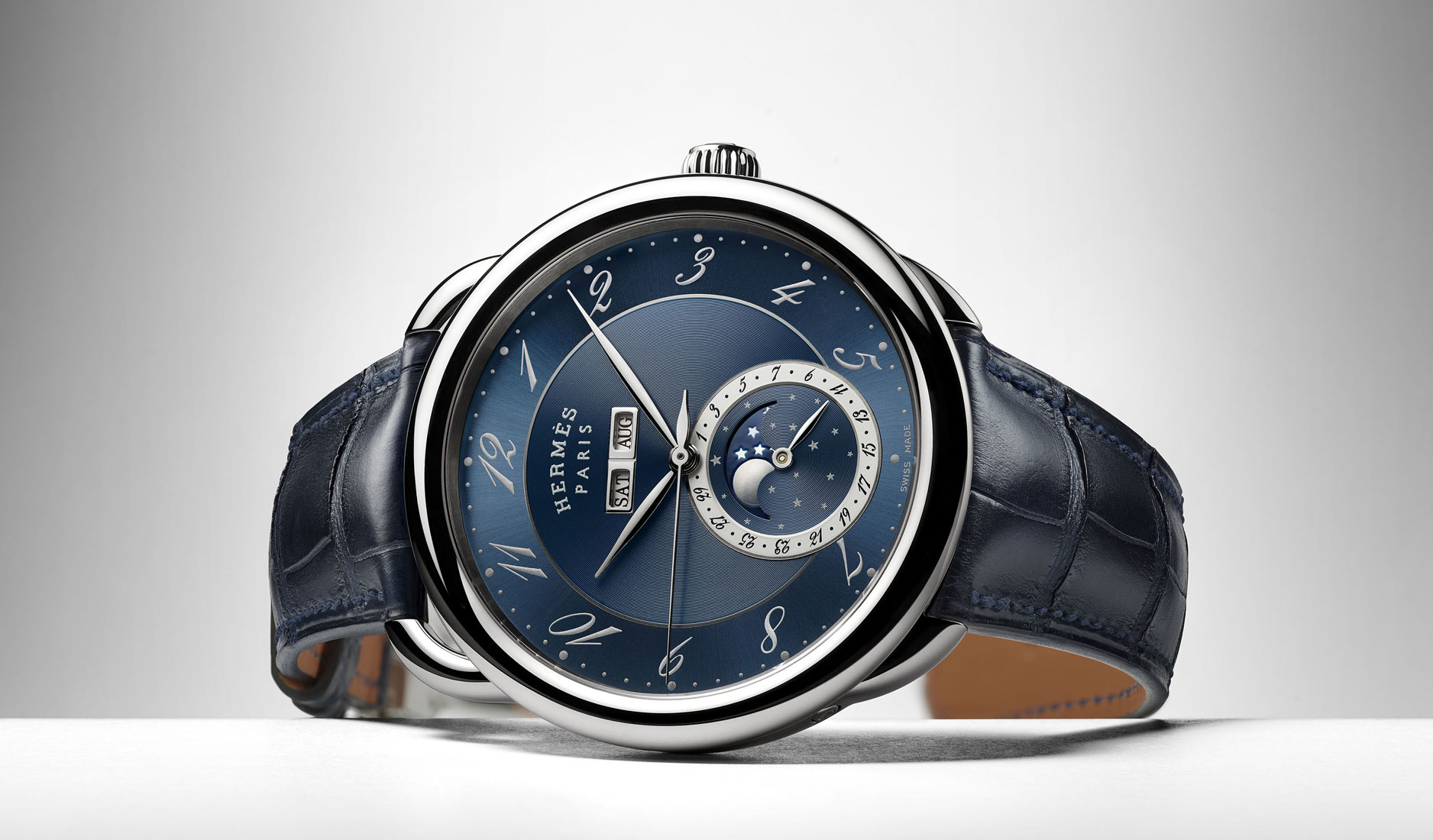 You may be more familiar with Hermès for its signature Birkin bags which command eye-watering prices with extensive waiting lists. But here's a piece of surprising trivia: this French luxury house has been in the business of timekeeping since the 1920s. And that’s about six decades longer than the Birkin has been around.

While the first Hermès-branded watches were unveiled in 1928, the company only established its horological subsidiary in 1978 with a production facility in Biel, Switzerland. It’s probably significant that the Arceau was the first model launched that same year too. The brainchild of designer Henri d’Origny, the Arceau paid tribute to Hermès’ equestrian heritage with a lug inspired by the shape of stirrups.

Over the years, various iterations of this iconic model have surfaced, from beautiful métiers d’art to serious haute complications. In its latest incarnation, the Arceau takes on an alluring shade of blue, along with a complete calendar that includes a moonphase display at six o’clock, decorated with a sprinkling of stars on a snailed backdrop. 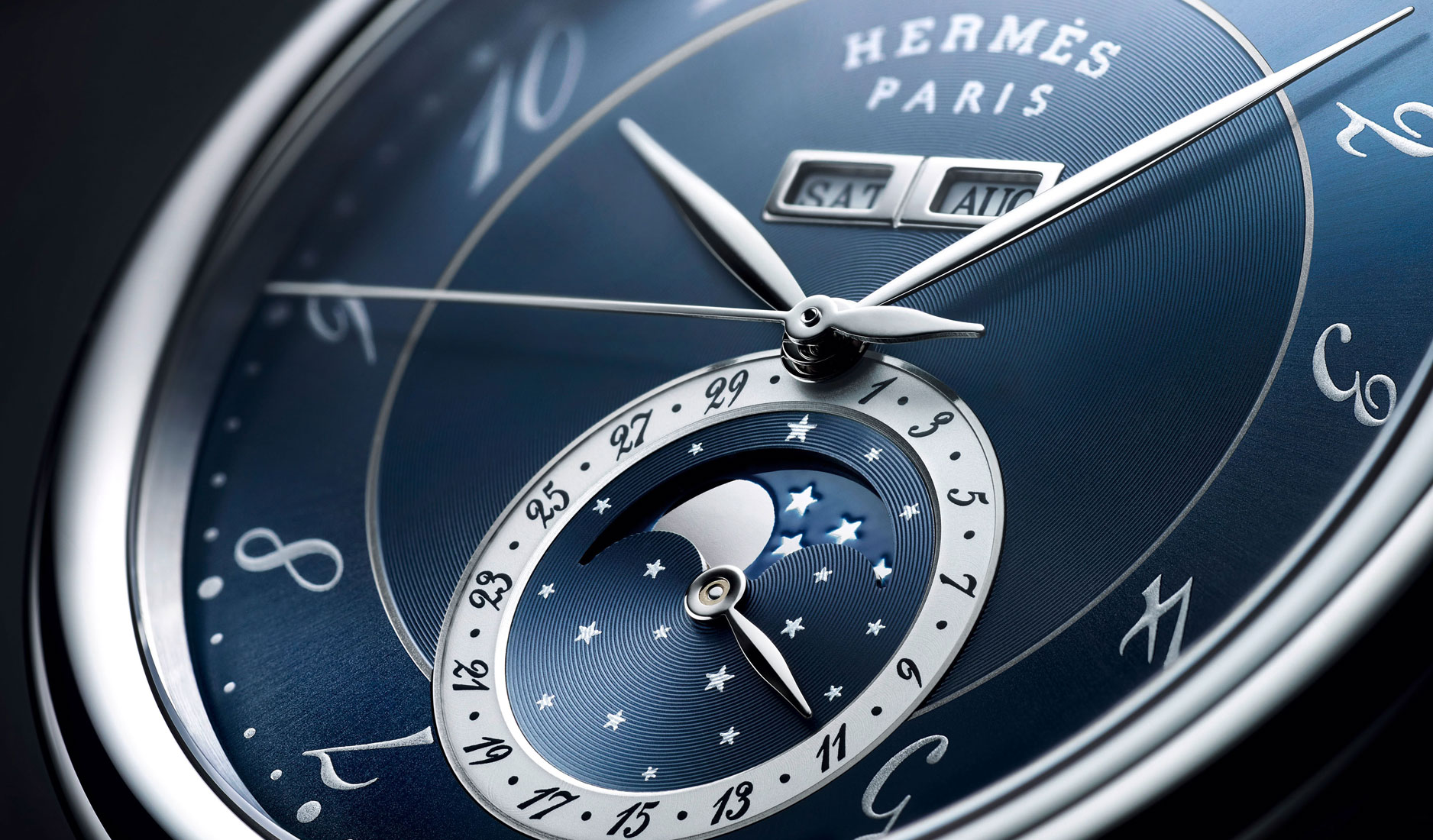 Although Hermès has a history of being playful in its interpretation of time (take its Arceau L’Heure de la Lune, for example), the Arceau Grande Lune sticks to a more classic embodiment of time-telling. The slanted Arceau numerals—a collection mainstay—inject a hint of quirkiness, evocative of a galloping horse, but that’s about as whimsical as you’re going to get. The rest of the watch is truly a lesson in classic dress watch style. 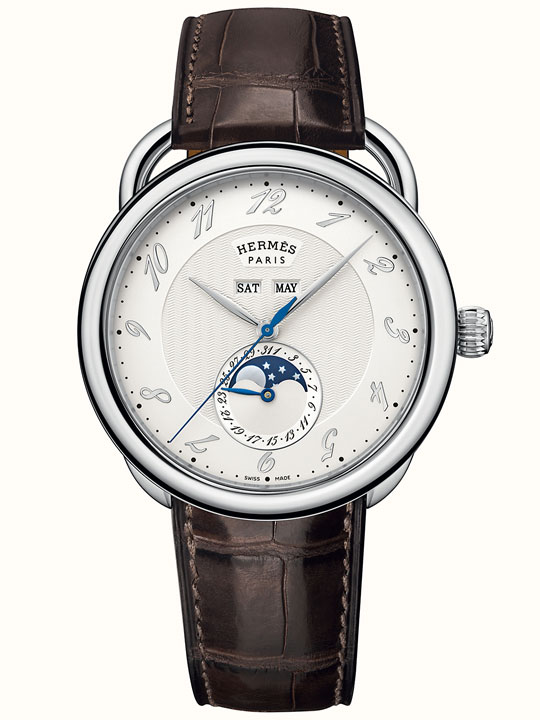 We last saw the Arceau Grande Lune in 2011 (above) when it was clothed in an even more formal guise, with a herringbone pattern in the centre of its opaline silvered dial. This time round, a captivating blue sunburst dial provides the canvas for the complete calendar, which retains its symmetrical layout. The sapphire blue dial is complemented by a matte Abyss blue alligator strap with steel folding clasp, further cementing the timepiece’s dress watch sensibilities. 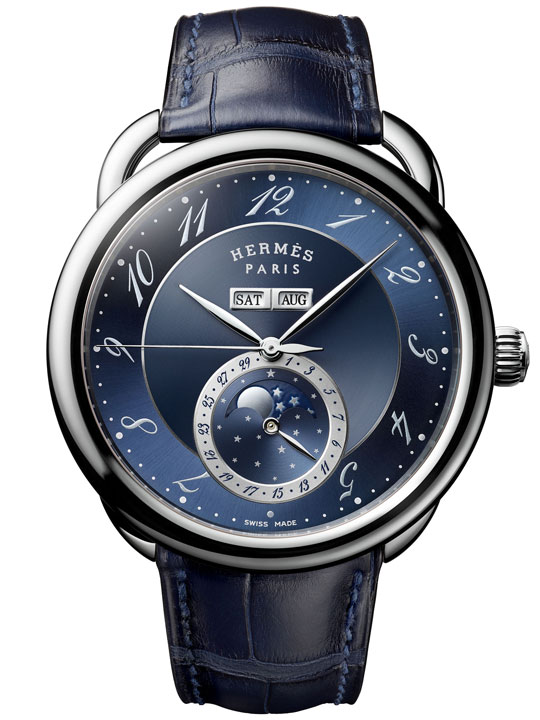 It may not be the most capricious watch in Hermès’ stable but the Arceau Grande Lune is certainly a regal complement to the dapper gent’s wrist. Whether worn with a suit or weekend casuals, it does its job of elevating any ensemble with class and sophistication.