A bejewelled spectacle of yellow and orange. 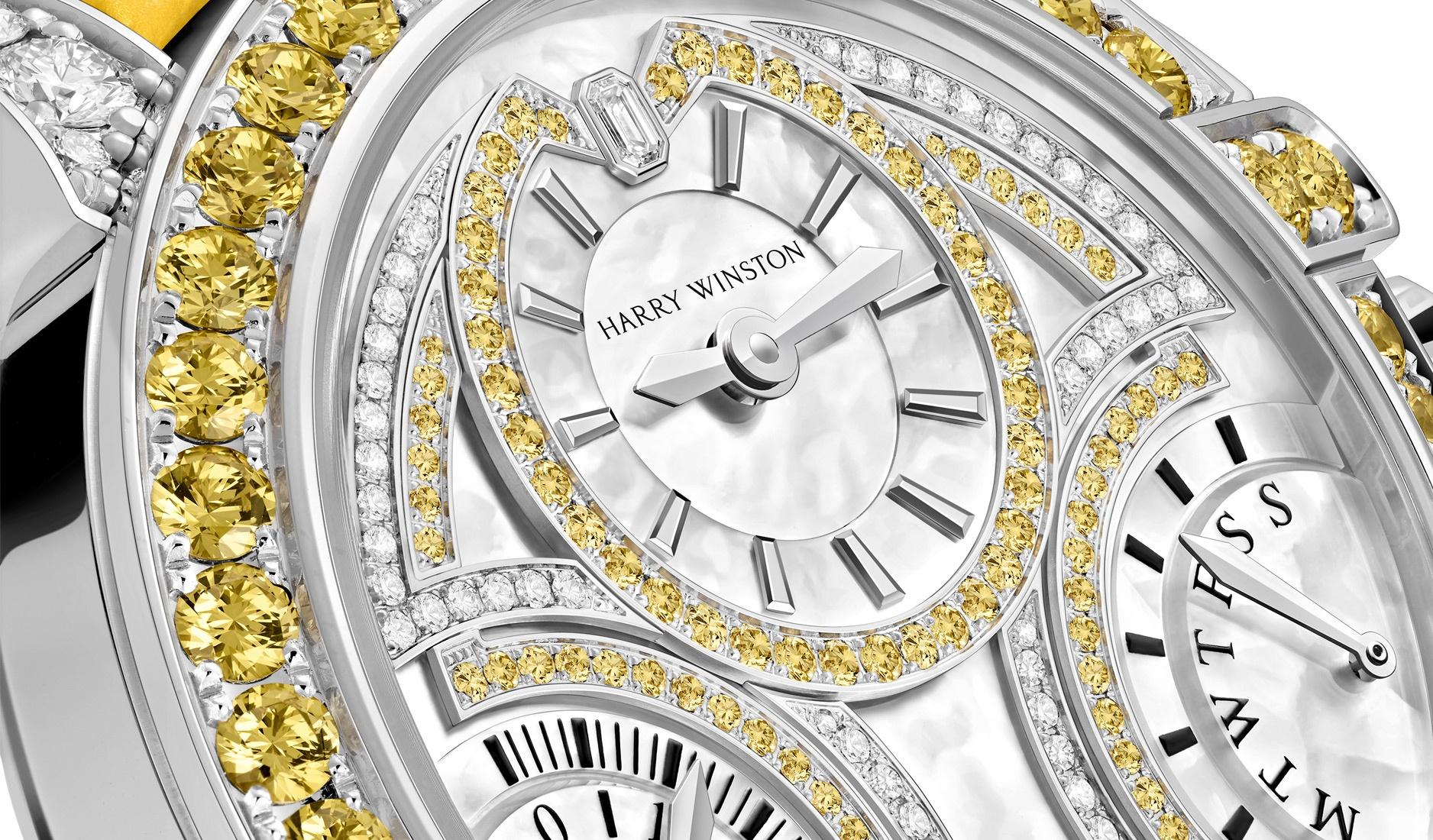 If you’ve ever marvelled at a sunset while at the beach, you’d understand why that magical passage of time is commonly referred to as the ‘golden hour’. It occurs when the sun is peeking just above the horizon and, because the light travels at such a low angle and is filtered through the atmosphere before it reaches us, the result is a lovely glow that is utterly loaded with the feels. Unfortunately, this also means that the golden hour is achingly ephemeral, as the sun fades just as quickly into the night.

Of course, it is impossible to grasp the golden hour and freeze it in time. But you can sure try. On first impression – well, for us, at least – the two new Ocean Biretrograde Automatic 36mm models perfectly evoke the brilliance of an enchanting sunset melting into the sea. The watches’ shimmering precious stones – one festooned with yellow sapphires and the other with orange spessartites, both alongside an assortment of diamonds – help paint an evocative picture. 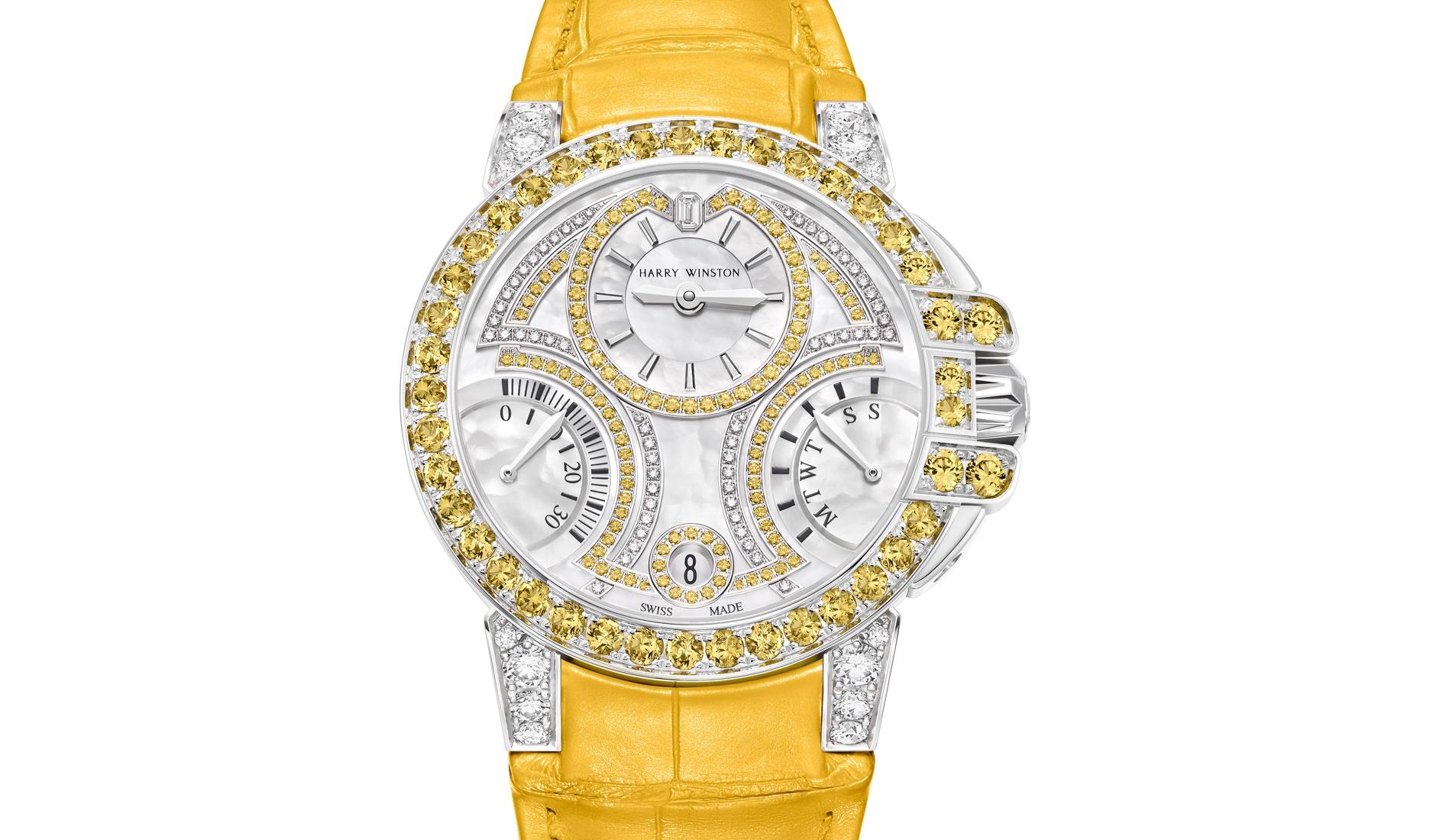 Whether in yellow or orange, both models are similarly decked out. On each version, 41 brilliant-cuts of the respective coloured stones on the case and 109 more on the dial are carefully set to outline the off-centred indicators, as well as the Ocean’s signature case with a crown protector that is shaped to resemble the arched stone entrance of Harry Winston’s Fifth Avenue flagship salon. On each model, the coloured stones are accompanied by 16 brilliant-cut diamonds on the case, 58 brilliant-cut diamonds on the dial, including one emerald-cut diamond at 12 o’clock, all of which are set against an iridescent mother-of-pearl dial.

Encased in 18K white gold and paired with alligator straps that match the stones, the two new Ocean Biretrograde Automatic 36mm models are not for those who are shy about their wrist accompaniments – or indeed, tight-fisted with their purchases. In fact, one’d be hard-pressed to pick the more ostentatious of the two. 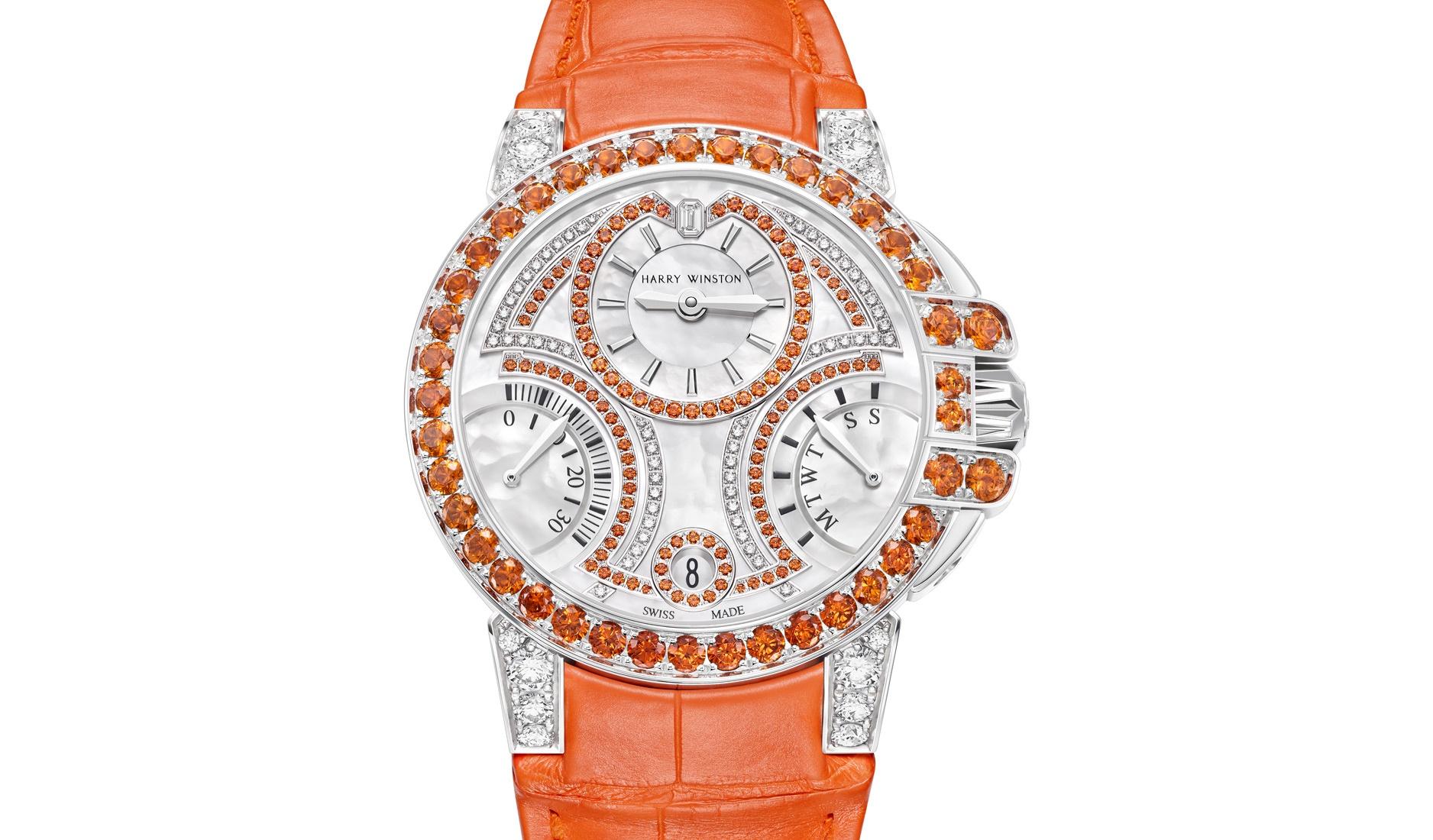 Inside the watches are also a gem of a movement. The automatic Calibre HW3302 is beautiful and powerful in equal measure, featuring an advanced silicon balance spring for greater precision, 65-hour power reserve, and richly decorated components. Clearly no slouch in the mechanical department.

The watches’ mechanical gravitas are duly expressed on the dials, which sport off-centred time displays, retrograde seconds and day indicators, and a discreet date window at six o’clock. It is a signature aesthetic that has adorned the Ocean Biretrograde collection since its launch more than two decades ago, and one that continues to be reinvigorated with every new reference. 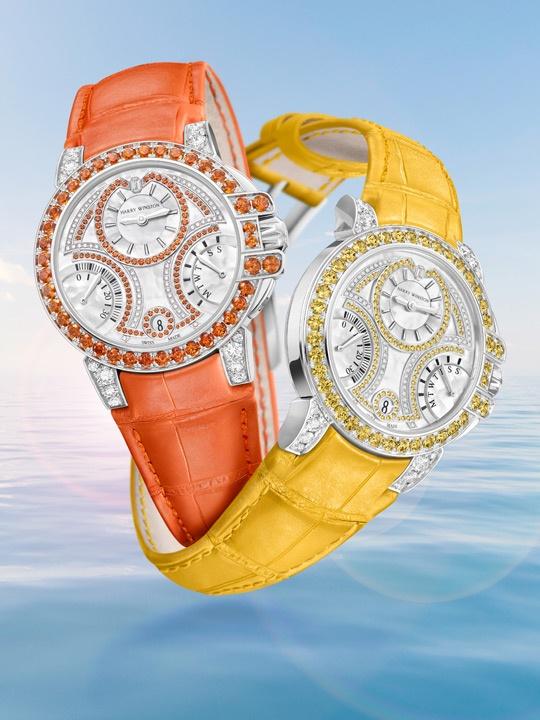