But make no mistake, the Premier Chinese New Year Automatic 36mm is one luxurious creation. 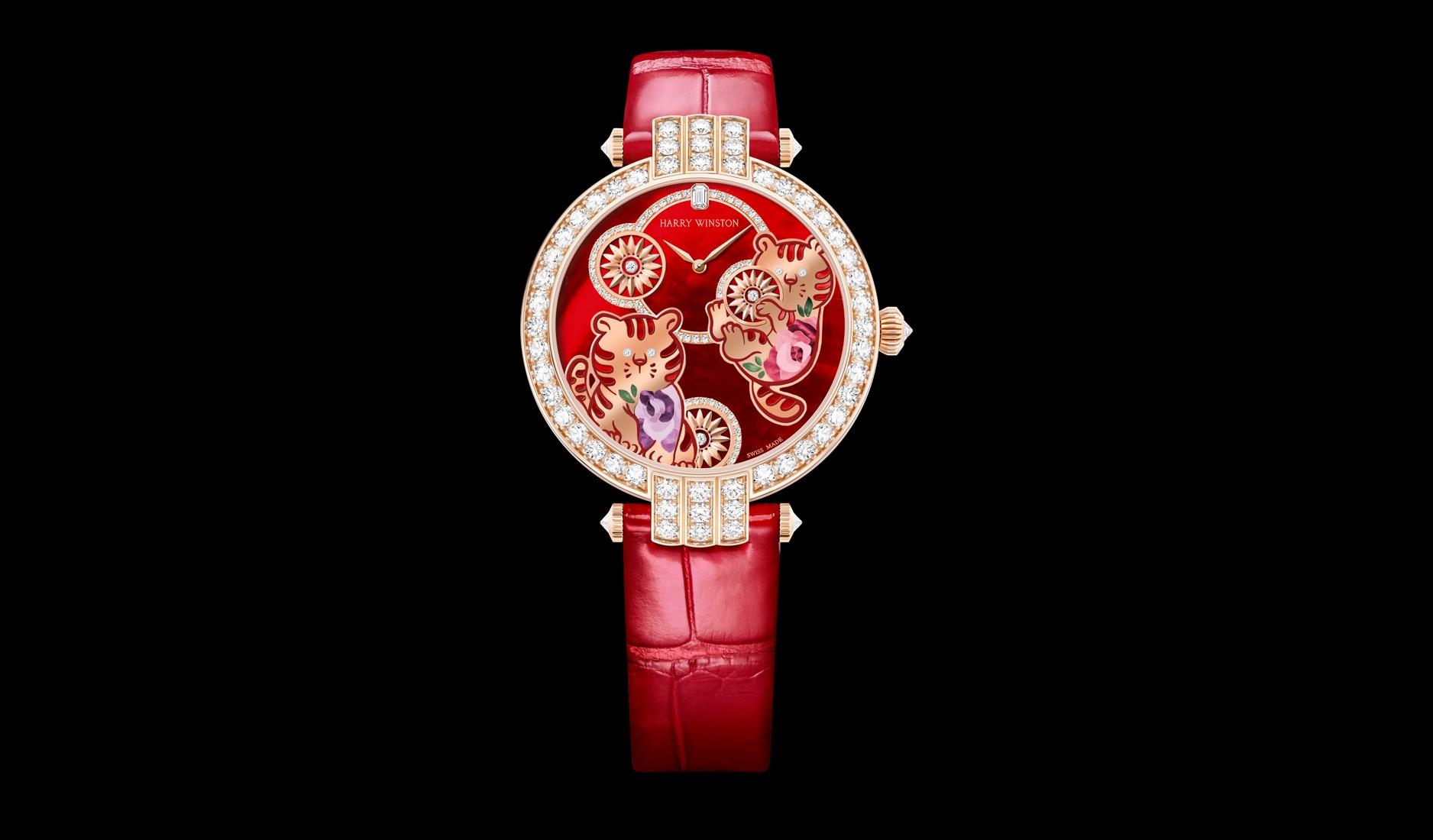 Hands down, this is the most adorable Chinese New Year watch that Harry Winston has ever made. Perhaps seeing how the Year of the Tiger might be tricky to depict on a dainty and feminine timepiece, Harry Winston decides the cute route is the way to go for this Lunar New Year’s Premier Chinese New Year Automatic 36mm.

Instead of portraying tigers as majestic and ferocious, Harry Winston features two lovable, cartoon-style cubs on the dial, set against mother-of-pearl and surrounded by high-wattage diamonds. As cute as the Premier Chinese New Year Automatic 36mm may be, the watch absolutely drips with luxury. The cubs are crafted in 18k rose gold, their stripes filled with red beaded mother-of-pearl, and their noses and whiskers set with diamonds.

Elsewhere, motifs from the Harry Winston company adorn the dial and case. Such as gold rosettes set with diamonds inspired by patterns found on the wrought iron gates of the company’s Fifth Avenue flagship salon; as well as peonies made of coloured mother-of-pearl on the bodies of the cubs, a tribute to Ambaji Shinde, Harry Winston’s head of design who, along with the founder, were behind created some of the brand’s most iconic creations.

Encased in 36mm rose gold, set with 139 brilliant-cut and one emerald-cut diamonds, and driven by a finely finished and modern automatic movement with silicon balance spring, the new Premier Chinese New Year Automatic 36mm, while utterly endearing and almost child-like, is certainly no child’s play. 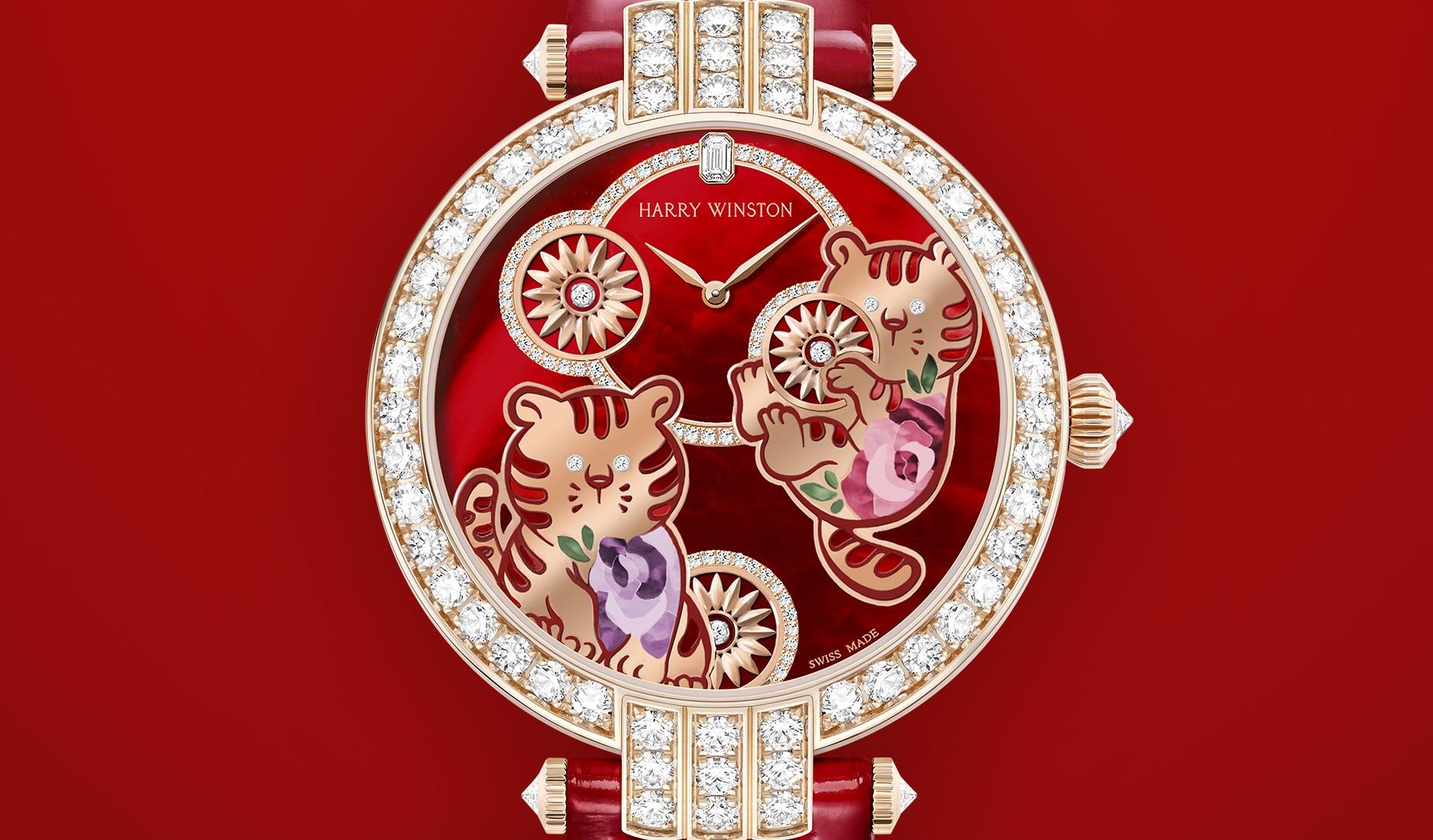