The beloved Hamilton PSR returns with a blockbuster tie-in.

Part of the fun of tracking Hamilton’s silver screen appearances is not quite knowing which movie the watch brand is going partner next, and in what form. Although it has been a rather quiet year for Hamilton’s movie involvements (the Khaki Field Day Date Auto’s cameo in The Virtuoso was the only notable moment we caught), news that the watch brand is issuing a limited edition to celebrate the premiere of the The Matrix Resurrections will help whet horo- and cinephiles’ appetites. 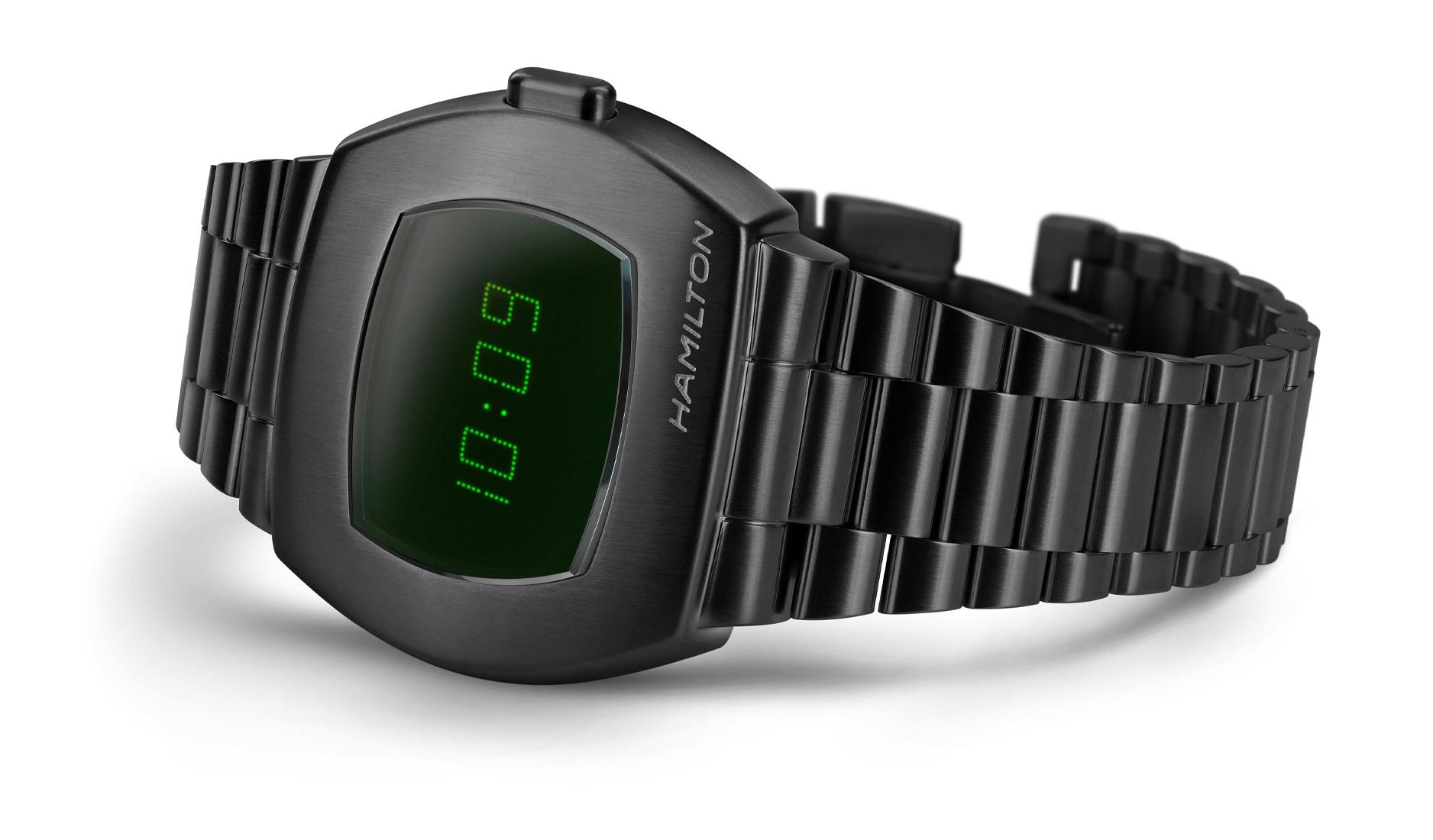 The fourth instalment of the cult cyberpunk franchise starring Keanu Reeves and Carrie-Anne Moss promises more of the futuristic mind-bending visual feast served up by previous films of The Matrix’s series. Fittingly, Hamilton has chosen the indelible PSR model, a modern iteration of the Pulsar, the world’s first LED digital watch from the 1970, to be the movie’s commemorative collectible. Dubbed PSR MTX, the watch is instantly recognisable in its iconic TV screen-shaped case with stark digital interface featuring a LCD and OLED hybrid display, paired with appropriately retro-style three-link bracelet. The homages to the Matrix franchise are unabashed. The watch’s all-black PVD coating on the case and bracelet, and dial with green digital numerals pay tribute to the green-and-black colour schemes that dominate the movies’ opening sequence and posters. Elsewhere, the caseback is inscribed with the ‘digital rain’ pattern that is also a recurring visual motif in the films.

Priced at US$995 each, the Hamilton PSR MTX is limited to 1,999 pieces – a nod to the year of The Matrix’s debut – and comes in a special box sheathed in the digital rain pattern. 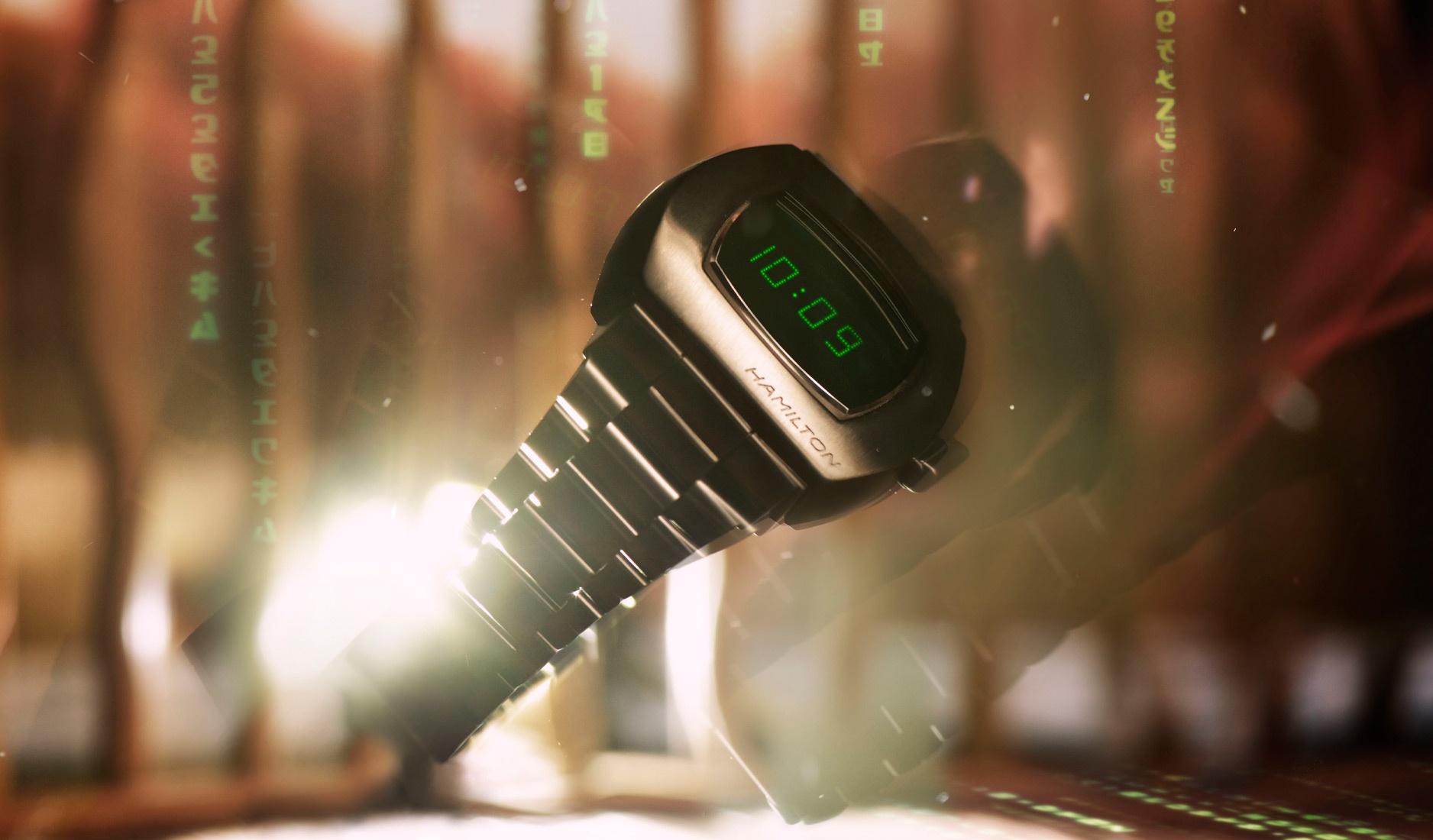