Why Hamilton’s iconic Ventura is a cult favourite.

When you think about significant watch marques, you’d inevitably go through a list of names with Swiss or German origins. But one American brand stands out. Founded in 1892 (old enough to rival some Swiss names), Hamilton has since been acquired by the Swatch Group and continues making its mark in the mid-luxury market, counting the Ventura among the must-haves in watch collectors’ lists. Here’s what you should know about it:

It was the world’s first electric watch.
Although the Ventura debuted in 1957, Hamilton’s research into producing an electric watch began more than a decade earlier. The resulting calibres that were developed for mass production included the 500 and the 505, which was unveiled in 1961 as an upgrade of the earlier calibre.

While other brands eventually debuted different types of electric watches like the transistorised and tuning fork watches, Hamilton’s was based on a moving coil system which incorporated a balance wheel with an integrated coil, permanent magnets embedded in the movement plate, and mechanical contacts.

Elvis was a big fan. 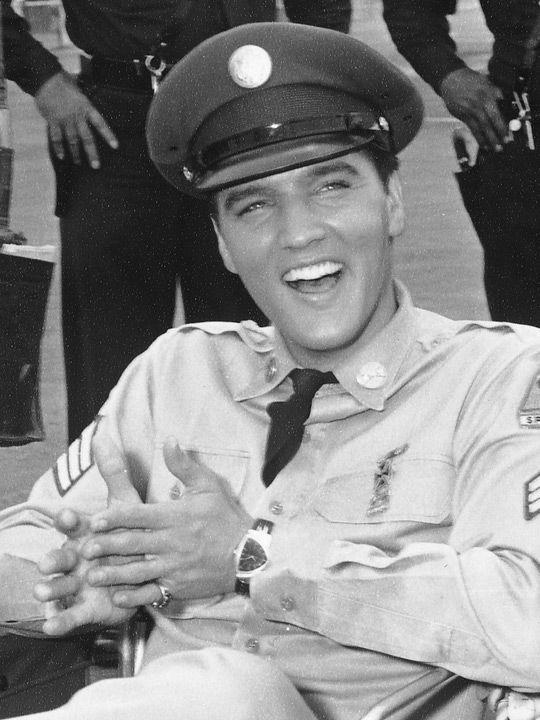 The King of Rock ‘n’ Roll liked his Ventura so much he wore it in his movie, Blue Hawaii. He even purchased it for his family members. In fact, his affection for the watch was so well-documented that the Ventura eventually became known as the ‘Elvis watch’.

Hollywood can’t get enough.
The Ventura’s appearance in Blue Hawaii was its second in a movie (the first being the Frogman worn by Robert Wagner in The Frogmen from 1951). It later went on to be featured in seven more films, most notably the Men In Black series starring Will Smith.

A quartz comeback.
With advances in technology, the demand for electric watches decreased and the Ventura was eventually discontinued in 1963. But as with all iconic timepieces, the Ventura remained sought after by collectors. In 1988, Hamilton decided to revive it with a quartz-powered reissue. Today, it continues to be one of the most recognisable watches in Hamilton’s stable, thanks to its signature triangular case shape and curved sapphire crystal. 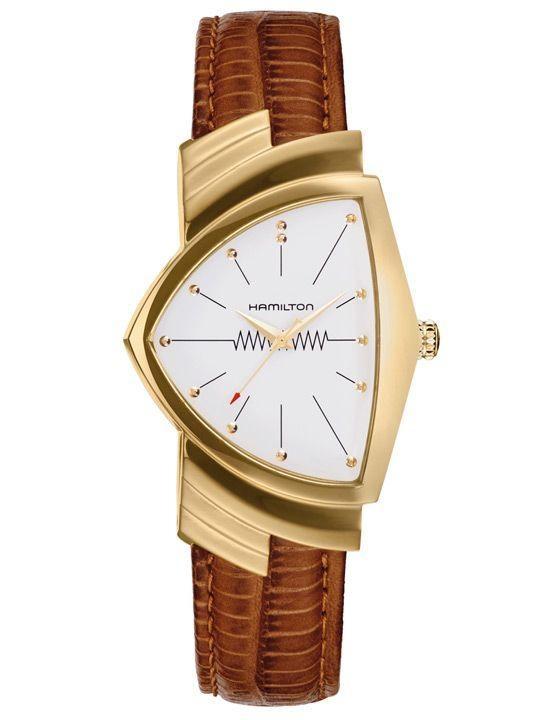 The Ventura celebrated its 60th anniversary in 2017 with three models. The first two, both Ventura Classics, are just as their name suggests—classically elegant, and identical to the original in terms of case and lug design. Both also feature an electric symbol across the dial as a reminder of the watch’s heritage. The yellow gold PVD version (above) comes with a red tipped seconds hand and is paired with a brown teju-patterned leather strap. 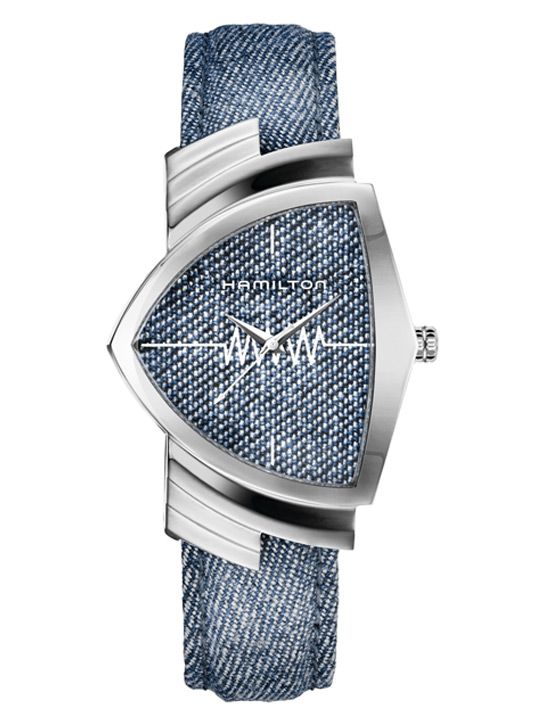 In an on-trend move, the other Ventura Classic is clad in denim (above)—a nod to the popular fabric in the 1950s when the model was born. Apart from the denim strap, the dial is also imbued with a 3D-printed denim pattern, complemented by a stainless steel case that keeps it timeless. 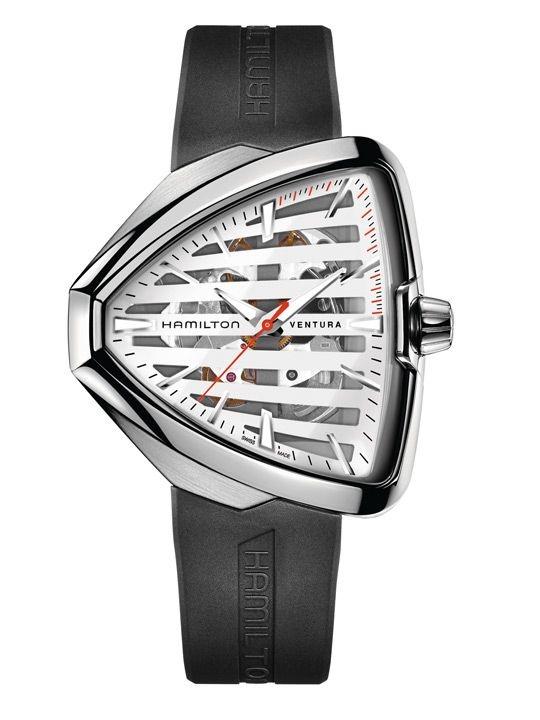 Unlike the Classic models, which are both quartz-driven, this version is powered by the automatic H-10-S movement with an 80-hour power reserve. Available in either a steel bracelet or sporty black rubber strap, the watch manages to look both vintage and refreshingly modern at the same time. In fact, if Elvis were alive today, we wouldn’t be surprised if we spied him sporting one of these—a most fitting watch for a true American legend.