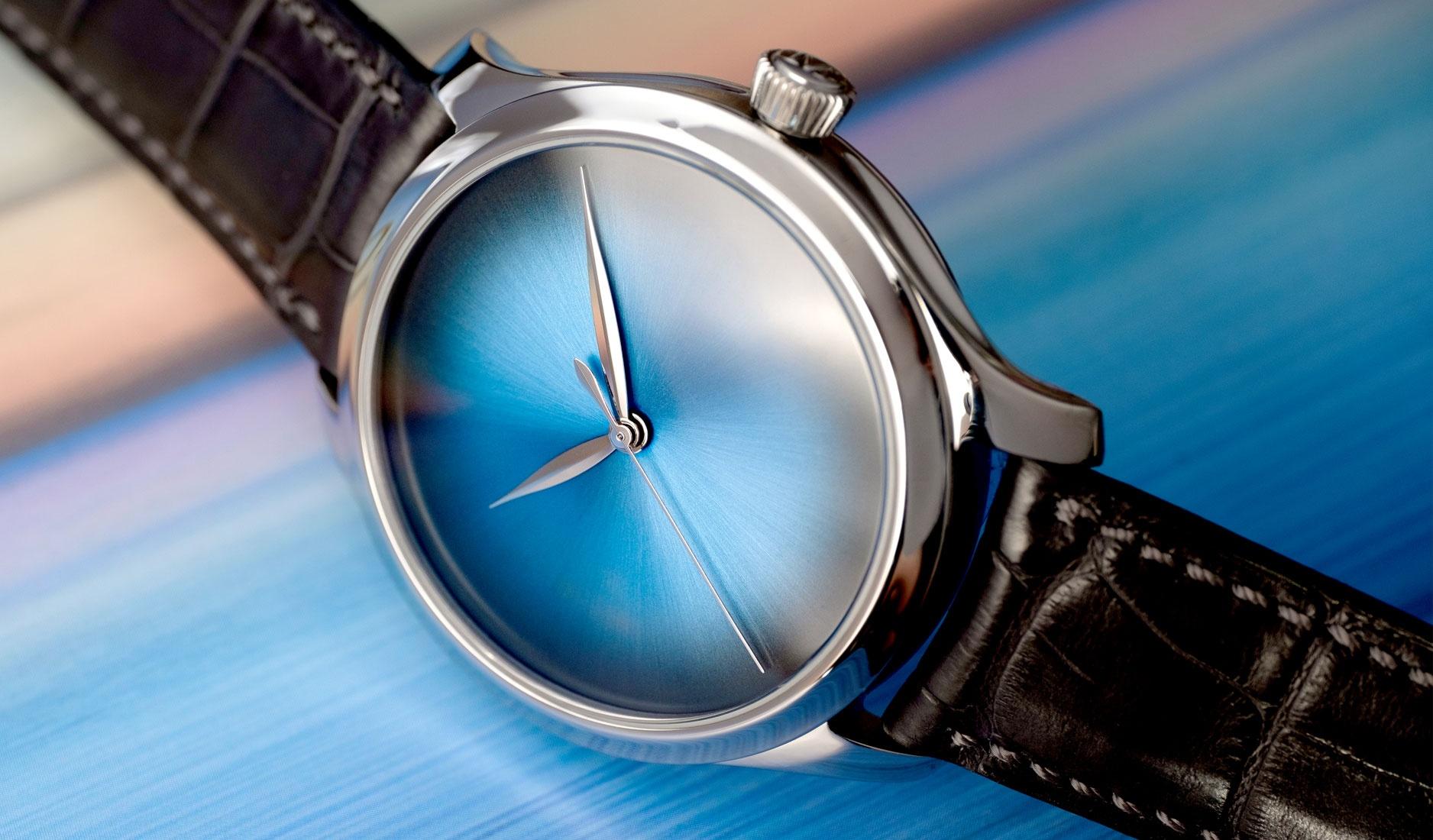 In 2015, H. Moser & Cie unveiled what was then considered an anomaly—a bare watch dial. Where others were busy endowing their watch faces with sub-dials and complication displays, Moser went the other way.

Devoid of indexes or even a logo, its Concept collection placed the spotlight firmly on a beautiful fumé dial that has come to be a signature of the brand. Clad in colours like blue, purple, teal and green, the fumé dials are both minimalist yet mesmerising.

This year, to celebrate the fifth anniversary of the Concept series, Moser is releasing three new limited edition Endeavour Concept models—two in the brand’s iconic Funky Blue and one in a new burgundy hue previously not featured in the Endeavour range. 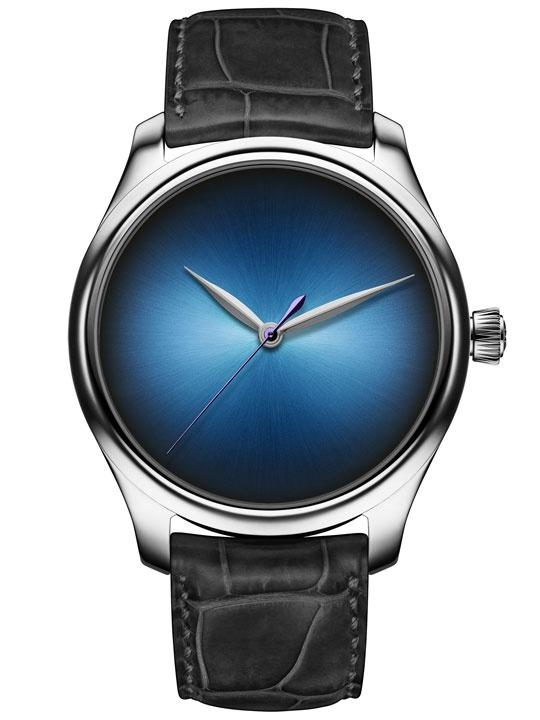 Moser’s hallmark leaf-shaped hour and minute hands adorn the dial in the same hue as the case, save for the seconds hand on the steel model which is in purple (above), probably to differentiate it from the white gold model. The in-house self-winding Calibre HMC 200 drives each one, with a power reserve of at least 72 hours. Each model is limited to 100 pieces, with the exception of the steel model, limited to 50 pieces. 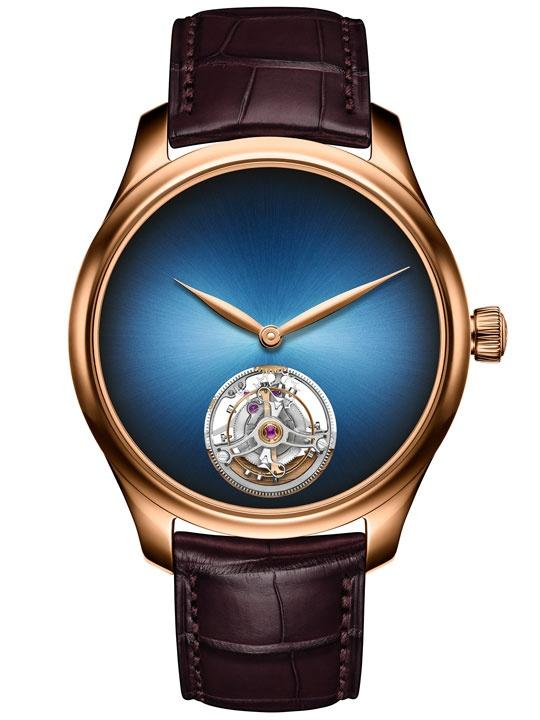 The next version, the Endeavour Tourbillon Concept (above), comes in the same variations as the Endeavour Centre Seconds Concept, without a seconds hand but with the addition of a one-minute flying tourbillon, at six o’clock, with skeletonised bridges. The watches run on the in-house self-winding Calibre HMC 804 with 72 hours of power reserve and are limited to 50 pieces each. 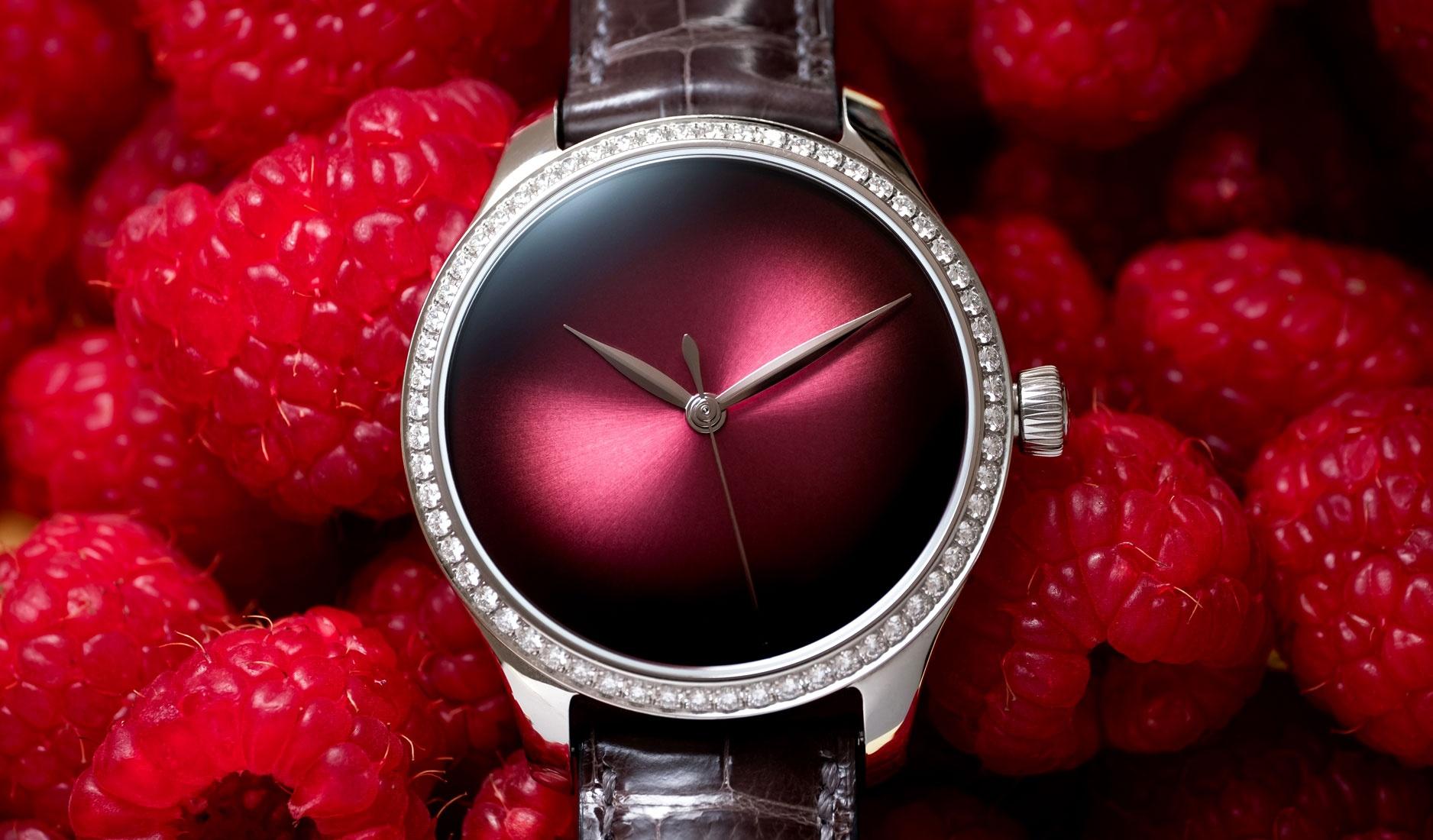 Perhaps most arresting is the Endeavour Centre Seconds Diamonds Concept, a steel beauty in a new burgundy hue with 60 brilliant-cut diamonds around the bezel. With a 38mm case (compared to 40mm on the other two models), this bejewelled version is clearly aimed at the fairer sex. Like the Endeavour Centre Seconds Concept, this model runs on the HMC 200 and is limited to 100 pieces.

While there might be the addition of diamonds and a tourbillon, there’s no denying the appeal of the Concept series lies firmly in the enthralling fumé dials. If this is what going back to the basics looks like, we couldn’t be more thrilled.