The Calibre 9RA2 marks another step the Spring Drive’s pursuit of thinness and power. 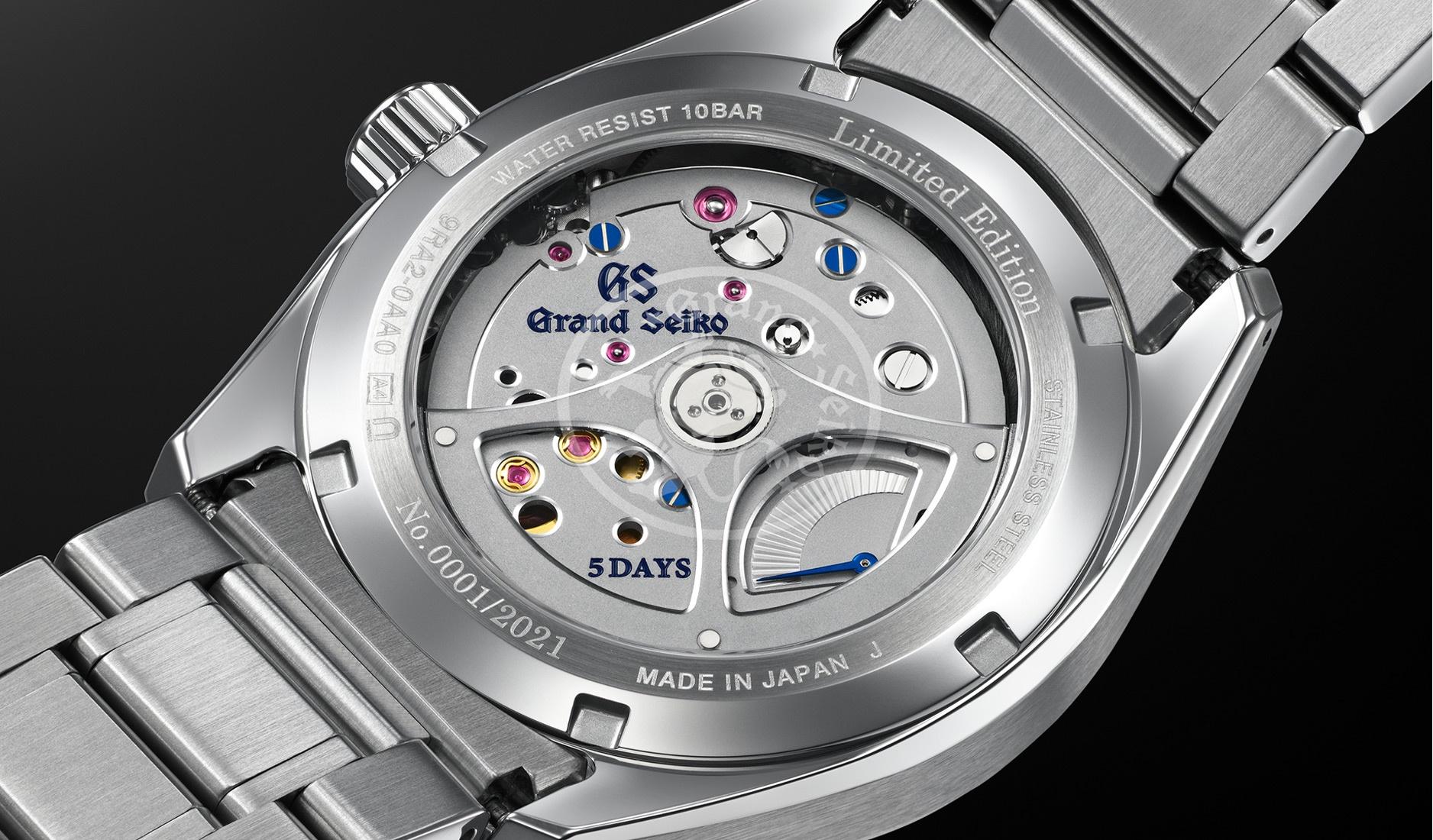 So, are you team mechanical or team quartz? Probably the largest single spilt in divisions when it comes to horology, the camps championing mechanical and quartz watches are diametrically opposed. Yet, if we had asked the same question to the engineers at Seiko’s watch back in the 1990s, we’d probably be greeted with nothing more than a wink and a snigger for a reply.

On the one hand, we have the biggest bastion of ‘true’ watchmaking represented by mechanical timepieces; fastidiously engineered and beautifully crafted mechanical components that work in tandem to not only tell time, but exemplify the evolution of the human mind. Mechanical watches hark to a time where things like artistry, craftsmanship and tradition matter in a world consumed by change and technology. And on the other hand, we have quartz watches, a nemesis to mechanical watches symbolised by factory line, million-units-per-second movement production; heralding the ‘new’ way of horology with low-cost, high-accuracy timekeeping bolstered by cutting-edge electronics.

The folks at Seiko, however, saw things differently. ‘Why not have the best of both?’ they asked. And with this rather sacrilegious notion, the Japan watchmaking powerhouse embarked on a mission to combine the accuracy of quartz movements, with the power and beauty of mechanical movements in a radical hybrid movement.

The idea took root in the 1970s but it wasn’t until 1999 that a fully functioning unit was introduced. Seiko christened the movement Spring Drive and, like it promised, combined the best attributes of mechanical and quartz movements in a single calibre that, until today, remains wholly one-of-a-kind.

MECHANICAL POWER, QUARTZ PRECISION
The Spring Drive movement works on the principle of using mechanical components to generate power and display the time, while relying on an electronic quartz circuit board to regulate precision.

In a Spring Drive movement, you’d find a barrel with mainspring, oscillating weight and a gear train to drive the hands – the same key components you see in a mechanical watch. But instead of a mechanical escapement at the heart of the movement, is a proprietary invention called the ‘Tri-synchro Regulator’. 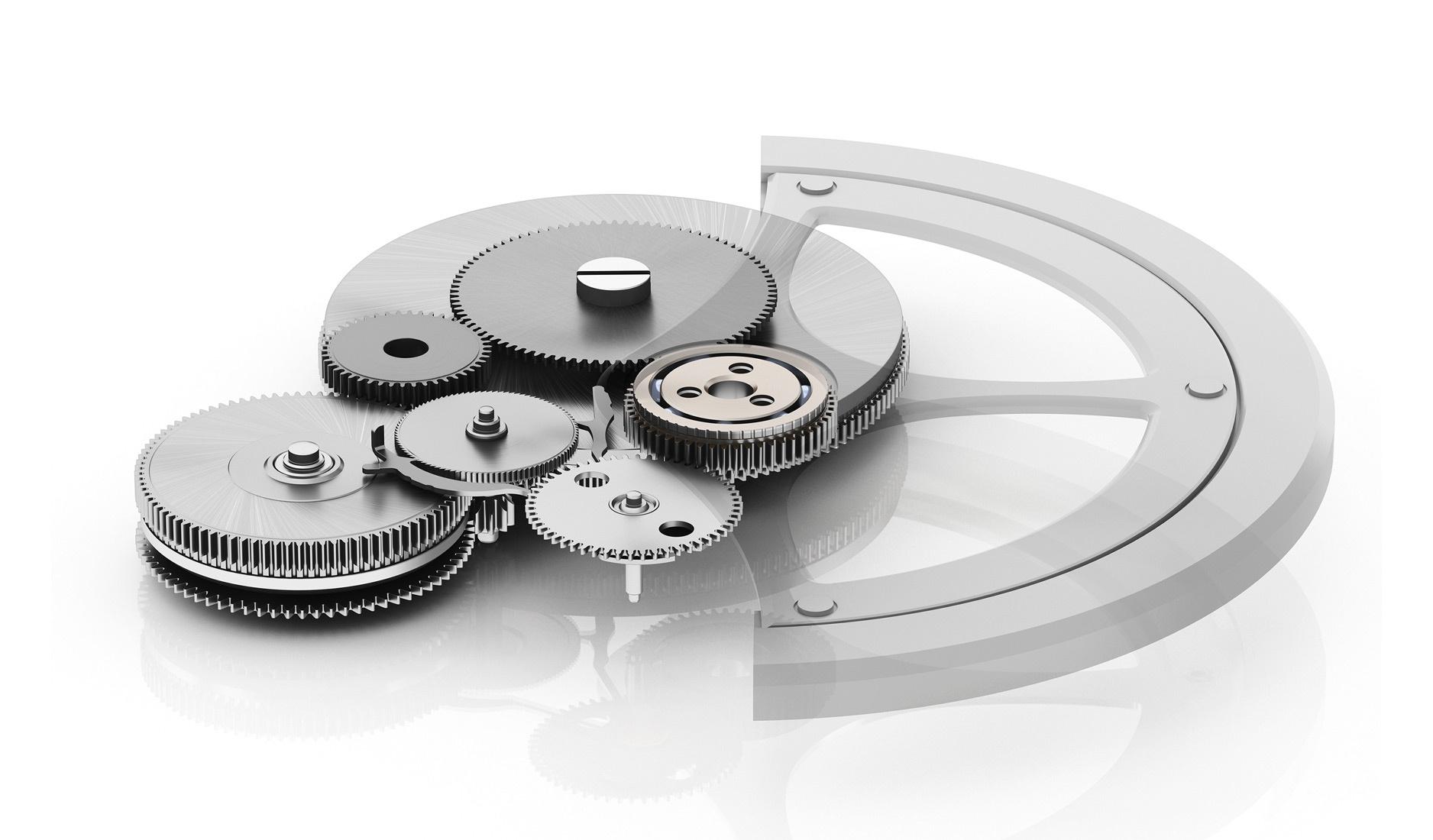 The energy generated by the mainspring is transferred to the Tri-synchro Regulator, which has a conduit mechanism called the ‘Glide Wheel’. Acting as an energy distribution hub of sorts, the Glide Wheel uses a magnet attached to it to receive the raw power from the mainspring and, with electro-magnetic energy, slows the power down and generate electrical currents that are fed into a quartz circuit board. At the same time, the Glide Wheel receives the regulated electronic energy impulses from the circuit board and converts it back – at exactly eight turns per second - to kinetic energy to drive the gear train for time display, manifested by the smooth motion of the second hand that just, well, glides across the face of the watch.

When it debuted in 1999 as a limited edition, the Spring Drive offered -/+ 15 second monthly precision with 48 hours of power reserve. Over the years, Seiko constantly improved the movement by fortifying the materials and alloys for the mainspring and gear train to extending its power reserve, as well as adding chronographs and GMT functionality. Save for a couple of references that offer eight-day reserve (the manual-winding Calibre 9R01), the Spring Drive repertoire had been dominated by the Calibre 9R6 series of movements with -/+ 15 second monthly precision and 72 hours of power reserve.

That is, until last year when Grand Seiko introduced the Calibre 9RA5 to mark the brand’s 60th anniversary. Slated as the next-gen Spring Drive, the Calibre 9RA5 raises the bar on the Calibre 9R6 series by offering five days of power reserve - an increase of 60 per cent in capacity - as well as better monthly precision rate of +/-10 seconds, compared to +/-15 seconds in previous Spring Drive calibres. At the same time, this is the slimmest of all Spring Drive movements yet, measuring 5mm in height. 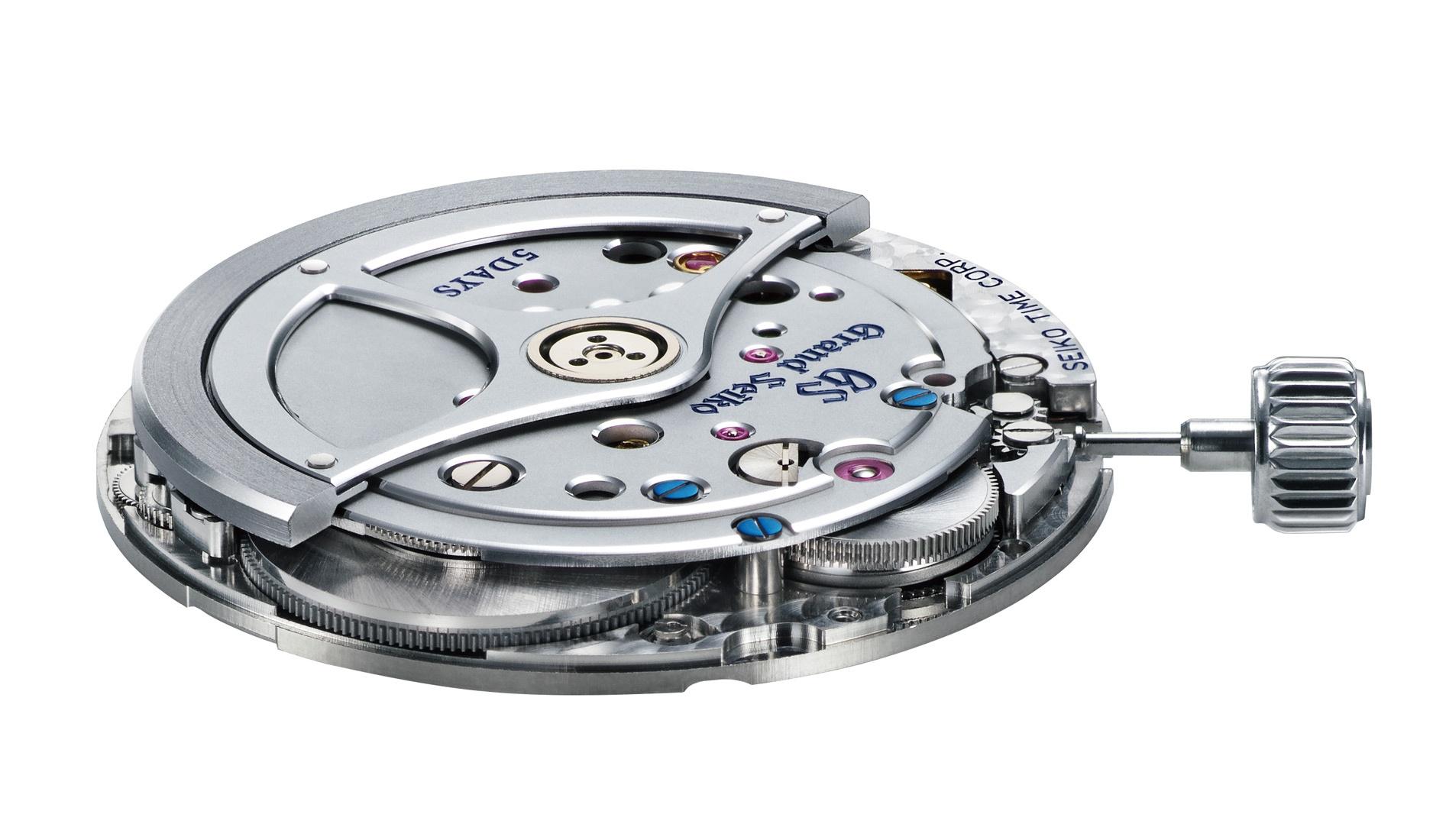 This year, barely months after the launch of the Calibre 9RA5, Grand Seiko unveils another follow up with the Calibre 9RA2. Boasting the same technical attributes and performance as the Calibre 9RA5, the Calibre 9RA2 also comes with two barrels to deliver 120 hours of power reserve, redesigned winding mechanism and hands position to ensure that it is ultra-slim at 5mm, and reconfigured integrated circuitry to compensate for temperature fluctuations, so as to improve timekeeping precision to +/-10 seconds per month.

The new version differs slightly, in that its power reserve indicator is repositioned to the back of the case. This allows for a cleaner dial display that is very well utilised on the Grand Seiko Heritage ‘Lake Suwa’ limited edition. 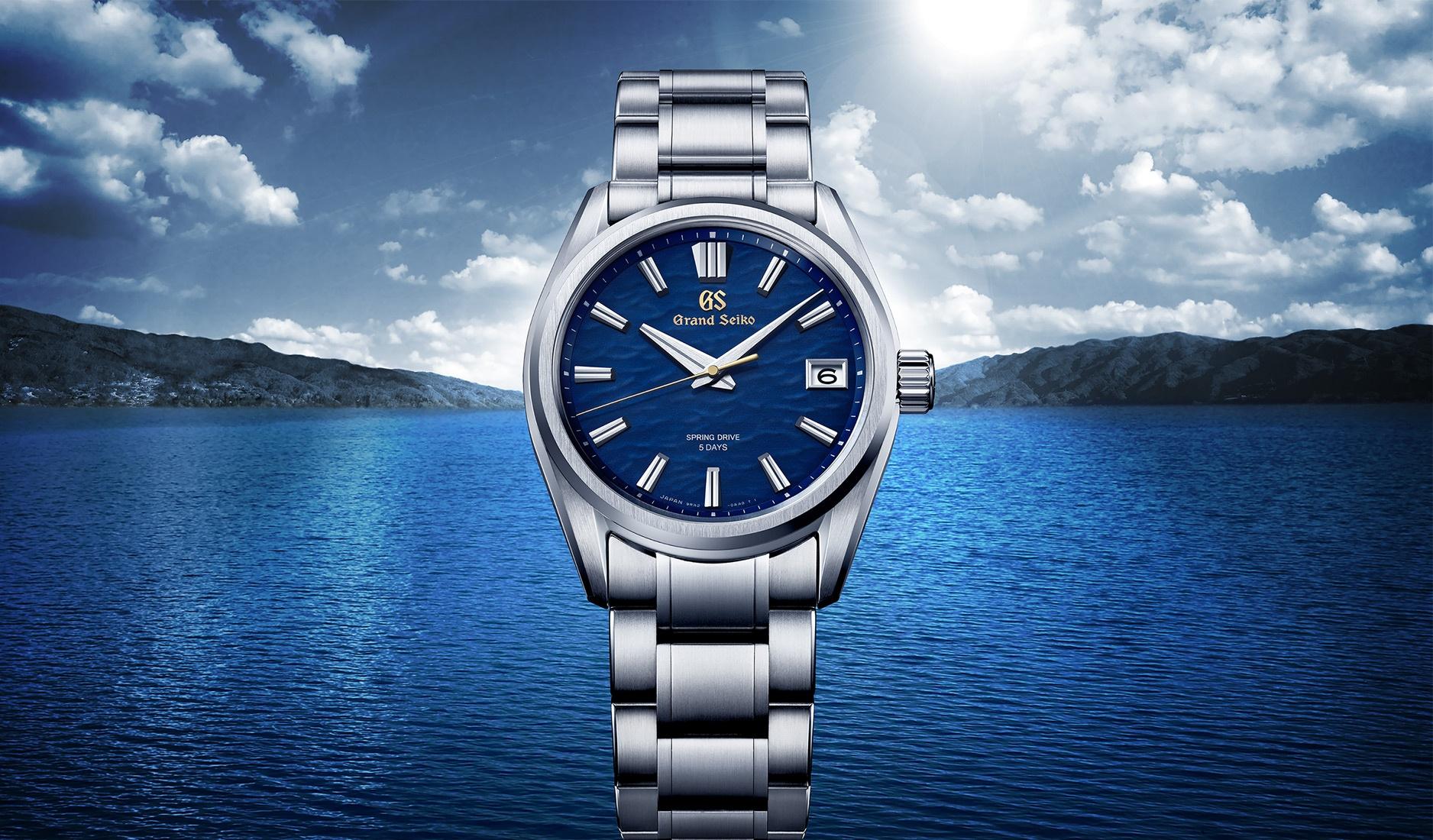 Capped at 2,021 pieces, the watch’s sublime dial decoration is the artisanal complement to its cutting-edge movement, featuring a textured blue surface that is shaped to resemble the ripples on the surface of Lake Suwa that lies close to Grand Seiko’s Shinshu Watch Studio. Elsewhere, the facetted hands and indices, and gold Grand Seiko logo and second hand complete the Heritage collection’s distinctive stateliness.

That’s not to say that the Calibre 9RA2 is all power and no panache. The movement is beautifully finished and decorated with a frosted treatment, as well as diamond-cut bridge lines and holes for a distinguished appearance – further lending inner beauty to its state-of-the-art construction. 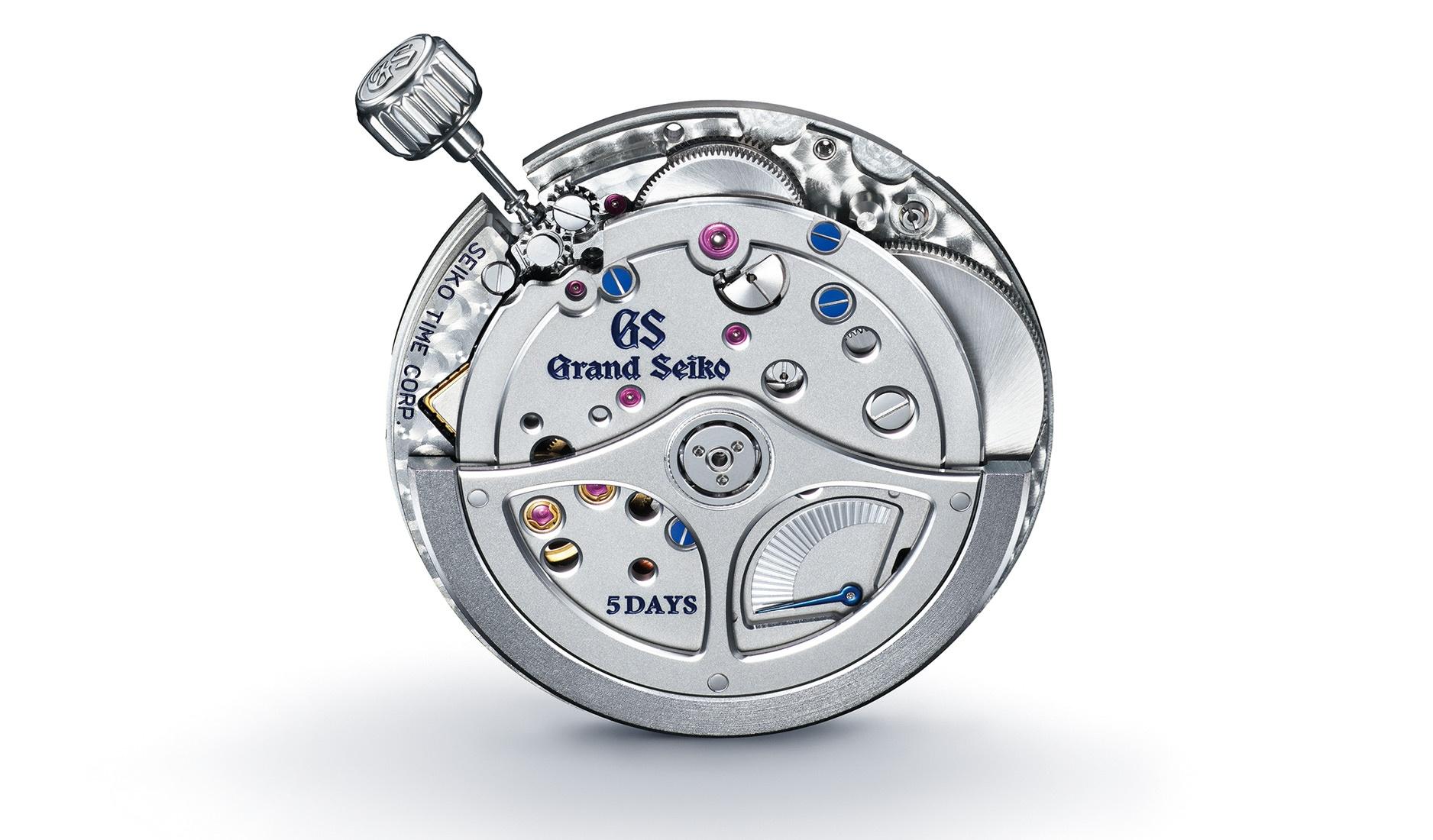