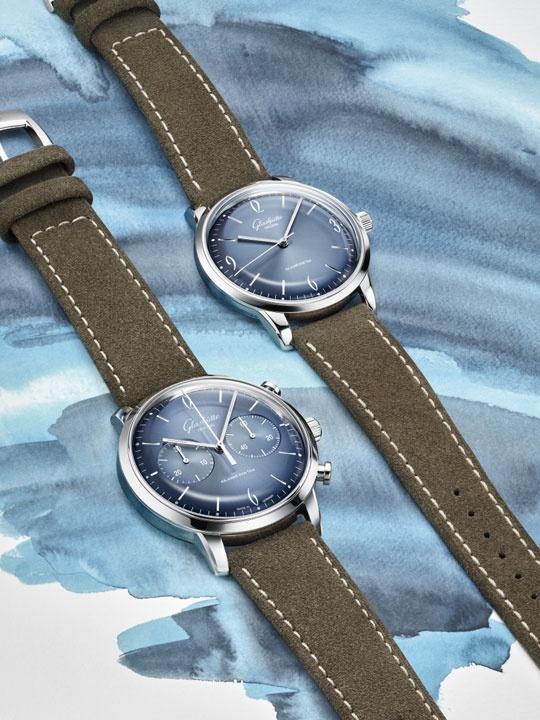 Since its debut in 2016, Glashütte Original’s Sixties collection has been a highly anticipated launch each year, taking on bold colours from 2018 onwards. In fact, that was the year it debuted a stunning textured domed dial with dégradé finish (check it out here). The striking green dial was also bang on trend with 2018 marking the year we saw a deluge of emerald hues.

Last year, the brand introduced a fiery orange version with the same textured dial and dégradé finish. Although salmon dials were a thing then, the Sixties’ radiant orange hue certainly stood out in fine form. 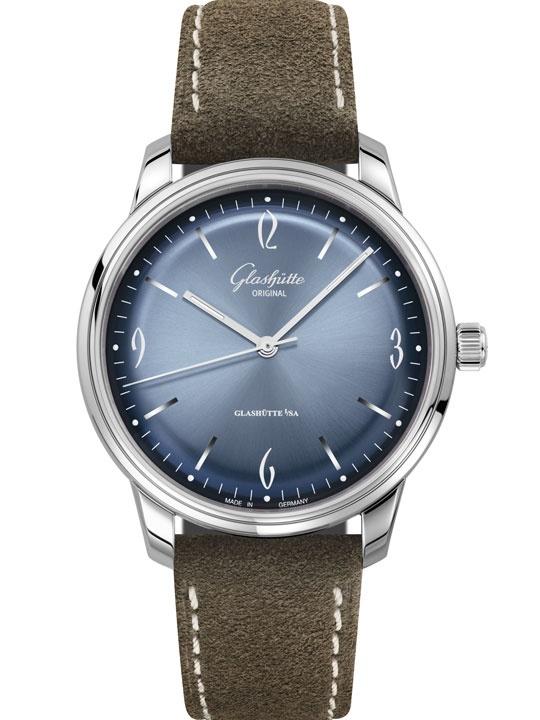 For 2020, the brand is unveiling yet another coloured dial, this time in glacier blue. The icy hue is reminiscent of frosty alpine landscapes and pairs beautifully with the greyish brown nubuck calfskin straps. Unlike the previous two versions with textured dials, this one comes in a smooth sunray finish that catches the light in a lovely shimmer. The dégradé effect is retained, though, as is the domed shape of the dial. 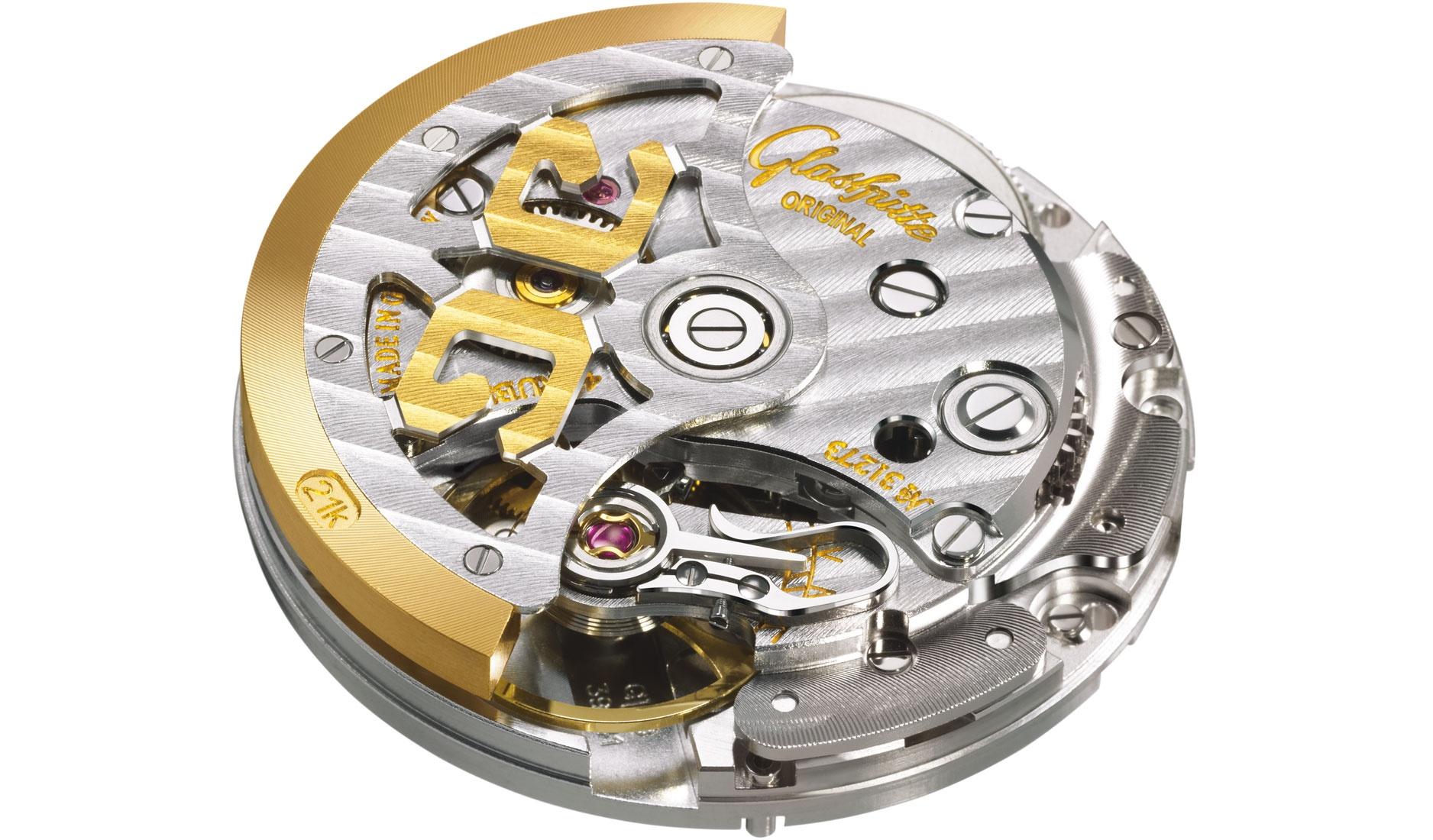 The Sixties model continues to run on the self-winding Calibre 39-52 while the Sixties Chronograph uses the Calibre 39-34, both equipped with a 40-hour power reserve. Fans will also realise it’s the first time since 2016 Glashütte Original has brought out the chronograph for the Sixties series as the previous two versions featured the Panorama Date. The Sixties Chronograph comes with a stop seconds function as well as a 30-minute totaliser and small seconds counter. 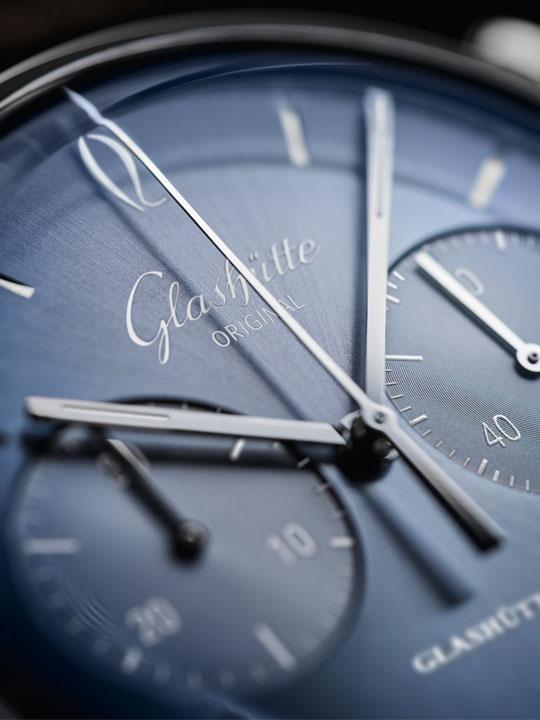 Both calibres are finished with Glashütte ribbing, and the swan-neck fine adjustment as well as skeletonised rotor are visible through the sapphire caseback. In vintage fashion, the Sixties comes in a smaller 39mm stainless steel case while the Sixties Chronograph is housed in a slightly larger 42mm case. Like the previous annual editions before, these two models are an ‘annual edition’, meaning they will only be produced for a year and then discontinued after. 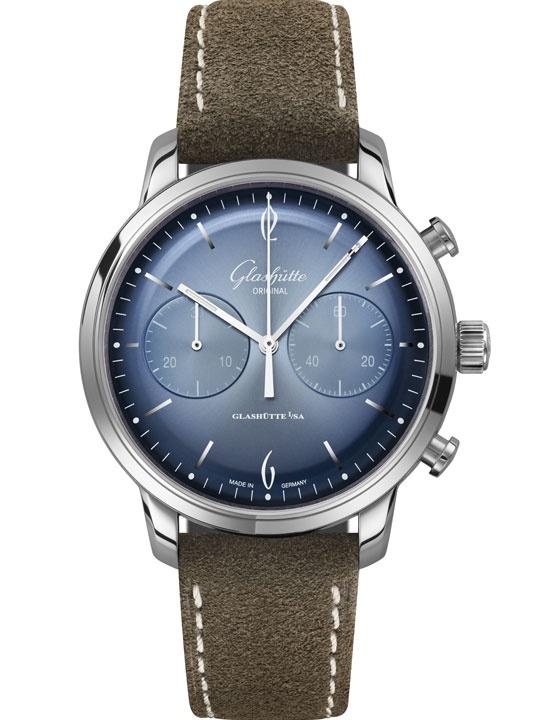 What the new models lack in texture, they more than make up for in allure. It’s incredibly hard to take your eyes off the silvery blue dial with its dégradé gradient. For that alone, we think this year’s Sixties collection is a bona fide winner.