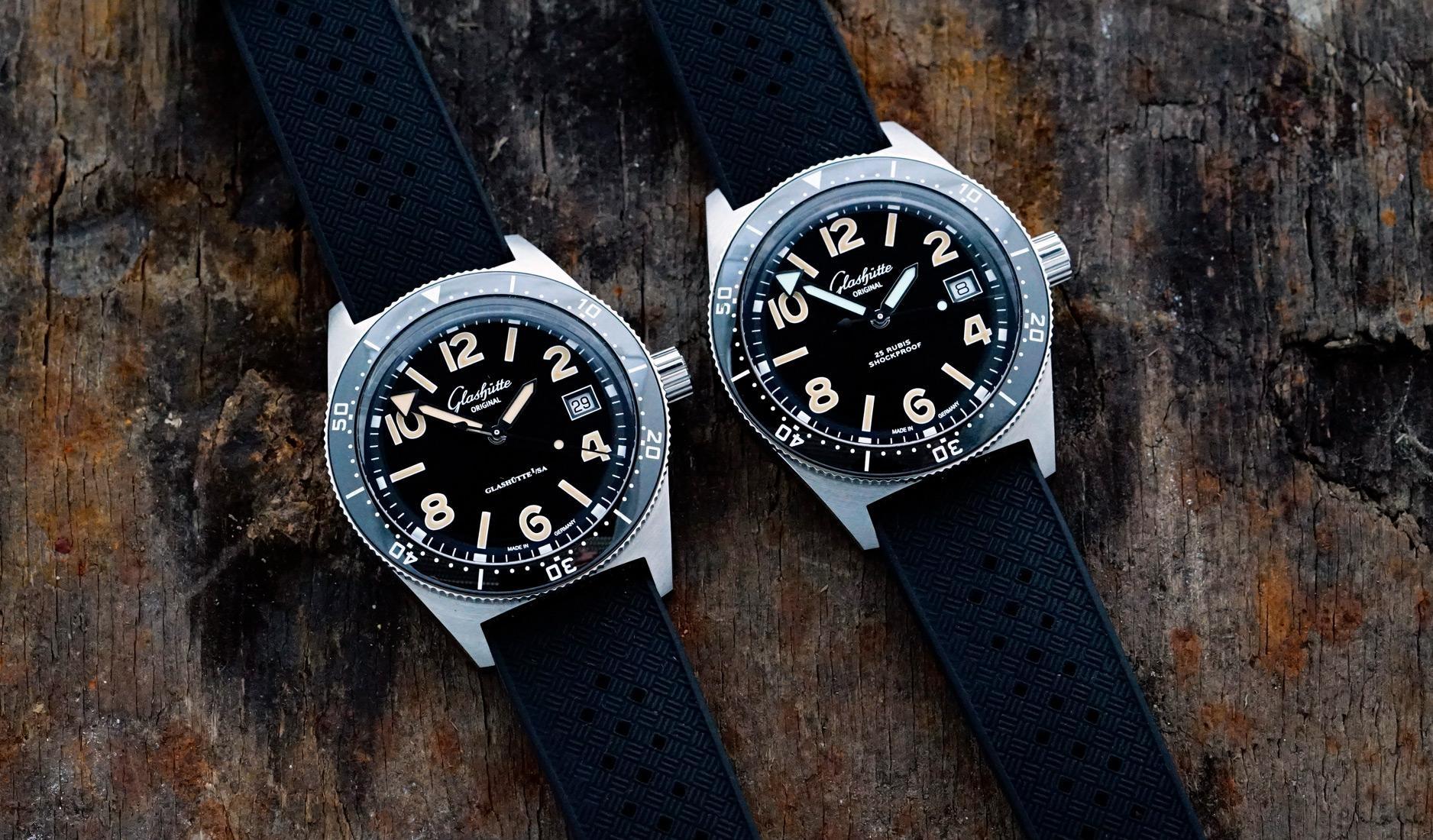 An influential torchbearer of modern German watchmaking, Glashütte Original is a brand whose history is inextricably tied to that of its country’s evolution. Among the events that impacted its conception is the division of Germany after World War II, which saw Eastern Germany held under Soviet rule and, under these terms, many German manufactures, across several industries, were consolidated under state-owned companies.

For Glashütte, the city’s watch brands were consolidated under one company – VEB (which means state-owned) Glashütte Uhrenbetriebe. It produced timepieces for distribution and sale in the Soviet Union from the 1950s till the noughties when Swatch Group bought the brand over. Read more about Glashütte’s watchmaking lineage HERE.

While Glashütte Original, as it is now known, has developed a modern reputation for high-end dress watches that reflect the austere stylings that German watchmakers tend to utilise, it switches thing up this year with a new tool watch-inspired collection. Aptly named Spezialist, the collection debuts with three models that, for now, fulfil a specialist divers’ niche. 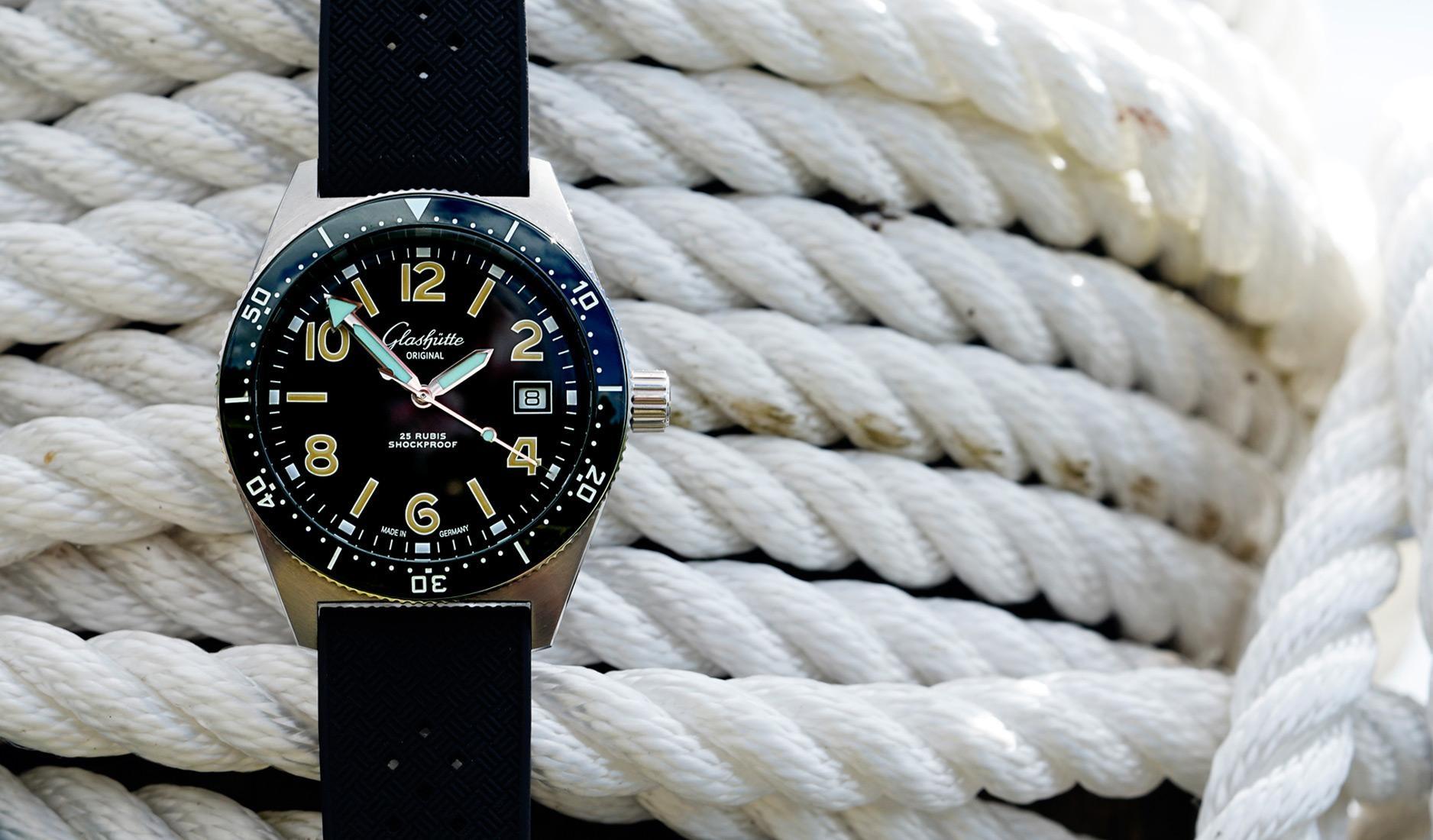 The flagship model of the range is the Spezialist SeaQ 1969. Limited to 69 pieces, the watch is a faithful re-creation of the Spezimatic Type RP TS 200, a dive watch by Glashütte Uhrenbetriebe in 1969.

Glashütte Original knows how to produce a faithful homage, with the Spezialist SeaQ 1969 being everything you’d want in a re-edition. While the original measures a petite 36mm, the new SeaQ 1969 comes in a 39.5mm stainless steel case that not only aids legibility but is more suited to modern tastes. 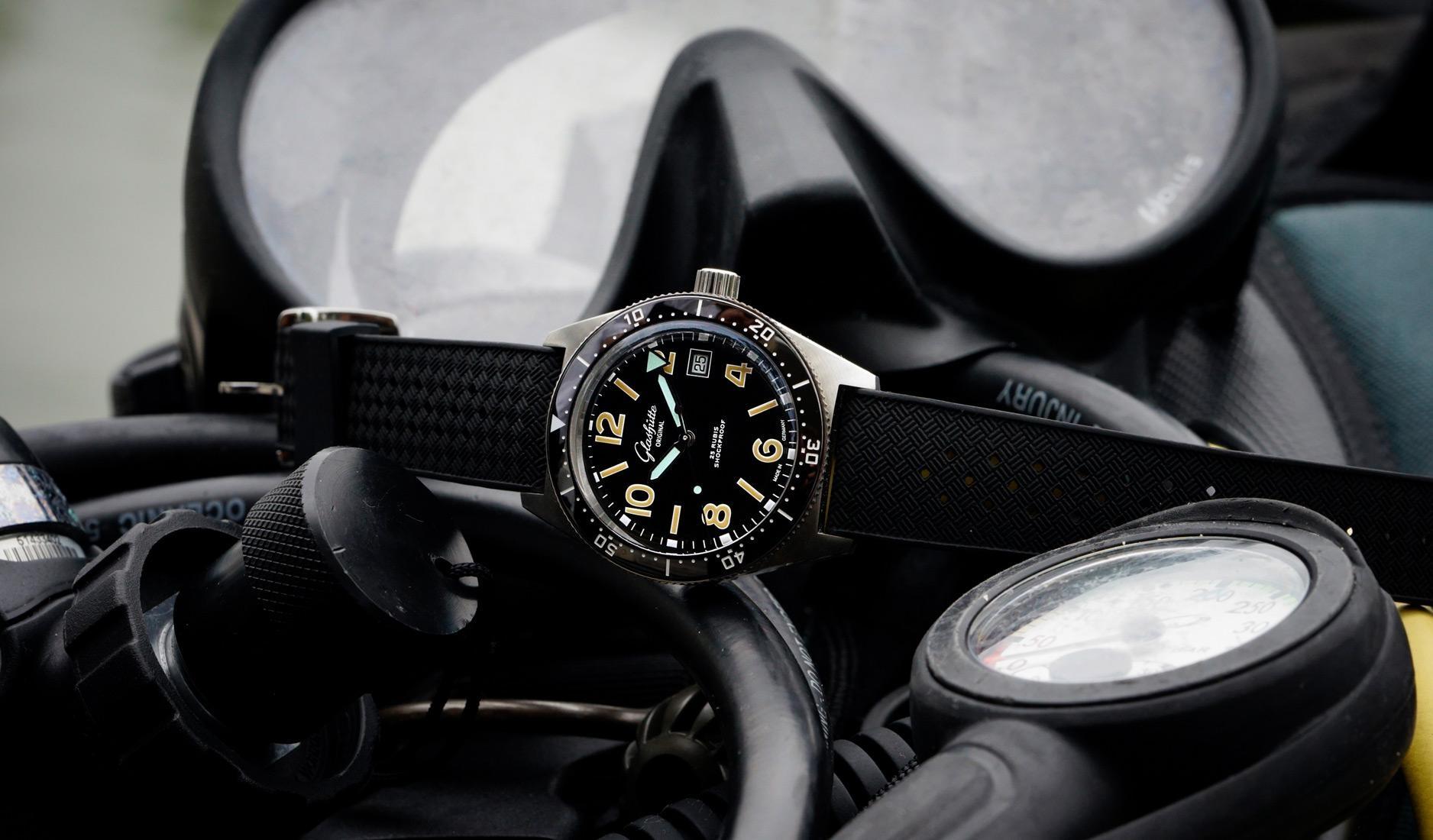 The black dial provides a neat canvas for large Arabic numerals coated in light brown Super-LumiNova, designed to evoke patinated lume. This is an interesting contrast to the green Super-LumiNova on the hands – a unique design choice of the original in 1969.

The text on the dial reads ‘25 rubis’ and ‘shockproof’ that is transplanted from the original. Fret not though, the words don’t reflect the watch’s actual movement, which is the modern self-winding Cal. 39-11 with 40-hour power reserve, and features swan-neck fine adjustment and Glashütte ribbing. 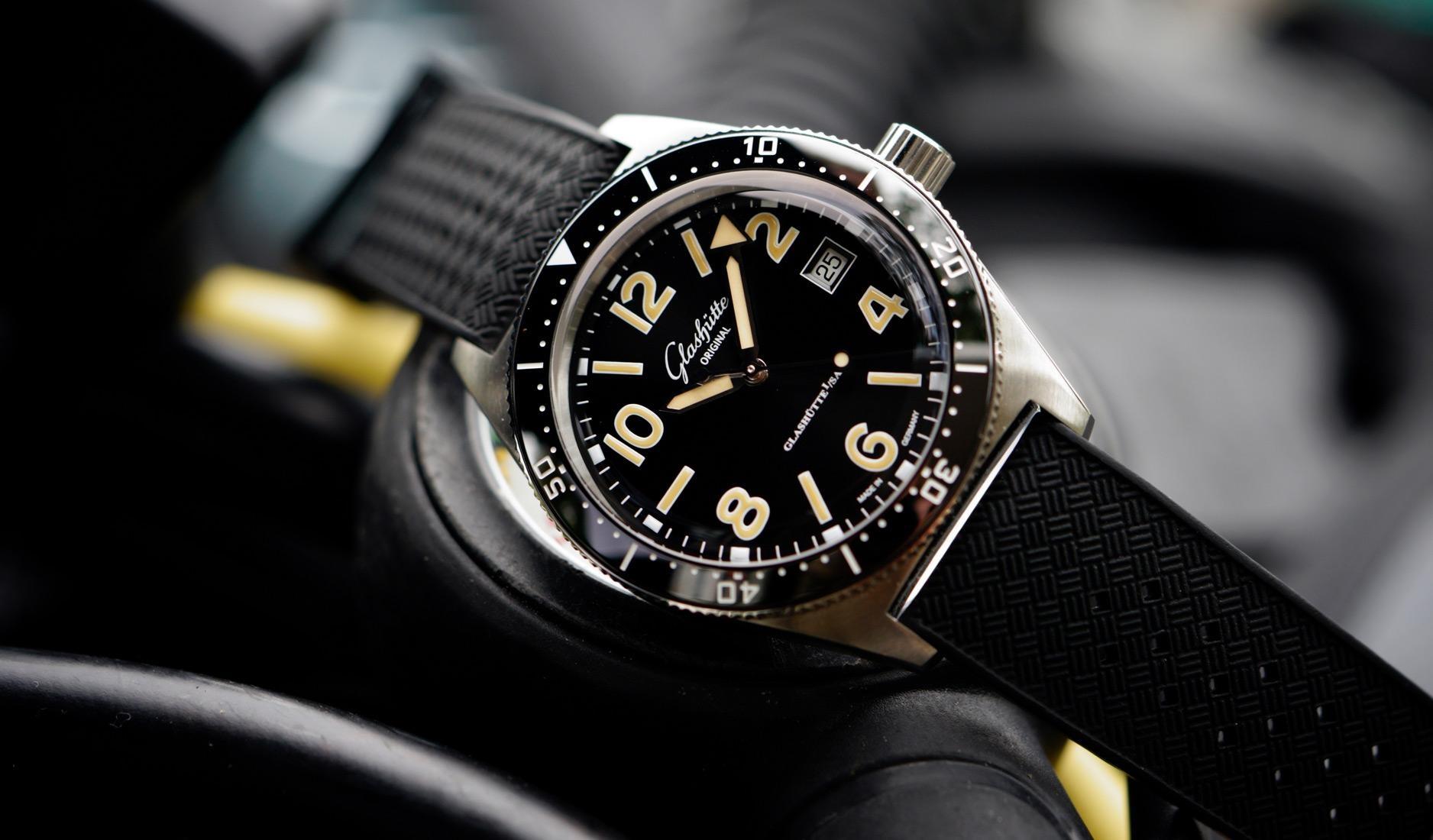 The standard version that is not limited, however, is the Spezialist SeaQ. While also retro-inspired, this model does not have the contrasting lume that is found on the SeaQ 1969. Instead, both hands and Arabic numerals are coated with the light brown ‘patinated’ lume. Another key difference is that this model substitutes the vintage lettering with the brand’s own font. 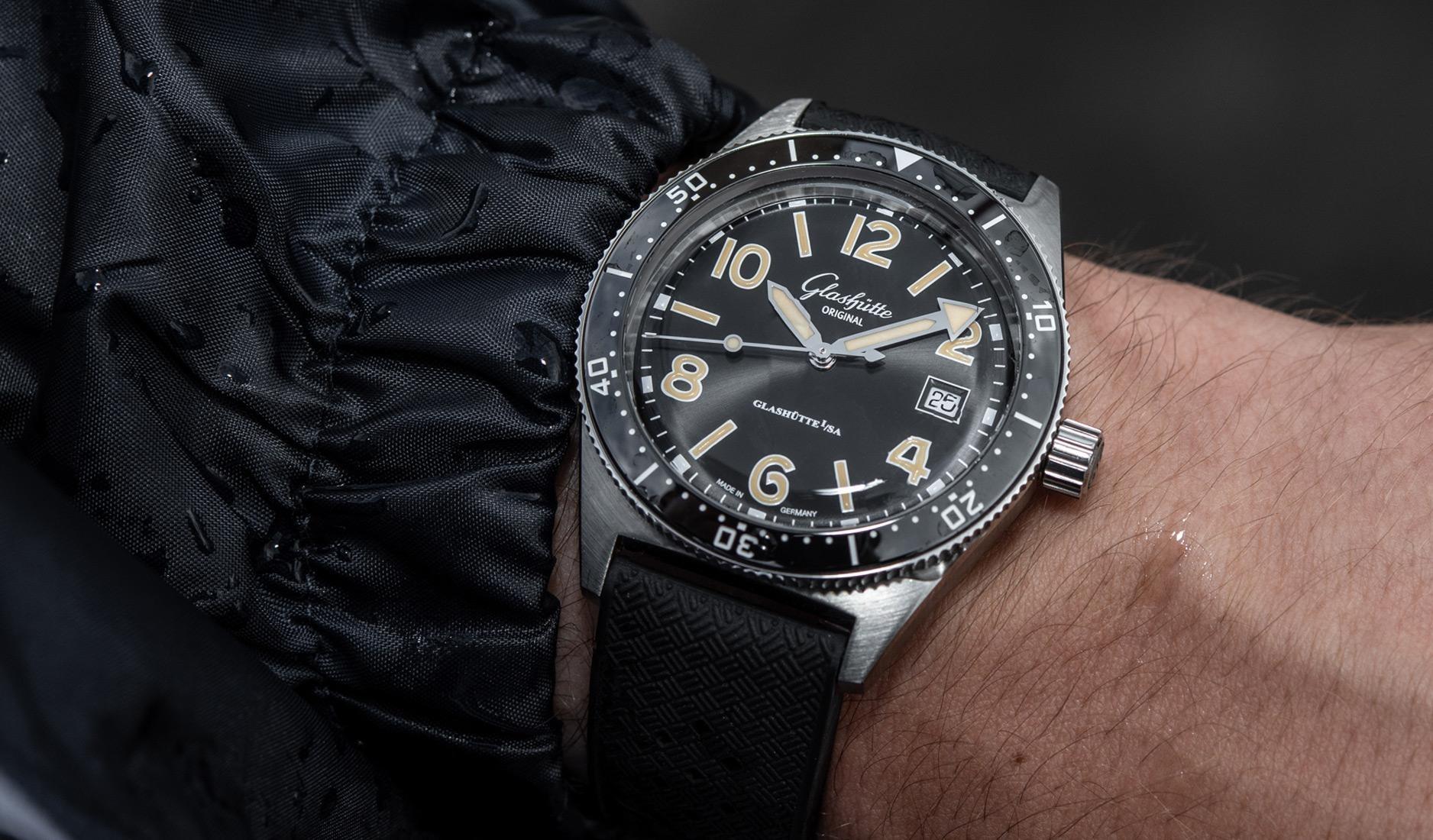 Both the Spezialist SeaQ 1969 and the SeaQ are available with a synthetic mesh or rubber strap option, the former being a great choice if true vintage is your look. The SeaQ however, is also available with a matching stainless steel bracelet option that upgrades the watch to a more modern-styled, sporty dive watch.

Functionally, both models are fitted with the same aforementioned Cal. 39-11 movement. The SeaQ and SeaQ 1969 are water-resistant to 200m and feature an engraved steel caseback with Glashütte Original’s logo and a trident, in front of 20 waves to reflect the water resistance of the watch. 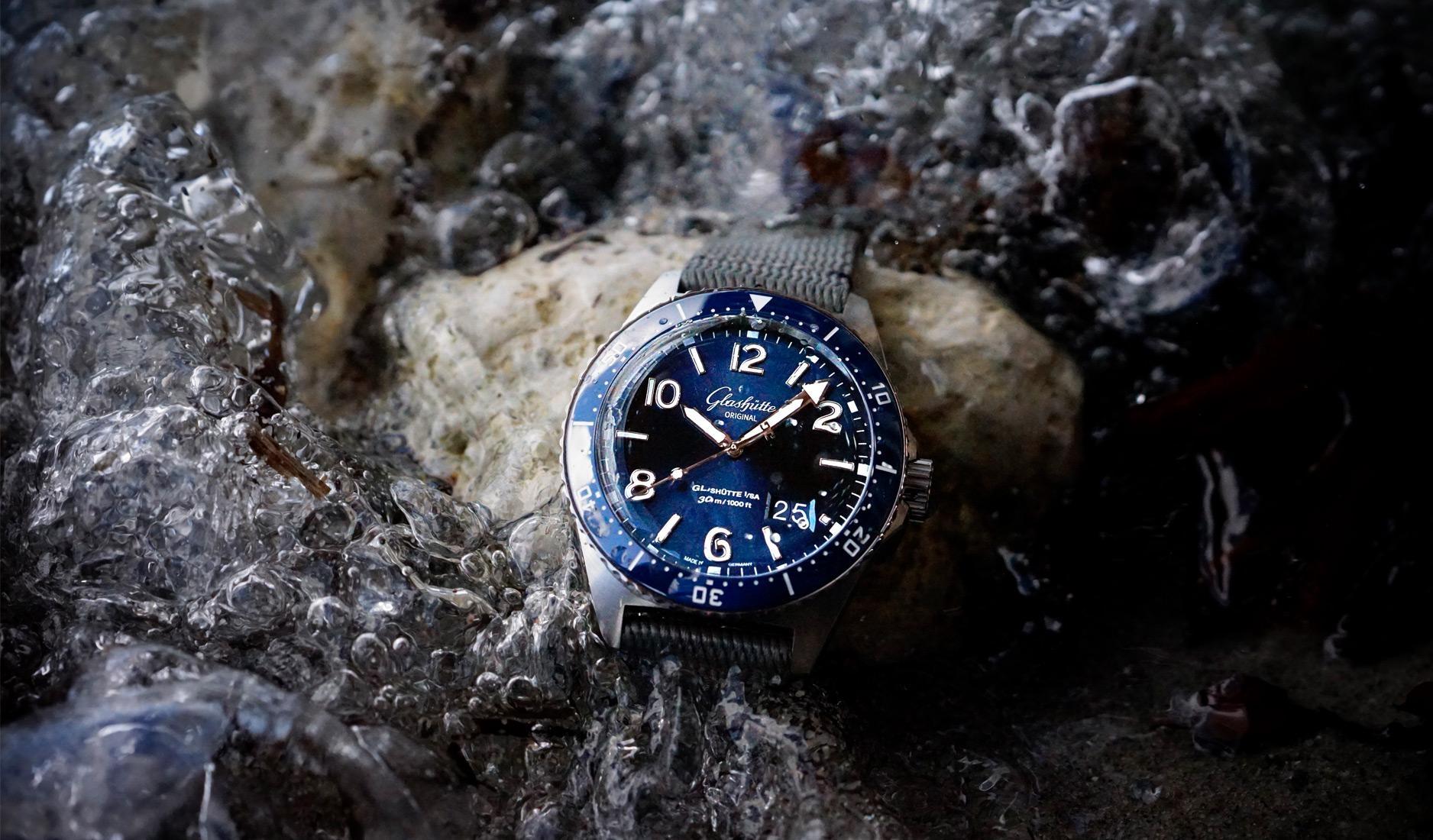 This model incorporates Glashütte Original’s iconic oversized date, while maintaining the utilitarian function of the range, with just the tiniest dash of the vintage feel. Larger at 43.2mm, it is also available in two different colour executions – a luxurious galvanic blue dial with sunray finishing or black with the same sunray finishing.

Unlike the aforementioned SeaQs, the numerals and indices on the SeaQ Panorama Date are applied rather than printed, and filled with white Super-LumiNova for a very different look. The SeaQ Panorama Date is obvious in its modernity, but it still fits in thematically with the other SeaQ models; a commendable effort by the brand’s design team. 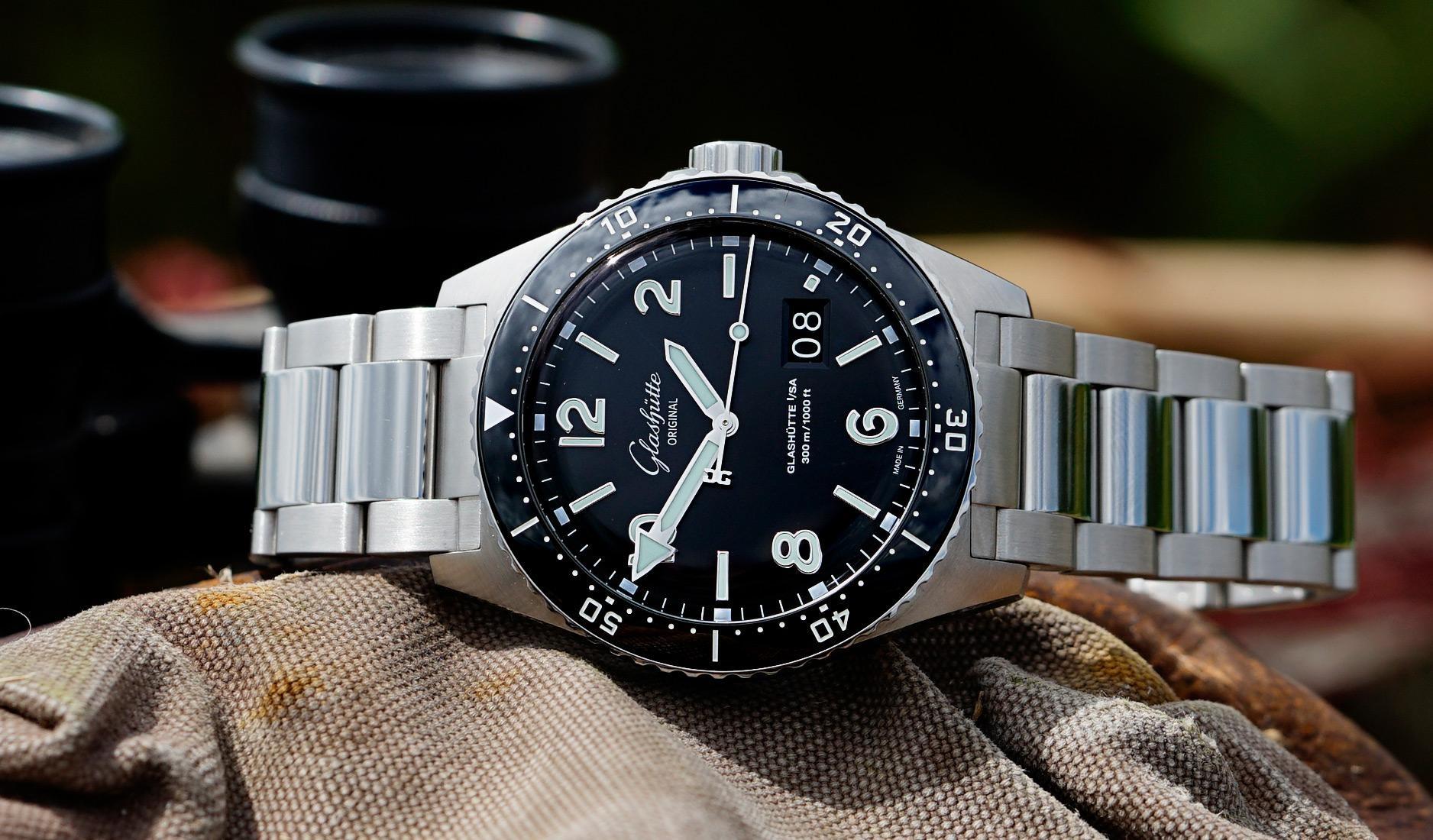 Both functionally and aesthetically, the biggest difference here is the inclusion of Glashütte Original’s Panorama Date display. This function upgrades the piece to one that’s perhaps more suited for the boardroom, rather than the bottom of the ocean. It also means that Glashütte Original has included its tremendous chronometer-certified Calibre 36 (or Cal. 36-13, specifically in this case) that boasts 100 hours of power reserve, amazing precision and superlative finishing.

The Glashüttian-style of finishing is one that’s world renowned and it makes sense that the brand would opt for a sapphire caseback for this model. That has not hampered its ability underwater, of course. The whole SeaQ range is built for roughhousing with several stringent checks put in place to ensure the watches can survive a beating and, even with a sapphire caseback, the Panorama Date promises a water resistance of 300m, even more than the other models.