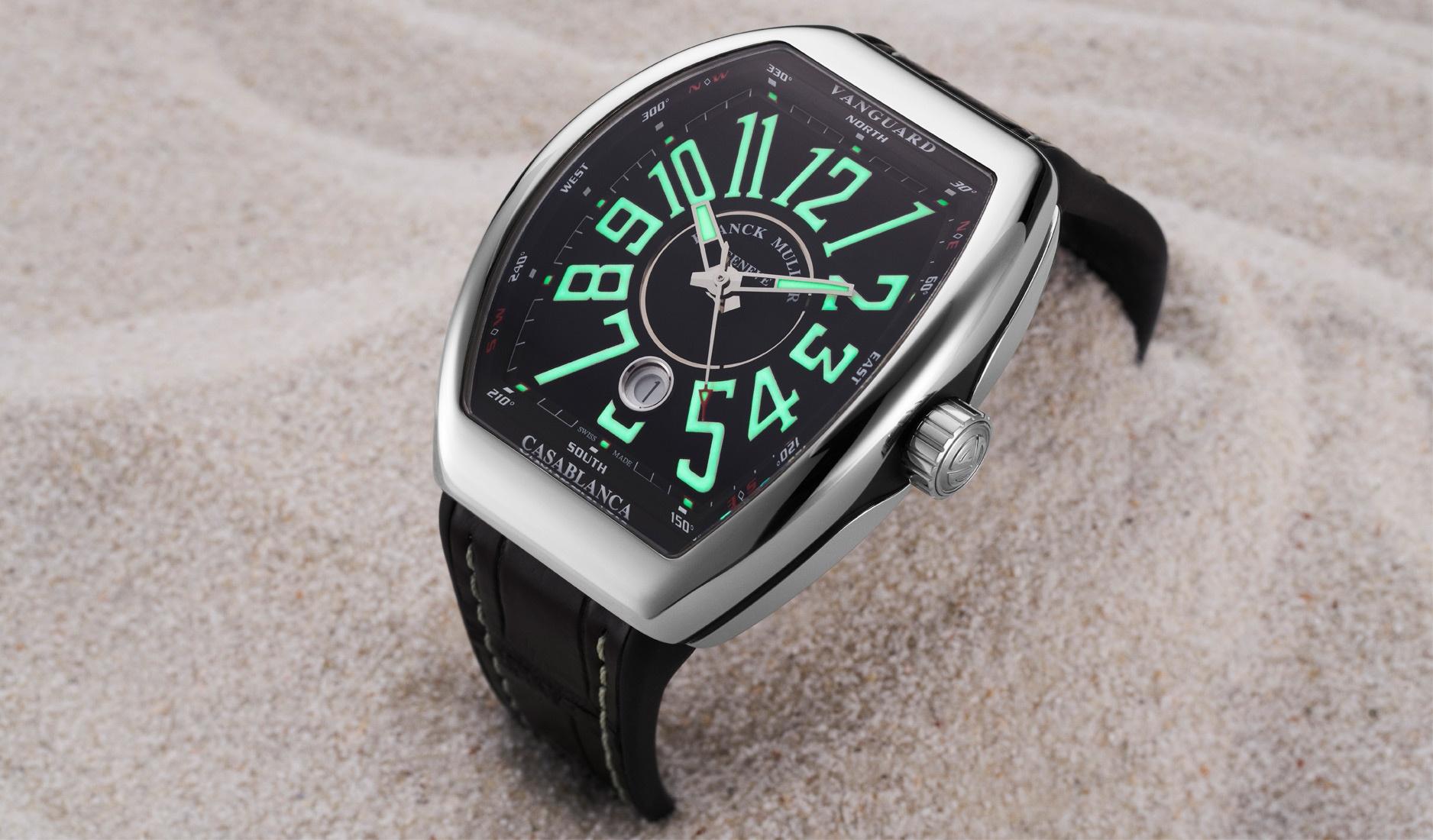 We are not surprised if the name ‘Casablanca’ conjures the image of Humphrey Bogart bidding Ingrid Bergman his heart-wrenching “we’ll always have Paris” goodbye in the iconic 1942 movie. Or perhaps, if you were a wealthy traveller familiar with exotic locales, the fascinating Moroccan port city that is famed for its diverse architecture and culinary treasures.

If you were a watch buff, however, the name ‘Casablanca’ will inadvertently recall the sublime, tonneau-shaped dress watch collection of the same name by Franck Muller. Legend has it that the brand’s eponymous founder himself, too, was inspired by Casablanca the movie when he created the watch collection.

Defined by sensuous lines that amplified the curves and three-dimensionality of the traditional tonneau-shaped case – an aesthetic that Franck Muller has since trademarked ‘Cintree Curvex’ (French for ‘arched in a curve’) – the Casablanca watches also featured capricious dials dominated by large, Art Deco-style Arabic numerals fanning out from the centre. Indeed, this was a look and style that would become synonymous with Franck Muller. More pertinently, at once an old-school homage and a distinctive contemporary dress watch, the Casablanca collection was immensely popular and rang up more than a few cash registers in its heyday. 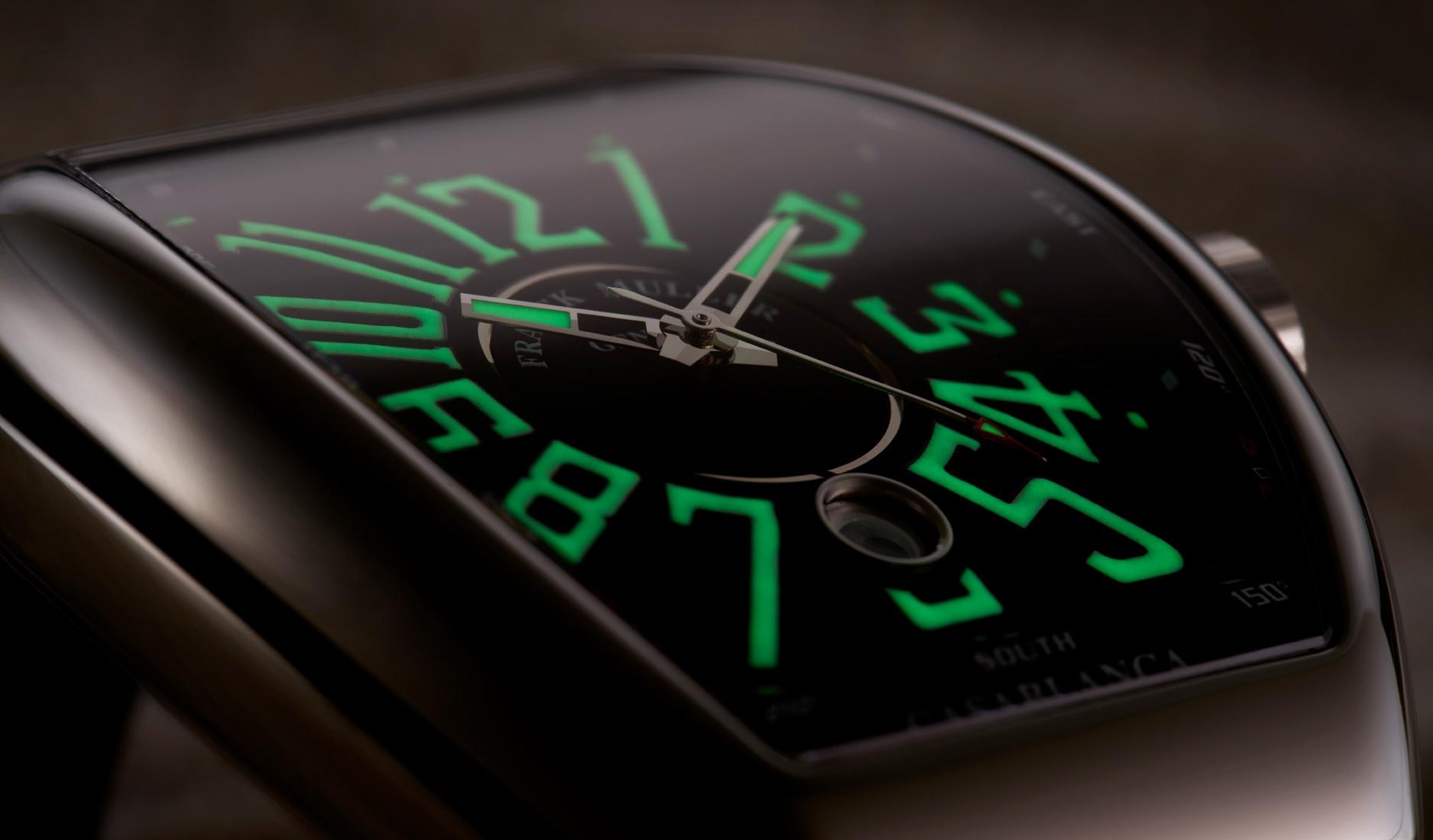 Although the Casablanca line was never discontinued, it took a back seat in recent years, overshadowed by the rest of the brand’s line-up; especially with the launch of the Vanguard collection in 2015 that has dominated the new releases. This year, however, Franck Muller decides to cross-pollinate the two collections to introduce the Vanguard Casablanca. If one were to draw a silver screen comparison–after all, the collection has ‘Casablanca’ in its name–the watches are like a shouty and colourful Baz Luhrmann-esque remake of the original.

Watch lovers who know the Vanguard collection will be familiar with the watches’ hefty cases (sort of a gym bro version of the Cintree Curvex), colourful and striking dials, and thick, sturdy straps that present a sporty and dynamic spirit. And just like how Franck Muller icons like the Crazy Hours and Revolution 3 Tourbillon, that received the Vanguard treatment have ended up looking party-ready, the Vanguard Casablanca, too, reemerges as a strapping collection that looks to have shaved off years from the original. 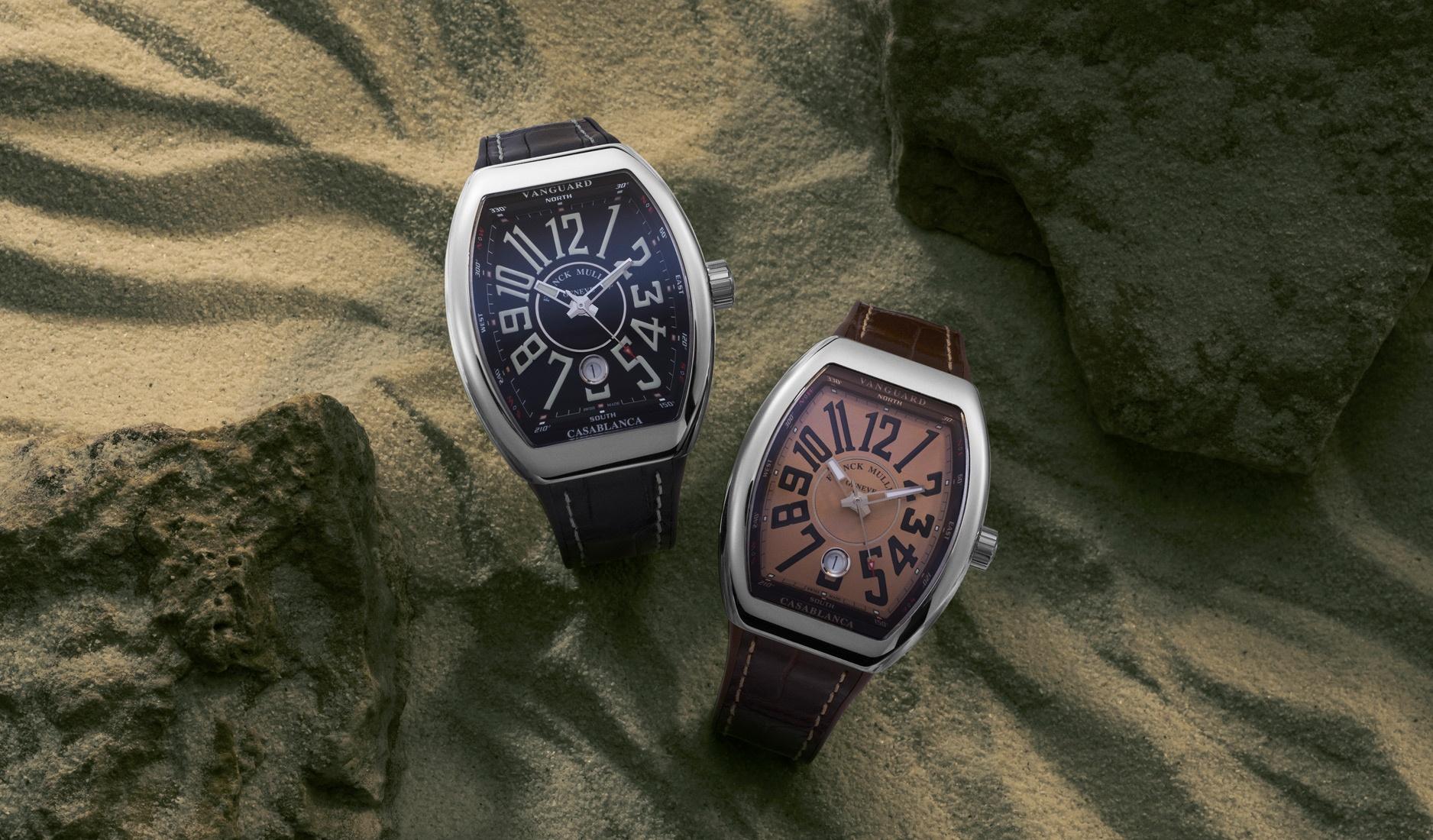 Offered in two sizes measuring 41mm and 43mm across, the Vanguard Casablanca makes its presence felt. The tonneau-shaped profile has been substantially beefed up and, in place of the original Casablanca’s Art Deco-inspired dial with classic lance hands, is one that features bold, stretched out printed hour markers in a distinctive font (also Art Deco-inspired) with skeletonised hands, framed by the Vanguard collection’s minute track with compass points on the inner bezel.

The collection’s bumped up ostentation is forthright, to say the least. Available in automatic three-hand and chronograph models in steel, the watches come in a choice of black dial with Super-LumiNova markers, brown dial with chocolate-coloured numerals, and salmon dial with Super-LumiNova markers. Each version is imbued with its own allure while collectively expressing the line’s sports luxury DNA. Additionally, there are boutique editions of both three-hand and chronograph models in steel with black dial and blue numerals, which, in our opinion, are the coolest looking of the series.

The watches’ muscular silhouette, exuberant colours and, most of all, starting price of S$12,300 and S$21,300 for the three-hand and chronograph models, respectively, put them in Franck Muller’s entry-level category of offerings. Admittedly, it is still a pretty high bar to clear for young executives. But as a collection with gateway price points into the brand, the Vanguard Casablanca offers an enticing and intriguing proposition.