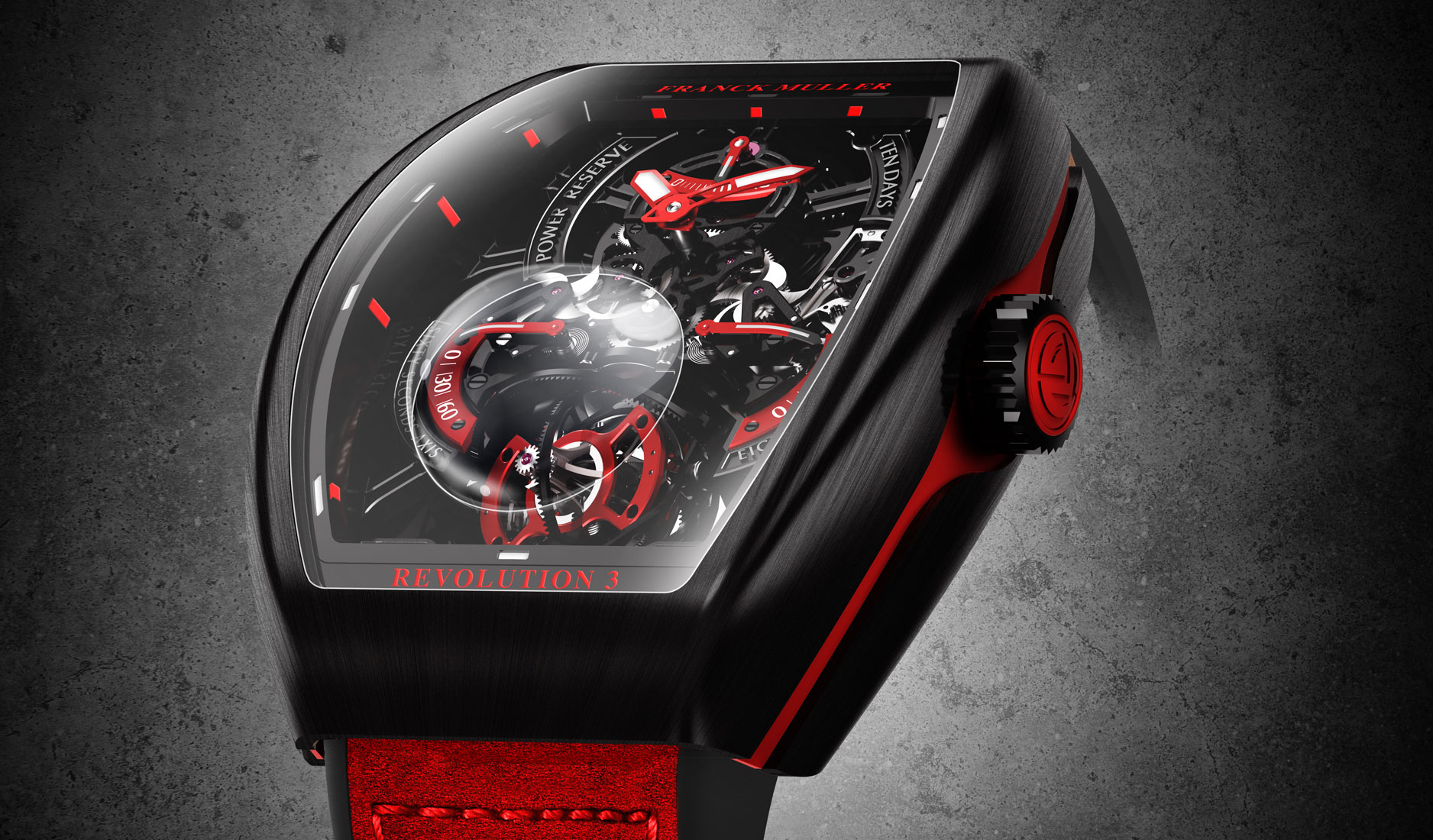 There are many words you could use to describe Franck Muller’s complications but ‘restrained’ is definitely not one of them. From the whimsical Crazy Hours to the incredible Aeternitas Mega, Franck Muller’s timepieces are not for the fainthearted.

One of its latest novelties harks from the brand’s Revolution series of tourbillons, meaning you can already count on it to be quite astounding, both visually and technically. And, indeed, the Vanguard Revolution 3 Skeleton is quite a sight to behold—a tourbillon on steroids, if you will.

The dial itself is wrought with so many components you get a little lost, not knowing where and what to look at first. Hence, props to the design team for including a domed sapphire crystal at six o’clock (it’s also at the back), that serves as a magnifying glass to what lies beneath—the triple-axis tourbillon, which Franck Muller premiered in the Revolution 3 watch back in 2004 and the collection’s pride and joy. 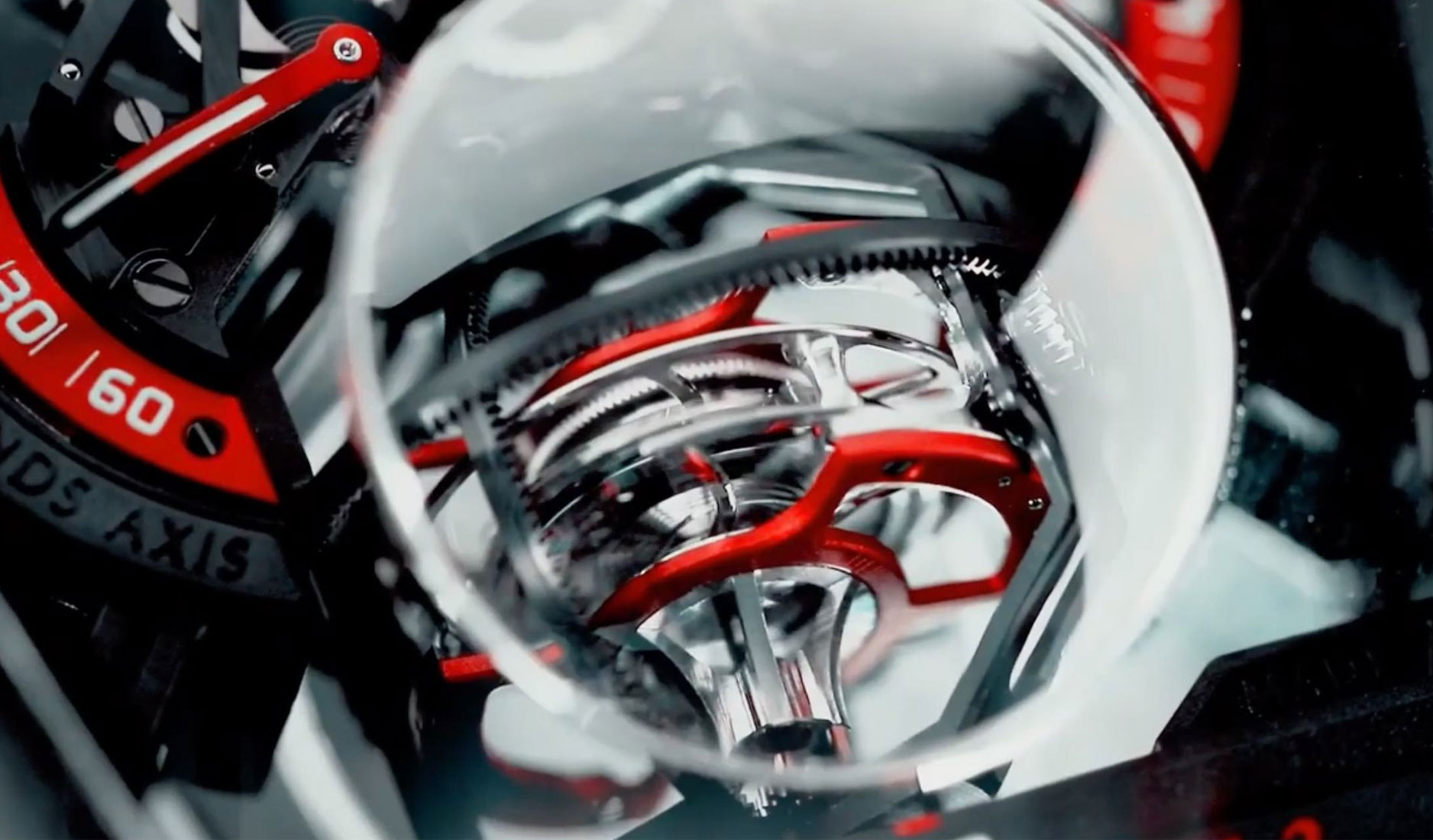 How is a triple-axis tourbillon different from a regular tourbillon, you ask? Well, apart from being quite the aesthetic show-off, the former compensates for gravitational force in all positions, as opposed to a traditional tourbillon, which only corrects the force of gravity when the watch is upright. So, basically, an over-achiever.

Of course, incorporating a triple-axis tourbillon also means there are three carriages, requiring more power to drive the gear train that, in turn, activates the balance wheel. Taking this into account, the movement got supercharged with a 10-day power reserve, and you’ll see this indication at 12 o’clock. 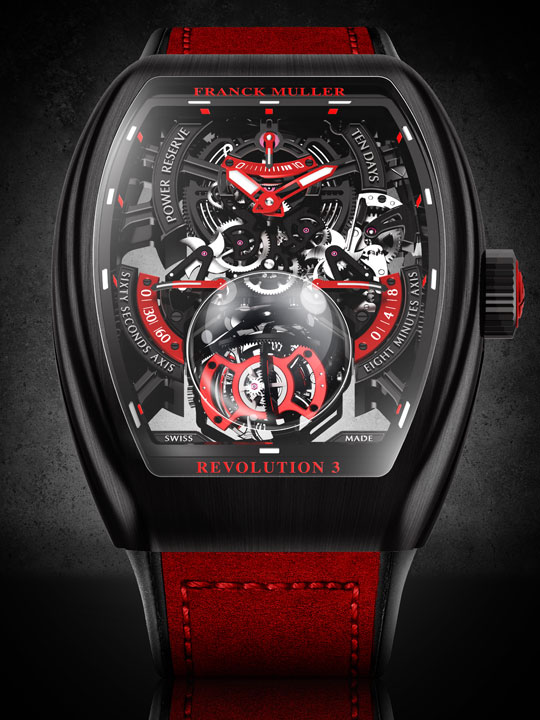 Since the three carriages take different times to make full rotations, retrograde displays are incorporated at four o’clock and eight o’clock, indicating the progressions of the eight-minute carriage and 60-second carriage respectively. The third carriage makes a full rotation after an hour. 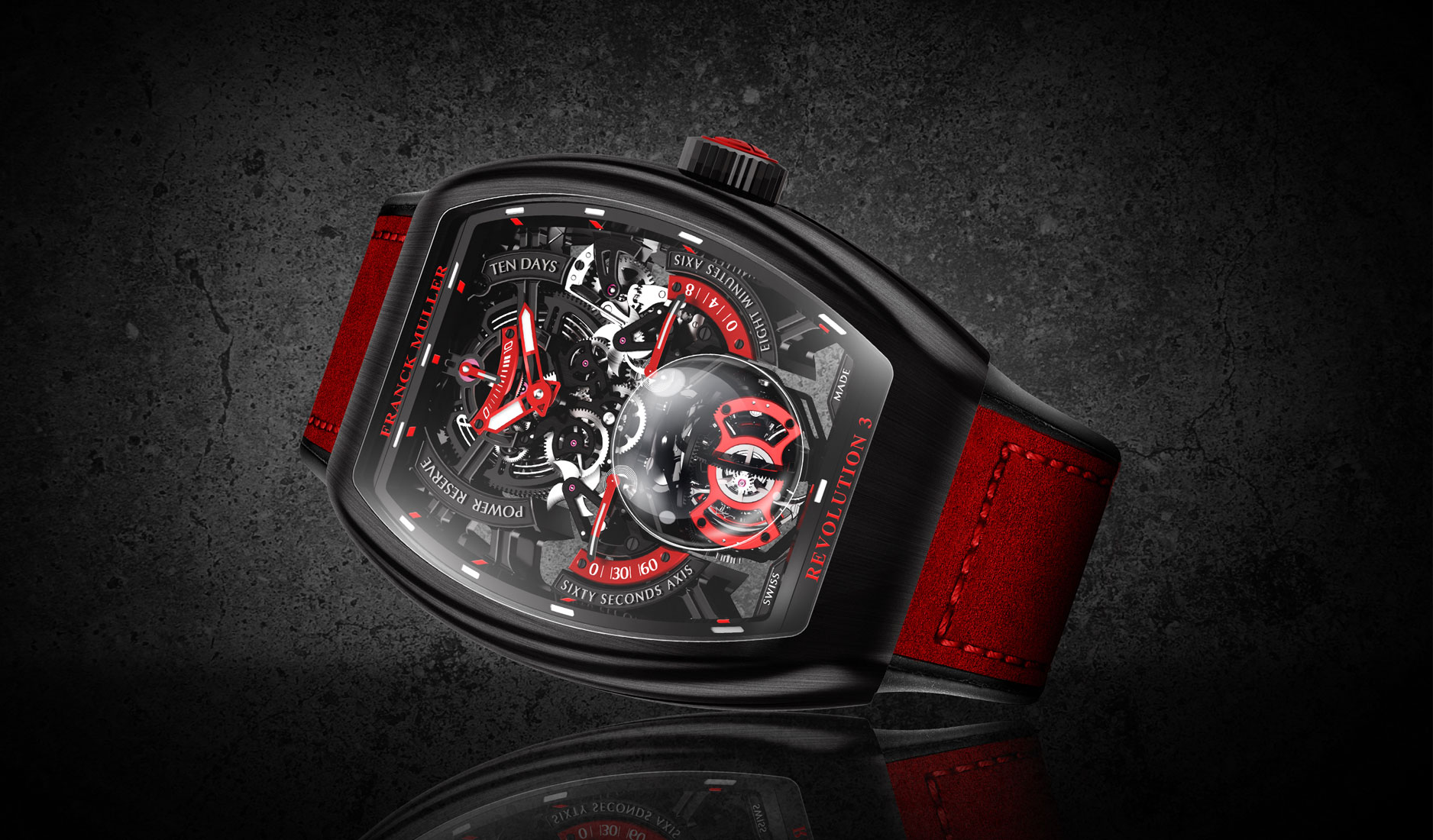 Presented in a Vanguard case for the first time (previous Revolution models were housed in the Cintrée Curvex case), the Vanguard Revolution 3 Skeleton gets the ultra-light treatment with grade 2 titanium in black PVD coating. It’s paired with a red Alcantara strap—a suede-like material you’ll often find in car fixtures—and comes in a special box with automated opening system. There’s also a five-year tourbillon warranty that should put most wearers at ease, considering the watch’s eye-watering price of S$770,486. 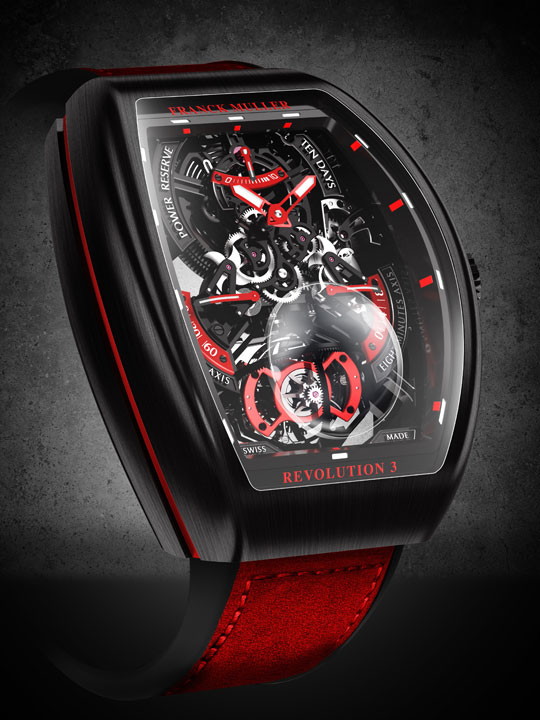 While it may be just out of reach for us mere mortals (okay, very out of reach), the Vanguard Revolution 3 Skeleton is also not your average timepiece. Loaded with technical sophistication, incredible craftsmanship and sheer pizzazz, this is one for the collector who prides himself (or herself) as someone truly out of the ordinary.