We unravel the madness.

IT HAPPENED ON HOLIDAY. Franck Muller’s eponymous founder came up with the idea for the Crazy Hours, ostensibly while vacationing in Mauritius in early 2000. But even before that, the watchmaker had already proved to the world that it is the real deal. The man himself was a watchmaking prodigy, and he burst onto the scene in the 1980s with a series of ‘world premieres’ – world-first wristwatch complications such as a tourbillon with jumping hours, and inverted tourbillon perpetual calendar.

IT ISN’T THE MOST COMPLICATED. Even after the launch of the Crazy Hours in 2002, Franck Muller would continue to shake things up with more confounding and record-breaking creations. They span the world’s most complicated wristwatch, the Aeternitas Mega (2007) to the world’s largest tourbillon, the Giga Tourbillon (2011).

THERE IS A METHOD TO THE MADNESS. The technical premise is actually quite simple: the watch is driven by an automatic movement with a jumping hours module on top. The ‘crazy’ feature is provided by the jumping hours module, which makes the hour hand skip five positions to the next subsequent hour. And if one were to plot an imaginary line on the dial to connect the hours, you can picture a sequence of four neatly organized, triangulated jumps of three hours each. 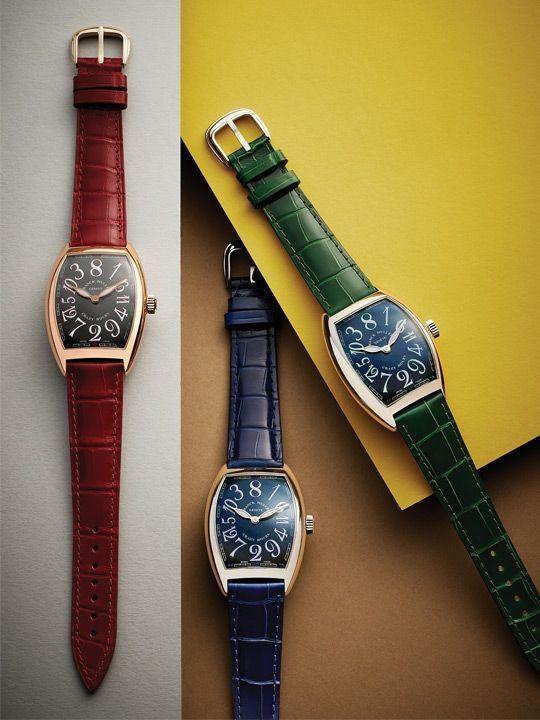 IT TURNS 15 THIS YEAR. For the collection’s 15th anniversary, the brand issues an 'Asian exclusive' commemorative range that includes entry-level steel models to entice younger watch lovers, available at its boutiques and select retailers across Asia. The watches come in three sizes to cast the net wide for both male and female collectors, and are available in rose gold with diamond-set options, in addition to the steel models. Staying on-point with the spirit of youthfulness, each dial sport distinct colours on the five-minute markers – red, blue, green, or black – with matching leather straps. It is not the craziest Crazy Hours roll-out, but it is one that will convey Franck Muller’s spirit to a wider audience.