Written by Joshua Yap on 05 February 2018. in Corum Articles.

Your one-minute primer to the Corum Golden Bridge Rectangle. 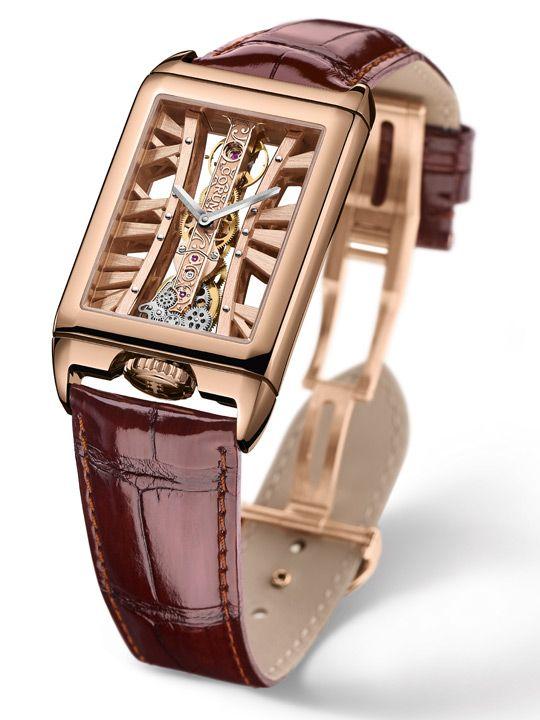 Corum’s Golden Bridge has always been a fascinating watch to observe, courtesy of its openworked linear movement that transfers energy from its barrel at six o’clock to the escapement at the top. Appearing in several guises over the decades, including a round version in 2016, it returns to its roots this year with a rectangular case in 18K rose gold. The iconic manual-winding movement remains wondrous to behold, this time flanked by two bridge-like structures bearing six three-dimensional Roman numeral hour markers that are also crafted in 18K rose gold.