Elisabetta Fantone: Inside The Bubble

The Canadian artist gets provocative for Corum. 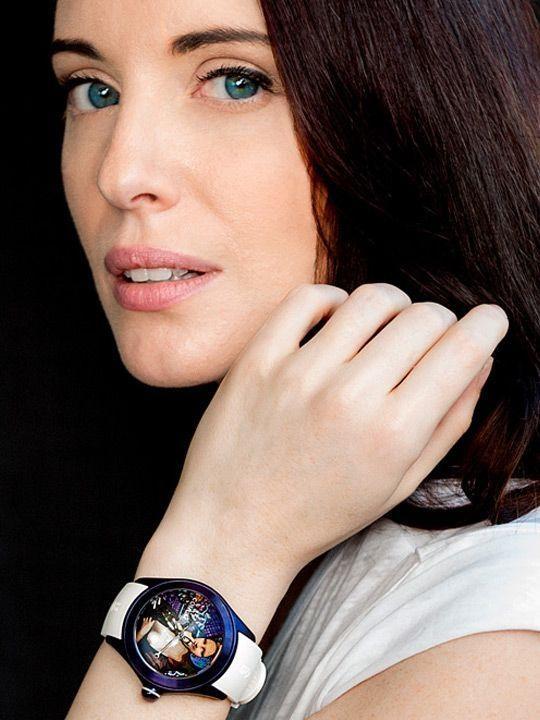 “Nowadays, there are so many sex scandals that get people famous; it’s stupid, but that’s how it is, and that’s why I made my design provocative,” Fantone reveals. The design in question is her interpretation of the Mona Lisa, created as part of a collaboration with Corum.

A gallery and mural artist, Fantone’s work is popular among celebrities, with Celine Dion and the late Muhammad Ali having commissioned her to create art. While working on one of her murals, Fantone was approached by Corum to design an edition of its iconic Bubble, a watch inspired by the 1960 Rolex Deep Sea Special which had a large domed sapphire crystal that looked like a bubble.

“I was very excited about creating a product that merged with art in a classy but not too commercial way,” Fantone reveals. 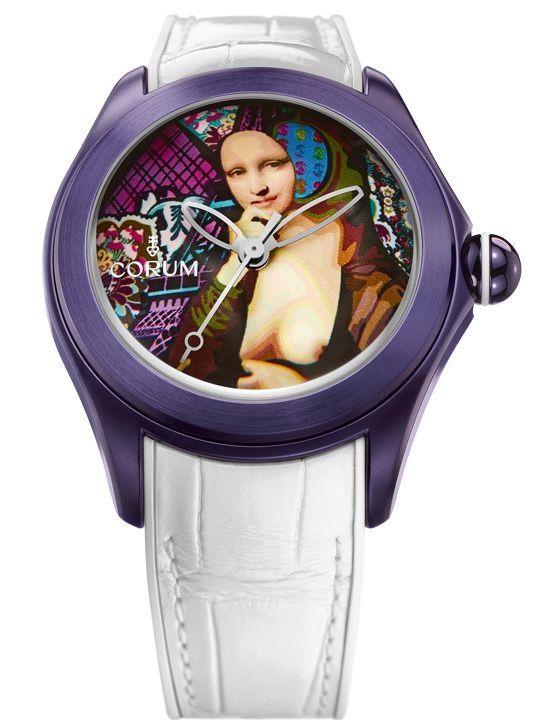 Although she can now add ‘watch designer’ to her resume, Fantone admits she doesn’t often wear a timepiece. “I used to wear a lot of watches before. But because I’m always painting, I’m dirty all the time! After I take a shower, put on a nice dress and go out with my husband, he’s like, ‘You still have paint on your arm’,” she laughs. “But now that I have my own Bubble, I wear it. I love the transparent caseback! It’s kind of like a secret because when you wear the watch, you don’t see the mechanism but when you look at the back, you can see the whole movement and I like that.”

How difficult was it to work on something as small as a watch dial?
I used magnifying glasses and tiny little paintbrushes! I started with the canvas and then they took the image digitally and put it over the dial. It was a challenge because it was small and I use oil paint on certain parts, like the Mona Lisa’s clothes. The parts that were too tiny I didn’t touch, because it would have been impossible and I didn’t want to ruin the dial. So it was mainly her clothes and my signature which are painted on. Each dial is personally signed and I don’t necessarily use the same colours, so every piece is unique.

Why the Mona Lisa?
I’ve always wondered what made her so iconic. I know she was a commissioned portrait of Michelango's patron's wife but some people say it's actually a self-portrait of Michelangelo as a woman. I started doing research and found that she was stolen from the Louvre. Before that, galleries didn’t even pay attention to her and museums didn’t want her. But she became a media sensation because it was the biggest theft of the century and it propelled her to fame.

How did you depict her on the Bubble?
I made her provocative and imagined how she would look if she was painted today. So there’s a bit of everything—I put Paris and the Louvre in the background, and painted dollar signs all over, because how do you put value on a piece of art? What makes it worth millions of dollars? And so I related the whole business of art and money. There are different messages put together in one concept.

What aspects of the Bubble resonate with you?
What I like about the line is that it's young. I love the fact that they collaborate with artists; it represents a window of opportunity for them. I also love the brand Corum. My experience with them has been incredible—they're very open-minded, they give you a carte blanche to do what you want, and the whole process has been so smooth.

The Bubble itself is young and different; I hadn't seen a watch like that before. Through my research, I discovered there's this whole community surrounding this collection and people are waiting for the next watch to come out. The watch itself—the mechanism and everything—it’s a piece of art. But then you match that with art as well. I really like the idea and concept of it.

What messages do you hope to convey through your art?
Positivity. I use bright colours, and they are very positive and energetic. I specialise in portraits. I like to paint people that have marked history in different fields, who have made a change somehow and inspired me. Now that I have a little girl as well, she’s inspired my art. I know she’s going to look up to what I do as well so I think about that too. Everything I do, I want it to be positive and inspiring to her. I want her to see that you can have dreams and whatever you set your mind to, it’s possible to achieve.