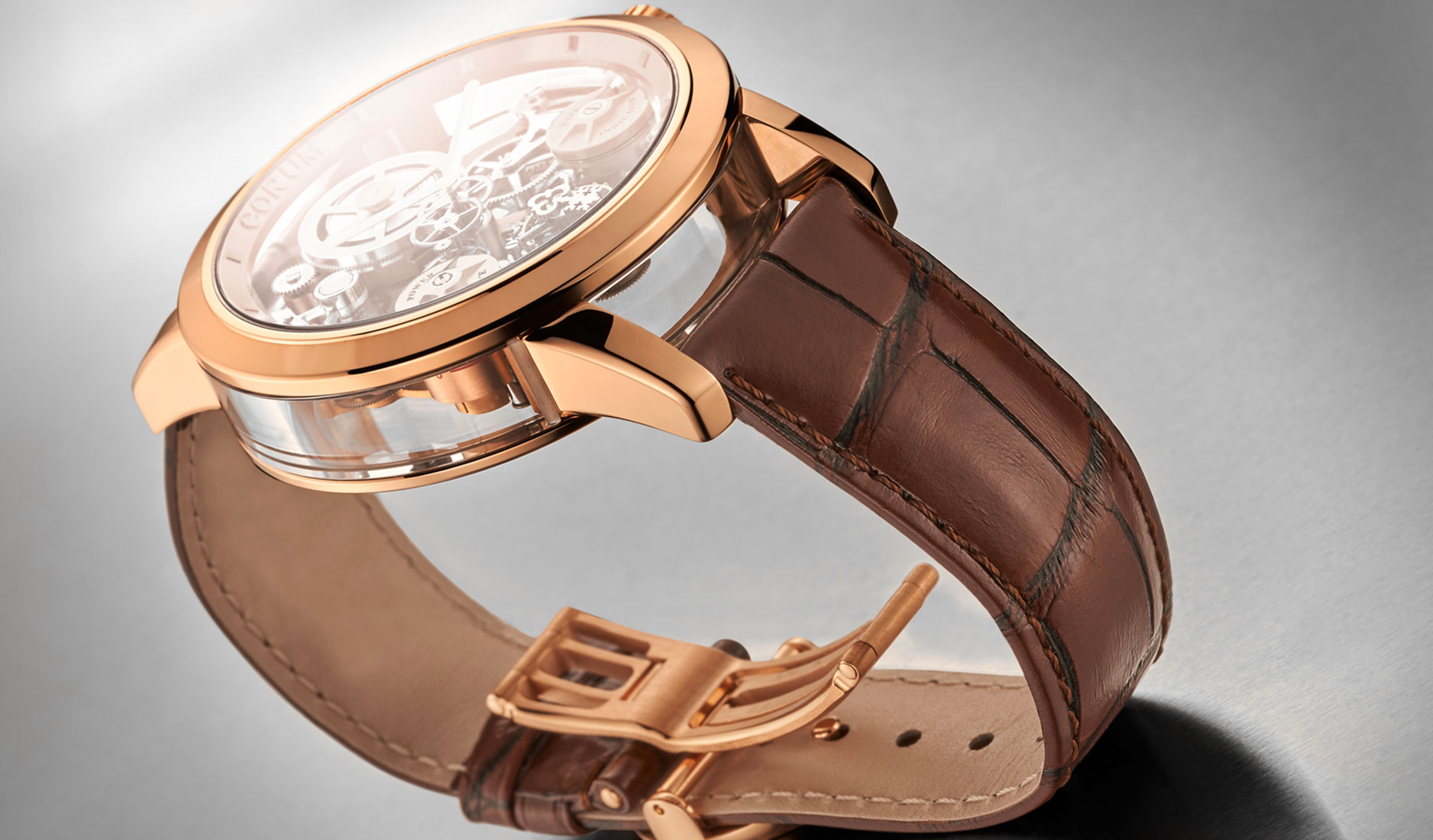 Known for its avant-garde sensibilities and moxie to create timepieces that push the envelope on traditional watchmaking, Corum is no stranger to innovative timepieces. The brand developed a ‘Lab’ collection two years ago, where it could experiment with more technical pieces in which mechanical mastery comes to the forefront, and has since launched the LAB 01 and, now, the LAB 02 models.

While the Lab 01 models exude a sporty vibe with black DLC tonneau cases, barrel shaped movements and rubber straps, the Lab 02 is altogether more elegant. In fact, we'd even put it in the same aesthetic bracket as the stately Golden Bridge collection. Going back to the universally classic round case, the LAB 02 leaves nothing to the imagination with a skeletonised mainplate, parading the movement underneath a fully transparent sapphire plate so every detail can be scrutinised. 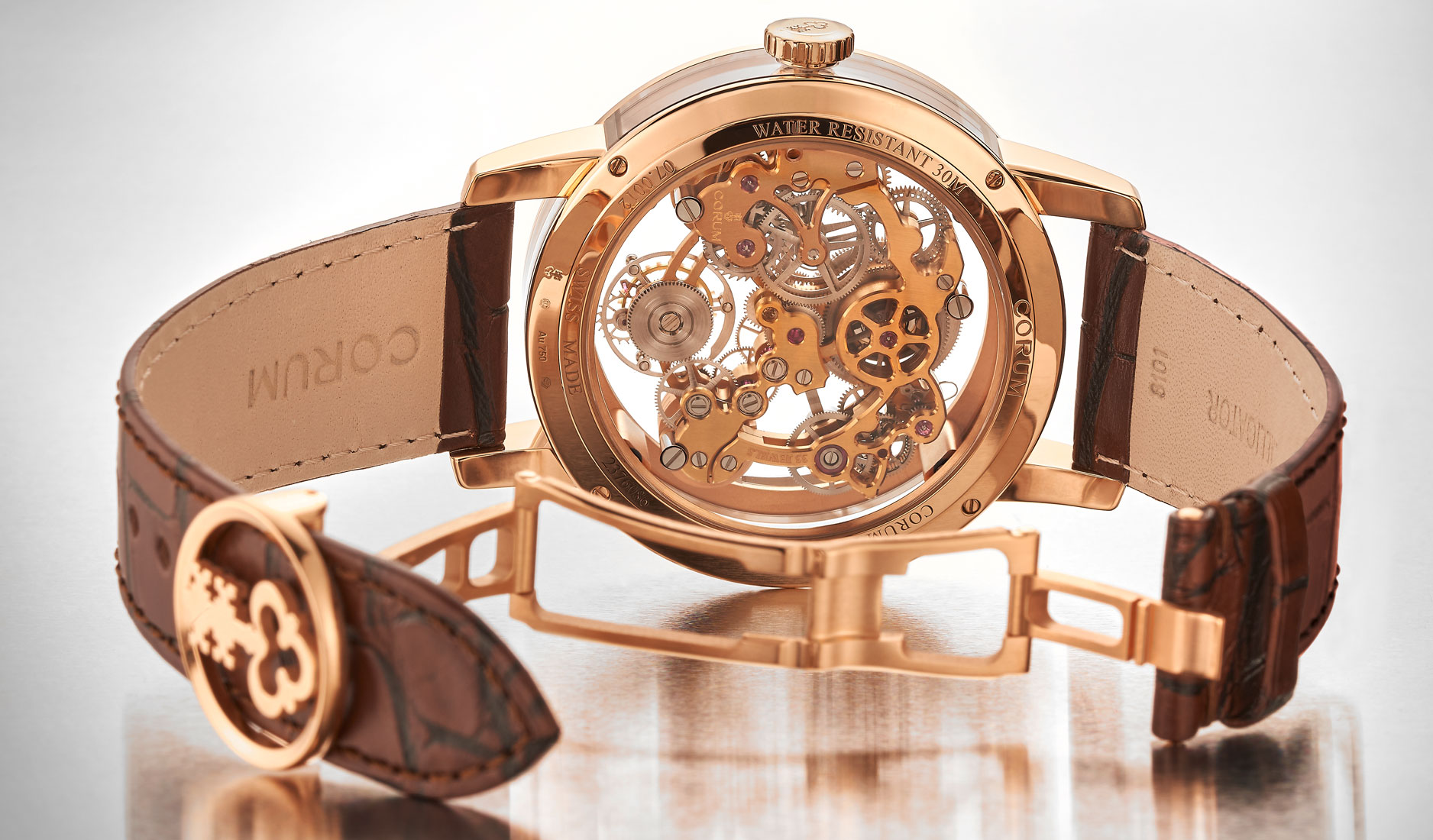 Since a flying tourbillon is clearly too mainstream, Corum decided to add a flying gear train as well. A huge challenge to navigate, the team had to devise a way where the movement is not fixed between a mainplate and bridges, as is convention, but still maintain stability and resilience. To address some of the issues, the flying gear train required a longer axis and ball bearings, rather than rubies, had to be used for greater balance. 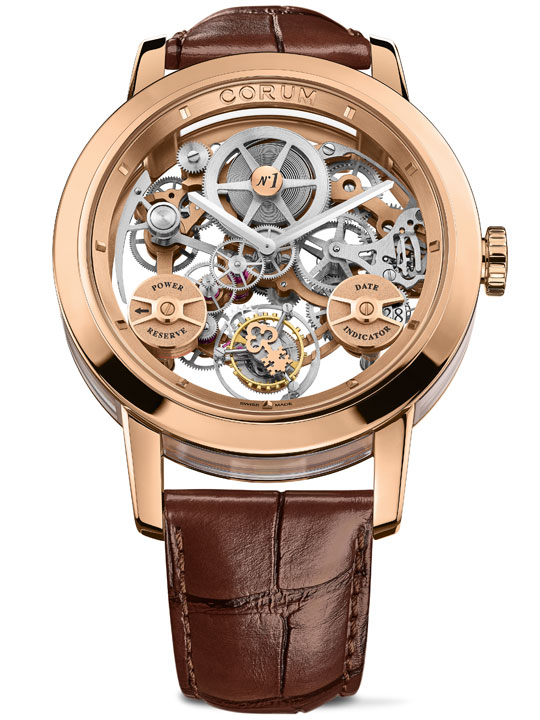 It’s safe to say the gamble paid off because the movement, through the sapphire crystal, is nothing short of spectacular. Wheels and gears operate in a whimsical dance and, while it may look confusing and arbitrary, there is actually a pleasing sense of symmetry in the dial. The mainspring at 12 o’clock (branded with a limited edition number) is balanced by the flying tourbillon at six o’clock, crested with the Corum logo. To complete the dial display, the power reserve and date indicators face off at eight and four o’clock respectively. 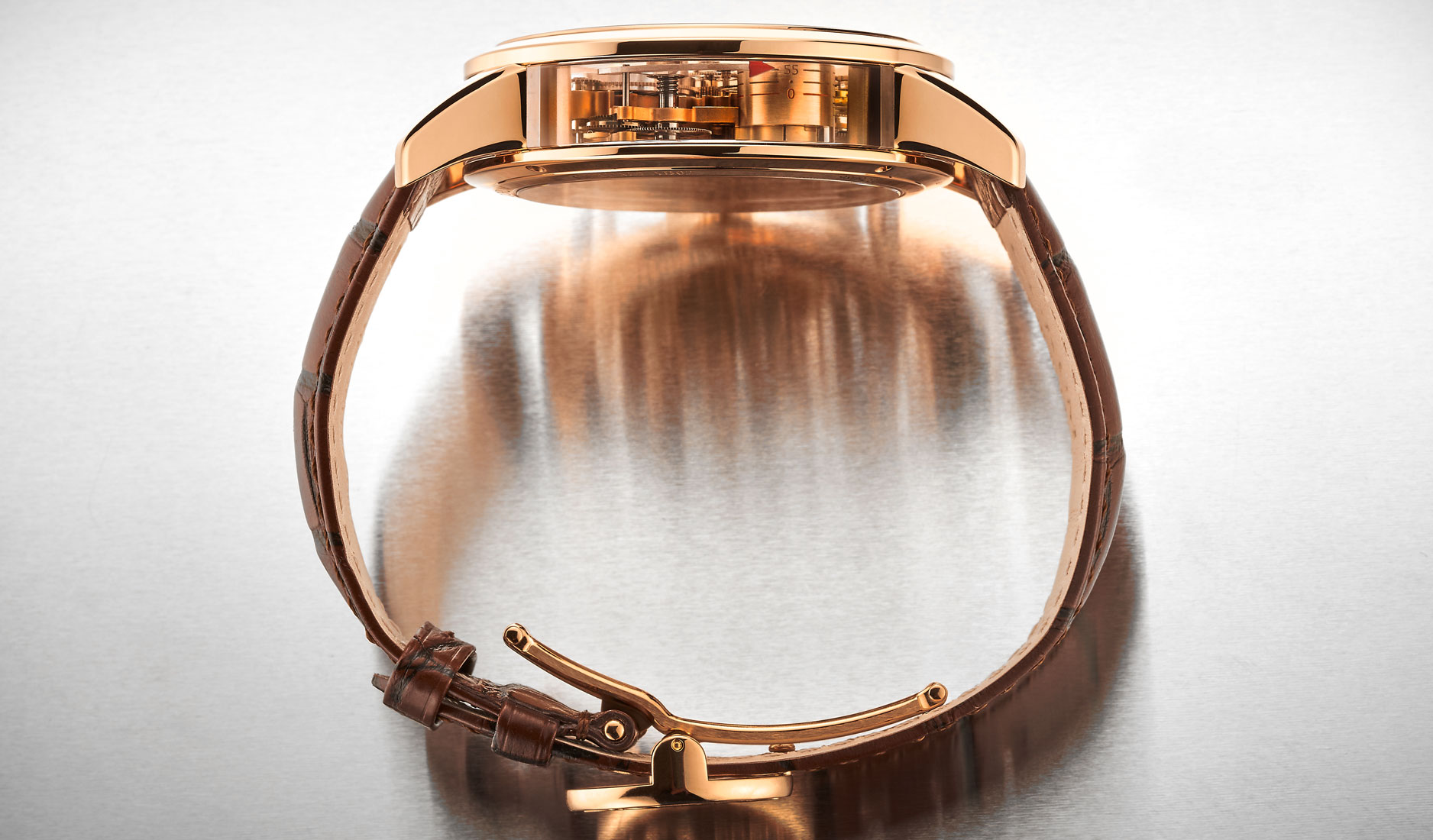 To capitalise on the transparency of the case, the power reserve is read through the side at eight o’clock (above), allowing for a quick glance while you’re typing on the computer, for example (assuming you’re wearing the watch on your left wrist). Also, if you’re one of those who’d prefer not to wear what everyone else is wearing, you’ll be happy to know the LAB 02 is perfectly customisable, depending on your budget, of course. 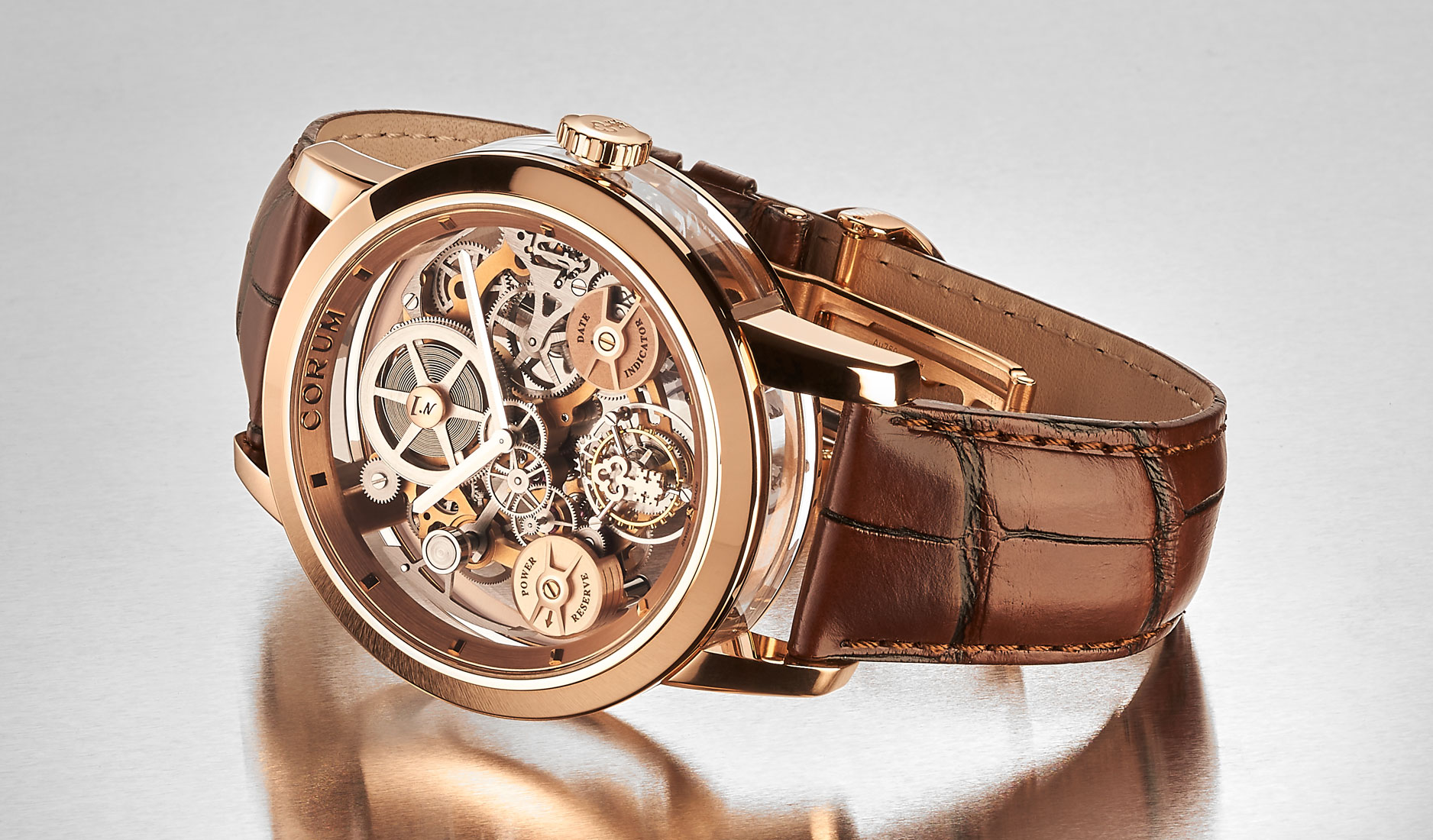 Starting at S$288,900 for the rose gold version, you can opt for white gold instead, or choose to adorn your timepiece with diamonds, gems or unique engravings. With a limited production of just 10 pieces worldwide (and countless customisation options), it’s likely you won’t meet someone else with exactly the same watch.

We love the fact that the LAB 02 is both avant-garde and refined at the same time—a balance that’s not always easy to achieve. Strapped on the wrist, it makes for a thoroughly classy dress watch that brims with good looks and mechanical prowess, something all solid timepieces should have.