A true icon of contemporary watchmaking, Corum’s Golden Bridge celebrates its 40th anniversary this year and the brand behind the wholly original creation is issuing two limited edition models to mark the milestone (a brief history of the Golden Bridge HERE). 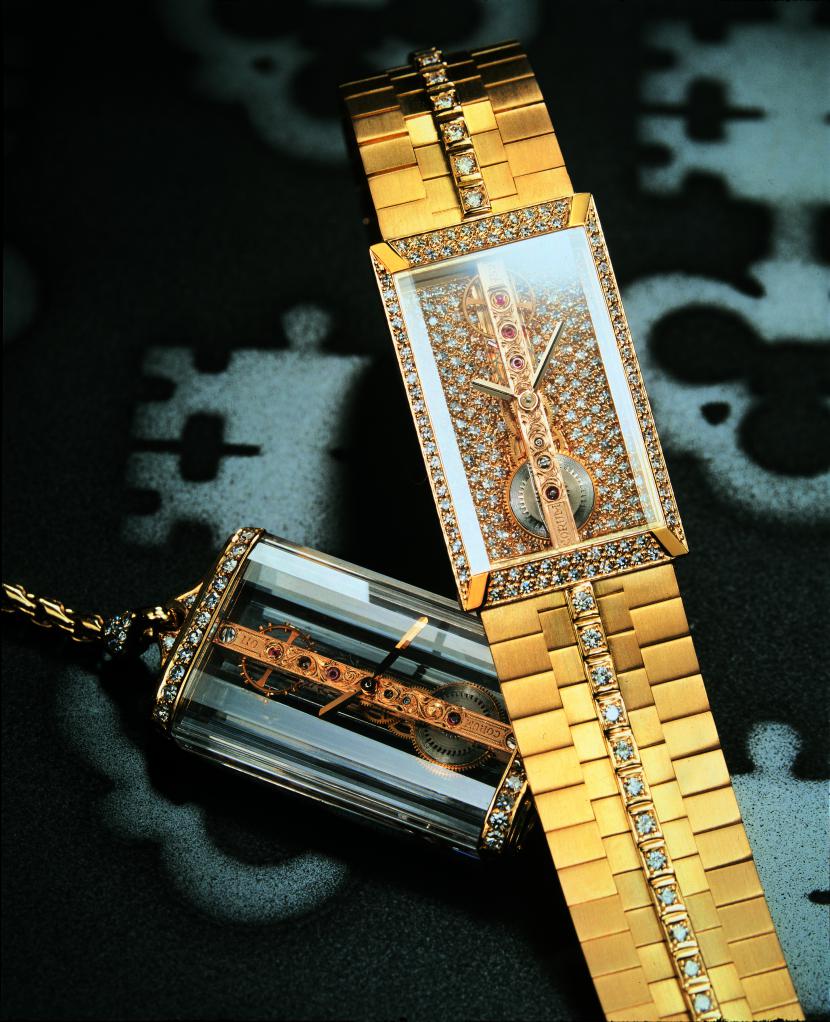 Corum Golden Bridge from the 1980s

Recognised by its unique baguette-shaped movement, where all the components are arranged in a linear fashion, the Golden Bridge’s mechanical architecture and characteristic design remains as distinctive and fresh today as it was decades ago. This is demonstrated by the two new commemorative models: the first in white gold that is limited to three pieces, and the second in rose gold, limited to 40 pieces. 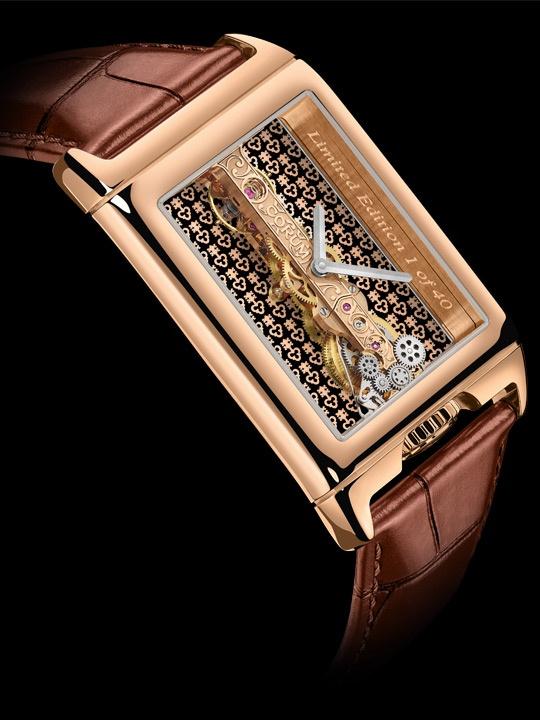 The Golden Bridge Rectangle 40th Anniversary in 18K white gold is capped at three units in tribute to the three co-founders of Corum. Engraved with floral motifs on the case and lugs, the acanthus and fern patterns are a nod to the Style Sapin (‘pine tree style’) art decoration that originated in La Chaux-de-Fonds as a Swiss take on Art Noveau designs. 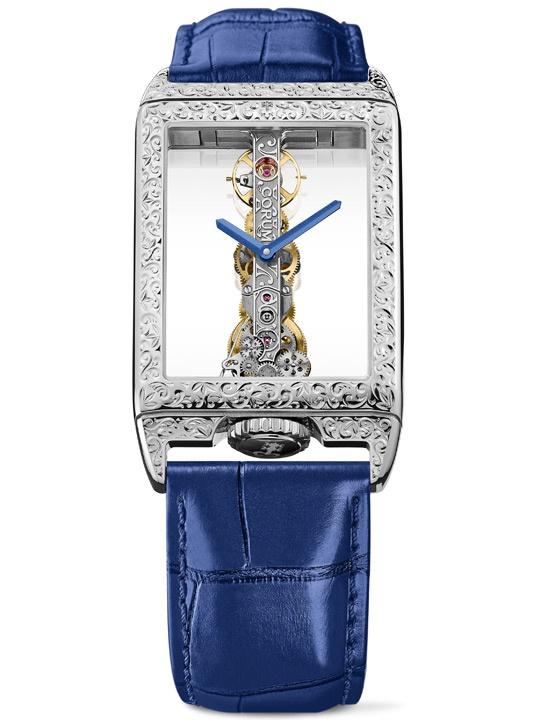 The Golden Bridge Rectangle 40th Anniversary in 18K rose gold, on the other hand, features Corum’s key logo on the sapphire caseback, with the limited edition number etched inside the case at three o’clock. Both watches are powered by the hand-wound CO113 movement with 40 hours of power reserve. 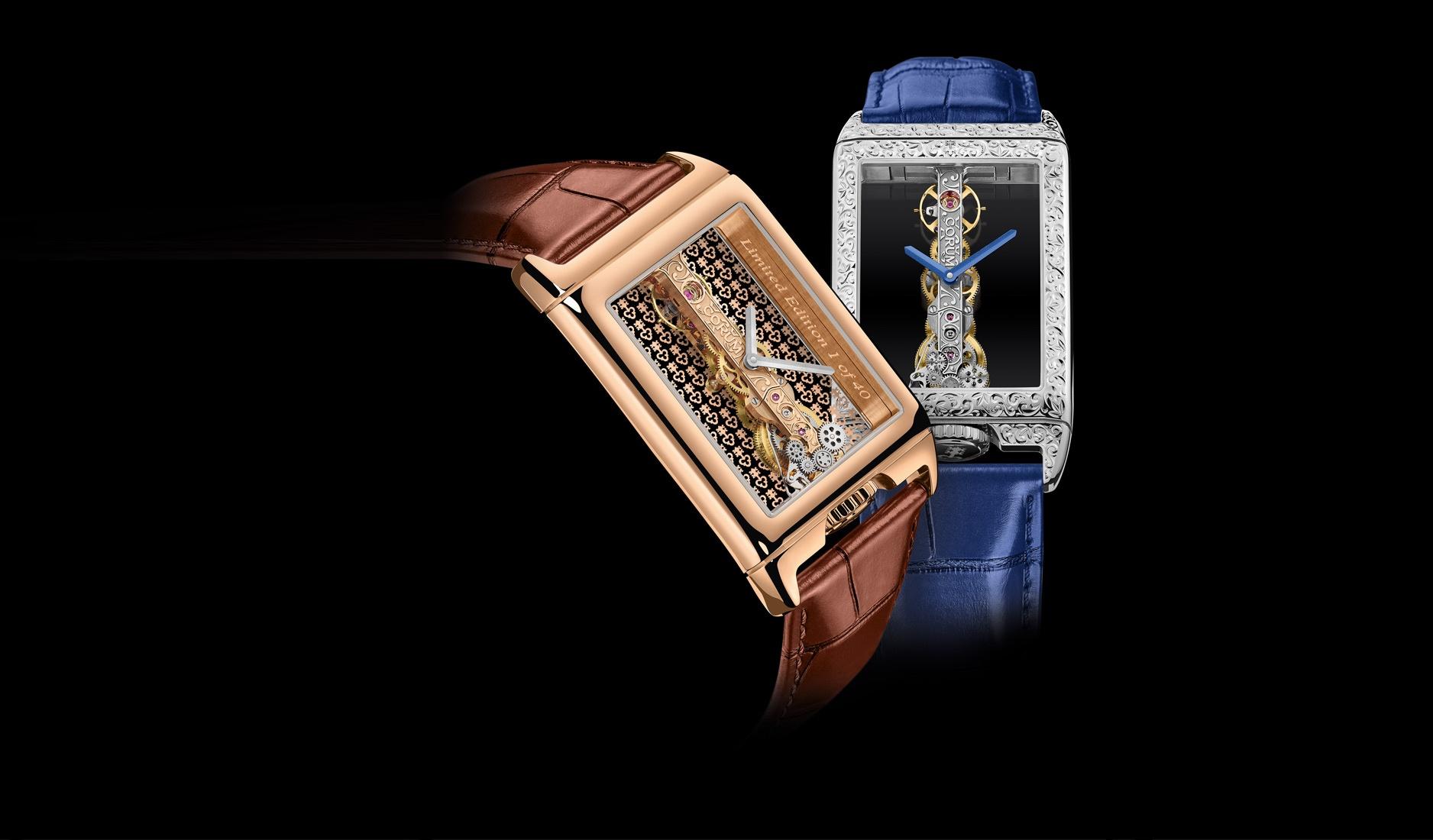 “We were inspired by the Art Deco period, which formed the basis for some of the first pieces designed by (Corum’s first CEO) Mr. Bannwart. The ‘Corum Key’ logo on the sapphire caseback for the rose gold version, and hand-engraving on the entire case of the white gold model are there to commemorate the anniversaries of Corum and the Golden Bridge, as well as pay tribute to the history of artisanal watchmaking in La Chaux-de-Fonds,” says Boon Chong Soon, Corum’s marketing and sales director.