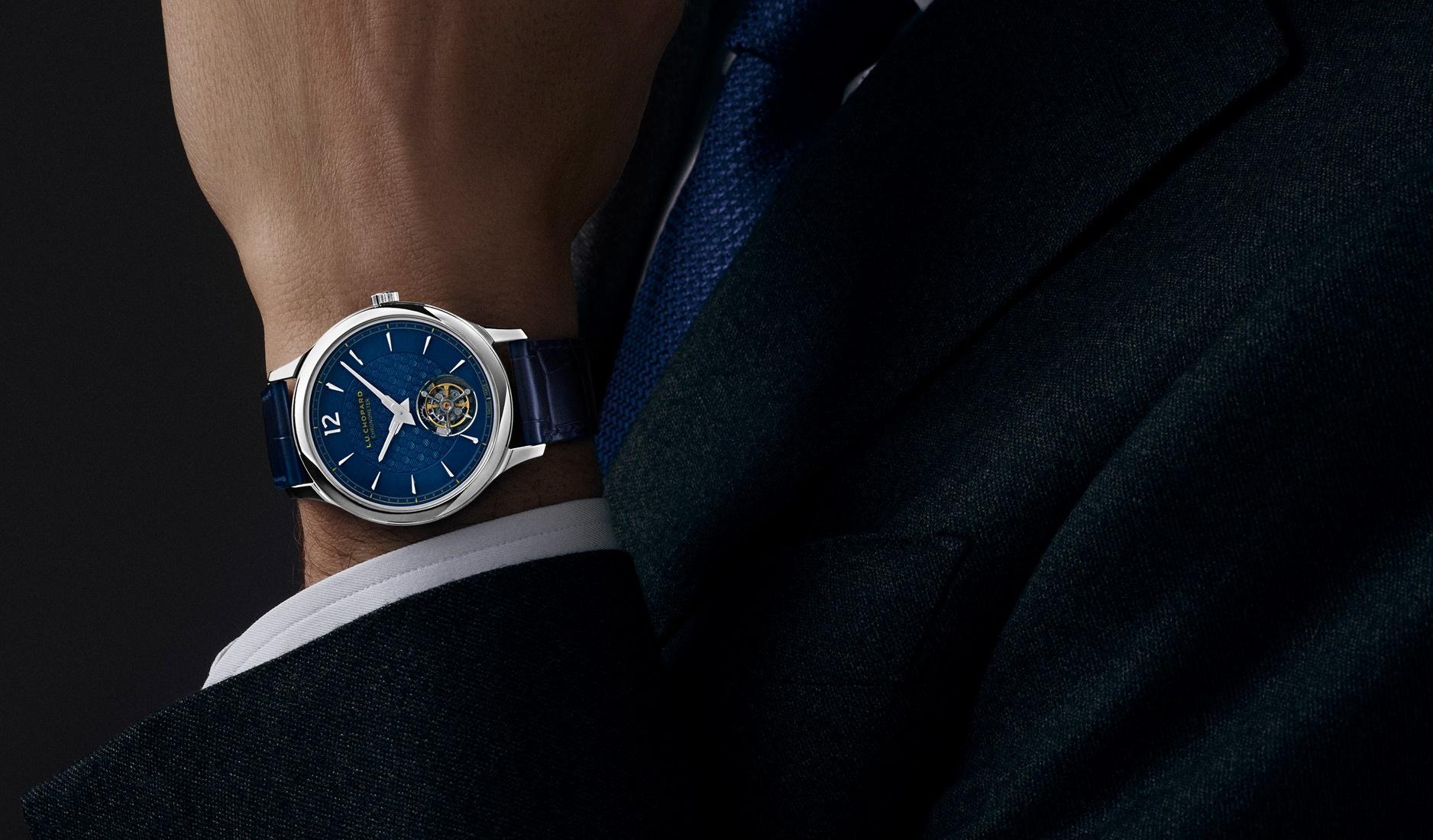 We're not sure if you are given to wondering about young overachievers. We certainly do. Sometimes, we’d look at that 25-year-old multi-hyphenate entrepreneur or millionaire athlete in amazement and think to ourselves: “What did we ever get up to at that age?”

By the same token, we imagine that many watch companies, both new and old, must be casting glances at Chopard L.U.C and be in awe of what the company has achieved in just 25 years – mere embryonic years in the context of a centuries-old business.

In the short time since its inception, Chopard L.U.C has premiered 11 in-house movements, several of which feature groundbreaking innovations, and rolled out numerous ultra-sophisticated models, among which include the L.U.C Full Strike, the world’s first minute repeater using sapphire crystal gongs that won the top prize at the 2017 Grand Prix d’Horlogerie de Genève. 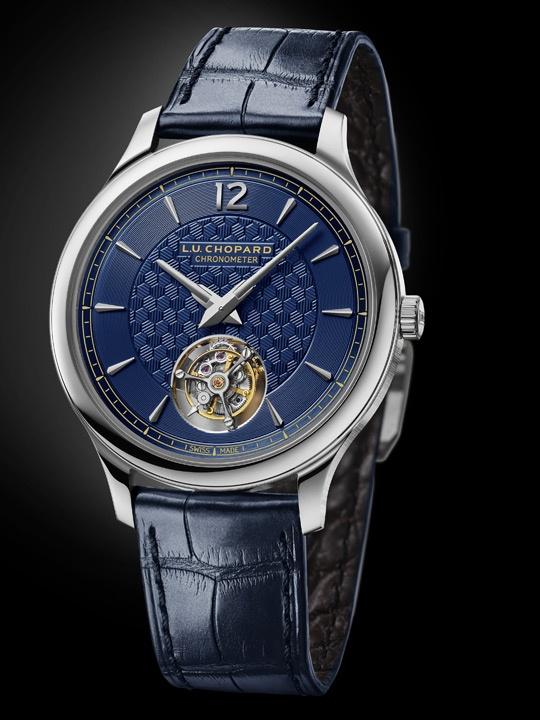 At the same time, the entity also earned its stripes as a full-fledged Manufacture, having expanded to include a research and development department (Chopard Technologies) and a separate manufacturing factory to produce industrial movements (Fleurier Ebauches). In fact, if one didn’t know any better, he would’ve assumed Chopard L.U.C to be one of the grand traditional Swiss watchmaking houses with hundreds of years of history.

Celebrating its silver jubilee in fine fashion, Chopard L.U.C has been marching out a series of commemorative models that, when perused in their entirety, offer an insight into the scope and depth of the company’s technical prowess, rigorous craftsmanship and lofty standards distinguished by the watches’ Geneva Seal certification. And among this spectacular spread is the L.U.C Flying T Twin, an artful interpretation of the brand’s first flying tourbillon watch introduced in 2019.

At the time of its debut, the Calibre L.U.C 96.24-L that powers the automatic flying tourbillon marked yet another technical milestone for Chopard L.U.C. Not only was the complication the first of its kind for the brand, the movement is distinguished by several outstanding features.

At the heart of the watch is the flying tourbillon, a visually elevated take on the traditional tourbillon. Held in place only by a lower bridge, instead of being affixed with a top bridge, it gives the impression that the tourbillon cage is rotating while suspended in space, hence the ‘flying’ prefix. At the same time, the movement boasts extra, superlative qualities that set it apart, such as ultra-slimness (at 3.30mm, the calibre remains one of the thinnest flying tourbillons movements in the world), Chopard’s proprietary twin-stacked barrel technology to guarantee 25 hours of power reserve and, as de rigueur for Chopard L.U.C. watches, COSC and Geneva Seal certifications for promise of precision and quality. 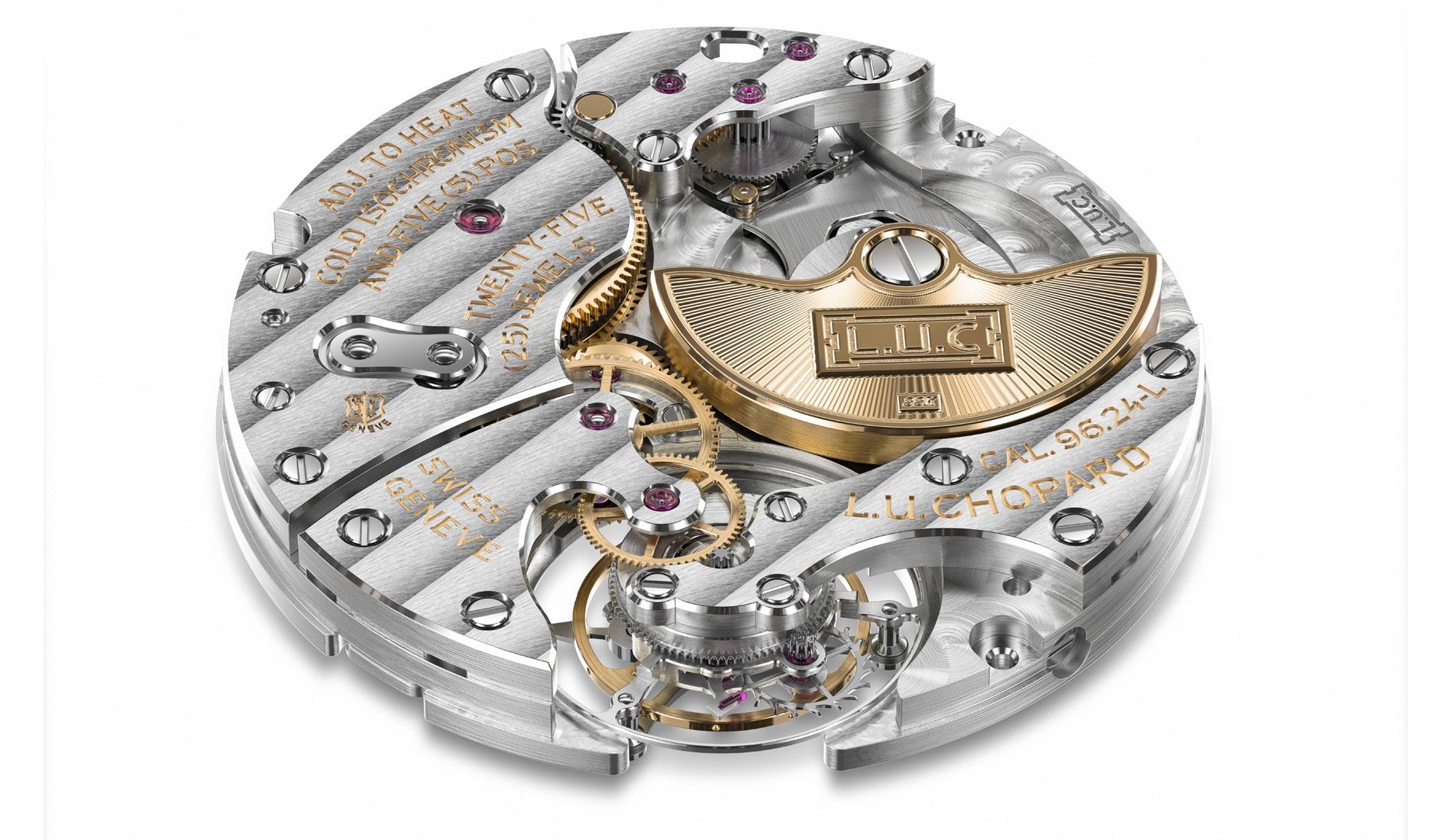 Sheathed in a cloak of navy blue, the new L.U.C Flying T Twin presents a slightly more youthful take on the watch while still exuding characteristic refinement. Like the original, the new model comes in a 40mm case and features a richly decorated dial with a hand guilloché gold honeycomb in the middle that references to the Manufacture’s beehive symbol. This time though, the case is crafted in ethically mined white gold, and the dial is enlivened by blue galvanic treatment with a rich lustre that accentuates the decorations and white gold markers. Spiked with yellow minute track and brand logo, the commemorative edition oozes contemporary sass, as opposed to the original that looks statelier in rose gold with grey dial. 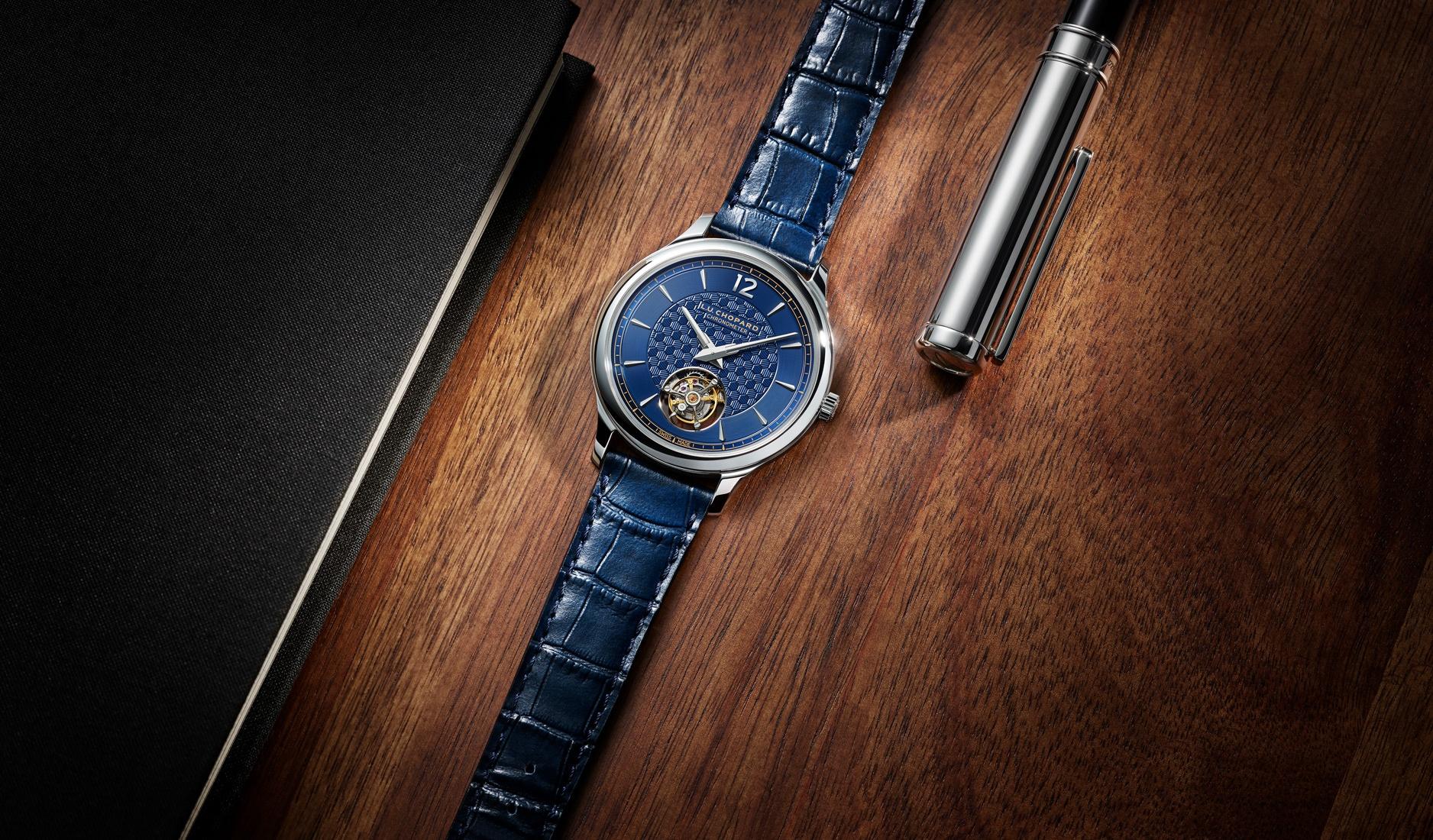 Limited to 50 pieces, the L.U.C Flying T Twin is another stupendous addition to the L.U.C Manufacture’s celebratory offerings this year. With a line-up that includes the likes of the L.U.C Quattro Spirit 25, the brand's first in-house jumping hour watch, and the young and dressy L.U.C QF Jubilee three-hand watch in steel, the L.U.C Flying T Twin is an elegantly crafted, classically inspired complication that expresses the Manufacture’s old-soul with a cool, modern demeanour.