The L.U.C XP Urushi Year of the Tiger is an artsy, auspicious consideration. 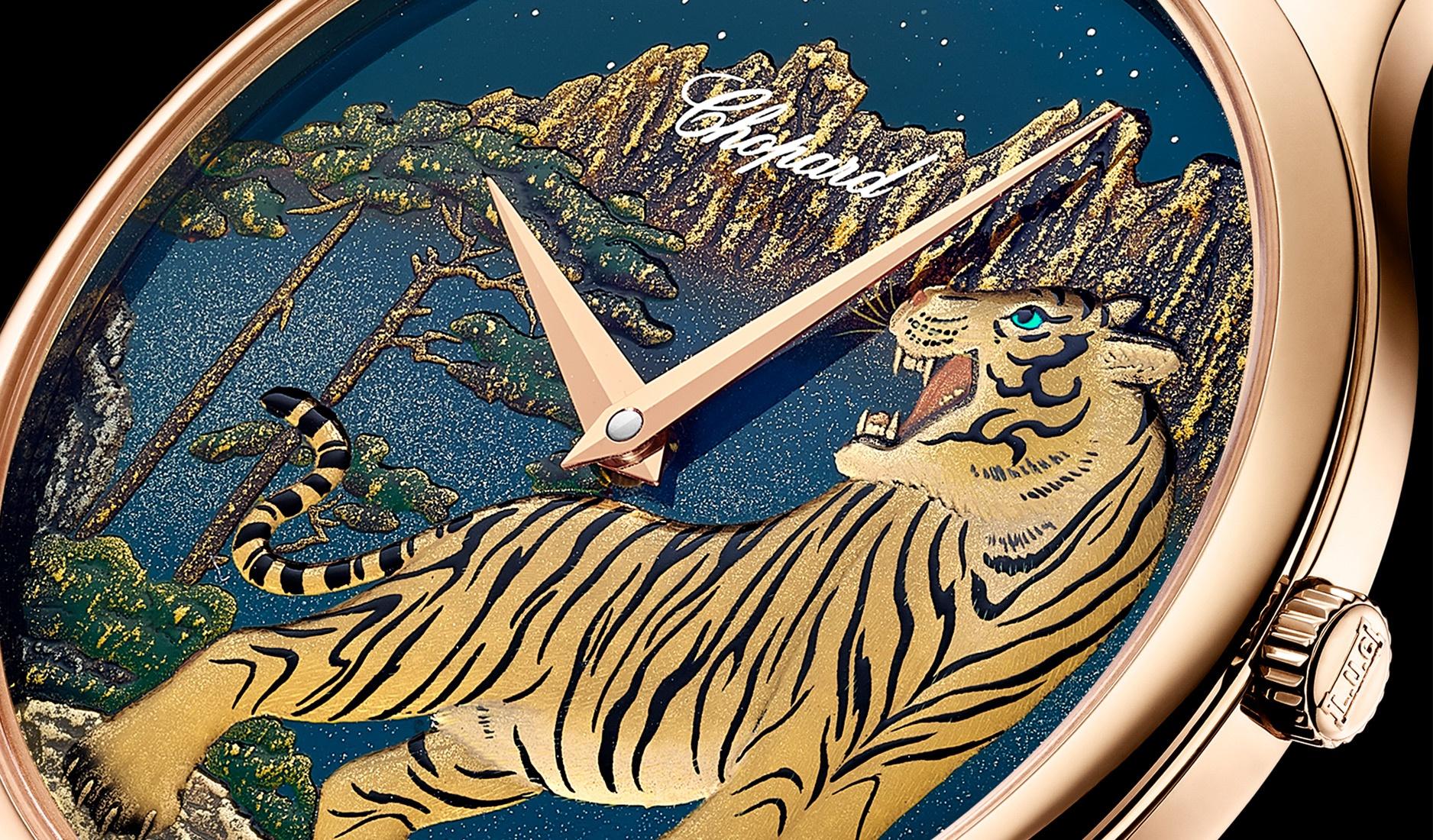 It’s that time of the year for pineapple tarts, pussy willows, stuffing red packets and… a commemorative Chopard L.U.C Chinese Zodiac watch. Since 2013, Chopard has ushered in the Lunar New Year with limited edition watches featuring the year’s respective Chinese Zodiac animal on artisanal dials made in collaboration with Japanese craftsmen using a traditional lacquer technique that dates back over 3,000 years.

For this Lunar Year of the Tiger, Chopard again partners with Yamada Heiando, a century-old Japanese lacquer company, to create a run of 88 timepieces that bear the formidable beast on the dials. 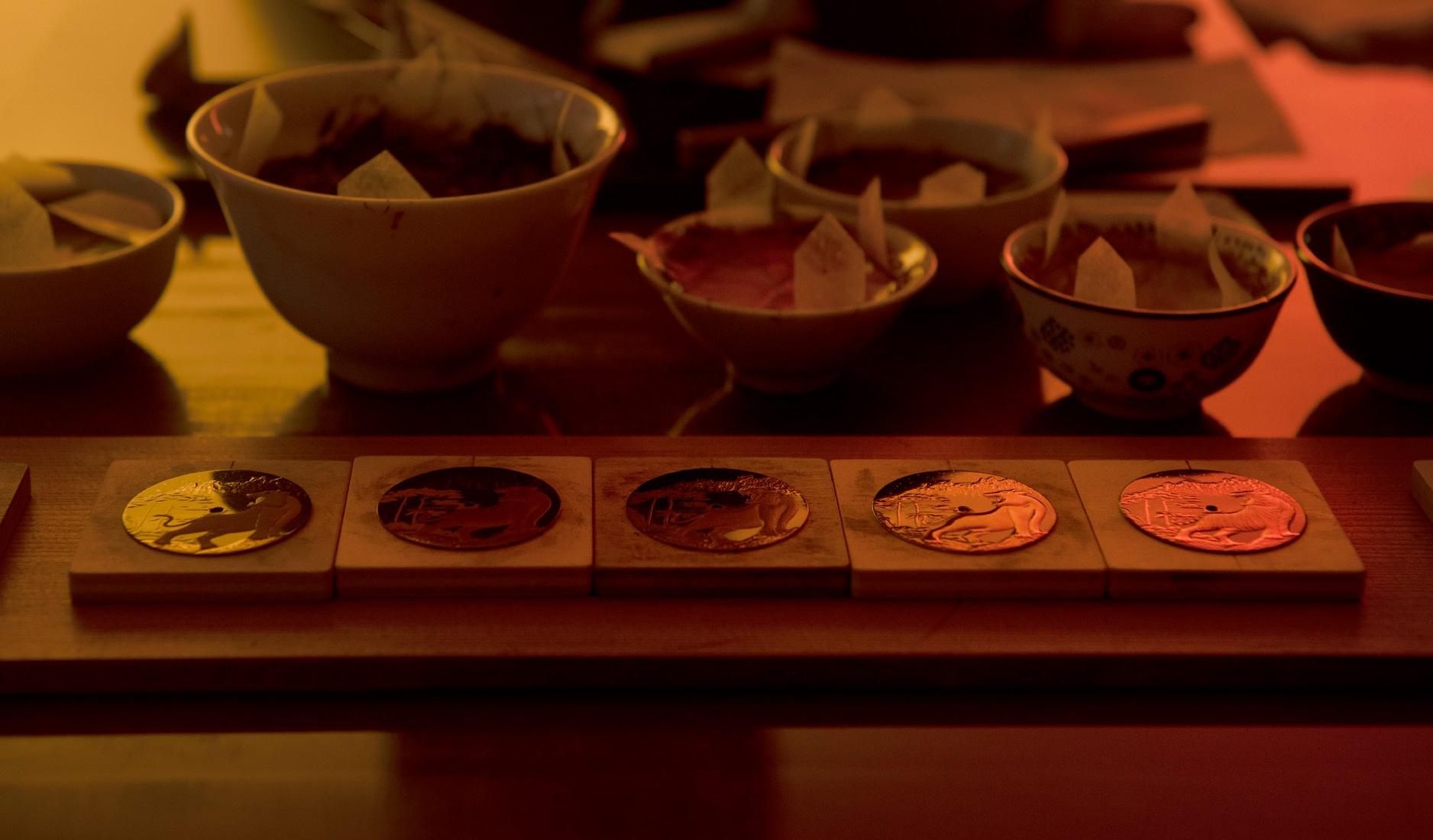 As with previous editions, the Urushi lacquer technique takes centrestage. A laborious craft that extends beyond the decorative, Urushi lacquer starts with the harvesting of the lacquer from a native tree known as toxicodendron vernicifluum. The harvested lacquer sap is subsequently processed before it is applied and dried in multiple layers to create rich and lustrous tones. All of Chopard’s Urushi dials also feature the Maki-e technique, where gold flakes are carefully sprinkled on a layer of wet lacquer to lend each artwork greater depth. 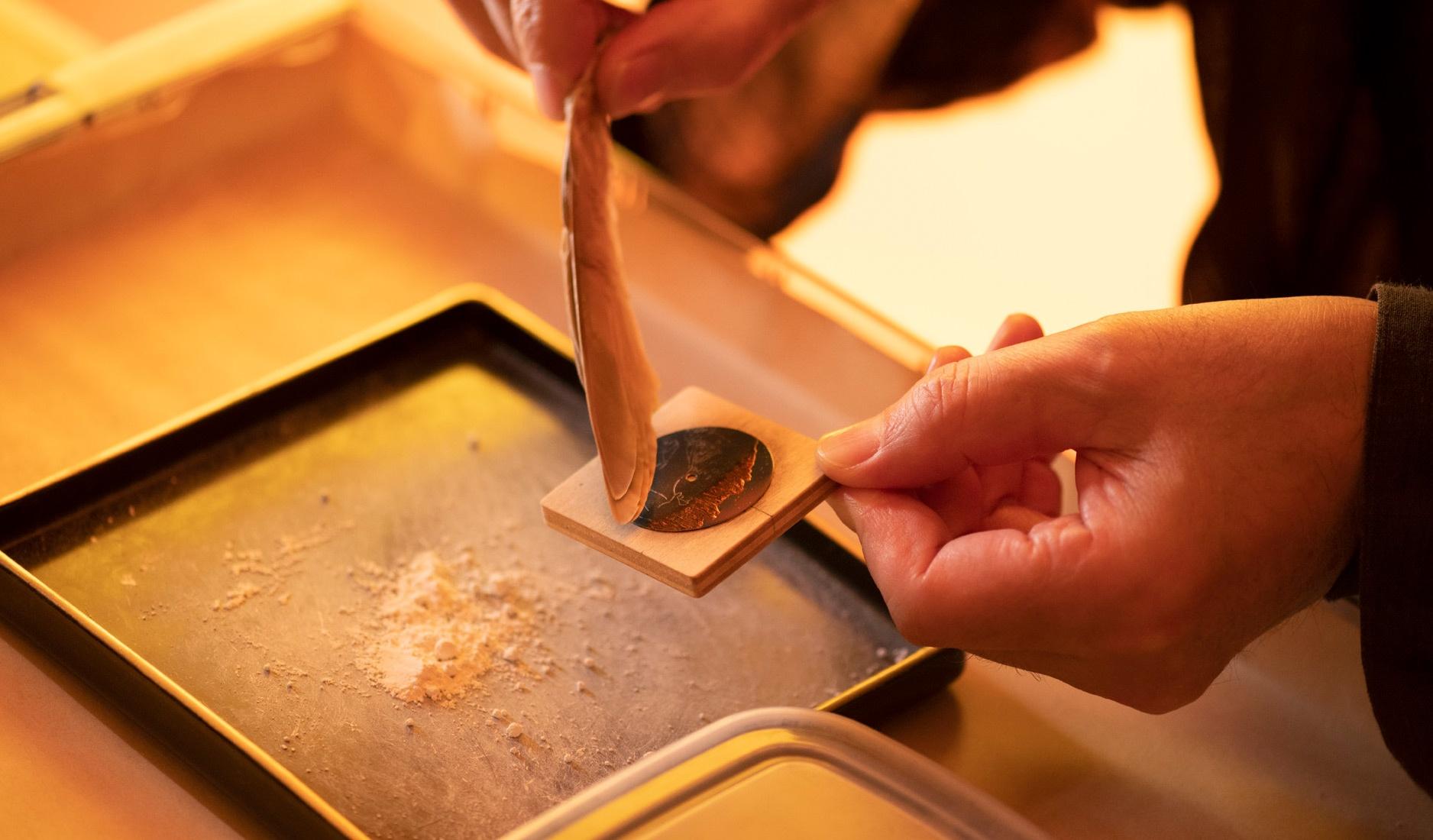 Here, the finished dial depicts a tiger standing tall on a cliff, looking over a bay and appearing majestic in a middle of a roar. The animal’s gold and black striped coat, its kingly expression, the evocative blues of the sky and the lake, and the natural textures and tones of the cliff are expertly brought to life by master lacquer artist, Minori Koizumi, who takes at least 160 hours to make each dial. As the name suggests, the L.U.C XP Urushi Year of the Tiger is housed in the ultra-slim and appropriately proportioned L.U.C XP case, measuring 39.5mm across and just 6.80mm in height. The watch’s svelteness is made possible by its ultra-thin movement, the 3.30mm-thin automatic L.U.C 96.17-L. Despite its thinness, the movement is equipped with a 22K gold micro-rotor and two stacked mainspring barrels that offer up to 65 hours of power reserve.

Certainly, the L.U.C XP Urushi Year of the Tiger isn’t going to be one’s everyday dress watch. But if you were a fan of metiers d’art or Lunar New Year-themed timepieces, or if your personal feng shui advisor had recommended something ‘ferocious’ to accentuate your auspiciousness this Year of the Tiger, this offering from Chopard will be the first of many watches that you can consider. 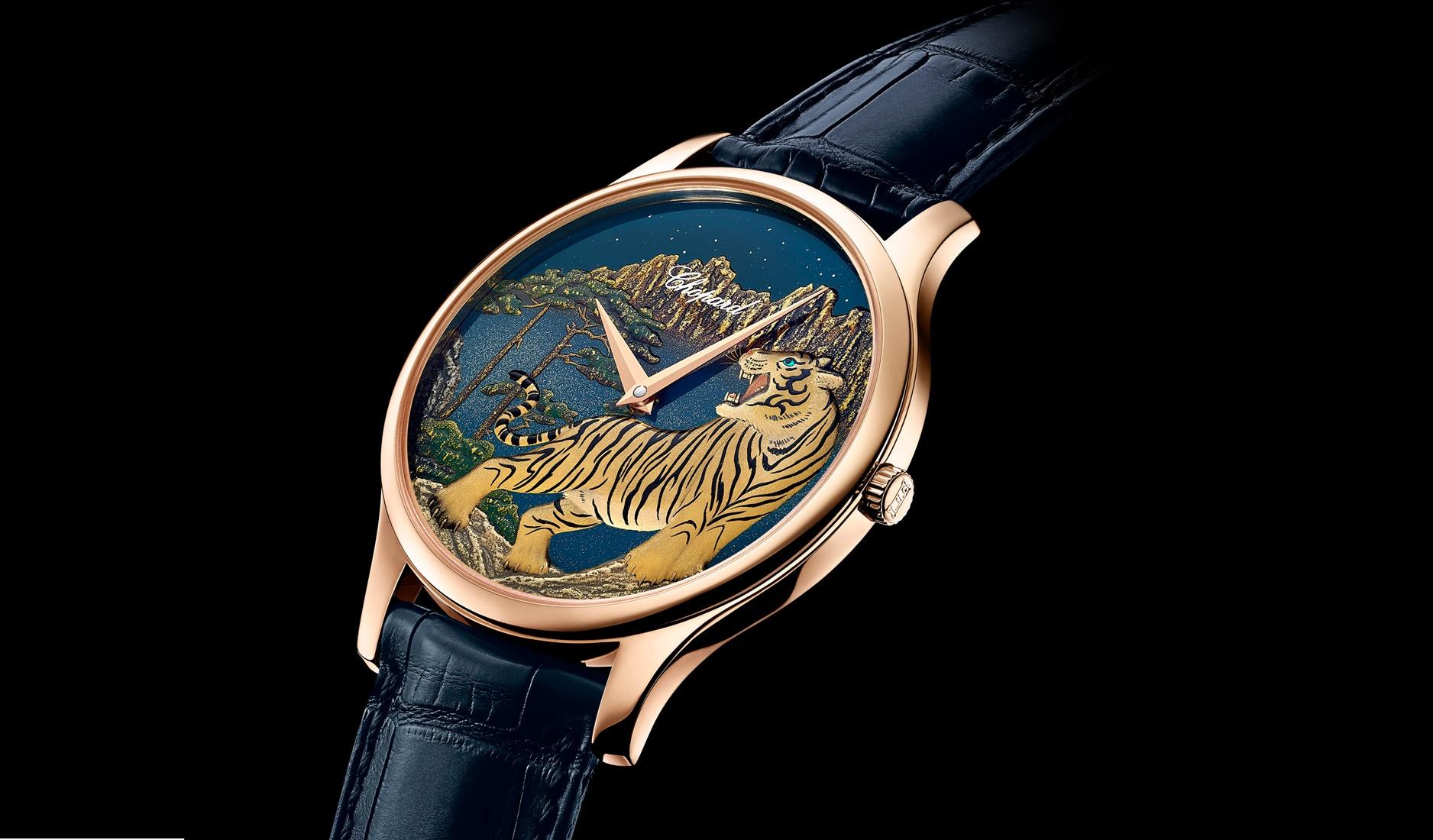