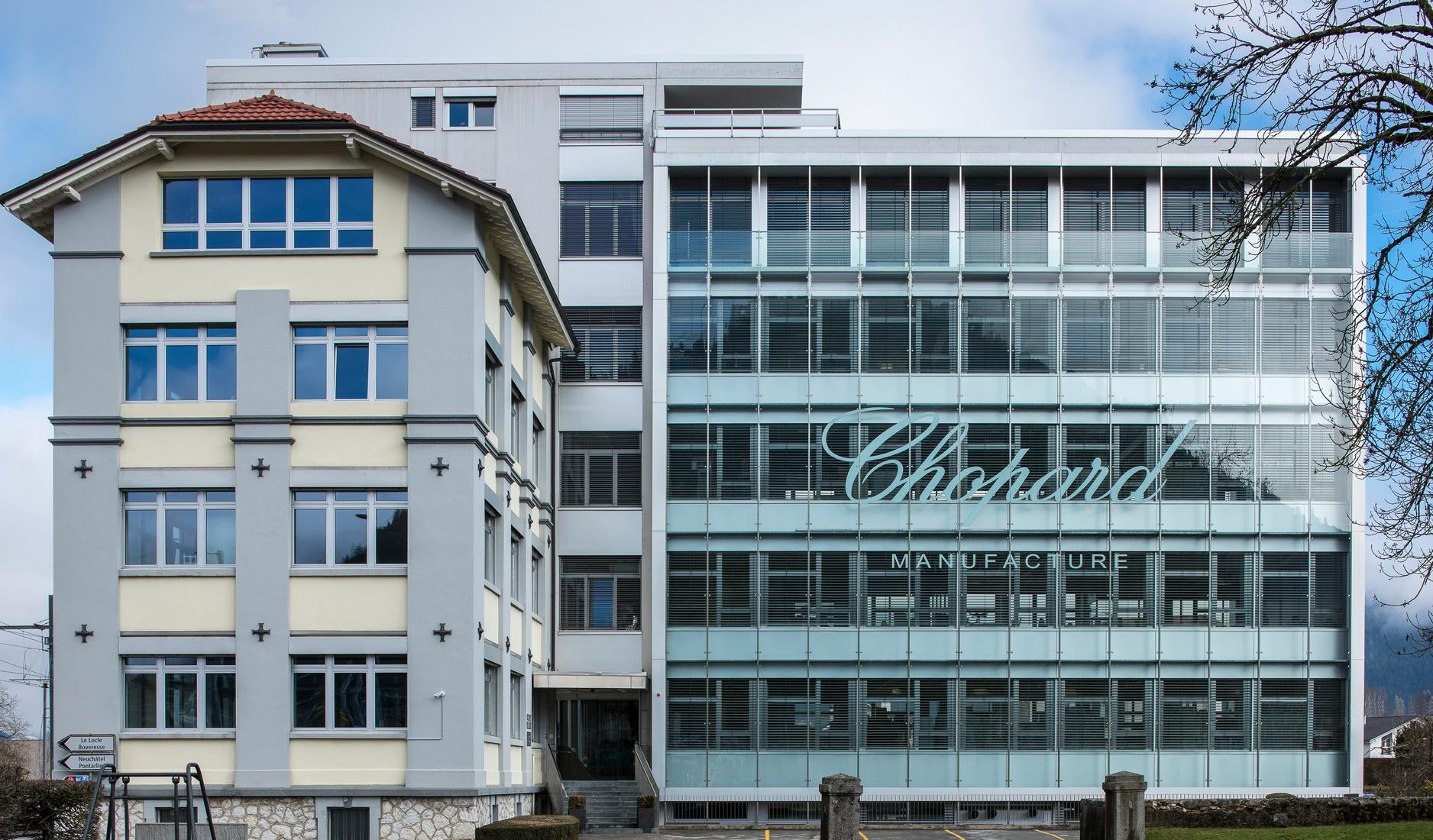 Mention Chopard and images of silver screen celebrities draped in megawatt jewellery strutting down the red carpets of the Cannes Film Festival come to mind. The glamourous film festival, of which Chopard is an official partner since 1988, is undoubtedly one of the luxury brand’s biggest calling cards. For watch buffs, however, the marque’s legacy stretches much further than that.

Some may argue that Chopard’s reputation for jewellery today outshines that of its timepieces, but the brand’s roots lay resolutely in horology. Founder Louis Ulysse-Chopard, who established his company in 1860 in a farming town in Switzerland, and was known for making ultra-thin pocket watches, which he supplied to customers in Easter Europe and Scandinavian countries.

After Louis-Ulysse’s passing, the company relocated to La Chaux de Fonds and subsequently to Geneva, where it was overseen by his son Paul-Louis, and grandson, Paul-André. In 1963, the company was sold to the Pforzheim-based Scheufele family, who had made their fortune in the jewellery watch business and was looking to equip their timepieces with authentic movements. 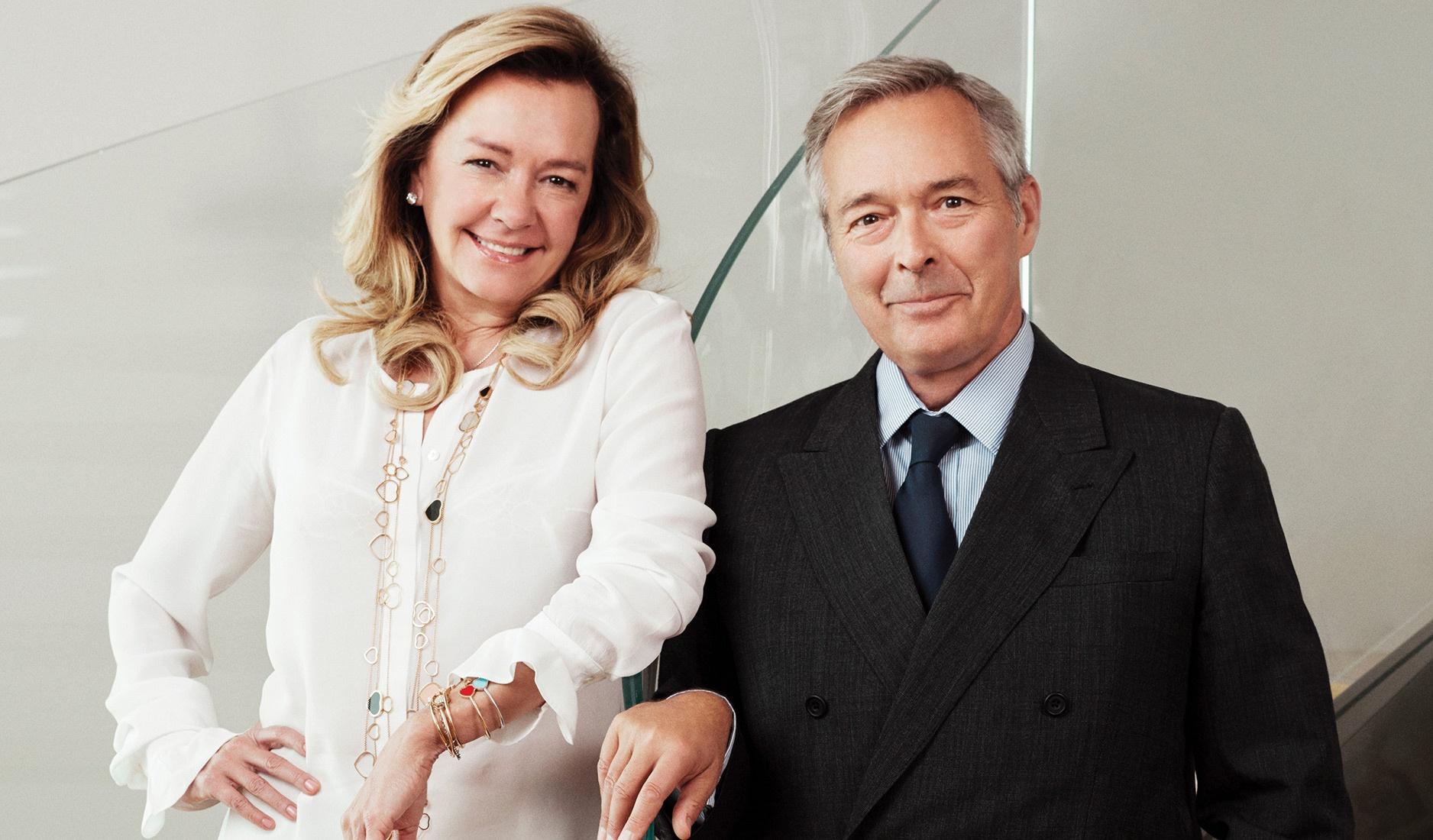 This change in ownership, presided by Karl Scheufele, proved to be one of the most significant developments in Chopard modern-day history. Through a combination of strategic smarts, as well as highly original offerings, Karl and, later on, his children Karl-Friedrich and Caroline, who took over as co-presidents in 2001, grew Chopard into one of the most recognisable names in the luxury watch and jewellery business.

From a 159-year-old heritage marque with links to old-world horology, Chopard has grown to become synonymous with contemporary watchmaking flair, built with ever-growing in-house manufacturing capabilities. The brand introduced its novelties at Baselworld the start of 2019 with a flourish, marked by commercially attuned watches from its most iconic collections, and ended the year with a bang by introducing a 1980s-inspired sports collection. Here are four recent models that have caught our attention. 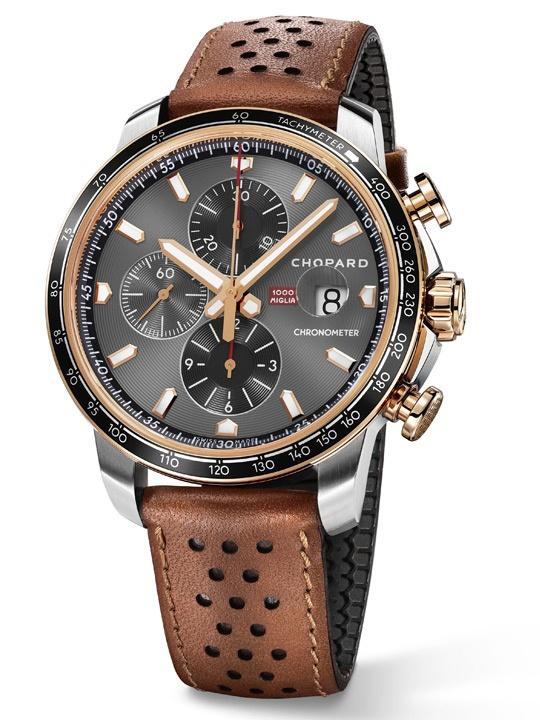 A mainstay Chopard sports offering, the Mille Miglia is the horological extension of Karl-Friedrich’s passion for vintage cars and motor racing. Chopard has been the official timekeeper for the Mille Miglia race since 1998 and has released commemorative timepieces to mark each race. This model here is the most exclusive of 2019’s roll-outs – a retro-style COSC-certified automatic chronograph in rose gold and stainless steel case that is limited to 250 pieces. 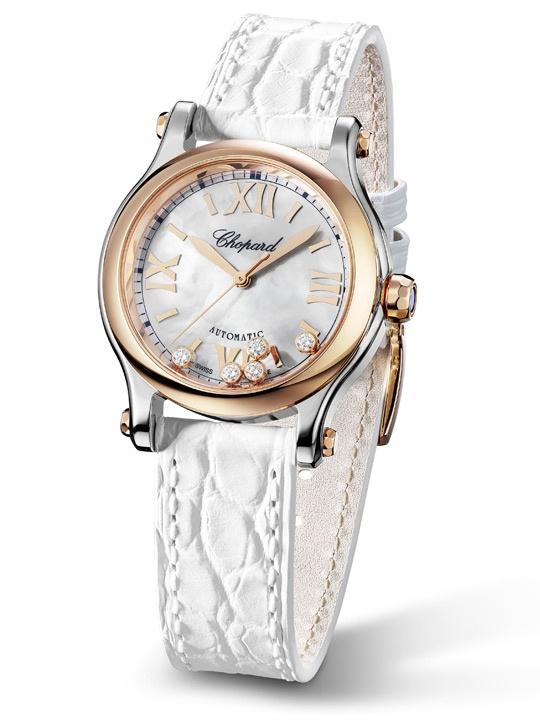 Launched in 1993, the Happy Sports claim to fame came by way of featuring Chopard’s trademark free-floating diamonds in stainless steel cases. The line has been offered in more extravagant options since, and the latest Happy Sport 30mm rocks a cool bi-metallic look with a rose gold bezel on a stainless steel case that frames a mother-of-pearl dial with five movable diamonds. 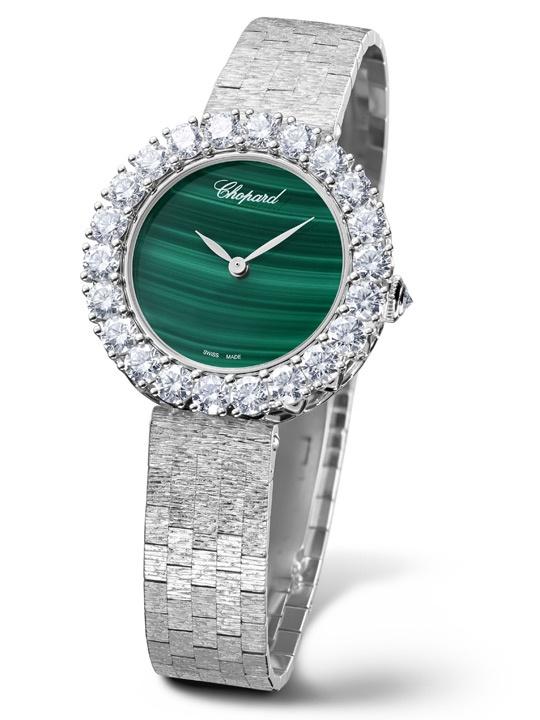 No round-up of Chopard’s best is complete without something bejewelled and flamboyant. The L’Heure du Diamant fits the bill perfectly – a watch designed to garner attention on the red carpet. Taking inspiration from archived models from 1969, the 2019 L’Heure du Diamant line-up brims with sensuality and sass, featuring tree bark-style white gold bracelets, tiny cases and crowns set with diamonds, and dials made of precious stones like opal, turquoise, malachite (pictured), and lapis lazuli. 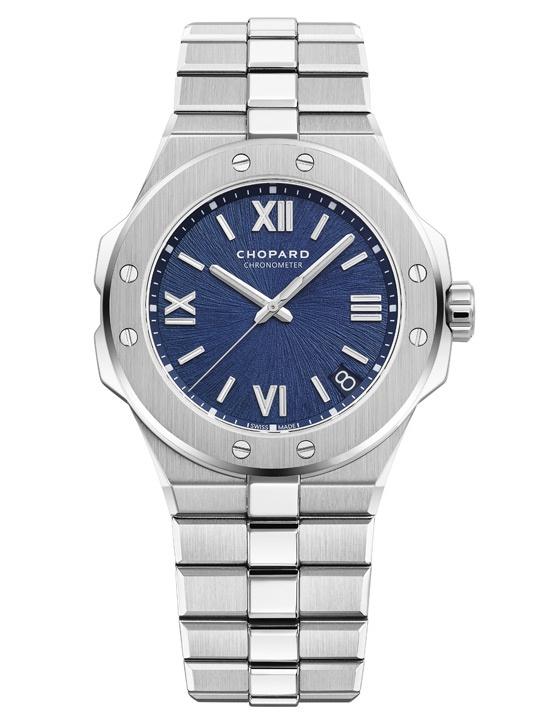 A reinterpretation of the St. Mortiz watch from 1980s, Chopard’s first sports collection that has since been discontinued, the Alpine Eagle borrows heavily from the predecessor’s boss-like disposition. The watch has a wealth of references to its namesake bird, especially the textured brass dial that evokes an eagle’s iris. Unabashedly riding on the wave of demand for throwback-style luxury sports watches, the Alpine Eagle goes large on distinctive features like protruding lugs, strong three-link ingot bracelet, and bezel with exposed screws grouped in pairs at the four cardinal points which, incidentally was a main feature on the St. Moritz.