A dashing and quirky race-inspired chronograph from the oft-overlooked fashion brand. 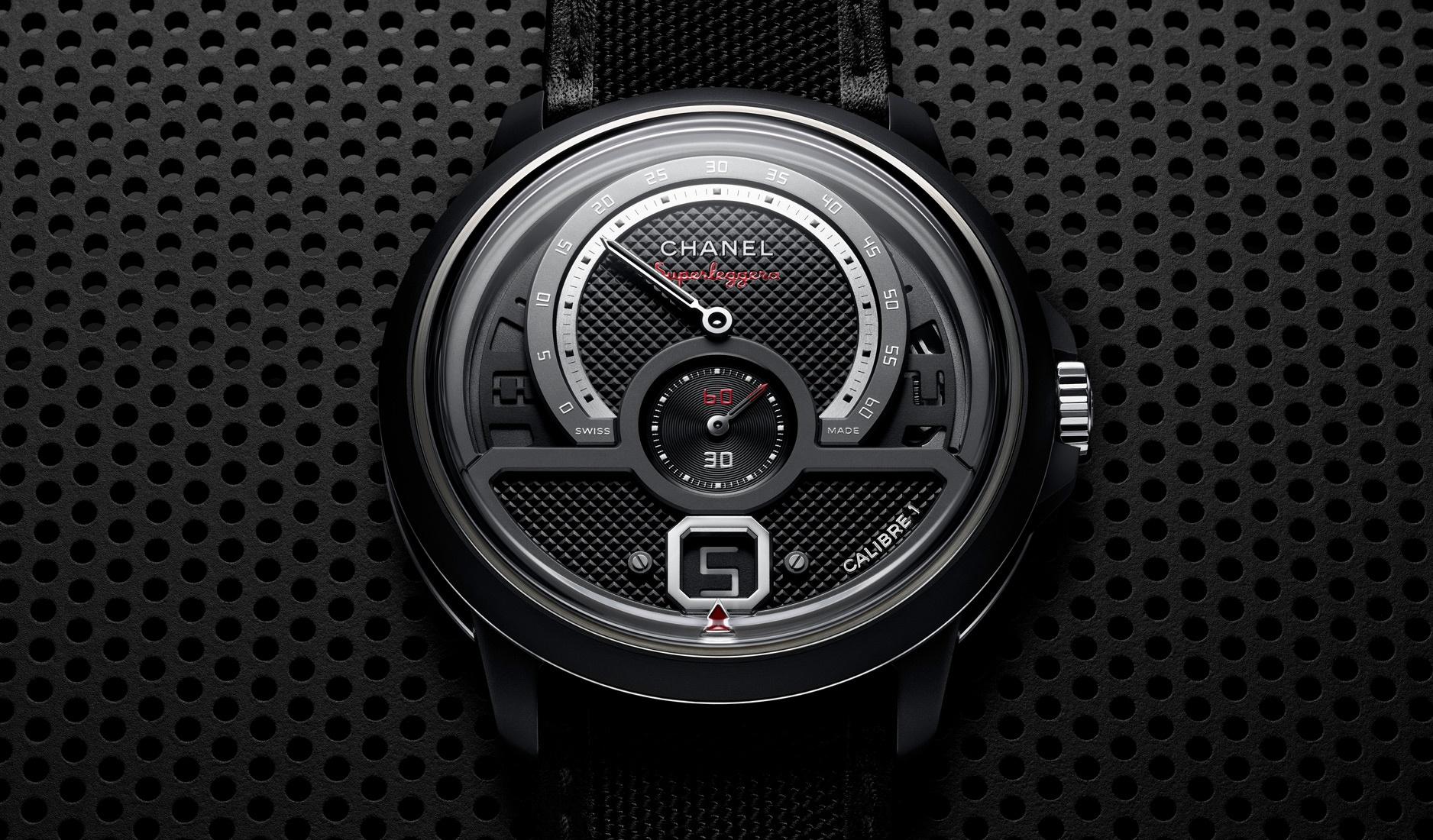 While Chanel’s claim to horological fame as the fashion brand that sex-ed up high-tech ceramic with the launch of the glossy and chic J12 collection in 2000, the results of the marque’s foray into ‘proper men’s watches’ is a bit more mixed.

Admittedly, a top-dollar mechanical men’s watch from Chanel is a tough sell, considering the options available from within and outside the fashion sphere. But even with the odds stacked against it, the brand has done rather admirably, with highlights that include the J12’s crossover appeal with larger-sized models bearing chronographs and GMT complications, as well as the launch of its own in-house movement, the Calibre 1, a hand-wound movement with jumping hour and retrograde minutes, in the appropriately named Monsieur watch in 2016.

Given this, the new Monsieur Superleggera Edition may be considered a coalescing of Chanel’s best efforts in men’s watches, bringing together the masculine chic of the race-inspired J12 Superleggera series and the horological gravitas of the Calibre 1-driven Monsieur. The result? A dynamic and slightly off-kilter beauty that rocks with a neat blend of haughty style and technical presence. 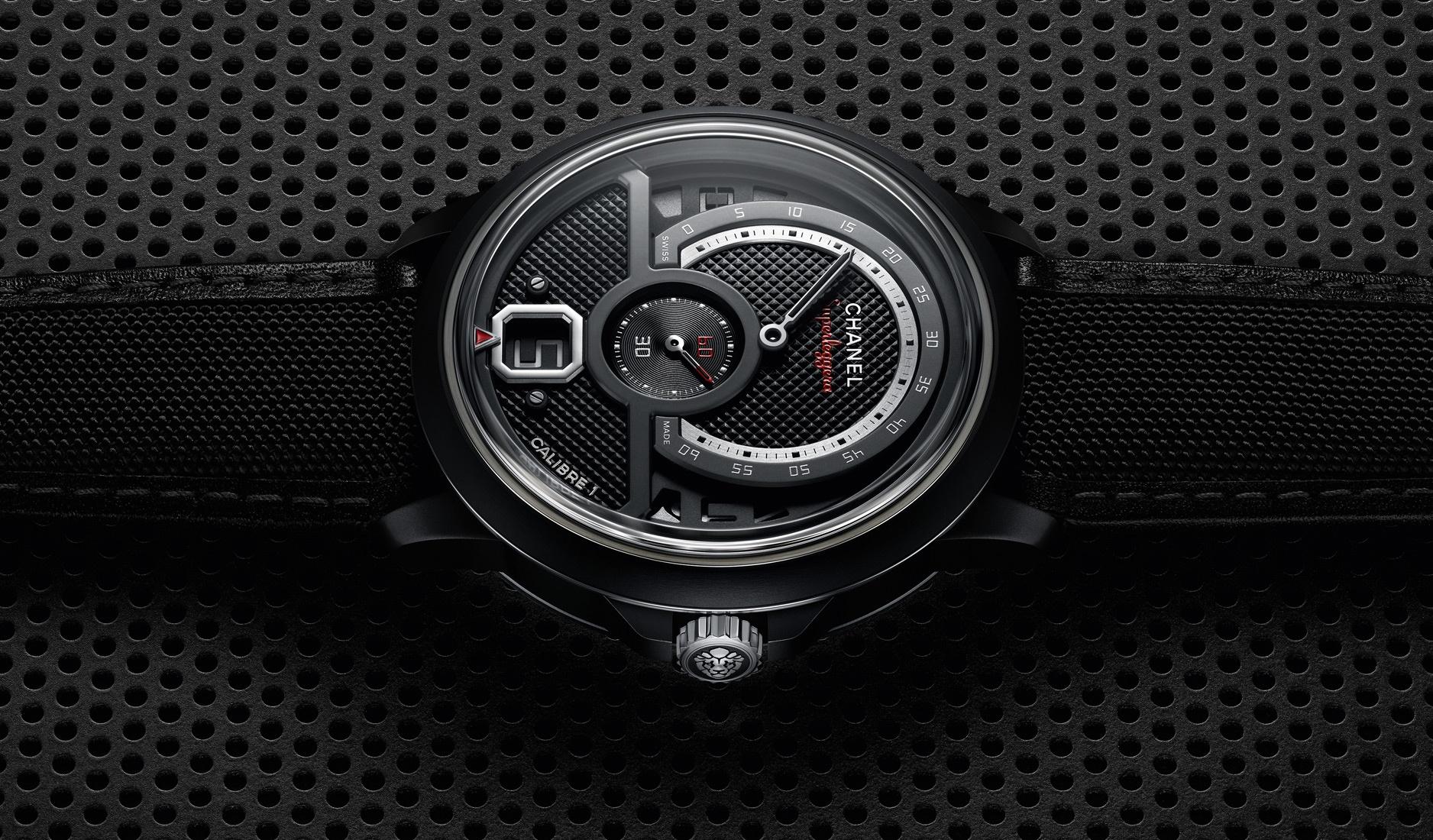 The Monsieur’s signature dial display continues to dominate the new model – a jumping hour window at six o’clock, central small seconds counter in the middle and the 240º retrograde minute occupying the top half of the display. At the same time, the J12 Superleggera’s spirit and style, hewn from the world of flashy and fast racers (Superleggera means ‘super light’ in Italian, and is also the name of the Aston Martin DBS supercar), is writ large all over, from its cool 42mm matte black ceramic case, to the partly openworked dial with frames for the indicators and guilloché patterns, down to the black nylon strap lined with red calfskin.

Even so, the Monsieur Superleggera Edition isn’t so much of a half-Monsieur, half-J12 Superleggera kind of watch, but a seamless blend of the two. The combination of machismo-evoking colours and ceramic case, and the transformation of the dial design from one that looks classy and chic into something that resembles an instrument gauge on a dashboard, shows how well thought-out – and serendipitous – the fusion of two of Chanel’s most winsome men’s watches is. 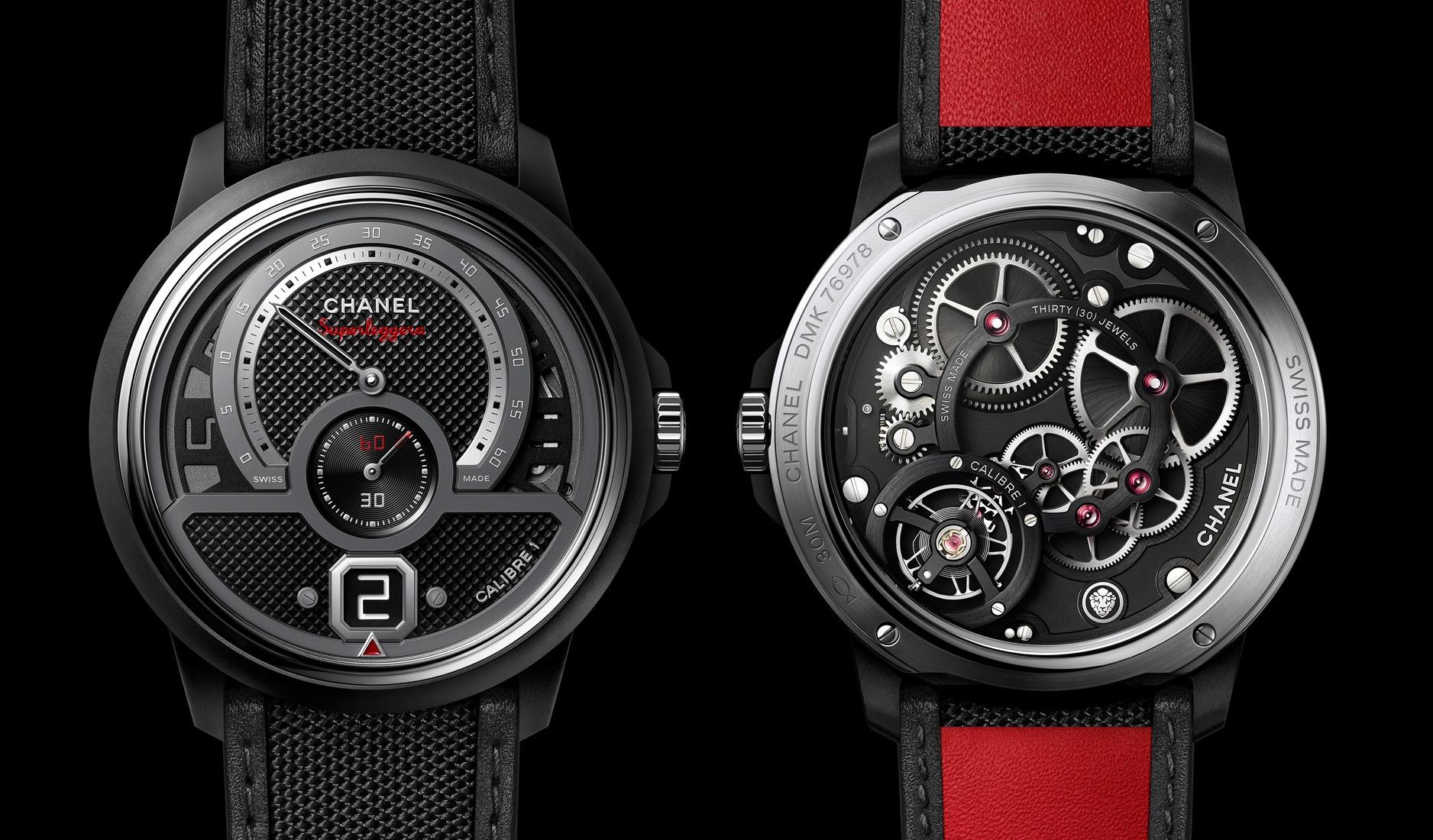 Befitting a ‘serious’ men’s watch, the Monsieur Superleggera Edition is driven by the in-house developed Calibre 1 hand-wound movement that signalled Chanel’s intent to play in the same league as the horological big boys back in 2016. The company even enlisted master watchmaker Romain Gautier to finesse the movement, complementing the Calibre 1’s performance virtues and features such as a double barrel for three-day power reserve, and free-sprung, adjustable mass balance with gorgeous finishing, and artfully shaped components and architecture.

Chanel’s press material describes the watch's aesthetic as one that ‘flexes its muscles in complete discretion’. With all due respect, the studied flamboyance of the Monsieur Superleggera Edition does just the opposite.