The ultra-light and robust material is paving the way forward for the G-Shock line. 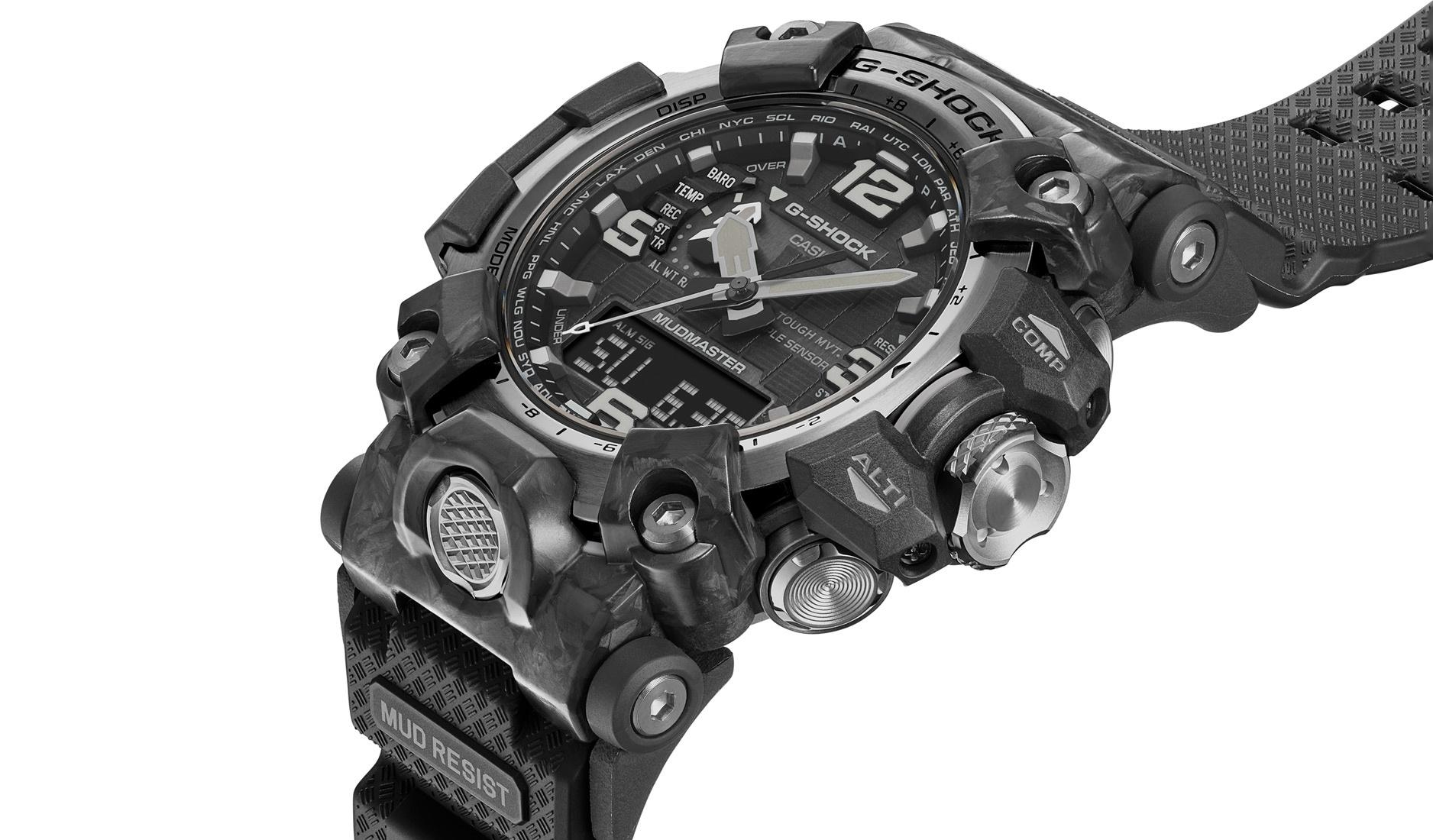 Casio G-Shock’s famed ultra-toughness that can withstand getting smashed and hurled down flights of stairs wasn’t built in a day – nor it is an endeavour that will ever truly be complete. Since the launch of the first DW-5000C model in 1983, engineers behind the brand have constantly sought to improve the collection’s robustness. 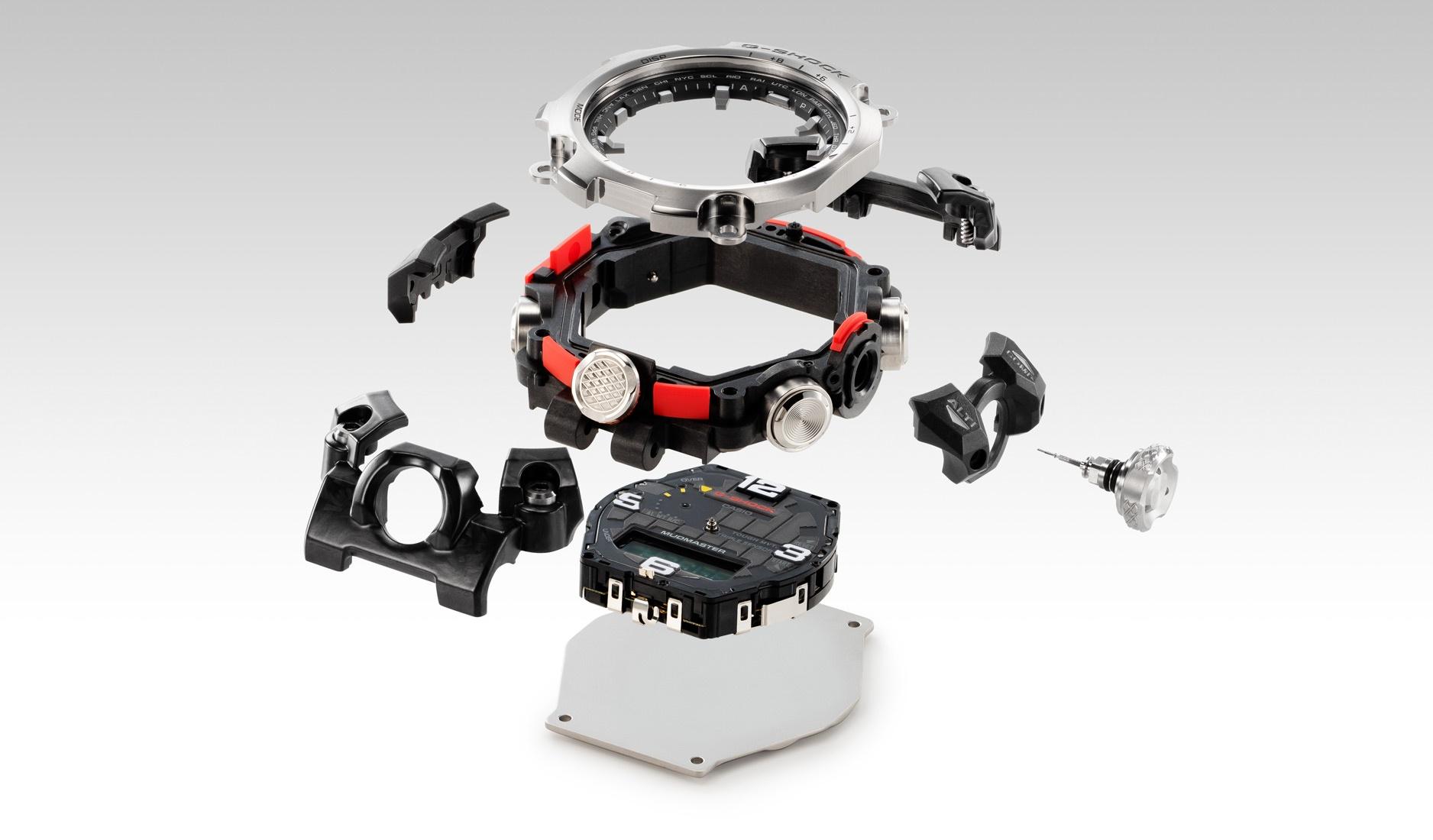 The G-Shock line’s latest evolution comes in the form of fortification by way of carbon, a material that’s known to be super lightweight and robust. The brand introduced the ‘carbon core guard’ construction (above) – a monobloc case made of carbon-fibre-reinforced resin that envelopes the movement – in the G-Shock GA-2000 line in 2019. This year, the brand has evolved and extended the use of carbon on the new Mudmaster GWG-2000, and MTG-B2000YBD and MTG-B2000XD models. 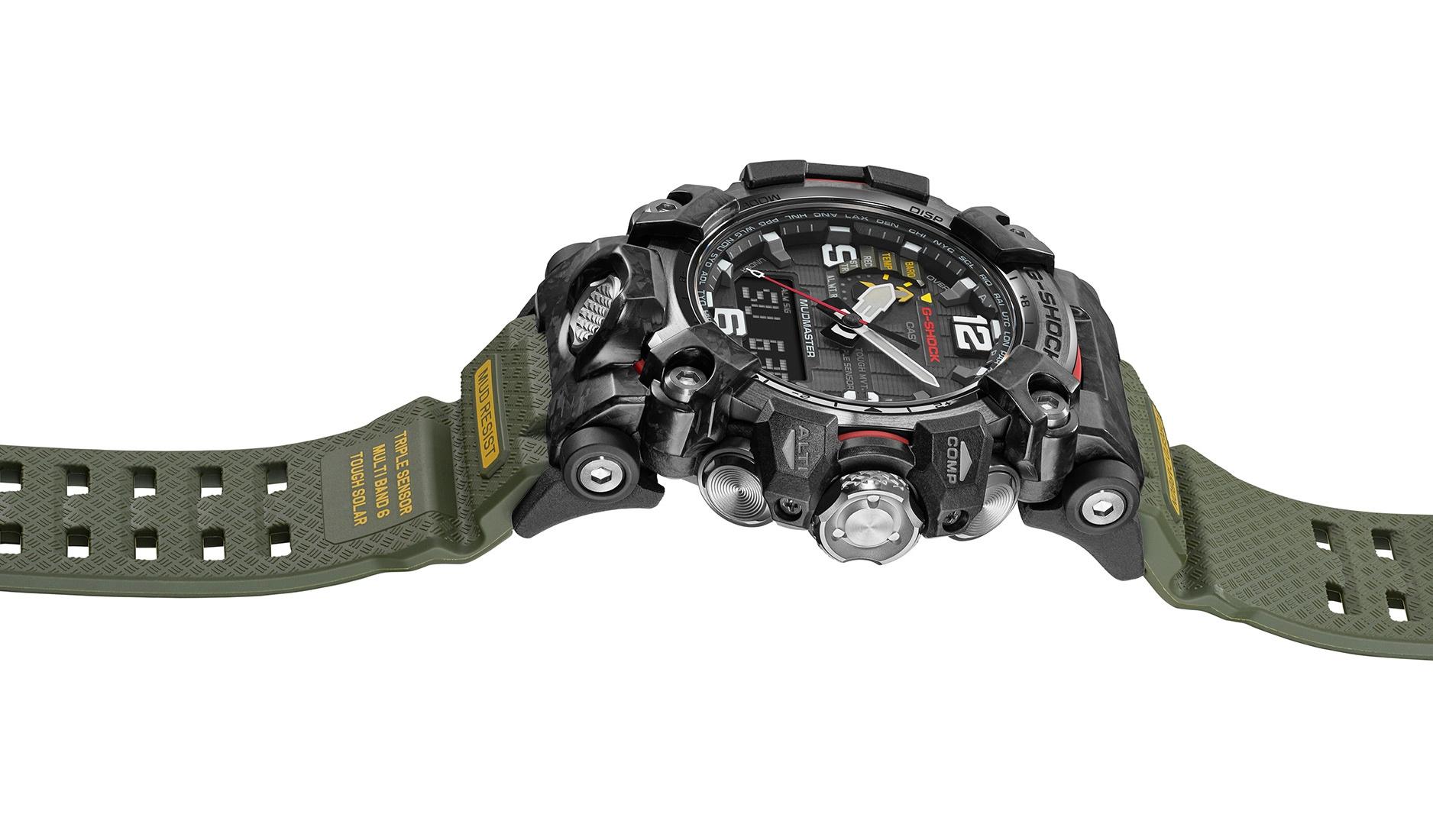 On the hulking Mudmaster GWG-2000, we see the use of forged carbon on the case in addition to the carbon core guard inner case. A special type of carbon fibre-reinforced resin that is used on aircrafts and race cars, forged carbon is use on the watch’s lugs, as well as a claw-shaped outer case to reinforce its structure. The material also envelopes the stainless steel button pipes and internal silicone buffer for even greater shock-resistance while sealing the watch so that it is even more impervious to mud and dust.

The MTG-B2000YBD and MTG-B2000XD, on the other hand, are reinforced with newly developed bezel frames and top made by layering and machining multiple carbon and fibreglass sheets. As a result, the bezel frames on these models are 77 per cent lighter than stainless steel ones used on previous models, while providing even greater shock-resistance. 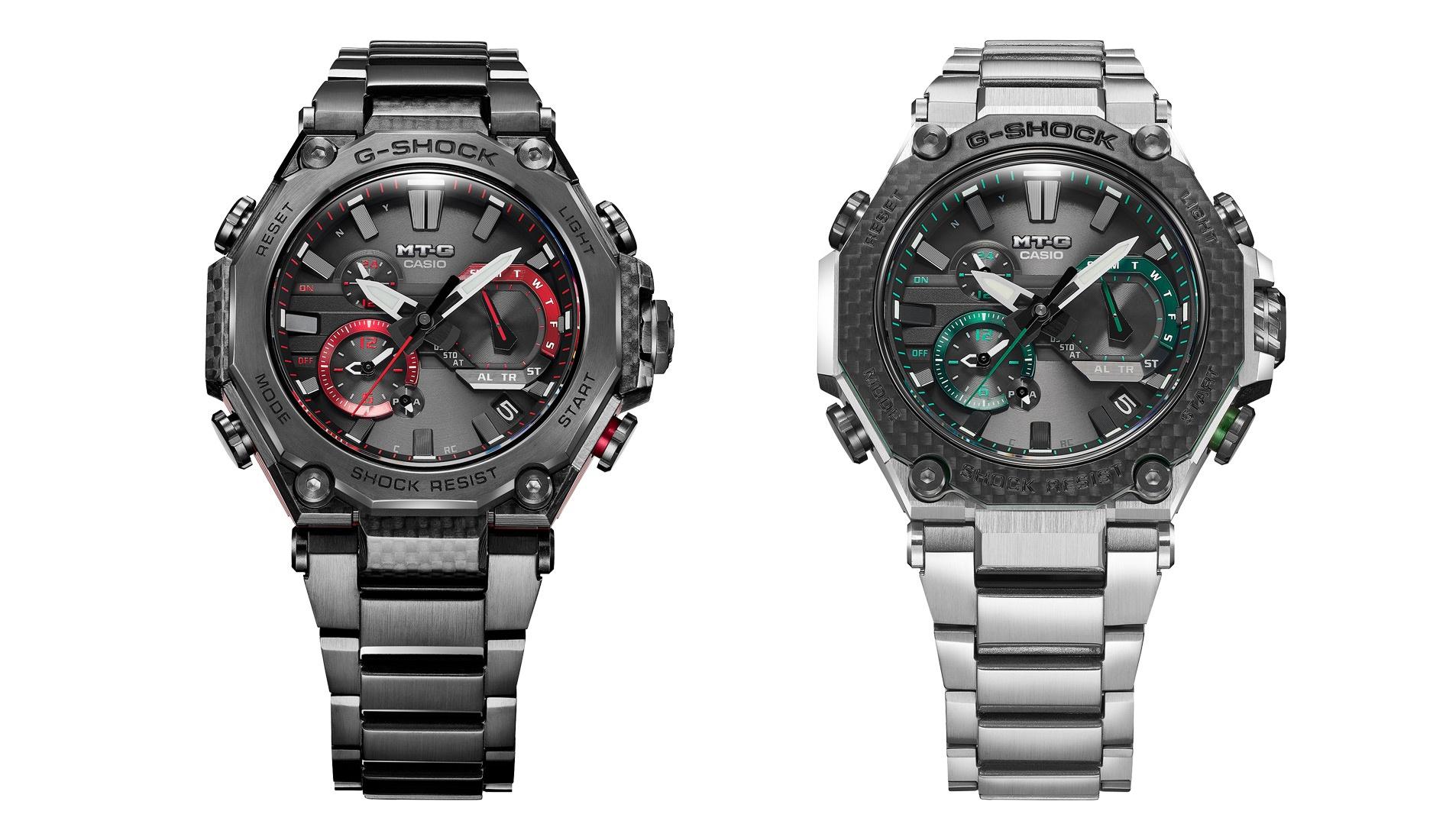 From inner case construction using carbon frame guards, to the use of forged carbon and multi-layered carbon on the case and bezel, the G-Shock line appears to be fully embracing the material in its various forms and uses. And these models are probably the harbingers of even more carbon-loaded G-Shocks to come.