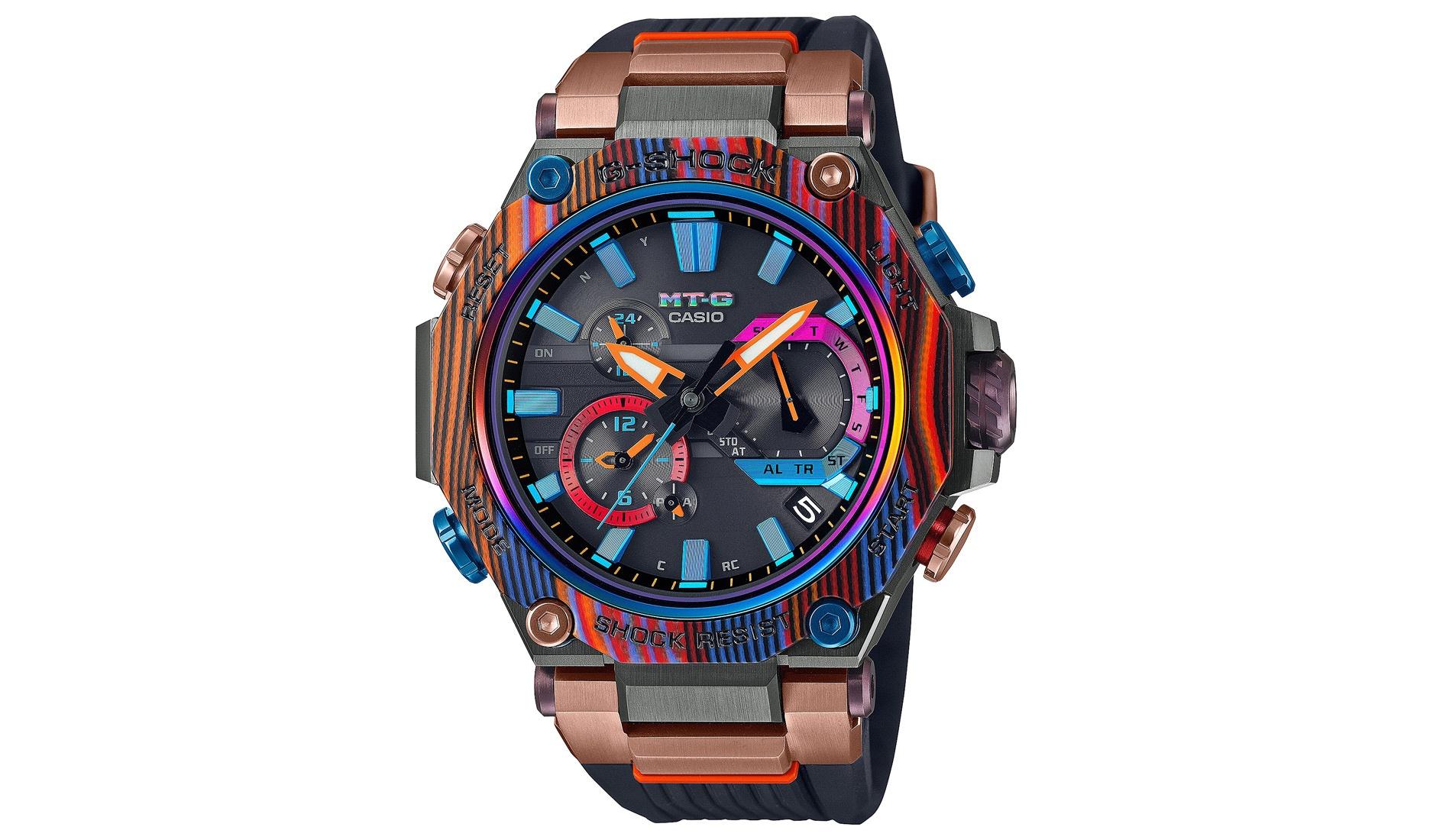 The Casio MT-G (short for ‘Metal Twister G-Shock’) line-up of ultra-tough, metal-clad G-Shocks have had a couple of wild offerings in recent years, spanning models covered in python skin-like patterns (MTG-B1000WLP-1A) to phoenix-inspired creations flaunting metallic rainbow-hued case (MTG-B2000PH-2A). For a truly one-of-a-kind buy with flamboyance to pair, however, the latest MTG-B2000XMG trumps them.

Casio G-Shock has been going large with carbon-anchored features in recent years. Utilising carbon in its myriad forms, from carbon fibre sheets to reinforced carbon resin, the brand has been using the ultra-lightweight but tough material to improve its watches’ robustness as well as offer unusual aesthetic options, as the new MTG-B2000XMG demonstrates.

Boasting the collection’s requisite hardiness, along with innovations such as automatic synchronisation with radio wave time-calibration signals and smartphone link functionality, the hefty MT-G model is imbued with even greater presence, courtesy of its eye-catching bursts of colour. Complementing the copper-tinged lugs and black dial with coloured metallic accents is an outlandish multi-coloured carbon bezel that dominates the look. The bezel’s stunning appearance is said to be inspired by Peru’s Rainbow Mountain, which is famed for being covered by colourful stripes formed by oxidation of minerals built up over time.

Made from a process that randomly laminates carbon and coloured glass fibers, each MTG-B2000XMG, is thus inherently unique and no two model will look exactly the same. So, if you fancy a G-Shock that is truly distinctive – and have S$1,699 to spare - you know where to look. 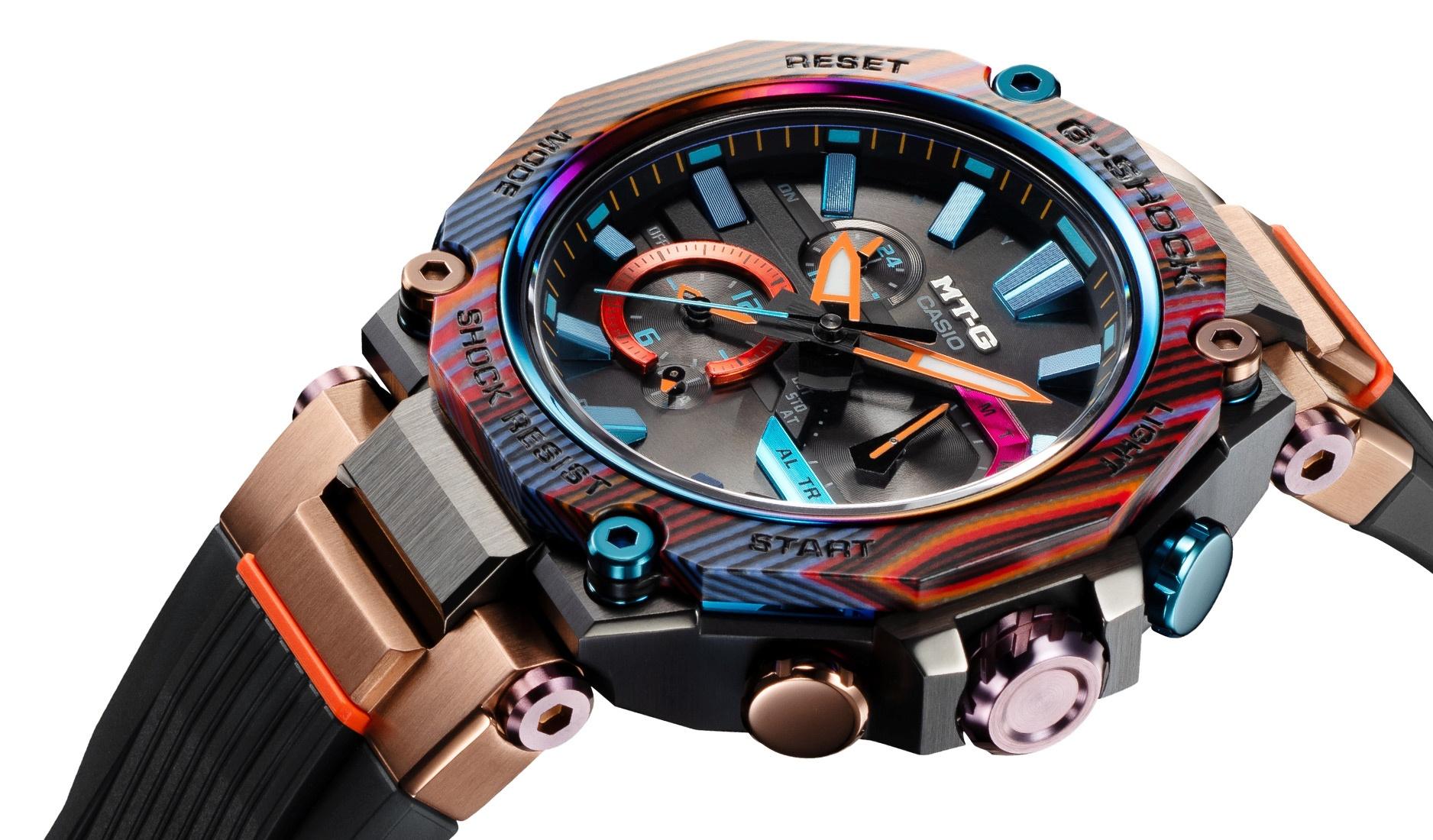