The OG Casio G-Shock’s biggest moments in metal – so far. 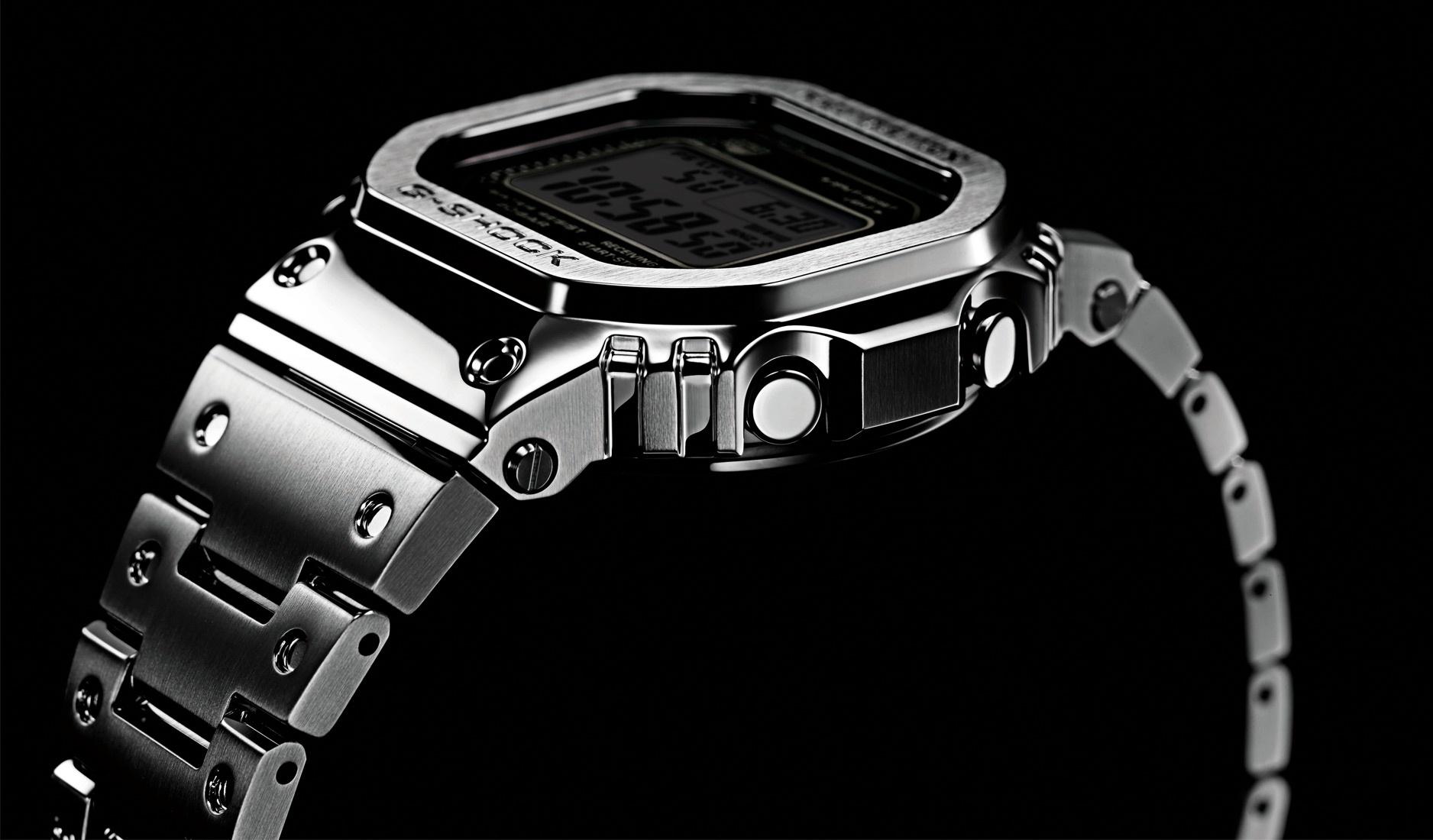 IT’S PART OF G-SHOCK’S SECOND EVOLUTIONARY WAVE
The GMW-B5000 was launched in 2018 to commemorate the 35th anniversary of the first-ever G-Shock, the DW-5000. 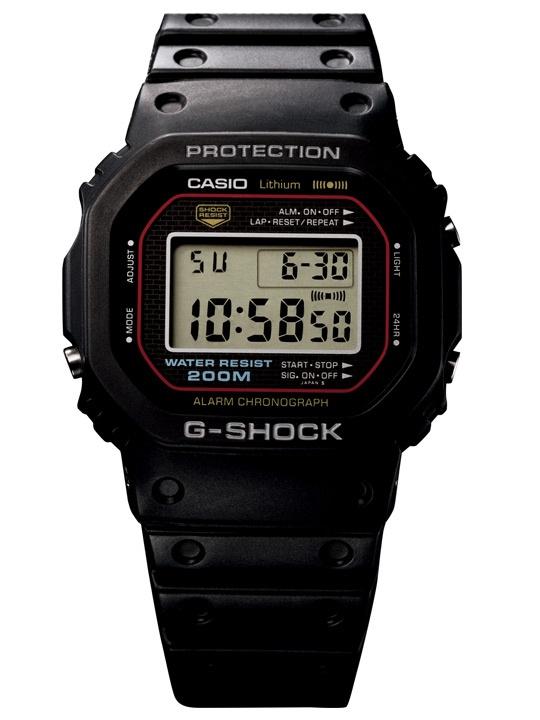 While the watch bears aesthetic likeness to its forebear (more specifically, the 1987 version of the DW-5000, which was renamed as DW-5600), the GMW-B5000’s all-metal construction roots can be traced to the MR-G collection that was introduced back in 1996.

Clad entirely in metal, the MR-G series ushered G-Shock’s then-burgeoning ‘metal age’. Previously, all G-Shock were housed in resin cases, which had cushioning architecture to protect the watch’s digital module, and featured manifold protrusions to protect the buttons and screen. 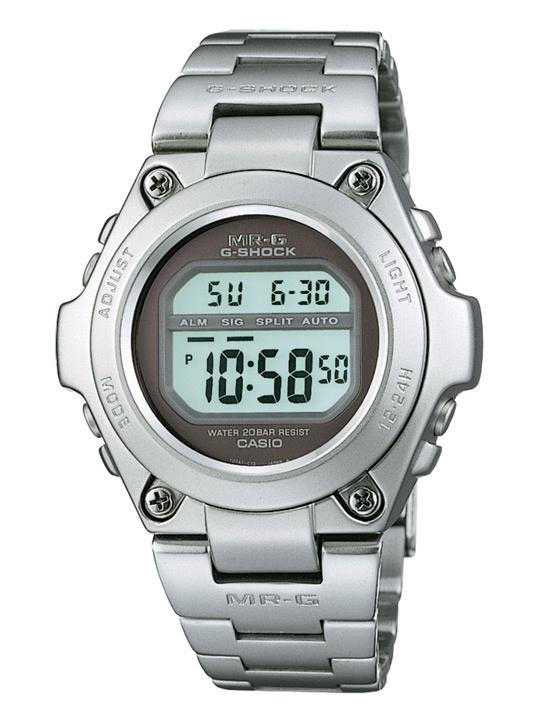 The MR-G collection – and subsequently, the GMW-B5000 - pushed the concept further with its all-metal construction, while keeping to G-Shock’s ‘Triple 10’ promise of ultimate toughness: minimum standards of 10m free-fall endurance, 10-bar water resistance and a 10-year battery life.

MORE THAN A FACELIFT
Contrary to what it looks like, the GMW-B5000 series is NOT just a makeover of the DW-5600. Replicating the design and profile of the DW-5600’s case and bracelet with exacting detail using metal components is one thing. But ensuring the watch’s robust utilitarianism and modern-day functionality demanded a thorough overhaul from the inside-out. 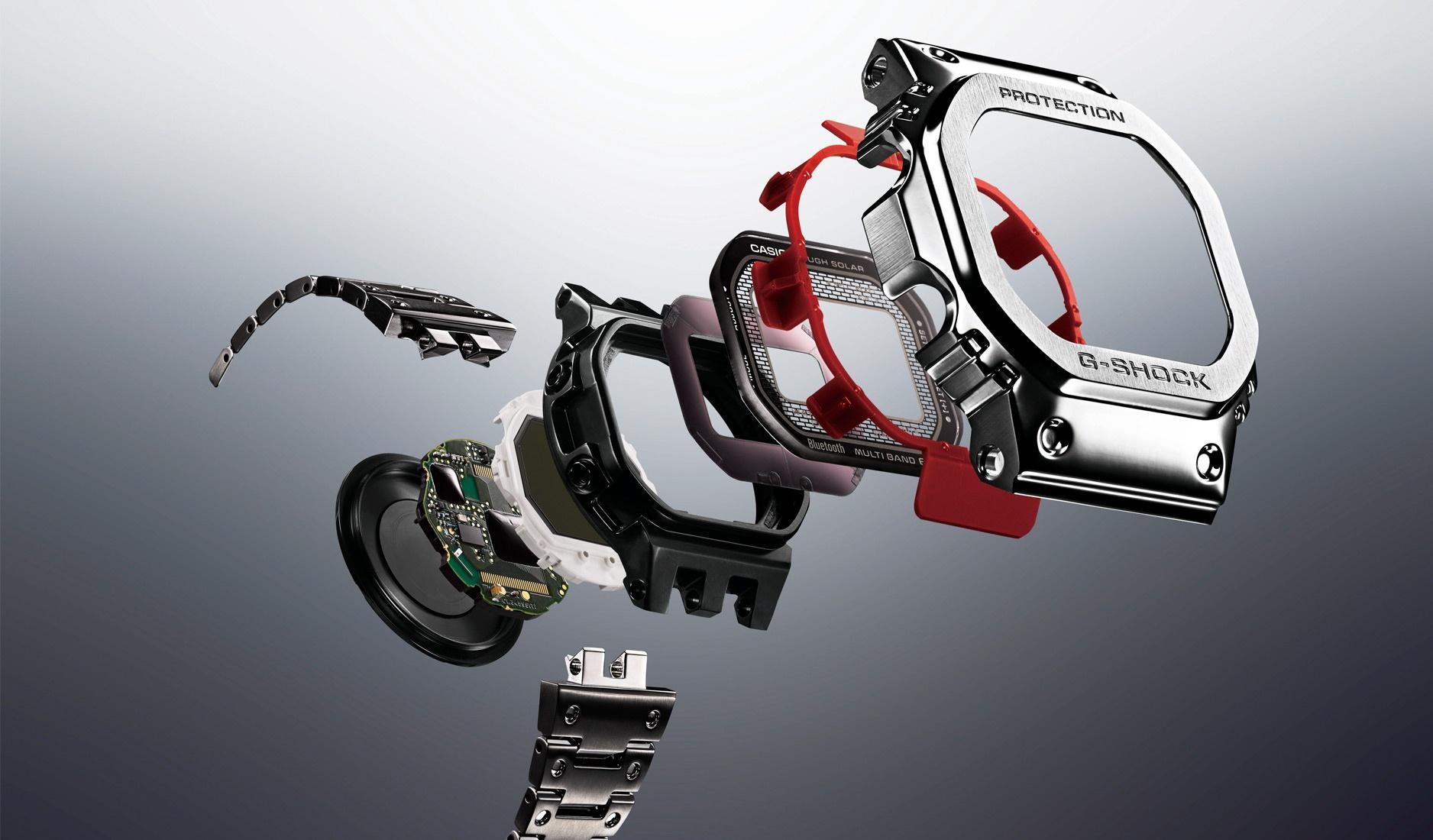 On the outside, the GMW-B5000’s case is the result of countless rounds of forging, cutting and polishing. Meantime, the metal bracelet replicates the look of the original model’s resin strap using a dimple-pressing process. Underneath the hood, the GMW-B5000’s inner case comprises a series of carefully constructed housings with redesigned architecture to hold and cushion the timekeeping module. 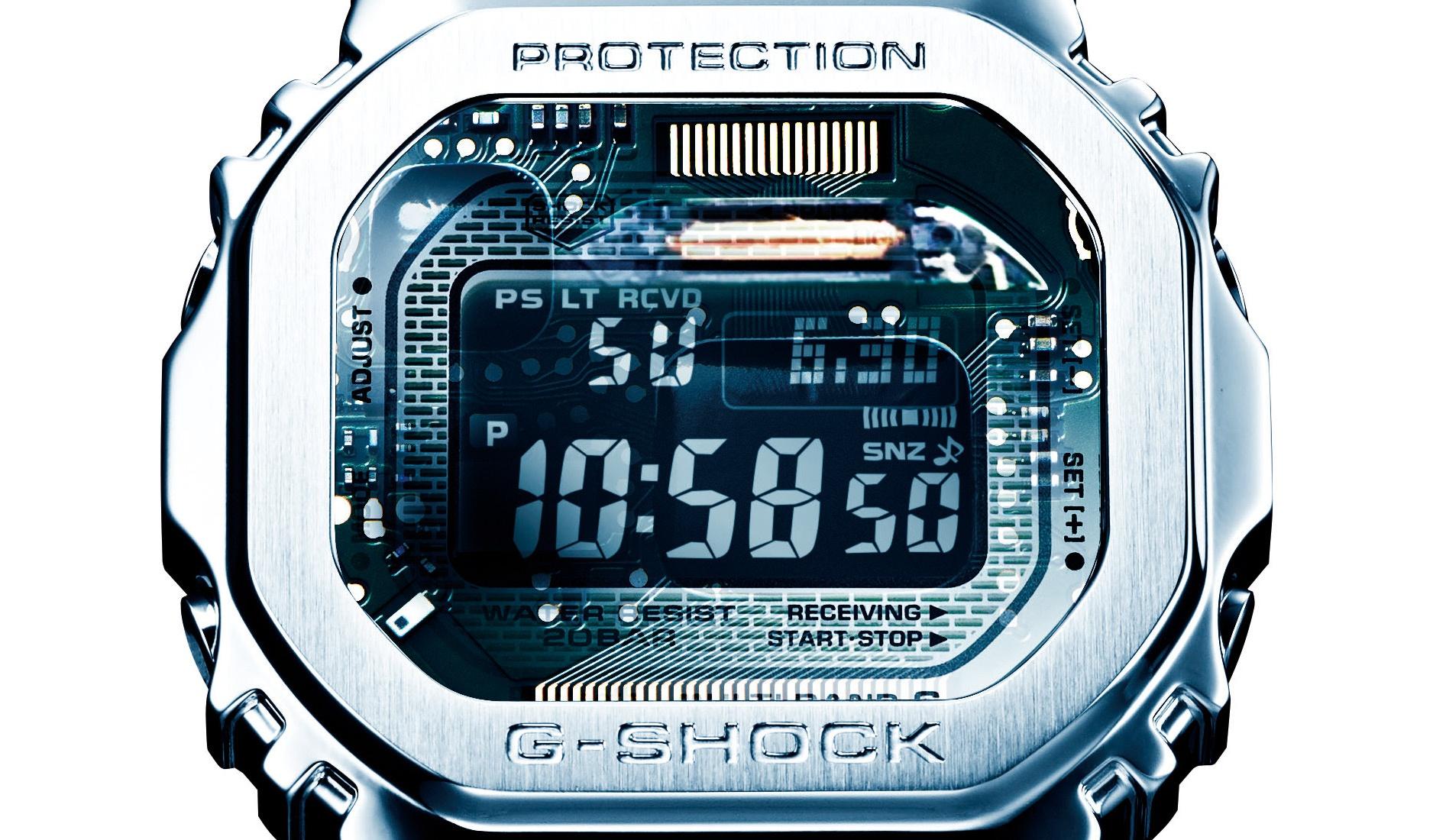 The collection’s evolutionary spirit can also be found in the tech it offers. The GMW-B5000’s digital module is boasts a variety of practical upgrades, such as Bluetooth connectivity with mobile phone app to access time-setting and phone finding features, amongst others; improved LED backlight display; enhanced film-based solar panel to suppress light while improving legibility; and state-of-the-art LCD screen.

THE FIRST STEEL AND GOLD ION-PLATED MODELS ARE LEGIT ICONS
Whether a lingering sense of awe from seeing a familiar G-Shock icon suddenly exuding regality; or the shrewd choice of hues (ion-plated silver or gold, no less), which helped the debuting GMW-B5000 watches make such deep impressions, the silver GMW-B5000D-1 and gold-plated GMW-B5000TFG-9 have now written themselves into G-Shock folklore as among the collection’s most stunning and storied debuts. It’ll be an understatement to say that the anticipation for the first wave of GMW-B5000 watches bubbled over in Singapore. Demand for both models proved overwhelming and were promptly sold out on the day of their launch in April 2018. 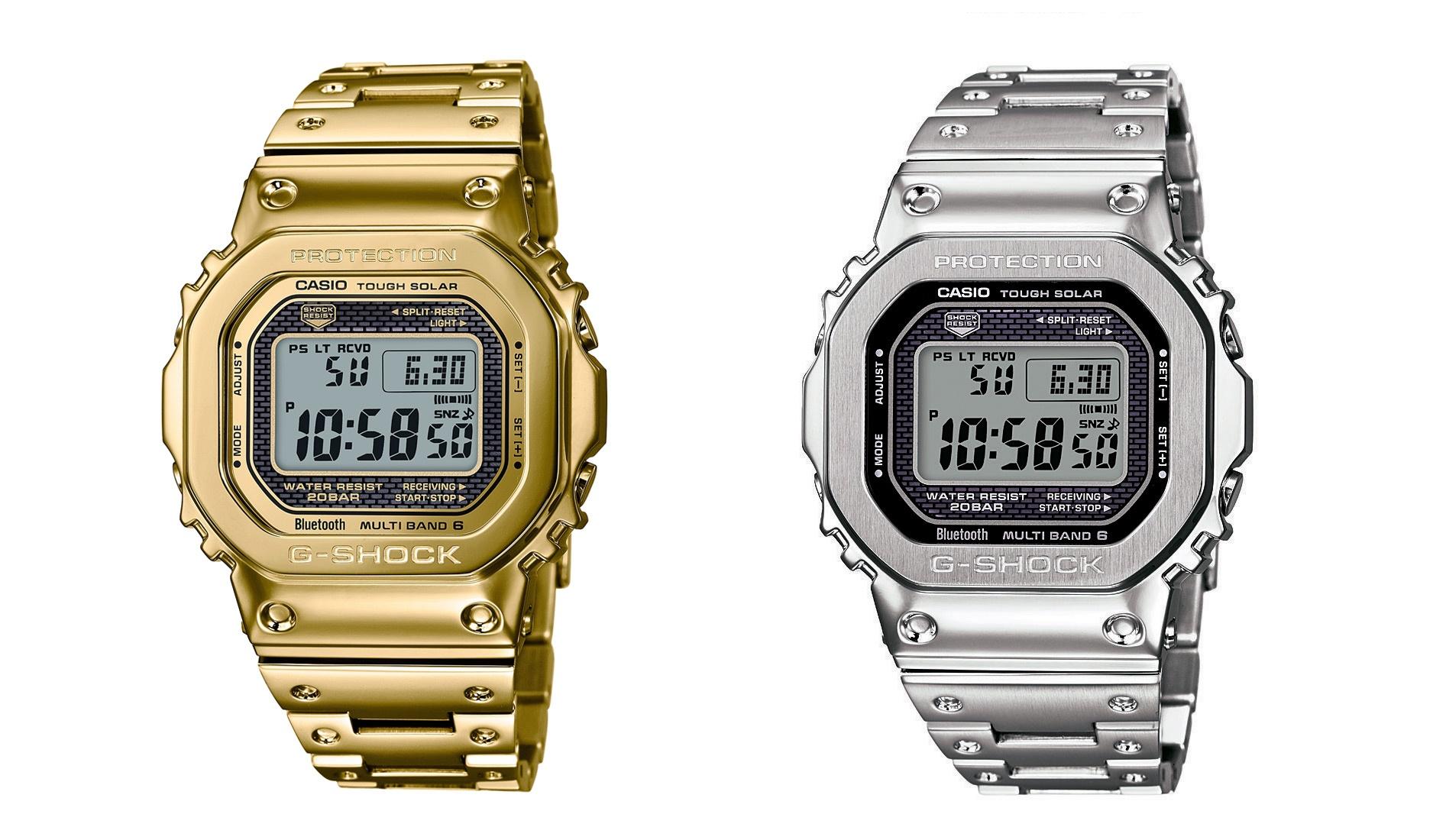 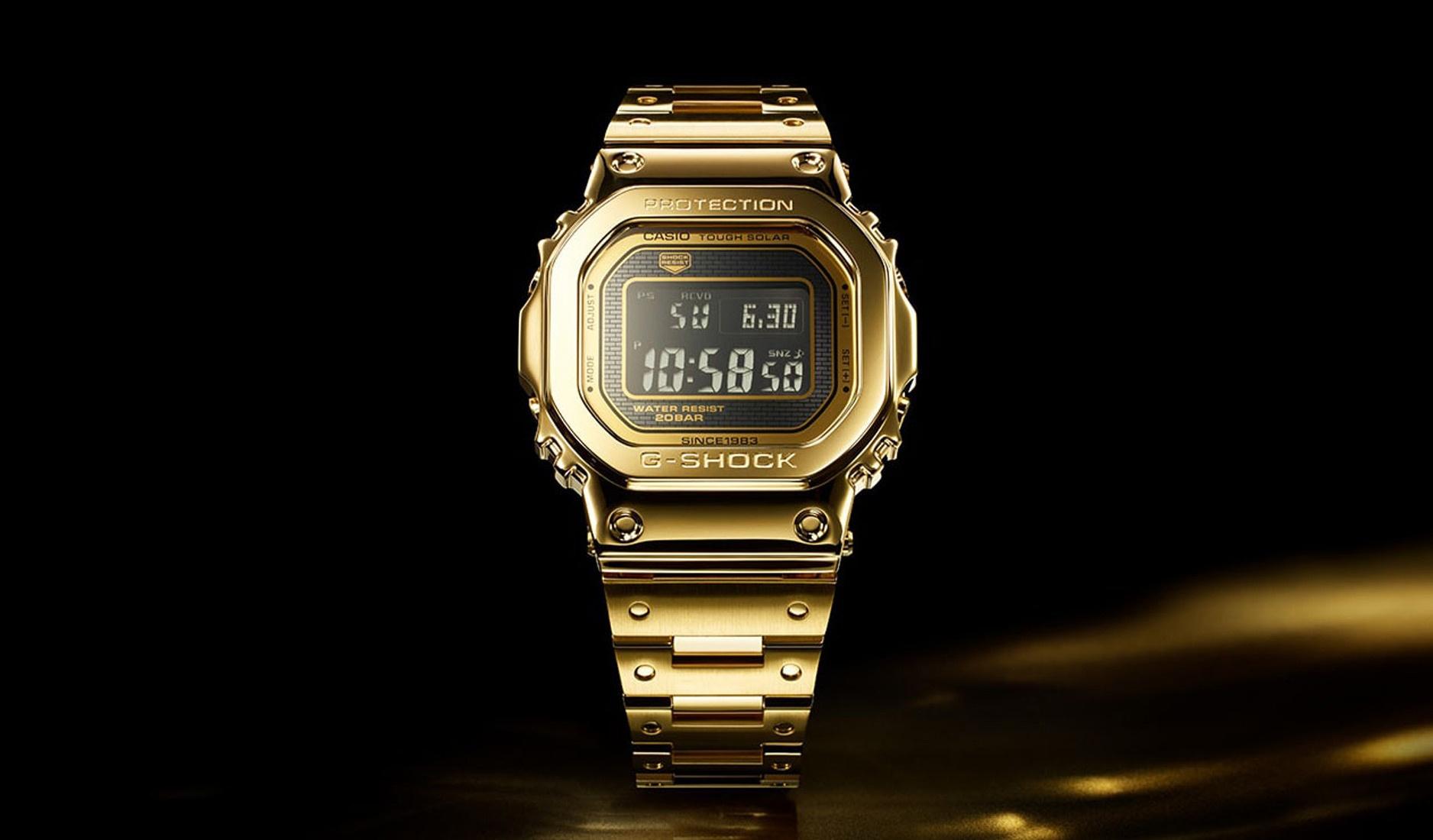 As it was back in 1996 when the first all-metal G-Shock was introduced, the GMW-B5000 was designed to express a more elegant and sophisticated facet of the world’s toughest watch. Taking the vision seriously, the folks at Casio introduced the G-D5000-9JR together with the launch of the GMW series in 2018. Priced at approximately US$69,500, the watch is similar to the steel and gold-plated GMW brethren, except that the case and bracelet is made entirely in 18K yellow gold.

AND IT’S ONLY JUST BEGUN
Soon after introducing the GMW-B5000D-1 and GMW-B5000TFG-9, Casio followed up with a range of GMW-B5000s that span new metal cases to new material combinations. 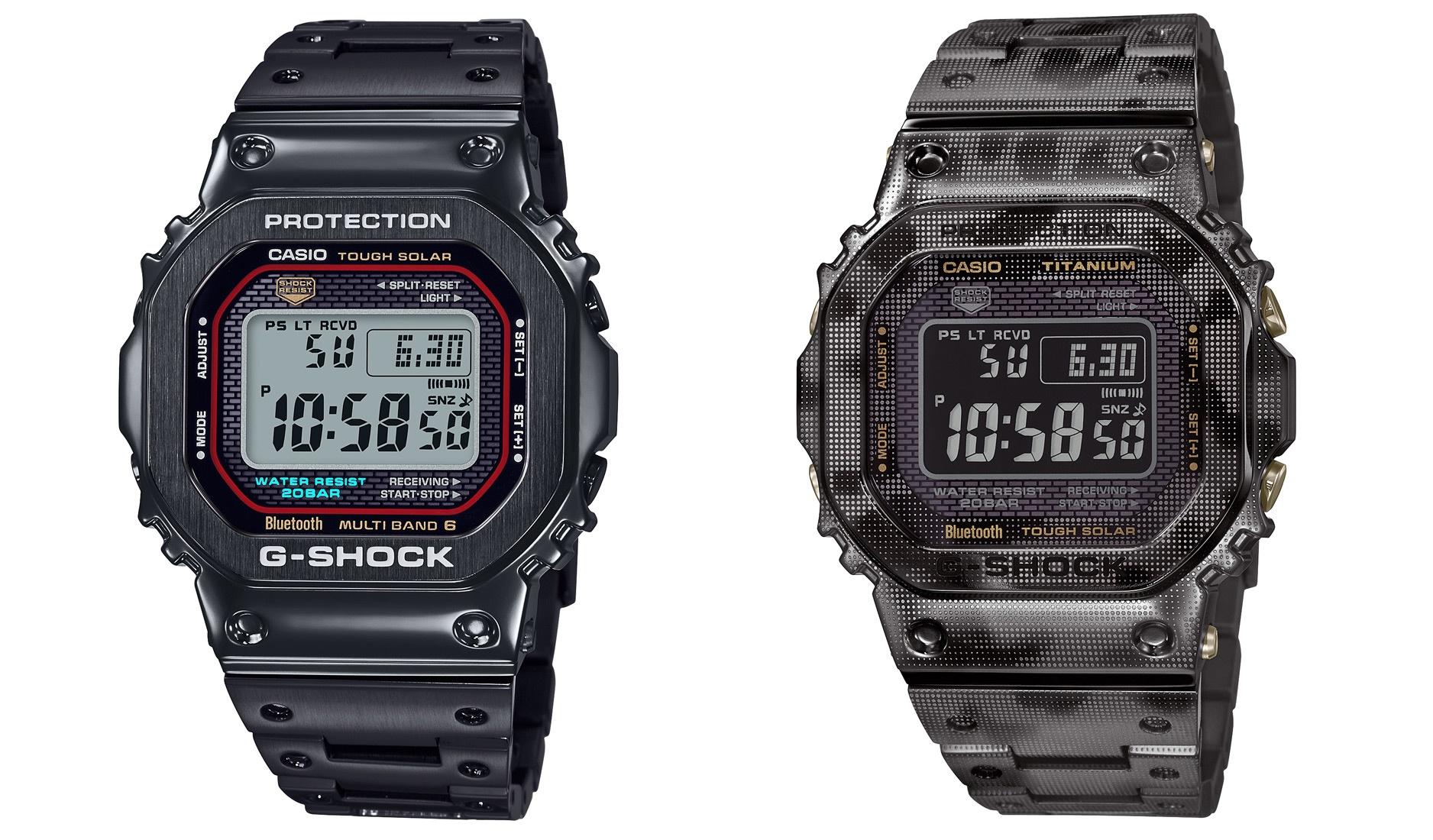 Fans are treated to limited editions like the GMW-B5000TB-1JR and GMW-B5000TCM-1JR featuring titanium cases and bracelets (with black DLC coating, and laser engraved camouflage black DLC coating, respectively), as well as more affordable options like the GMW-B5000G series (below), which come in a combination of metal bezels and resin bands. With more new iterations to come in 2020 and beyond, Casio sure is, ahem, putting pedal to the metal with the GMW-B5000 collection. 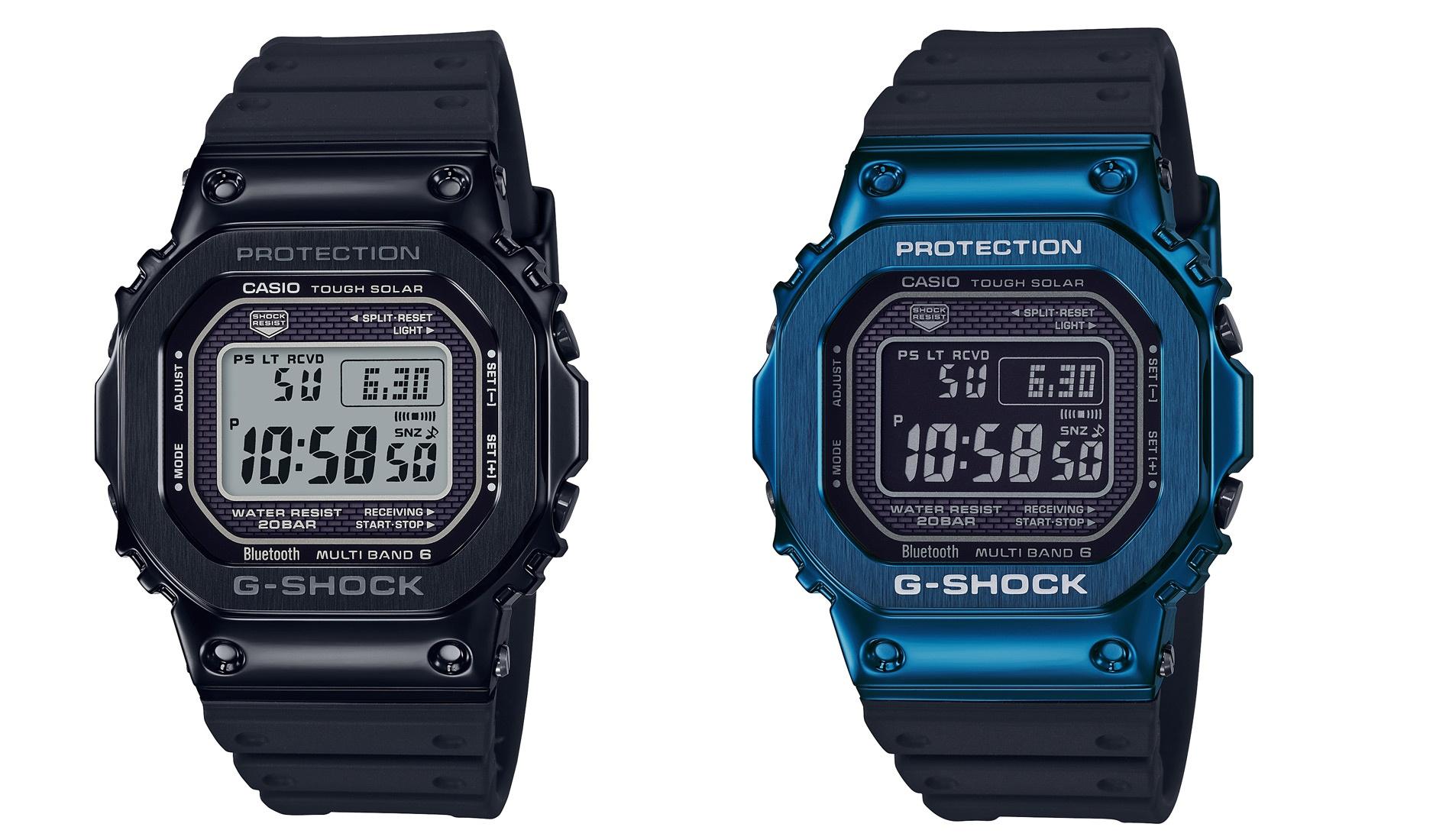