Singaporean men of all ilk would be familiar with the evolution of the country’s military camouflage styles over the decades, from solid olive to woodlands patterned to the current pixelated look. Perhaps then, we shouldn’t be too surprised that Casio G-Shock is also opting to move with the times with its camouflage designs. 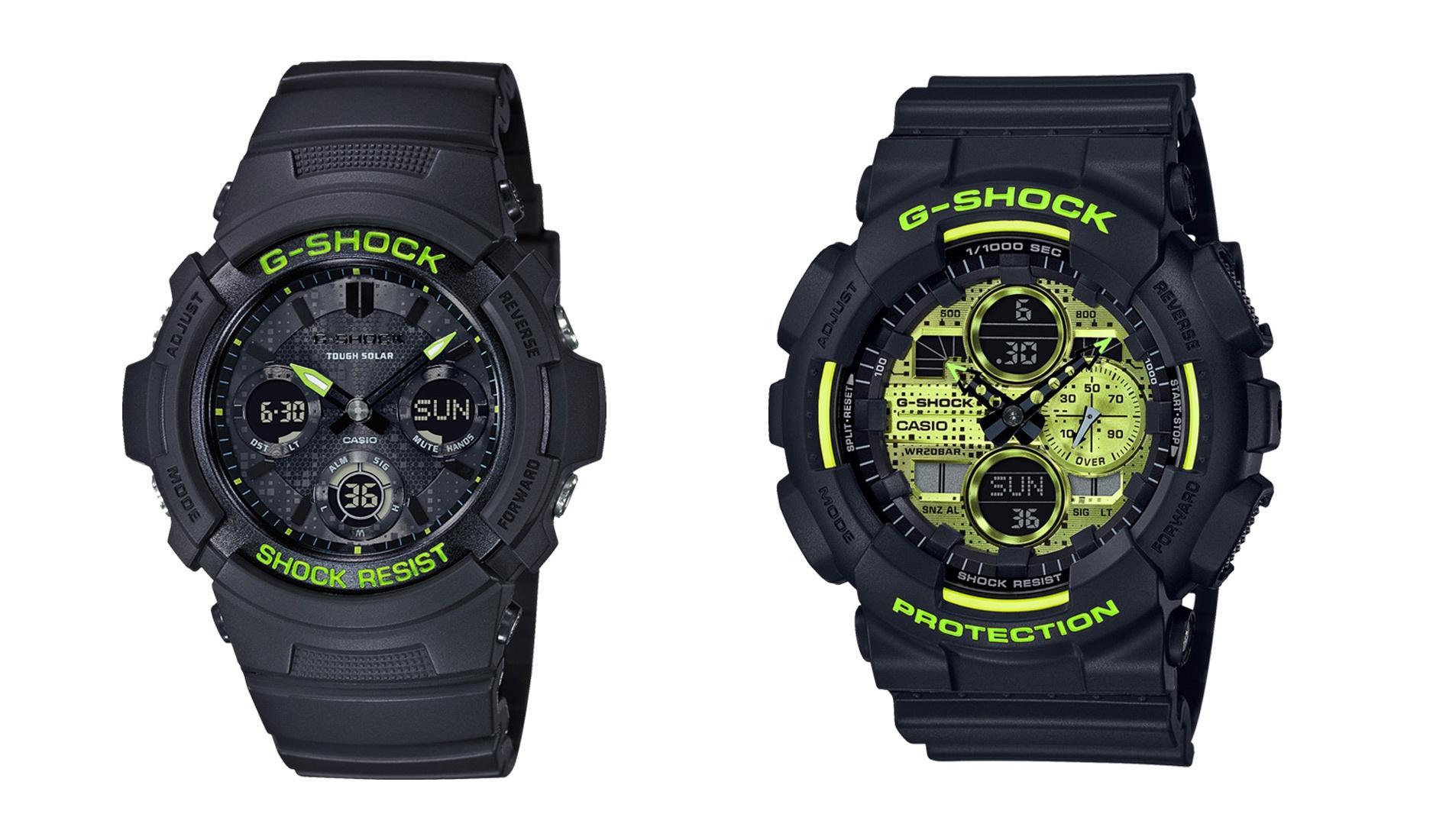 The five new models in the brand’s Digital Camouflage Series rock pixelated patterns on the metallic layers on the dials. With the watches sporting black resin cases and straps, contrasted by neon yellow hands and logos, the digital camouflage patterns, executed in shades of grey or yellow, meld inconspicuously with the general aesthetic. Appearing prominent while not overwhelmingly so, in order to ensure legibility, the digital camouflage designs also evoke a retro vibe, which Casio describes as an ‘8-bit’ look. 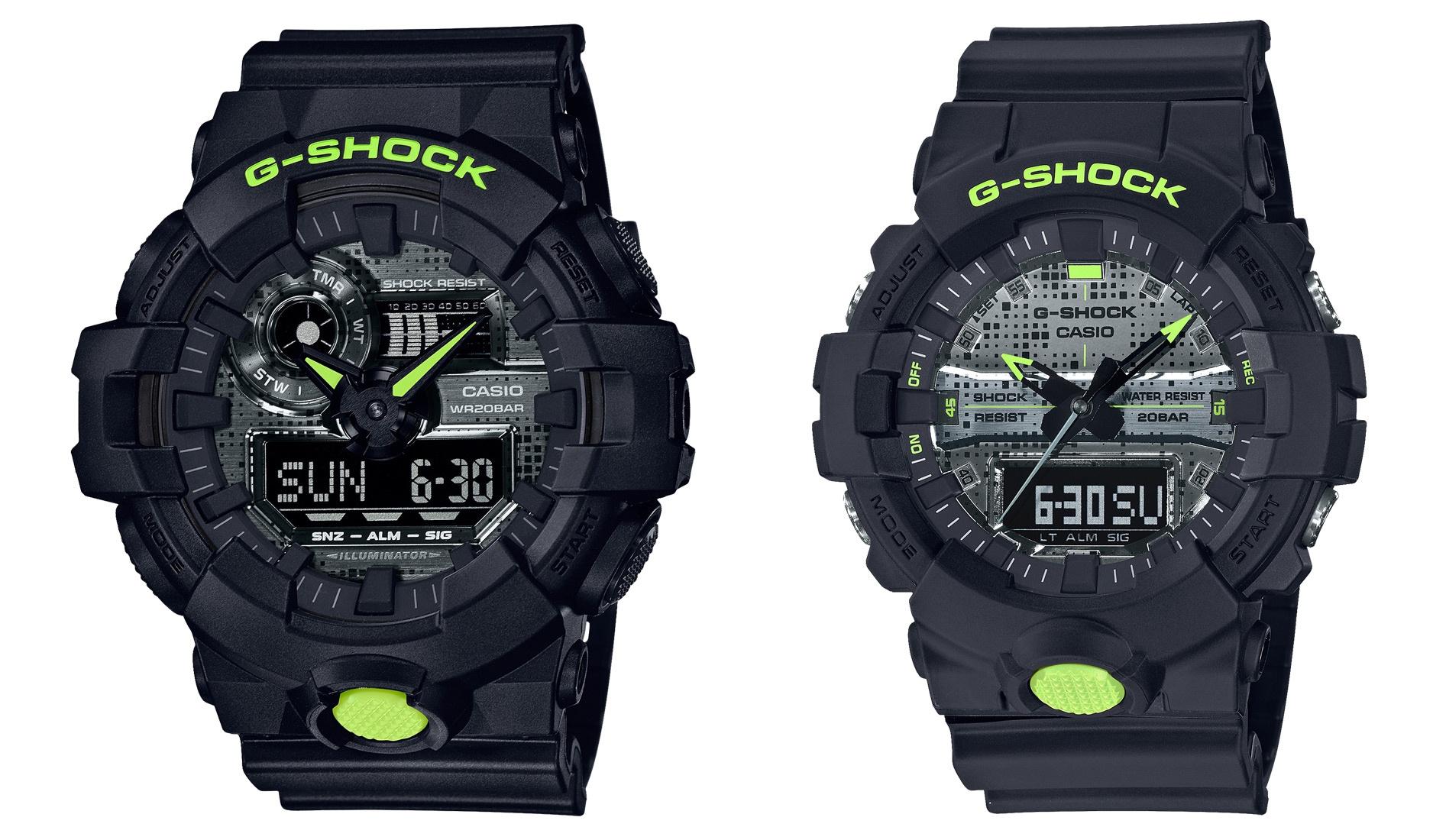 Boasting hefty dimensions, the four digital-analogue models will certainly appeal to those after a rough-and-ready G-Shock. The hulking G-Shock GA-700DC-1A with grey camouflage dial would be especially enticing if so, flaunting a chunky 57.5mm case. But if one wishes to really stand out with the new look, the G-Shock GA-140DC-1A with yellow camouflage dial is the one to check out. For us, though, our hearts belong to the GW-B5600DC-1, with design that takes after the original DW-5000C. The combination of black with bright yellow, and grey pixelated patterns, endow the watch with a look that is old-school and futuristic all at once. 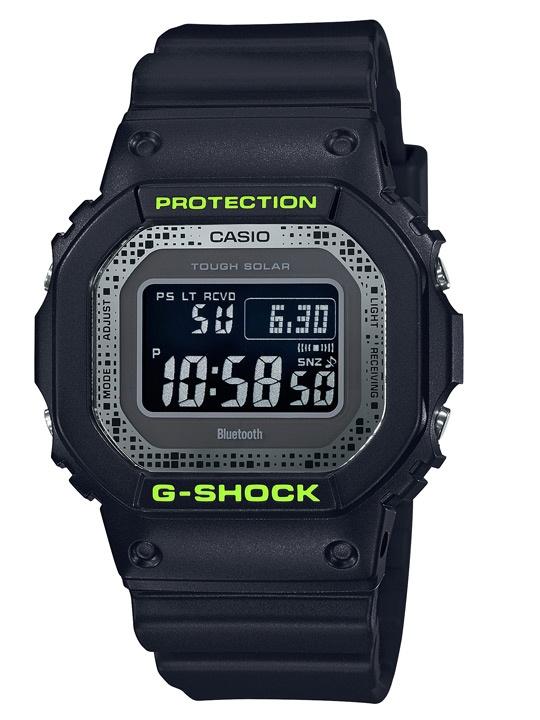