Take your pick between Honda Racing and Tom’s Racing. 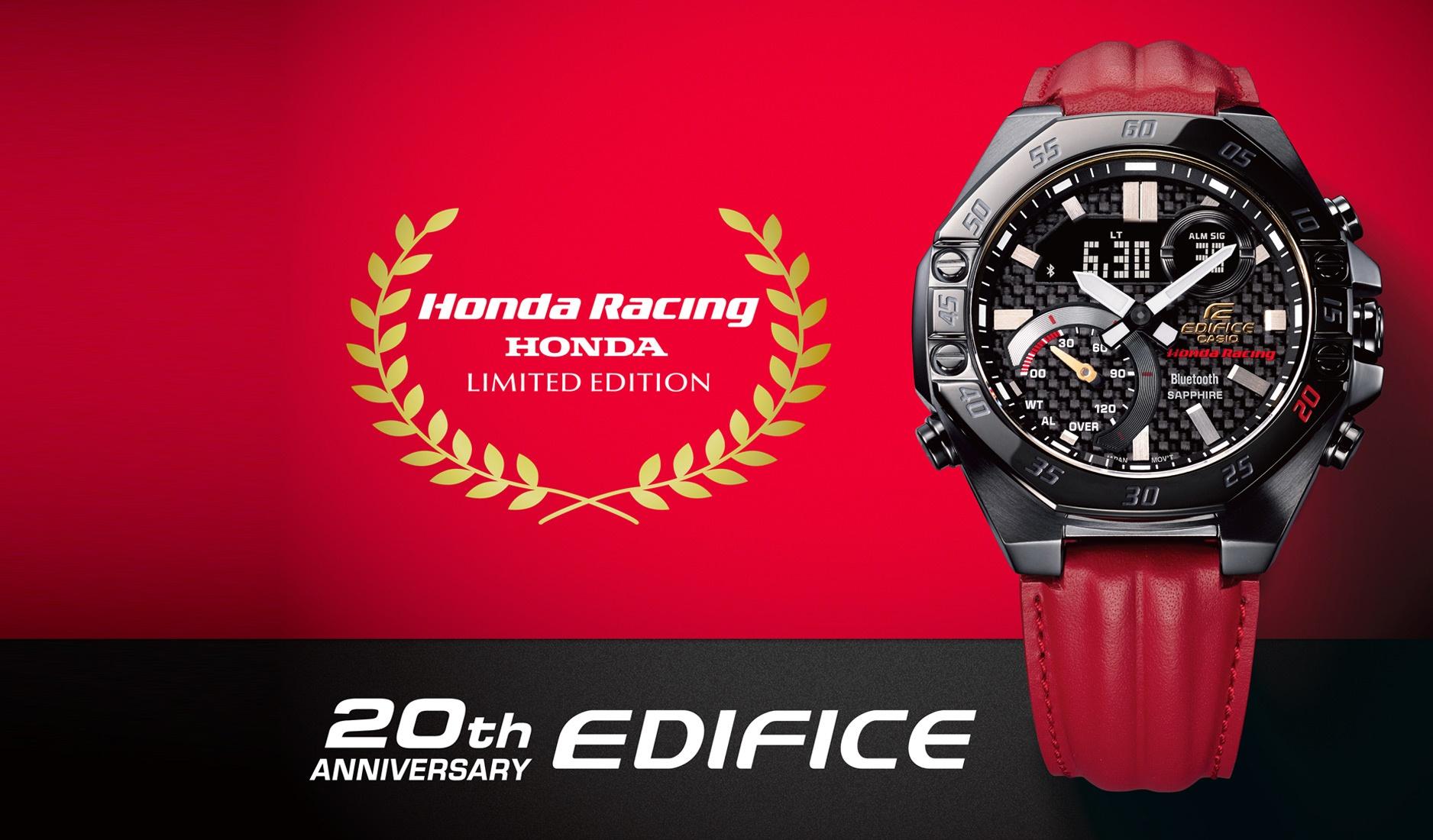 Casio Edifice, a line known for packing a lot of value-for-money tech in its sports-inspired tickers, has just launched two race team-inspired editions on the occasion of its 20th anniversary this year.

Based on the ECB-10 series of motorsports-inspired digital-analogue chronographs, both models are loaded with Edifice’s trademark tech that include standard features such as 39-city world time display, multiple alarm functionality and stop watch, as well as Edifice’s famous Bluetooth connectivity that allows you to link the watch to an app via your mobile phone to activate the myriad timekeeping features. But the stuff that will have motor racing fans’ hearts racing, however, are the watches’ sexy aesthetics that reference race car components and the respective teams’ colours. 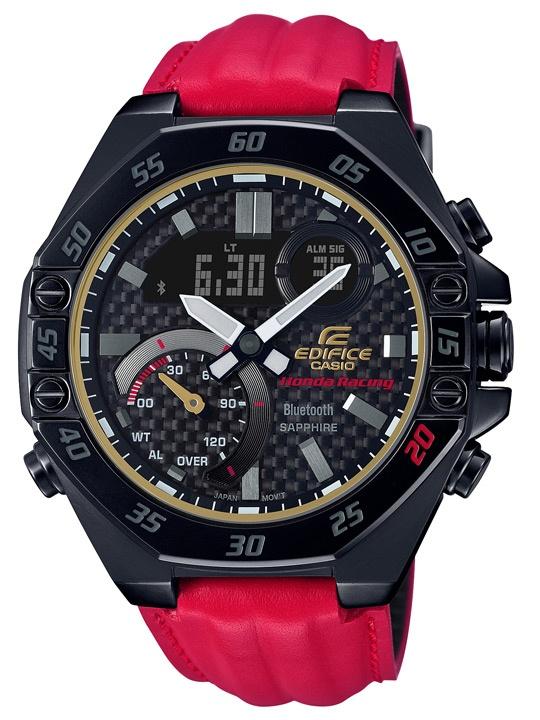 The collaboration with Honda Racing, the ECB-10HR-1A, is Casio Edifice’s third watch partnership with the racing team, the previous two versions hailing from the round-cased EQB-1000 series.

Like before, hat-doffs to the tie-up abound on the watch. The latest version comes clad in a glossy black carbon case and fiery red strap, the same colours worn by the Honda Racing crew. Elsewhere, the octagonal bezel is etched with a red number ‘20’, while gold-coloured accents pepper the inner flange, stop watch hand and Edifice logo, to commemorate the line’s 20th anniversary. 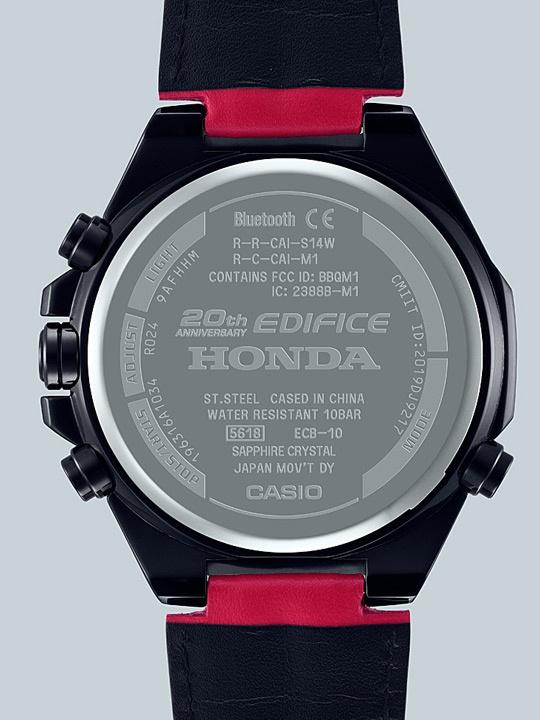 Honda Racing’s presence is also writ large all over the watch, its team logo occupying prime real estate on the carbon fibre dial, case back, as well as on the special presentation box.

The Edifice Tom’s Racing edition (ECB-10TMS), on the other hand, rocks monochromatic cool in its all-black case and tyre-patterned rubber strap. 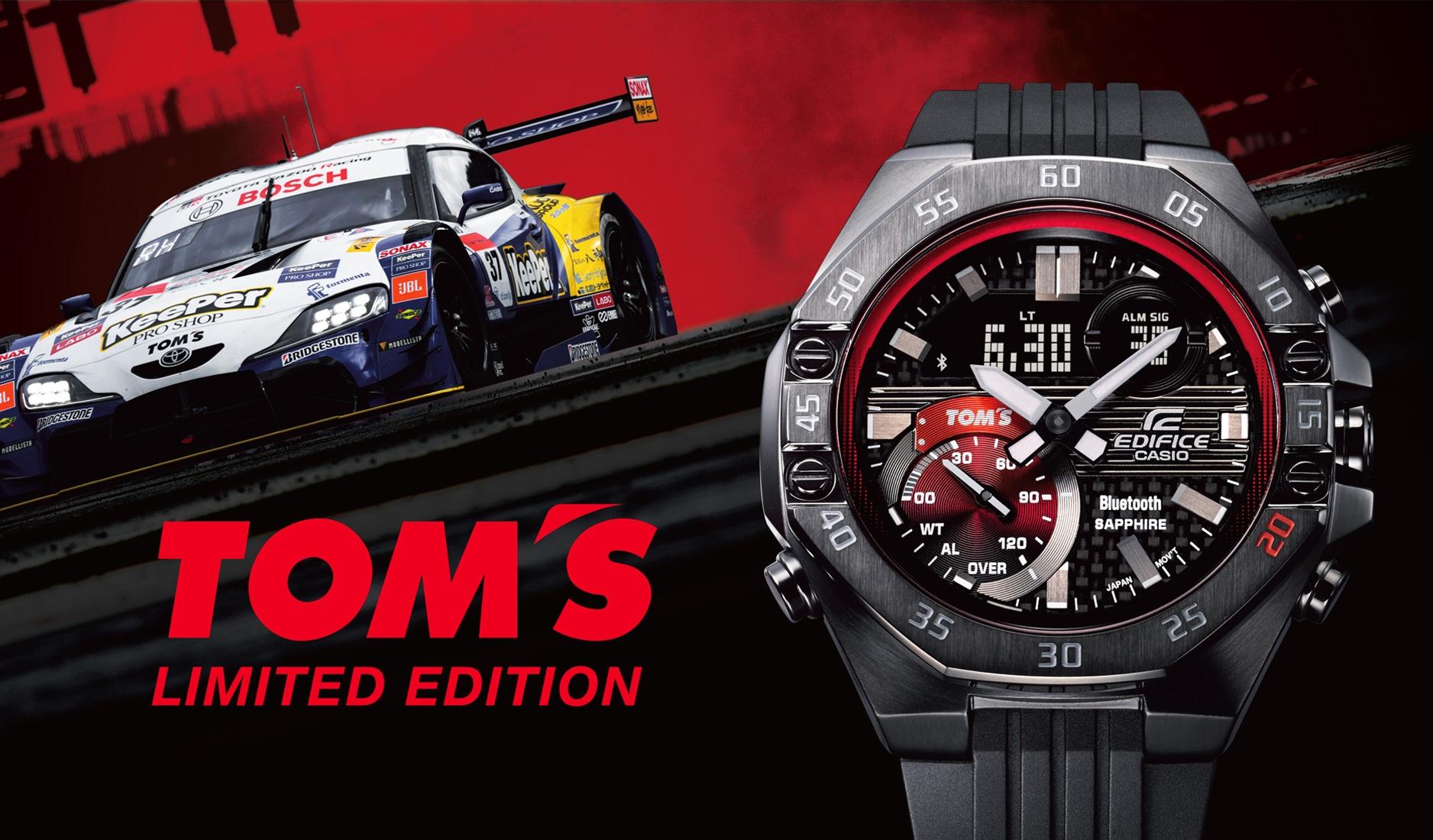 We especially love the discreet but cleverly executed accents that reference Tom Racing’s Mount Fuji-inspired logo, such as the gradated red-and-black inner dial flange, and the team logo itself on the inset dial ring, designed to resemble a brake disc caliper. And as it is with the Honda Racing ECB-10HR-1A, the bezel sports a red ‘20’ in tribute of Edifice’s 20th birthday. 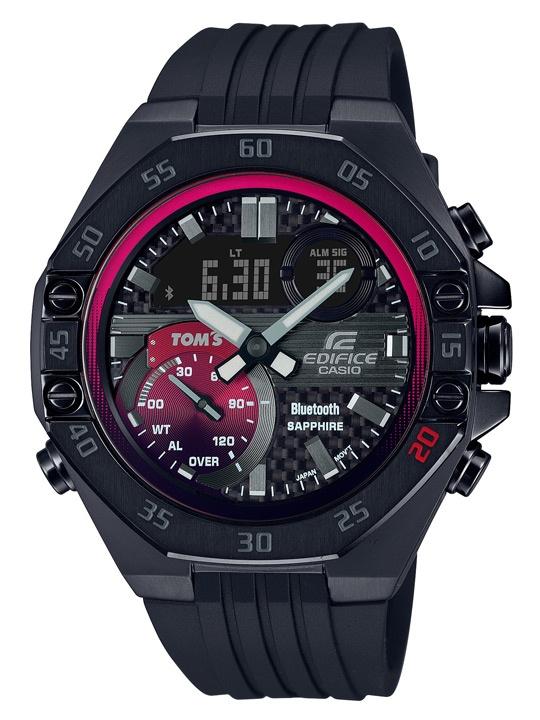 With the appetites of Edifice-loving motor racing fans stated for now, perhaps it would be opportune for Casio to release similar 20th anniversary commemorative editions for dressier lines such as the regular EQB-1000 or ESR-S107 series?