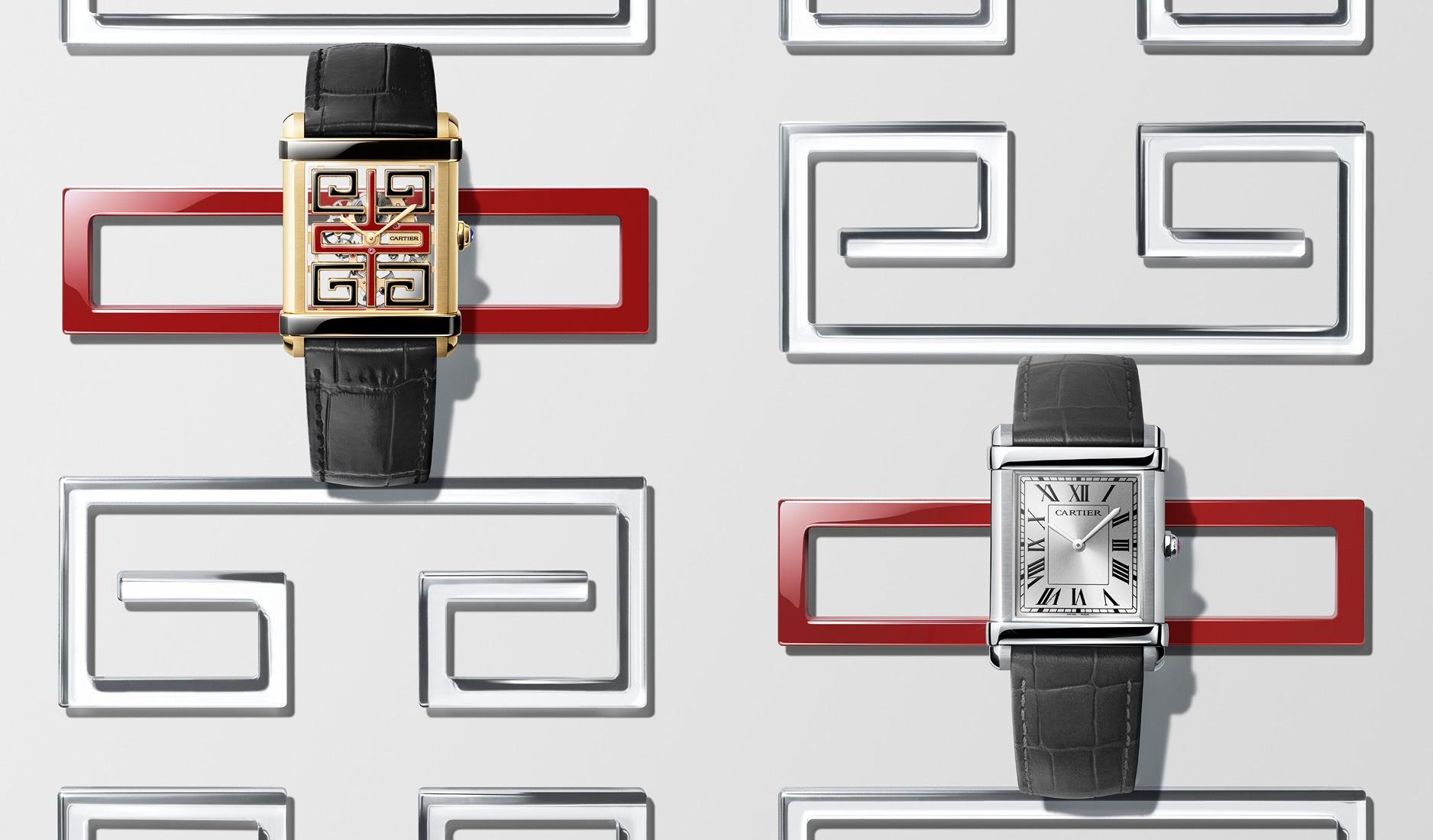 Recently, a friend asked if I could recommend a nice watch for his wife. Model husband that he is, he wanted to gift her a beautiful timepiece and had been searching high and low for a particular model that was, unfortunately, out of stock everywhere.

I asked if he would consider something outside of the brand that he had his eye on and suggested he take a look at the marque that’s been knocking it out of the park the past couple of years, promptly directing him to one of my favourite collections, the Cartier Tank. Said friend admitted he didn’t know much about Cartier but was happy to explore.

As I’m writing this, I don’t know if he eventually ended up purchasing a Cartier watch, but he did reveal a few pieces caught his eye. That, to me, speaks volumes about the appeal of Cartier—slightly under the radar for the layman who tends to recognise only the big Swiss names, but once an introduction is made, it is always a pleasant epiphany.

Cartier’s beginnings go all the way back to 1847 when Louis-François Cartier took over his master’s workshop in Paris and started the Maison Cartier. The Maison’s first wristwatch, the Santos, was created in 1904, followed by a watch in diamond and onyx with a panther motif in 1914. Three years later, the Tank was created and later launched in 1919.

Loved for its classic design, sleek lines and unisex appeal, the Tank soon got its own variation in 1922. Louis Cartier’s affection for the arts and culture meant he often incorporated such elements in the precious objects made by the Maison. In particular, Chinese iconography found its way into Cartier’s jewellery, clocks and even powder compacts. Naturally, it would eventually inspire a new timepiece—the Tank Chinoise.

Created in 1922, the Tank Chinoise took reference from the porticos of Chinese temples and brought the symmetry into the new square timepiece, with horizontal bars placed atop vertical bars. It retained the elegant Roman numerals and railroad minute track, as well as the signature blued steel Breguet hands of the time.

This year, the Tank Chinoise celebrates its centenary in style with three new precious metal versions and three stunning skeleton models. It’s especially exciting since the last time we saw a refreshed Tank Chinoise was almost two decades ago, in 2004. While that Tank Chinoise kept to the square case of the original, the new 2022 versions look closer to the rectangular Tank profile.

Debuting under the umbrella of Cartier Privé—a collection which celebrates the Maison’s most iconic models and shapes—the Tank Chinoise follows five icons before it: the Crash, Tank Cintrée, Tonneau, Tank Asymétrique and Cloche de Cartier. 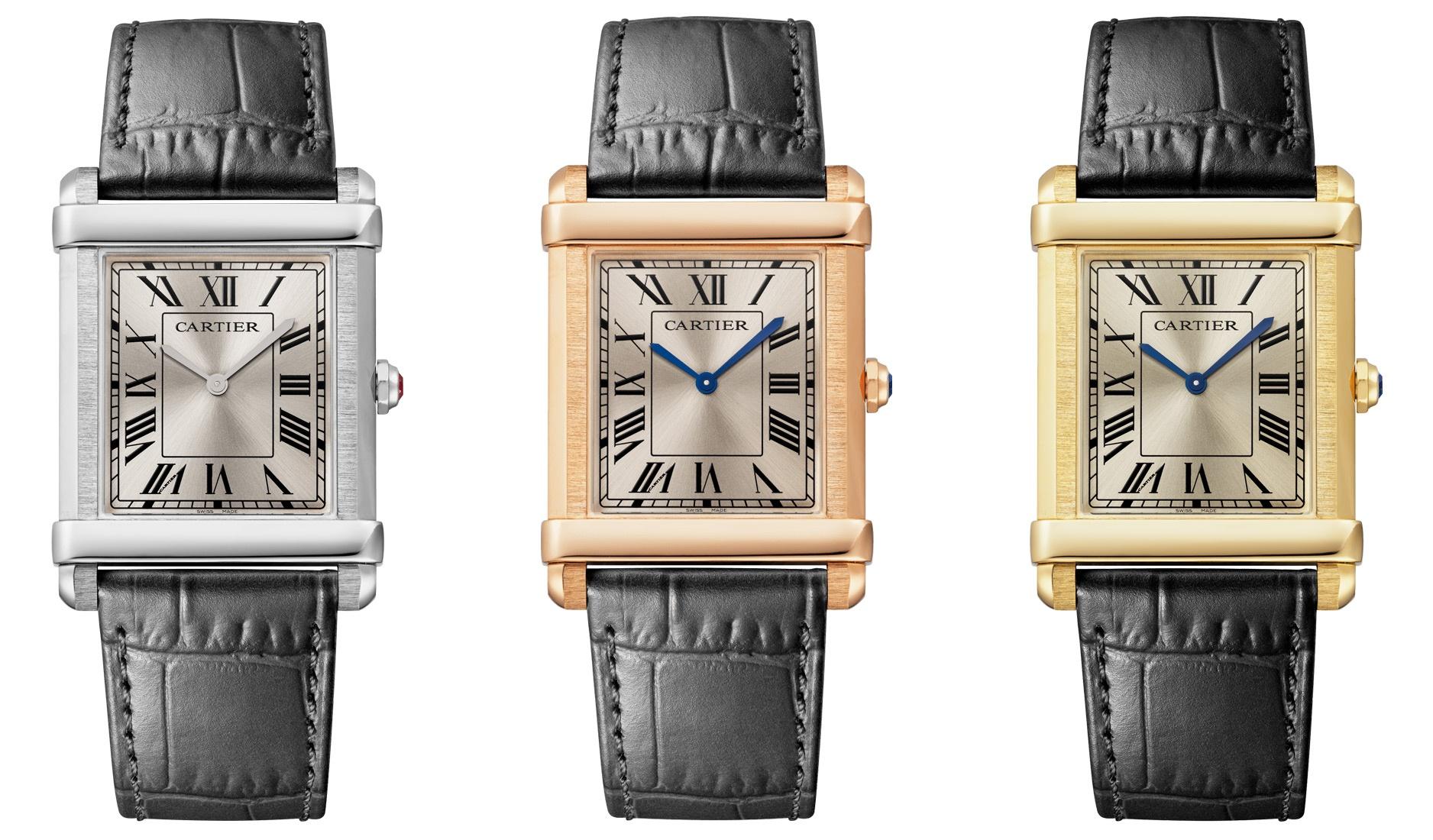 The versions in precious metals run on the Calibre 430 MC, which Cartier calls the Maison’s “finest mechanical movement” currently. Each model in yellow gold, pink gold and platinum is available in the ‘large’ size of 39.49mm x 29.2mm and limited to 150 pieces. The gold versions feature a facetted sapphire cabochon on the crown while the platinum version uses a ruby instead.

For a classic elegant aesthetic, the yellow gold version is paired with a semi-matte black alligator leather strap. Offering a more contemporary look, the pink gold and platinum models come in a semi-matte grey alligator strap. At 39.49mm, the watches sit very nicely on the wrist, even for ladies, proving once again the unisex appeal of the Tank family. 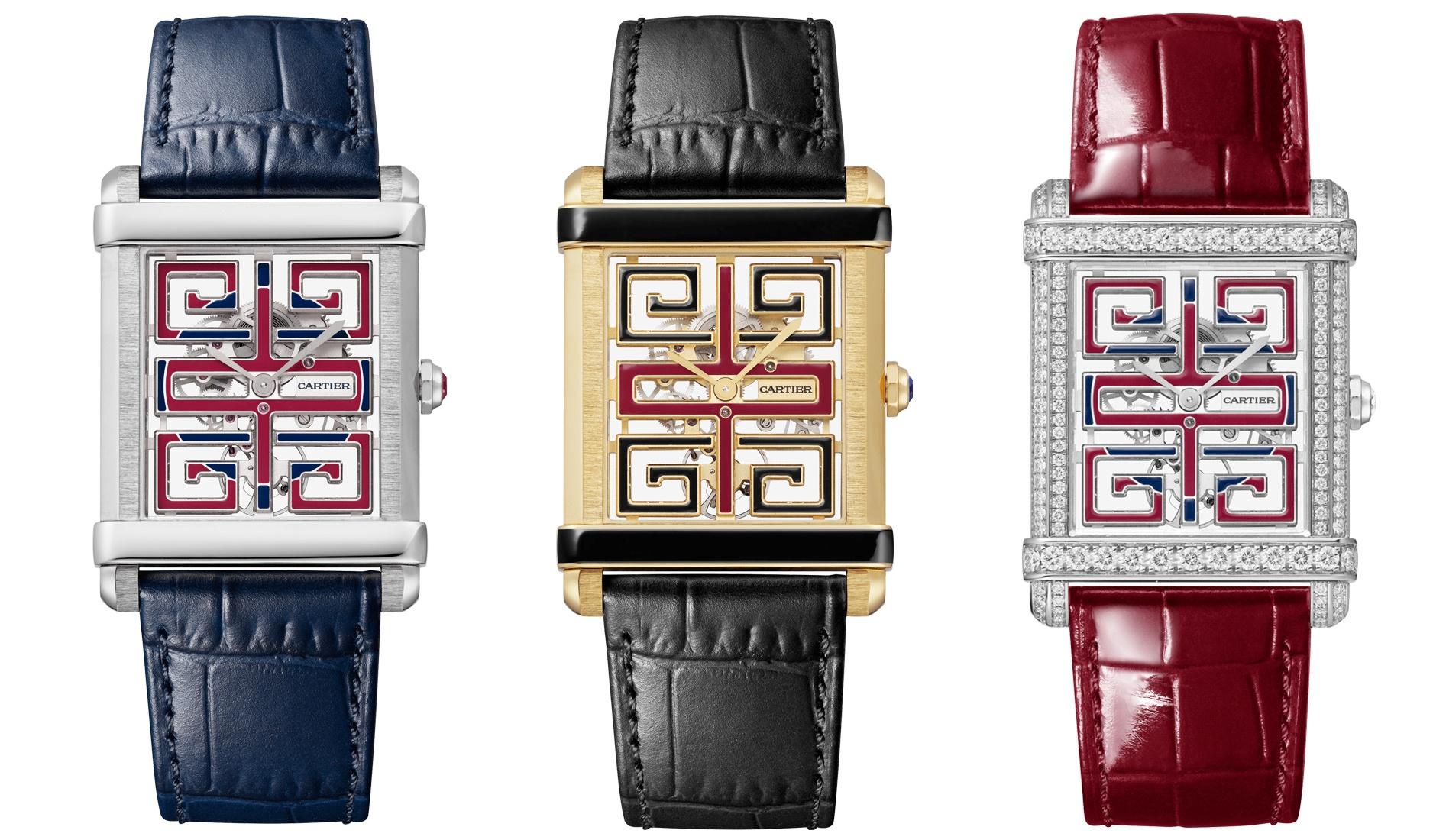 Clothed in yellow gold or platinum, the skeleton versions employ a design characteristic of the patterns you’d find on traditional Chinese windows, making the motif perfect for an openworked dial. While the motif is lacquered in red and black for all three versions, the yellow gold model features additional black lacquer across the horizontal bars.

Coming from this part of the world, it’s nice to see a small aspect of Asian culture represented so overtly in a French luxury brand. Without delving into politics, there’s been an ostensible rise in negative attitudes towards the East and, while Asia is home to many more cultures than just the Chinese, this little hat doff here is heartwarming to say the least. That watches can be part of a conversation, and even make a difference in attitudes and mindsets, is both precious and powerful—an encouraging sign of how horology is, perhaps, bigger than just watches.