A playful and thought-provoking technical complication from Cartier.

If we were to be archaic about categorising watches, the new Cartier Masse Mystérieuse would not qualify as a complication. For far too long, we (and that includes yours truly) have been conditioned to define a complication as a watch that does something more than tell the time. It could be a 'minor' complication such as a date display, or something technically extravagant like a tourbillon or minute repeater. While the Cartier Masse Mystérieuse tells only the time, one would know at first glance that this is no ordinary watch. 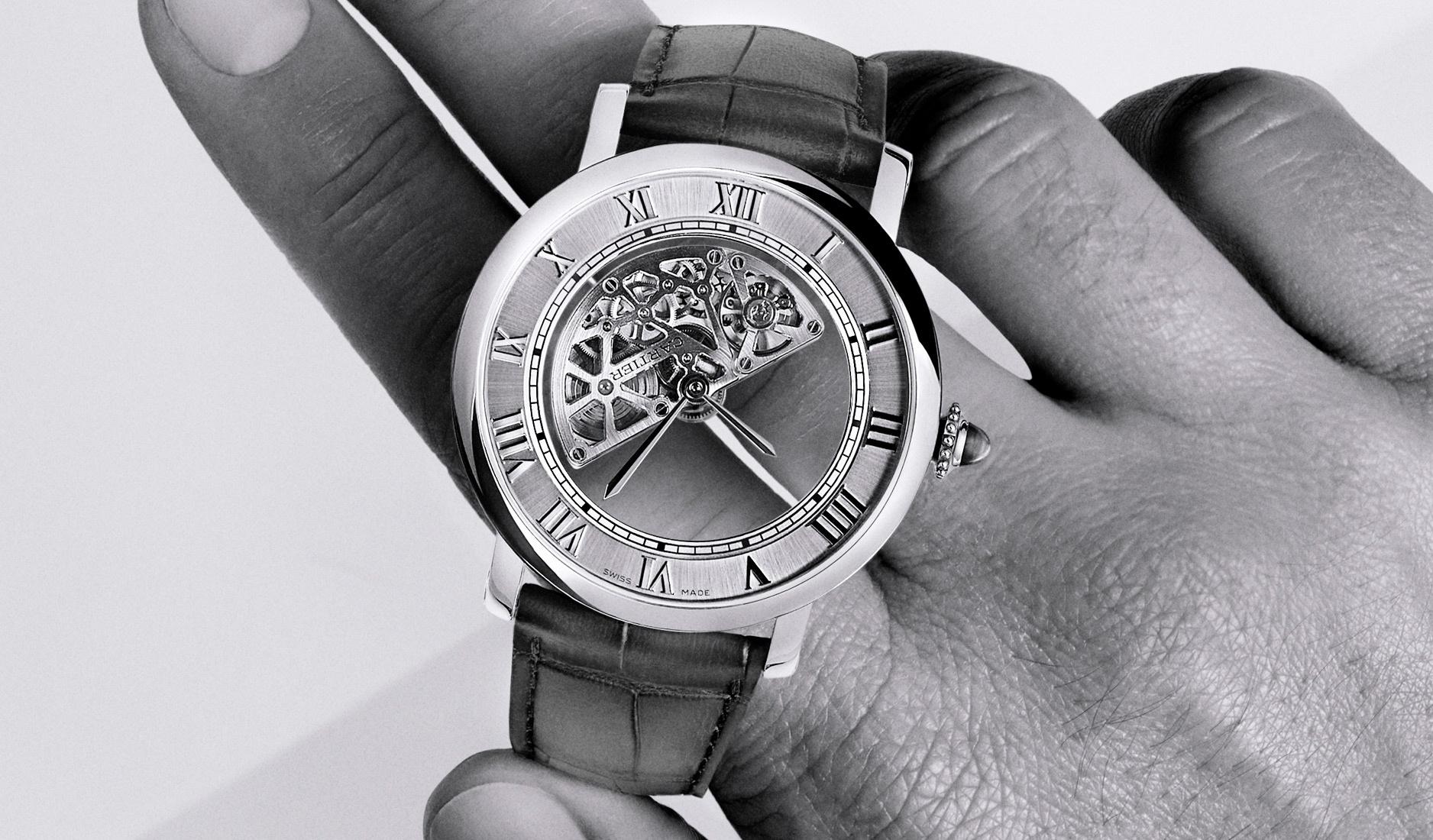 In fact, given the level of mechanical sophistication, creativity and technical know-how required for the conception and construction of the Cartier Masse Mystérieuse, we’d even venture to proclaim this a bona fide horological complication. The name itself tells you what you need to know about its premise: Masse Mystérieuse - an enigmatic, mechanical mass that magically squeezes the watch’s entire movement in the semi-circle shape of a rotor (also known as an oscillating mass), leaving the other half of the watch empty, and also – get this – swings just like you’d expect a rotor to.

Housed in 43.5mm platinum with diamond-set options, the Masse Mystérieuse amalgamates two of Cartier’s horological signatures in a single wristwatch – skeletonised movement decoration, and ‘mystery’ time display inspired by the Maison’s famous Mystery Clocks that indicate the time with hands that appear to float in a vacuum. A technical feat that took eight years to develop, including a total of seven prototypes of the movement itself, the Masse Mystérieuse has been hailed by Cartier as one of its most technically complex creations.

The star of the show is, of course, the in-house Calibre 9801 MC. A combination of kinetic mechanical art and innovative micro-engineering, the movement packs all its components into a semi-circular housing and lays them bare for the wearer to admire. 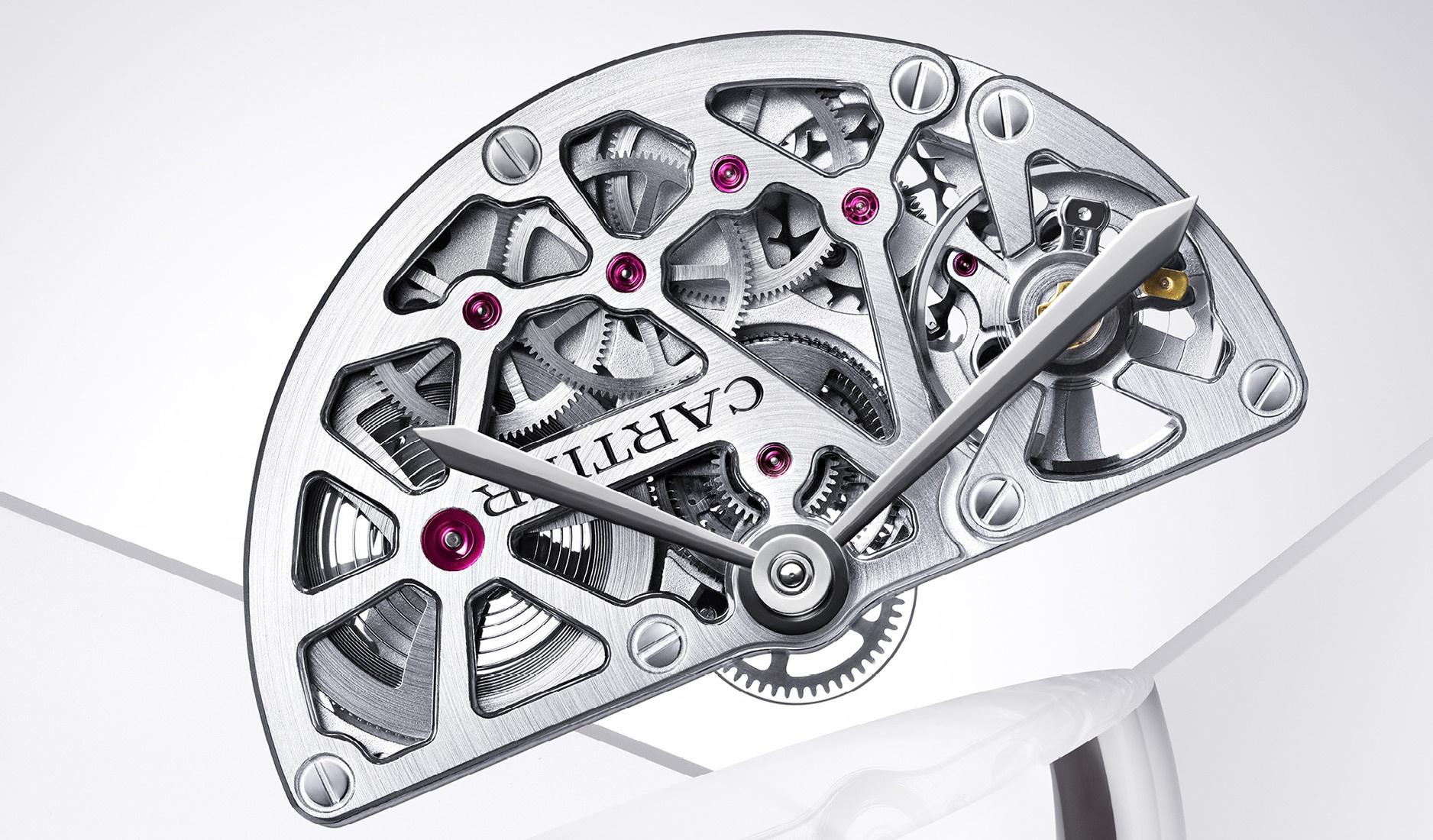 Unlike a regular movement with a flat, circular baseplate, here, the going train, interlocking wheels and gears, and the whirling balance within the escapement, move en masse (excuse the pun) within the rotor-shaped housing; swinging in tandem with the wearer’s wrist while performing  timekeeping duties from energy transmission to rate regulation.

In spite of the movement's mechanical drama, its precision isn’t sacrificed for ostentation. For one, it features a unique construction to ensure that the balance wheel – the component that orchestrates the heartbeat of the watch – always remains at the same vertical position. Meantime, the hour and minute hands appear to float in space. In reality, they are connected to the movement via a sophisticated differential system that is said to be inspired by those used in the automotive industry. 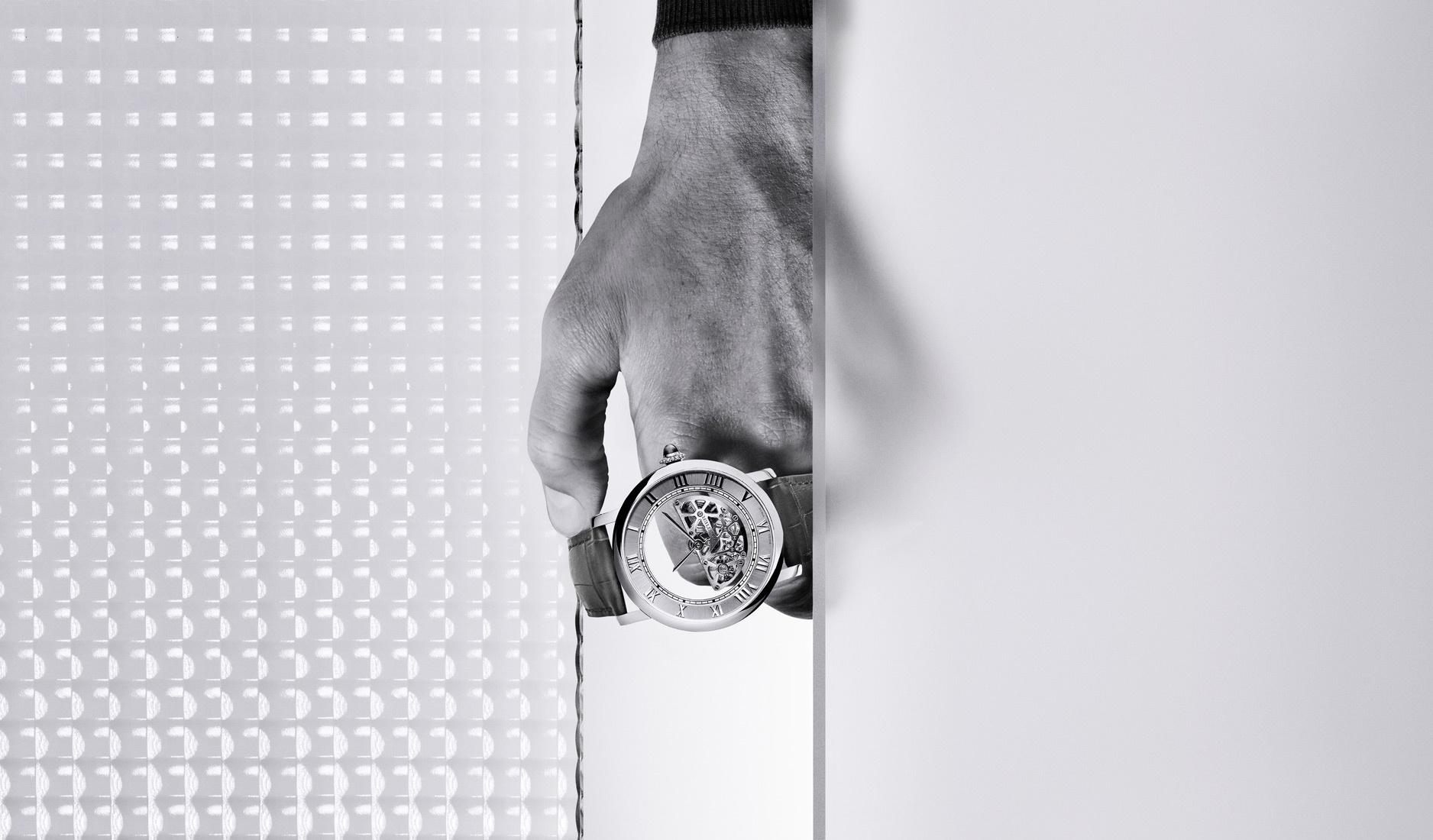 The entire technical undertaking that gives the illusion of space and weightlessness is made possible by Cartier’s clever use of multi-layered sapphire discs. Besides the two sapphire discs on the upper dial and caseback, are four separate discs – one each to hold the hour hand, the minute hand, the movement, and a fixed wheel around which the movement rotates.

Yet, understanding how the Masse Mystérieuse work will never negate the surprise and wonder when you encounter it in the flesh. Conceptually, architecturally and visually, this watch is a mind-boggling experience that stops you in your tracks and makes you wonder just how it is supposed to work. For any watch geek worth his salt, this is a very, very good thing. 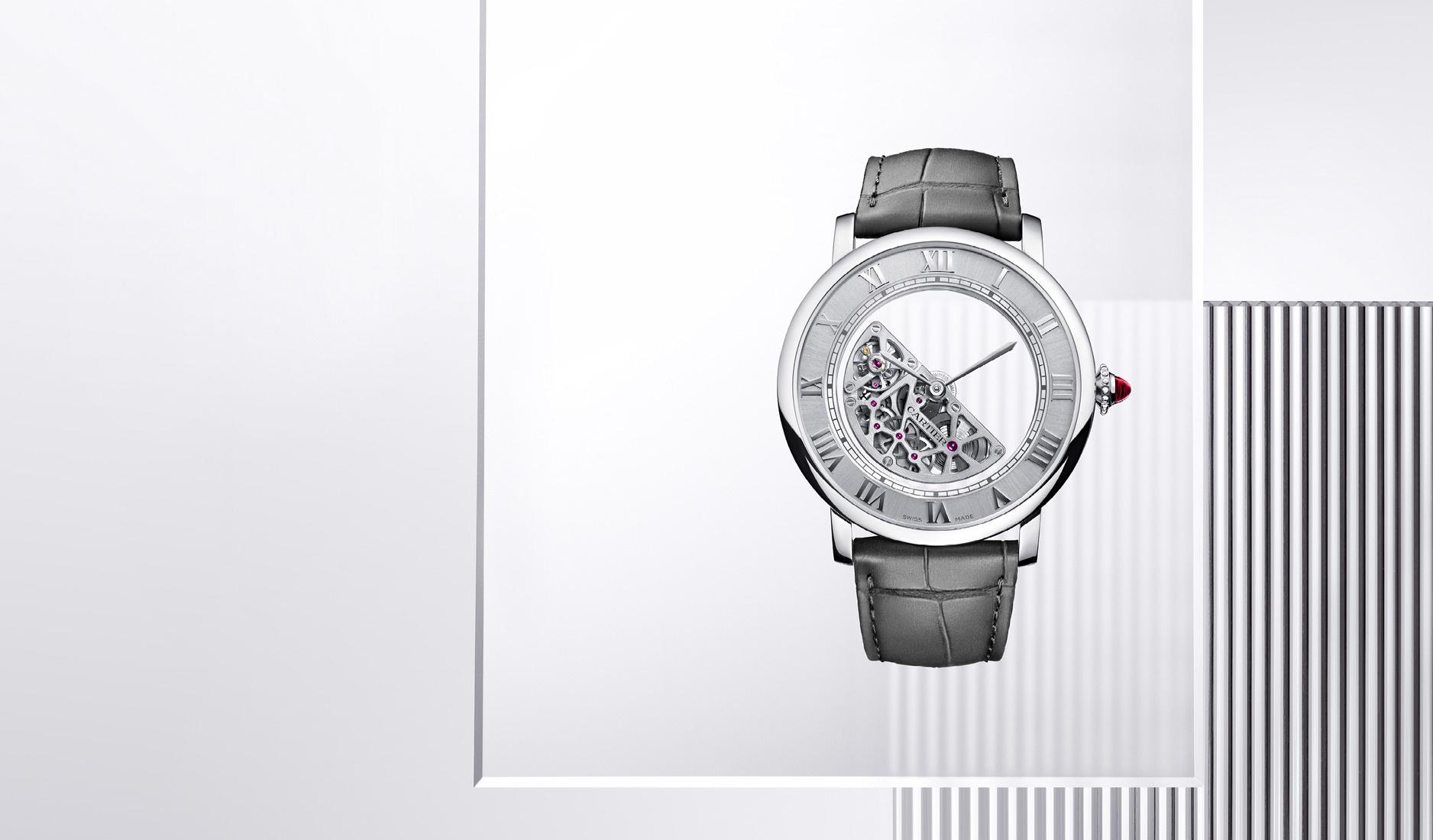