Cartier's being a good sport. 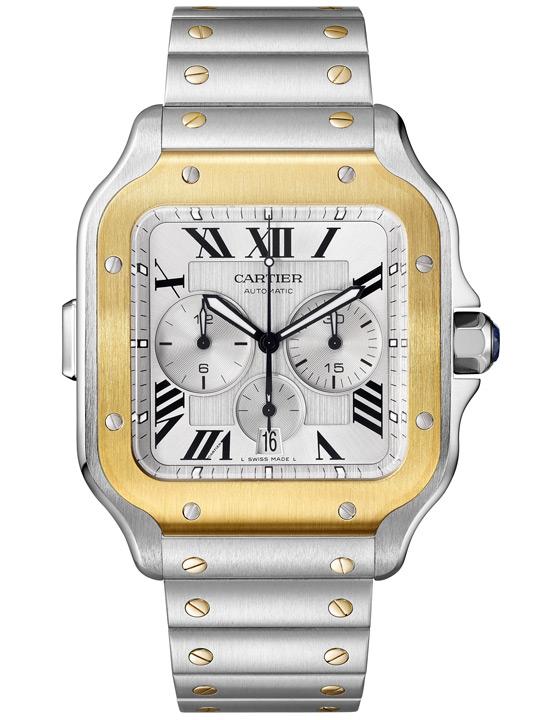 The past year for Cartier has been all about its Santos de Cartier collection, and rightly so. After all, the Santos was Cartier’s bestselling men’s watch in 2018, following the line’s reintroduction since its abrupt discontinuation in 2016.

At this year’s Salon International de la Haute Horlogerie (SIHH) in Geneva, Cartier further bumped up the collection with a new Santos-Dumont line, a luminous skeleton version and a chronograph.

Although it’s not the first time the Santos has been outfitted with a chronograph module, this year’s edition is interesting for a number of reasons. 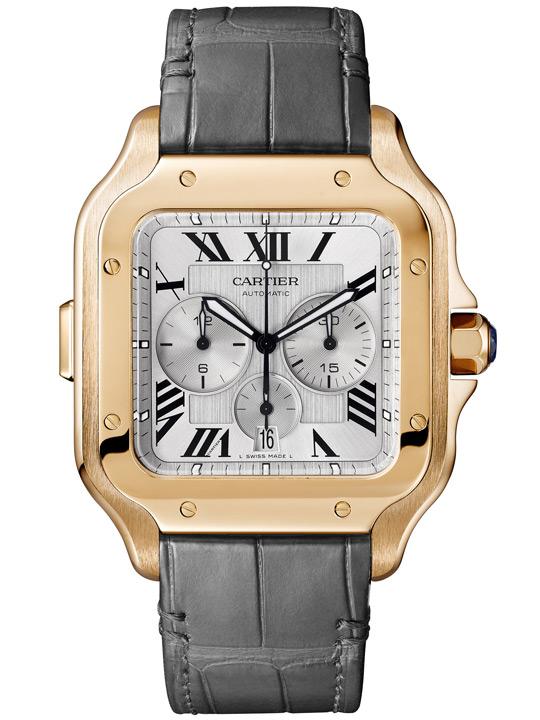 At first glance, the new Santos de Cartier Chronograph may look like a monopusher model, but it actually isn’t. While the single pusher at nine o’clock is for the start/stop functions, the reset is actually done by pushing down the crown. This ingenious design allows for a more symmetrical look, veering away from the slightly lopsided aesthetic of the previous model where the pushers were on either side of the crown.

Behind this new demeanour is a redesigned calibre based on the movement used in the Calibre de Cartier chronograph. The lighter design of the in-house 1904-CH MC (with column wheel, vertical clutch and linear reset hammer) means the movement in lighter on the whole, making the watch more comfortable on the wrist.

Like the rest of the watches in the Santos de Cartier family, the new chronograph comes in a steel bracelet and alligator leather strap, but there’s also an additional rubber strap which we think is extremely apt for the sporty ticker. It even has ‘links’ and embedded screws to mimic the look of the steel bracelet (below). 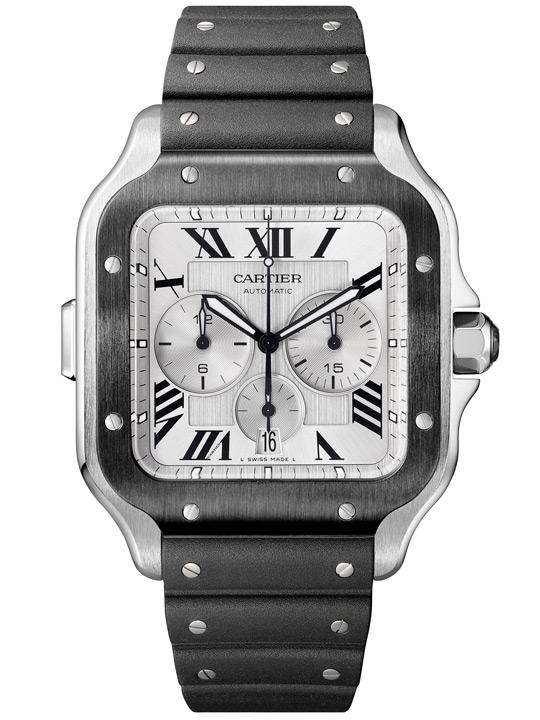 All straps are compatible with Cartier’s QuickSwitch system, which was introduced last year, allowing wearers to change their straps easily without the need for any additional tools. The bracelet is also equipped with the brand’s SmartLink adjustment system that offers seamless removal (or addition) of links for a better fit.

In line with a sportier aesthetic, the chronograph comes in just one size: Extra-large. That’s Cartier-speak for a case measuring 43.3mm x 51.3mm — generous by most standards but not overwhelming for the average male wrist.

If the new additions to the Santos de Cartier line are any indication, it’s safe to say we can expect more augmentations in the years to come. But for now, at least, this year’s collection is a commercial crowd-pleaser.