The irresistible wild child of the Cartier Tank collection. 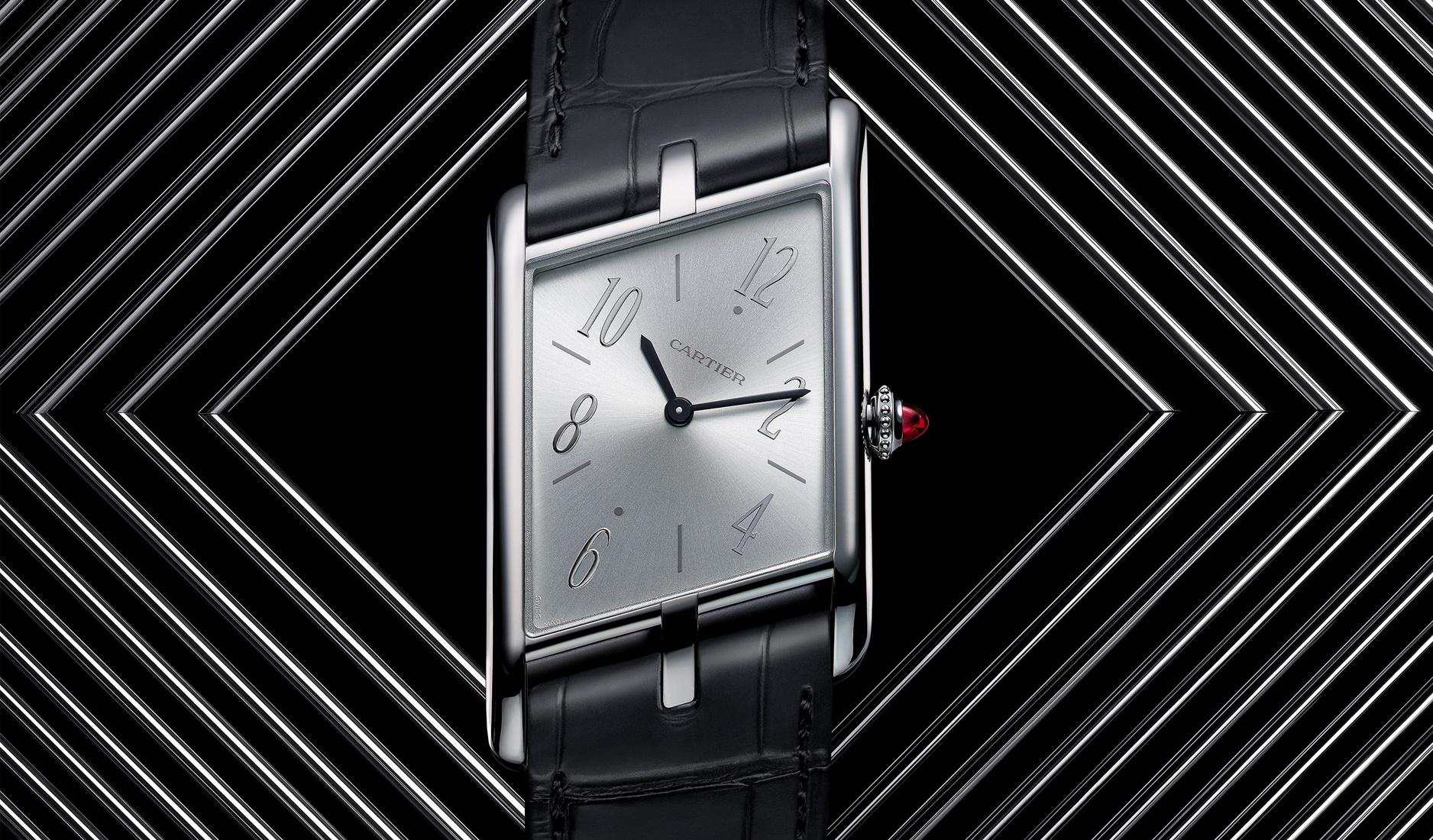 IT BELONGS TO THE CARTIER PRIVÉ COLLECTION
Introduced in 1998 as a platform to celebrate the Maison’s historically important designs, the Collection Privée Cartier Paris (CPCP), as it was known back then, showcased some of Louis Cartier’s most illustrious works, like the Santos-Dumont and Tank Louis Cartier. The CPCP ran for a decade, with an emphasis on classic codes and heritage, before going quiet and then making a comeback in 2017 with a refreshed take on the Crash watch.

Since then, Cartier has been flexing its design muscles with its new Privé collection that reinterprets its signature silhouettes with dynamic flair. The capsule collection reiterates the Maison’s top-notch expertise in this department, with captivating designs that breathe new life into legendary timepieces. Most recently, the Privé collection rolled out new versions of Cartier’s Tank Cintrée, as well as its Tonneau wristwatch from 1906. But the newest star on the block is undoubtedly the mesmerising Tank Asymétrique.

TO PROPERLY APPRECIATE THE TANK ASYMÉTRIQUE, ONE MUST FIRST LOOK AT ITS FOREBEAR, THE TANK 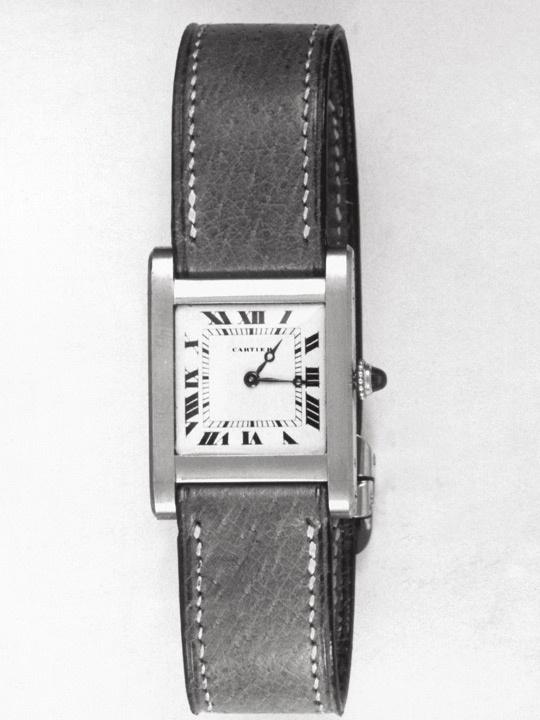 The original Tank wristwatch from 1917

Devised in 1917, the Tank was the product of Louis Cartier going against convention to deliver a rectangular watch when everyone else was wearing round watches. Fashioned after the shape of army tanks in WWI, the watch quickly developed a large and illustrious following. The likes of Andy Warhol, Jackie O, Princess Diana and Truman Capote were avid fans. Over the years, the popularity of the Tank has seen steady growth with no hint of it abating any time soon. So, it’s not at all surprising, then, that Cartier would choose to reimagine another Tank model for the modern era in its Privé collection.

ITS UNIQUE TWIST IS BORNE OF PRACTICALITY
Launched in 1936, the Tank Asymétrique is actually a parallelogram (it was also known then as the Parallélogramme or Losange) that took the rectangular shape of the Tank and, in a cheeky twist, shifted everything 30 degrees to the right, down to the numbers on the dial.

While the unusual shape screams whimsicality, the idea was rooted in practicality, as it helps make reading the time easier of the wrist. Nevertheless, the design made for an intriguing diamond shape that set it apart from other round or rectangular cases, contributing to its other name, ‘Tank Oblique’. 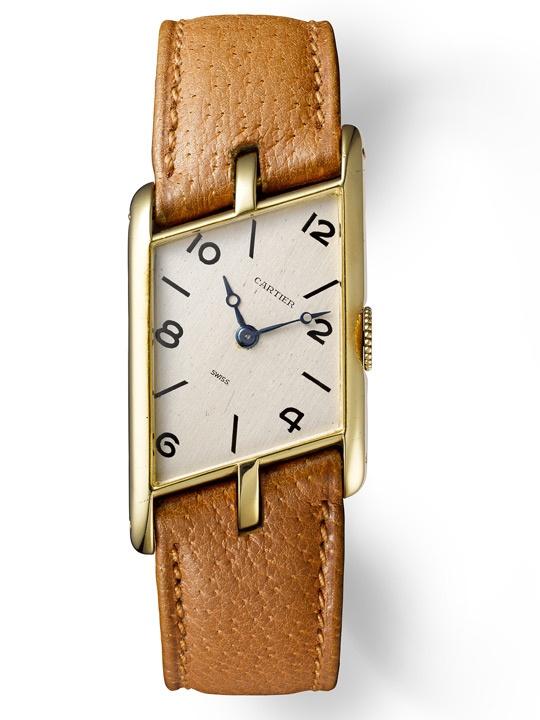 Produced in different sizes and lug configurations, the Tank Asymétrique’s off-centred architecture also meant that different straps had to be made to accommodate the profile of the lugs. Unlike the Tank, with its stylised Roman numerals, the Tank Asymétrique used Arabic numerals instead, alternating between even numbers and indexes—a detail that has been retained in the new versions today. In addition, blued pomme hands lent an elegant air of tradition to a watch that was anything but traditional.

A TANK FOR THE SARTORIALLY ADVENTUROUS 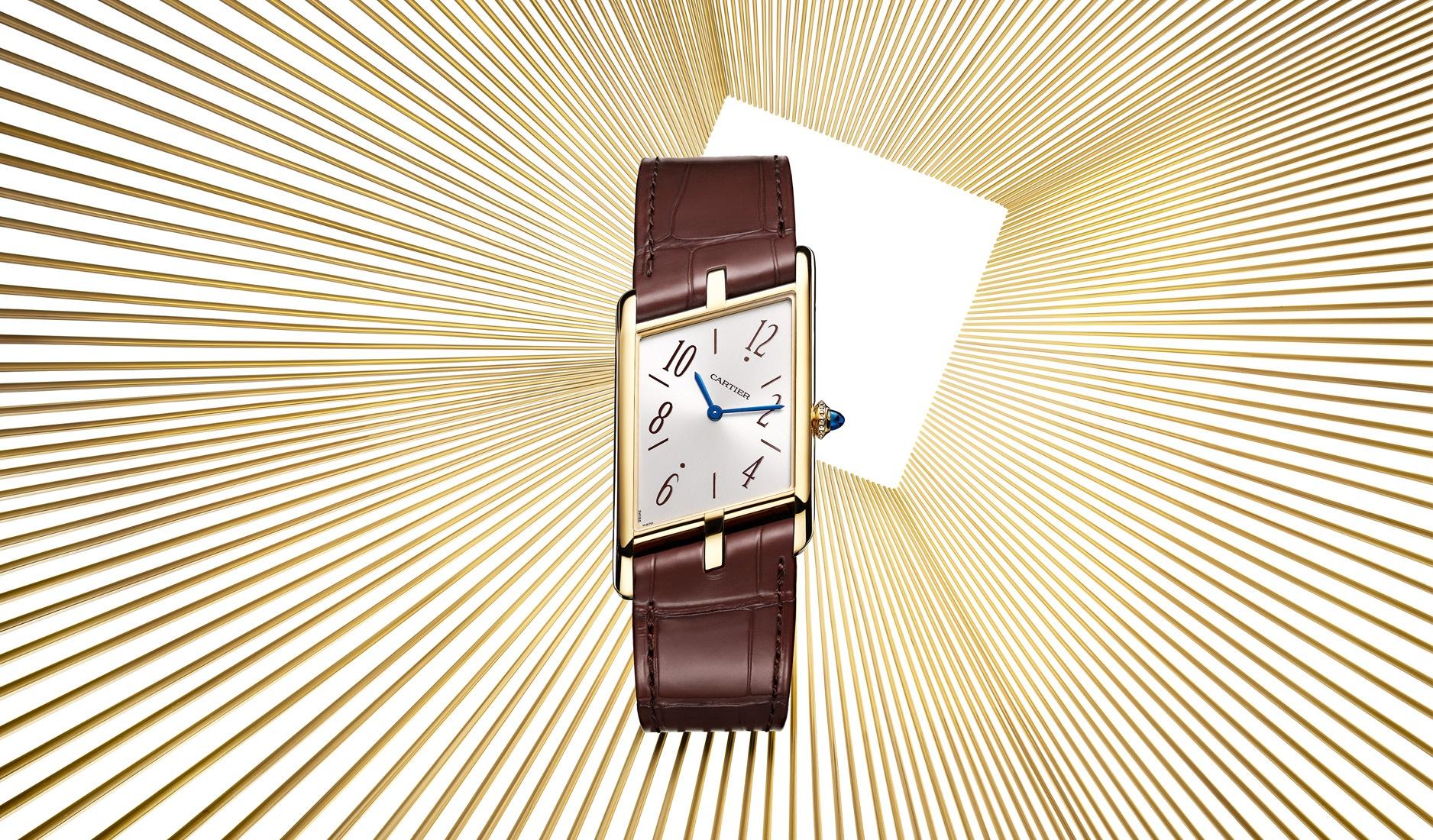 In 2020, the Tank Asymétrique was reborn with the refinement of a dapper gentleman. A sleeker, sexier dial boasts numerals in a more contemporary, elongated font. Gone are the pomme hands, replaced with Cartier’s signature blued sword hands. While the original had a crown that was flat and flushed against the case, the new Tank Asymétrique features one that is set with a ruby or sapphire cabochon. Driving the watch is the in-house manual-winding Calibre 1917 MC, which also powers some Tank Louis Cartier models.

Three versions are available: pink gold with grey dial and matching strap, yellow gold with champagne dial and brown strap, and platinum with silver dial and grey strap. The first two come with a sapphire cabochon on the crown while the platinum version has a ruby cabochon. Each is limited to 100 numbered pieces.

As with previous Privé collections, there is a skeletonised variant of the Tank Asymétrique. Featuring the Calibre 9623 MC, the skeleton watch incorporates the indexes, as well as the numbers ’12’ and ‘6’ into the frame of the dial, connected through the outline of a diamond in the centre. 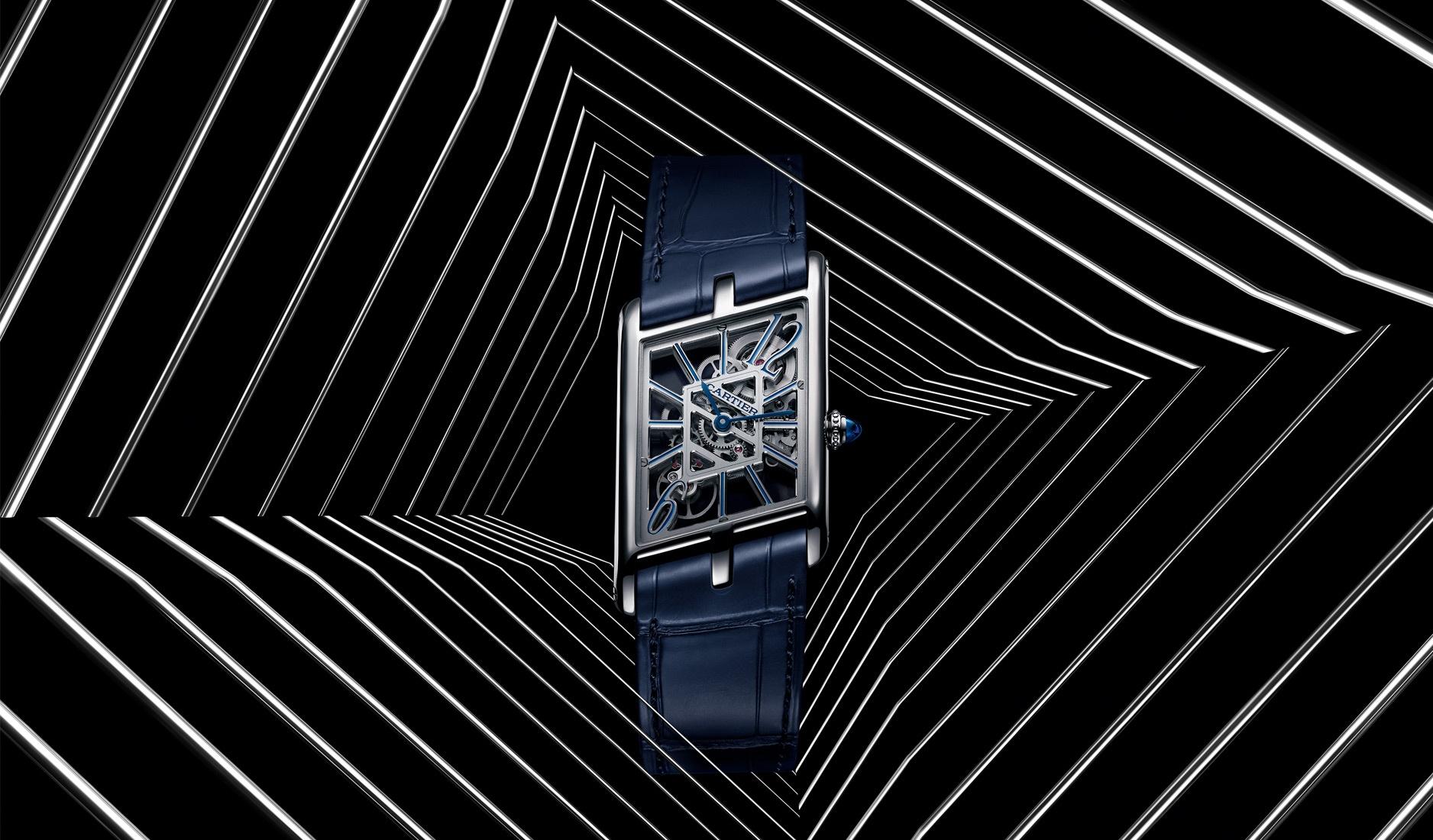 There are also three variations available for skeleton version and they come in platinum with blue or black strap, pink gold with brown or grey strap or platinum with diamonds on black or glossy blue strap. Each comes with a sapphire cabochon on the crown, except for the gem-set version, which features a brilliant-cut diamond instead. Like before, each model is limited to 100 numbered pieces.