A loving reproduction of the first Swiss wristwatch to make it to space.

Although the Breitling Navitimer is best known for conquering the skies with its stature as the de facto tool watch for pilots, the storied collection once exhibited ambitions that stretched far beyond the confines of aeronautical altitudes. Back in 1962, the Navitimer Cosmonaute blasted into horological record books as the first Swiss wristwatch to make it to space, when it was worn by astronaut Scott Carpenter on his May 24 Mercury-Atlas mission in which the Aurora 7 spacecraft orbited three times around our planet. 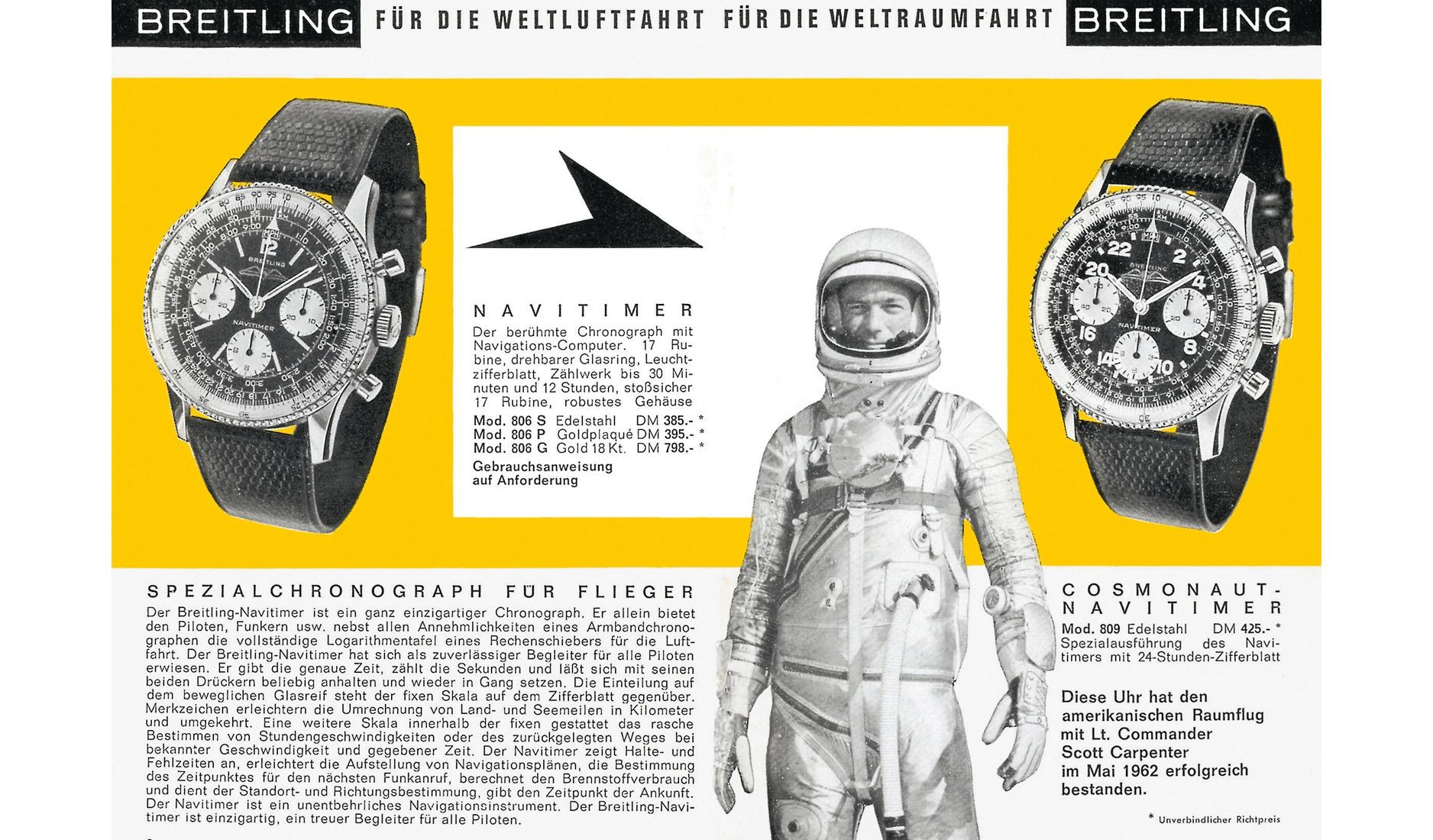 Sixty years after the momentous occasion – which incidentally also marks the 70th anniversary of the launch of the Navitimer – Breitling pays homage to the Navitimer Cosmonaute with an almost faithful reproduction of the original. Limited to 362 pieces, a number that references both the spacecraft’s circumnavigations of the Earth and the year of the history-making mission, the new Navitimer B02 Chronograph 41 Cosmonaute Limited Edition looks primed to be sought after by Breitling die-hards.

The main difference between the Navitimer Cosmonaute and regular Navitimer models is the 24-hour time display on the former. This feature was specifically suggested by Carpenter, who reasoned that it would be more practical for use in space since time isn’t marked by day and night as it would have been on Earth. Breitling duly obliged with the Navitimer Cosmonaute Ref. 809 that Carpenter wore on the epochal mission. 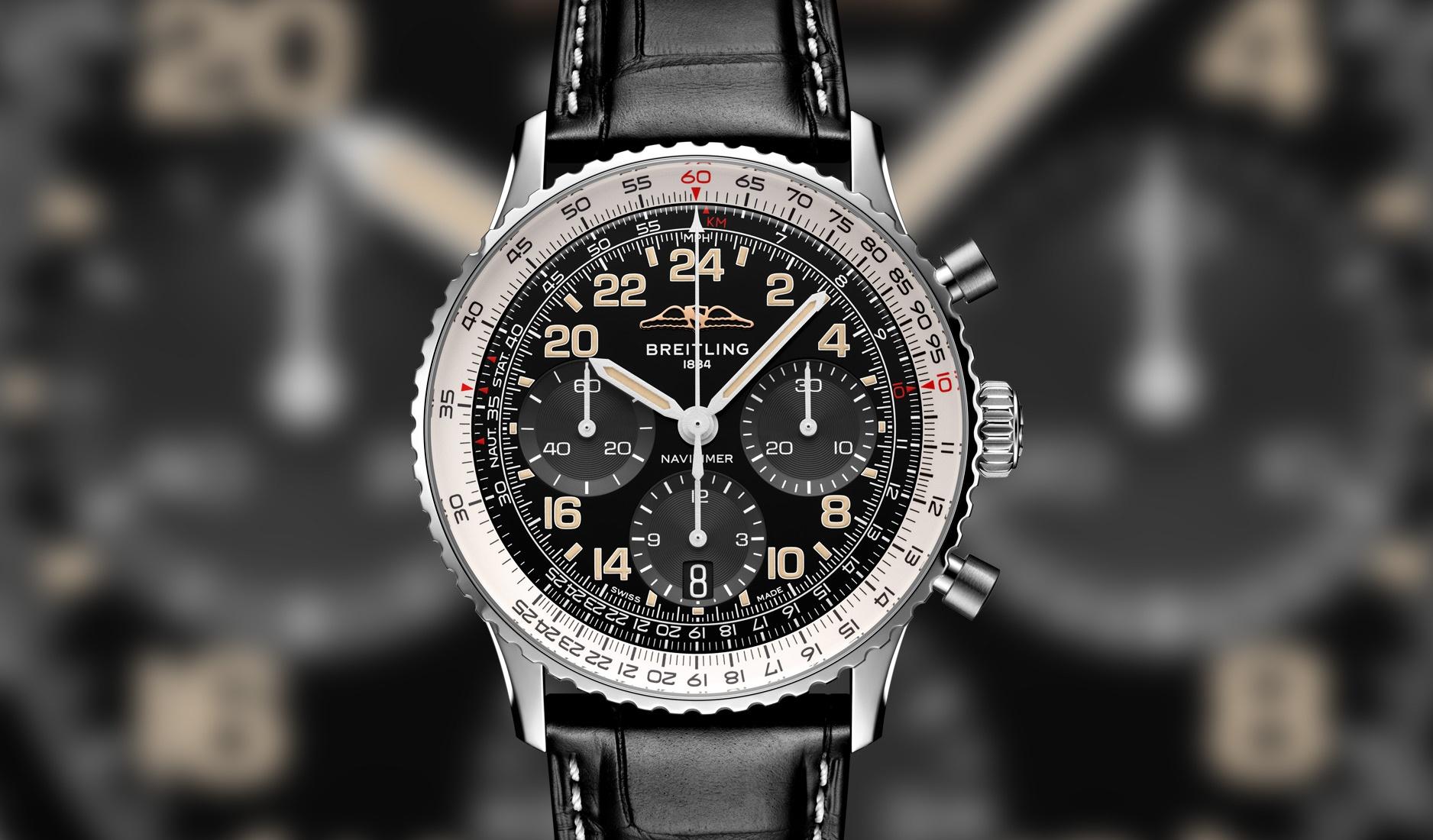 Looking every inch an accompaniment for space orbits, the tribute Navitimer B02 Chronograph 41 Cosmonaute Limited Edition seeks to not only evoke past glories but also make a statement on the watch and Breitling’s mechanical legacy.

Breitling collectors will appreciate the new model’s allusions to the Ref. 809, from its signature 24-hour display against an all-black dial framed by the Navitimer’s famous circular slide rule to the black alligator strap or seven-row stainless-steel bracelet. At the same time, the watch is bolstered by modern upgrades. A platinum bezel adds a touch of luxury and exclusivity to the 41mm watch. Elsewhere, shots of red on the slide rule, as well as slightly reworked hour markers and chronograph counters, offer greater legibility and a more contemporary disposition. 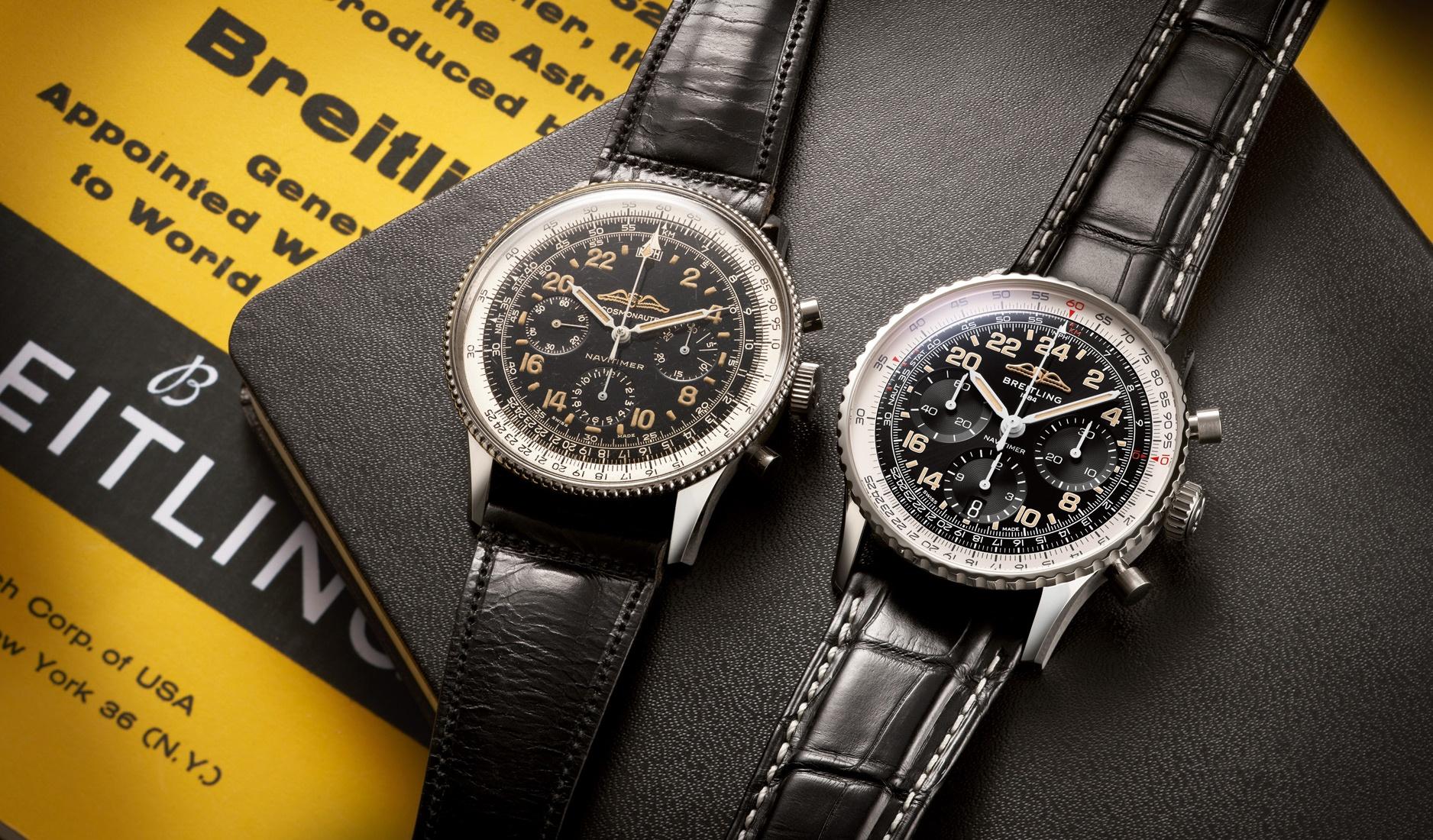 Naturally, a modern movement is required for amped-up performance. Breitling’s in-house B02 automatic chronograph movement is the chosen engine, offering COSC-certified precision, 70-hour power reserve, and column wheel activation for the chronograph, alongside the 24-hour display.

Visible via a sapphire caseback, which is engraved with the date of Carpenter’s mission, the limited edition mark ‘One of 362’, and the phrase ‘First Swiss wristwatch in space’, the Calibre B02 also bears its own special inscriptions. They include engravings on the bridge with the words ‘Carpenter’, ‘Aurora 7’, ‘3 orbits around the Earth’, and the name of the original group of seven astronauts on NASA’s first human-crewed spaceflight, ‘Mercury 7’. 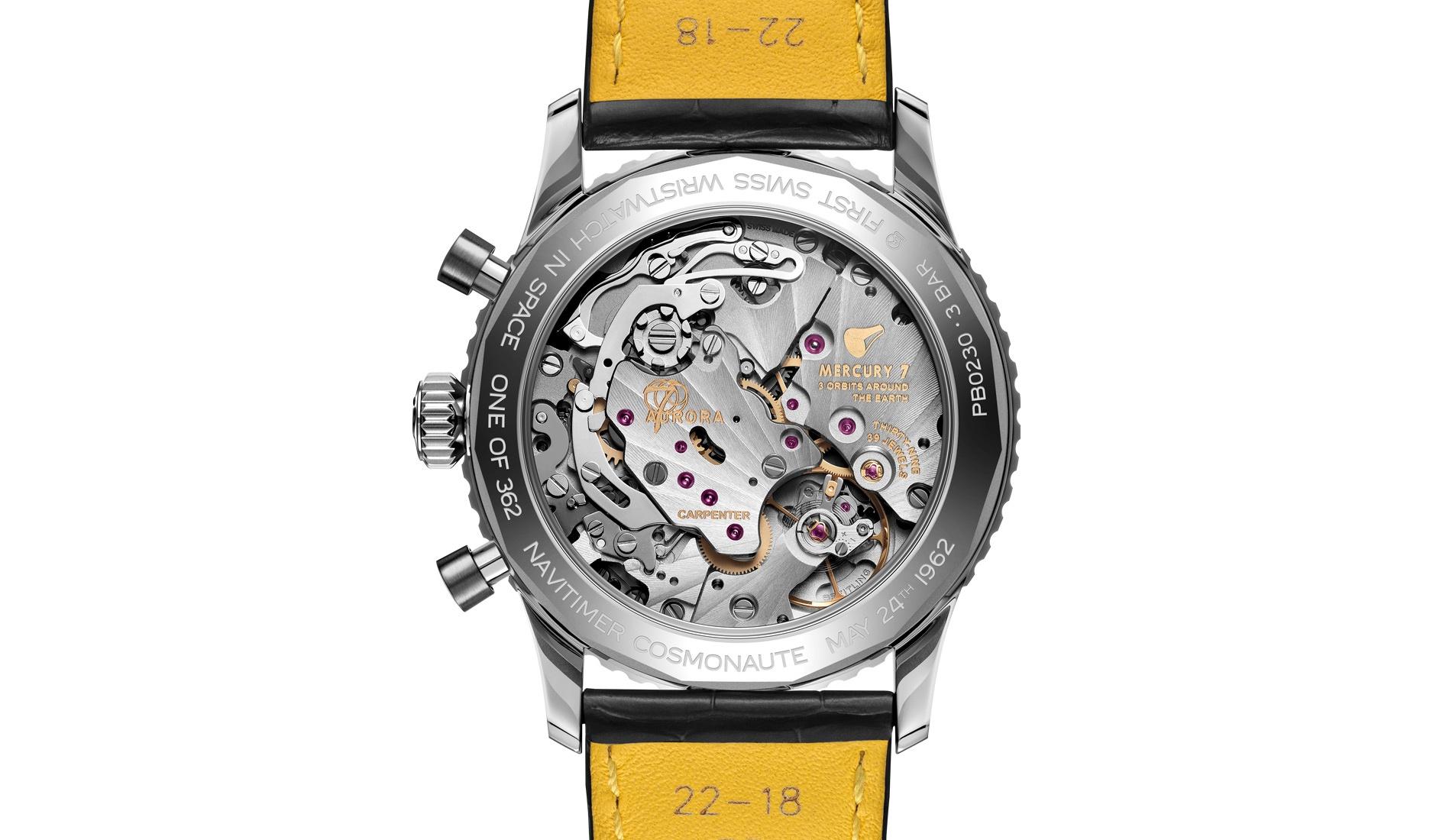 Emanating the old-school Navitimer aesthetics, complete with the vintage winged Breitling logo on the dial, the Navitimer B02 Chronograph 41 Cosmonaute Limited Edition eschews the brand’s ‘modern retro’ style that it has been plugging of late. Instead, Breitling goes all-in on vintage-inspired nostalgia with the Navitimer B02 Chronograph 41 Cosmonaute Limited Edition – sort of a less extreme take of its Re-Edition series of tribute watches – to rally fans of a certain vintage. 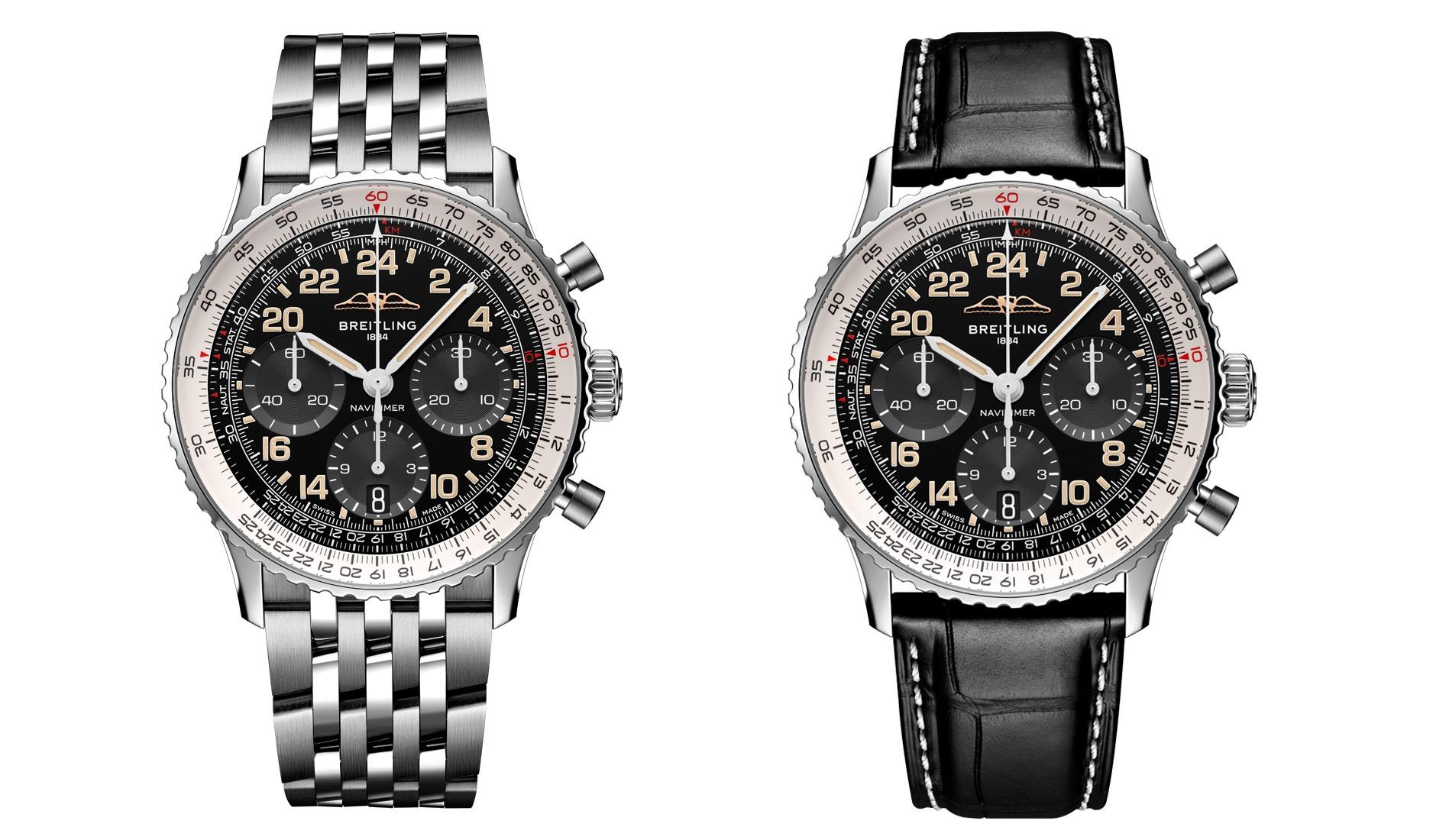