The picturesque Alaskan Backcountry is full of trails to suit hikers of all capabilities. But its unforgiving terrain and expansive forests can prove to be fatal, even to the most seasoned of adventurers. Three years ago, Mark Spencer, an experienced hiker, set off on a hunting trip there. Forty-eight hours later, though, he found himself moving hopelessly in circles. He was lost. But it could’ve been far worse if not for the Breitling Emergency watch strapped onto his wrist.

Spencer had, in fact, gone prepared. He had in possession a handheld Personal Locator Beacon (PLB), which was meant to help rescuers locate him when activated. But amazingly, what pointed rescuers to Spencer’s exact location was not the PLB, but the Breitling Emergency. The PLB had pointed the search team to a location four miles away.

The pinpoint accuracy accorded by the watch was due to it emergency locator transmitter, which broadcasts on the 121.5 MHz aircraft emergency frequency. Spencer’s rescue, thanks to the Breitling Emergency (below), wasn’t the first of its kind. It won’t be the last either. 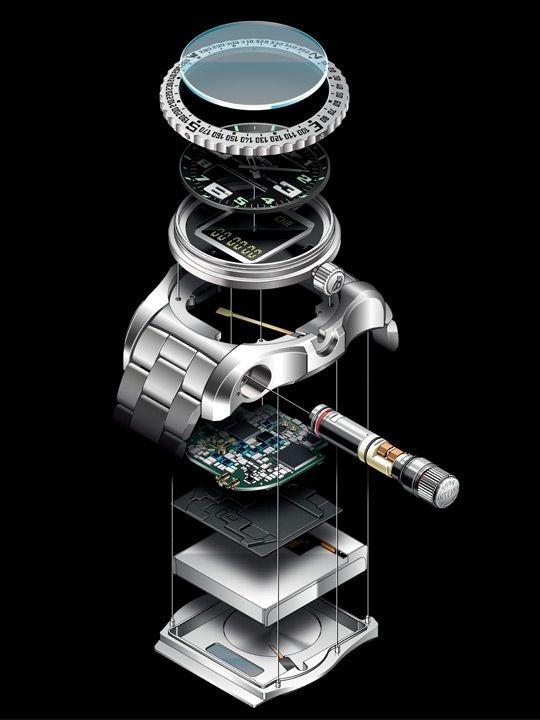 “The Emergency watches are a great testimony to our commitment to functionality. The product has saved more than 20 lives so far,” says Breitling’s vice-president, Jean-Paul Girardin. “It was built to do exactly that and it gives us great satisfaction that it has performed the task as it should. Not many brands can claim that they make watches that actually save lives.”

Calling Breitling and its watches lifesavers is no exaggeration. Many of its watches are built to get wearers out of sticky situations. Think the Emergency I (or the re-modelled version, the Emergency II, pictured below) for sending out distress signals; the Cockpit B50 for the ultimate aviation experience; the Transocean Chronograph Unitime for the frequent flyer to switch local time easily. It seems that there is a wearable Breitling solution for every problem, big or small. The horological MacGyver, if you will. 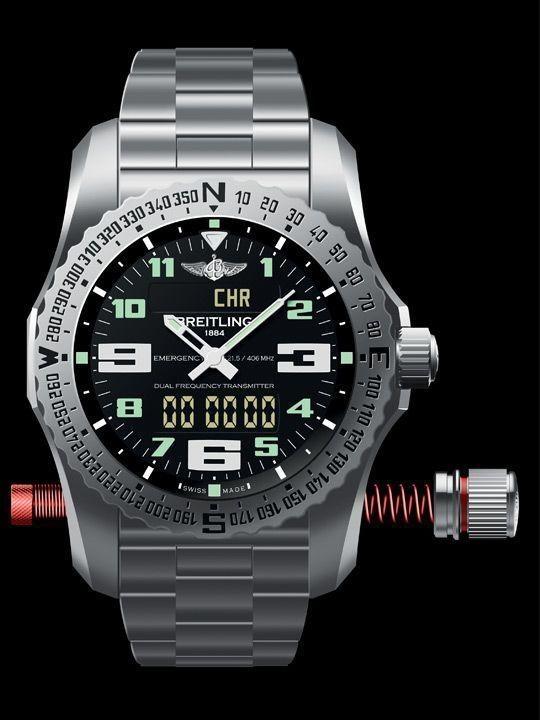 “The problem solving aspect isn’t limited to getting users out of problems. We also solve problems in terms of functionality and ease-of-use, like the invention of pushbuttons and slide rules for our aviation watches,” says Girardin.

EMBRACING ELECTRONICS
Take the new Cockpit B55 Connected, now available in Singapore. A follow-up to the Cockpit B50, the aviation marries the multifunction innovations of its predecessor with the smart technology a modern mobile phone offers.

The watch retains its standards of precision and user-friendliness, anchored by a multi-function. The ‘Connected’ bit comes with a complementary smartphone app that allows users the ability to perform tasks such as time-setting, time zones, and alarms. Powering the B55 Connected (below) is the Calibre B55, a SuperQuartz movement that to be 10 times more accurate than a regular quartz one.

While some may say that Breitling is trying to cash in on the wave of smartwatches and wearable technology, Girardin says that it is not the company’s intention to compete with tech giants.

“Obviously we cannot compete with smartwatches. That is not what we do. So we sought to enhance the user experience by bringing our products and what we stand for in watchmaking to the connected world,” he says.

“We always believed in using any means necessary to innovate, whether it is through our own in-house movements, or the use of electronics. As long as it serves the function and performance of the watch,” Girardin adds. “Obviously there are appealing elements in mechanical watches that electronic watches cannot have. Likewise, watches with electronic can perform tasks in ways that mechanical watches cannot.”

Our secret contributor is an industry insider who has worked with well-known luxury watch marques, as well as written for numerous horological publications. He asks to remains anonymous, however, so as not to ruffle feathers with his sometimes opinionated posts.