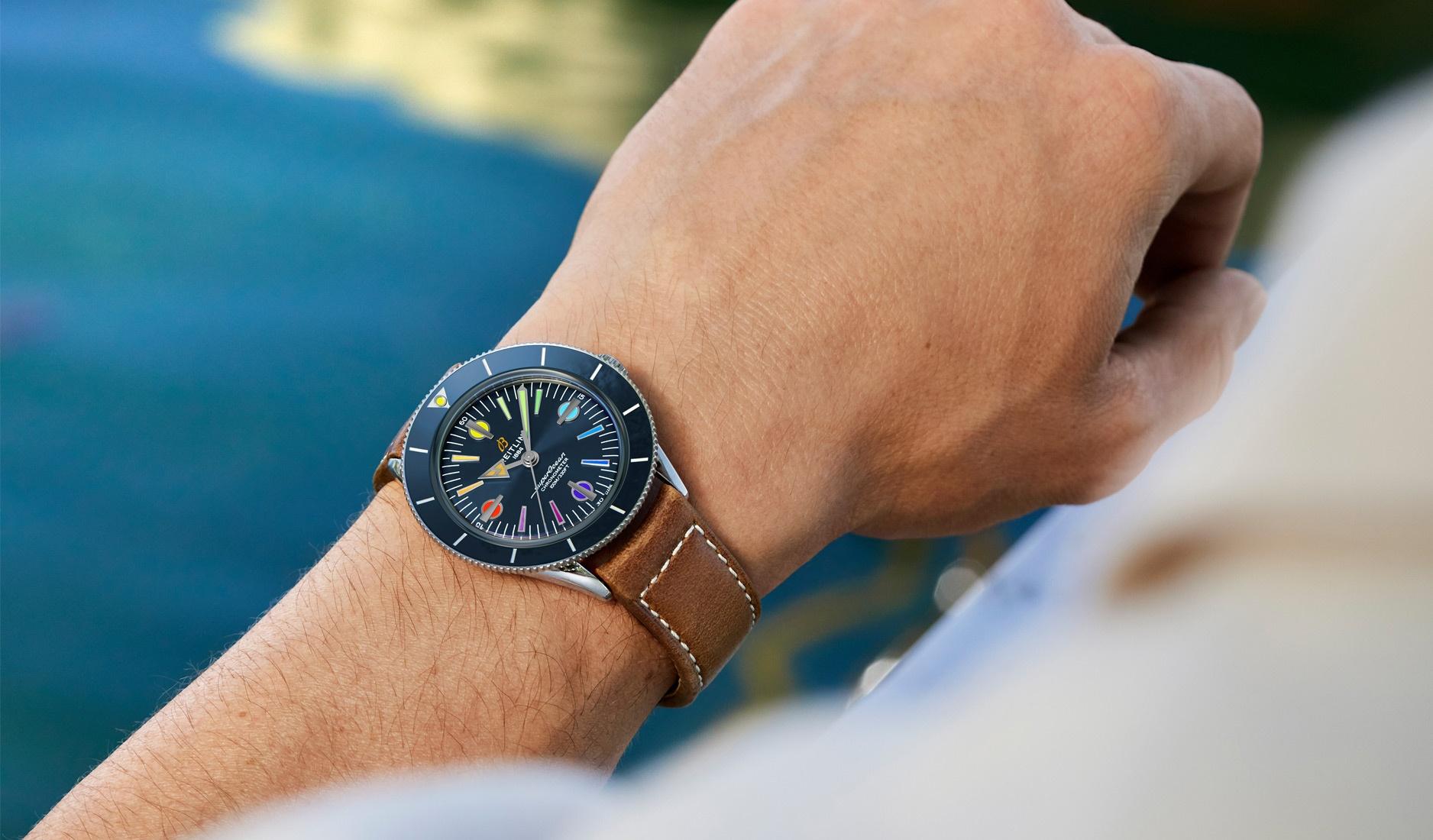 Breitling CEO Georges Kern wasn’t the only person pleased by the encouraging response to the new rainbow-hued Superocean Heritage ’57 Limited Edition that was launched in April.

Apparently, Kern’s colleagues from the UK were equally enthused. The rainbow has become a symbol of support for people wanting to show solidarity with NHS on the front line, with people posting artworks, posters and images featuring rainbows to express their gratitude to the frontline healthcare workers. Encouraged by what they saw with the Superocean Heritage ’57 Limited Edition, the Breitling staffers urged Kern to consider making another limited edition as a show of support in the fight against Covid-19. 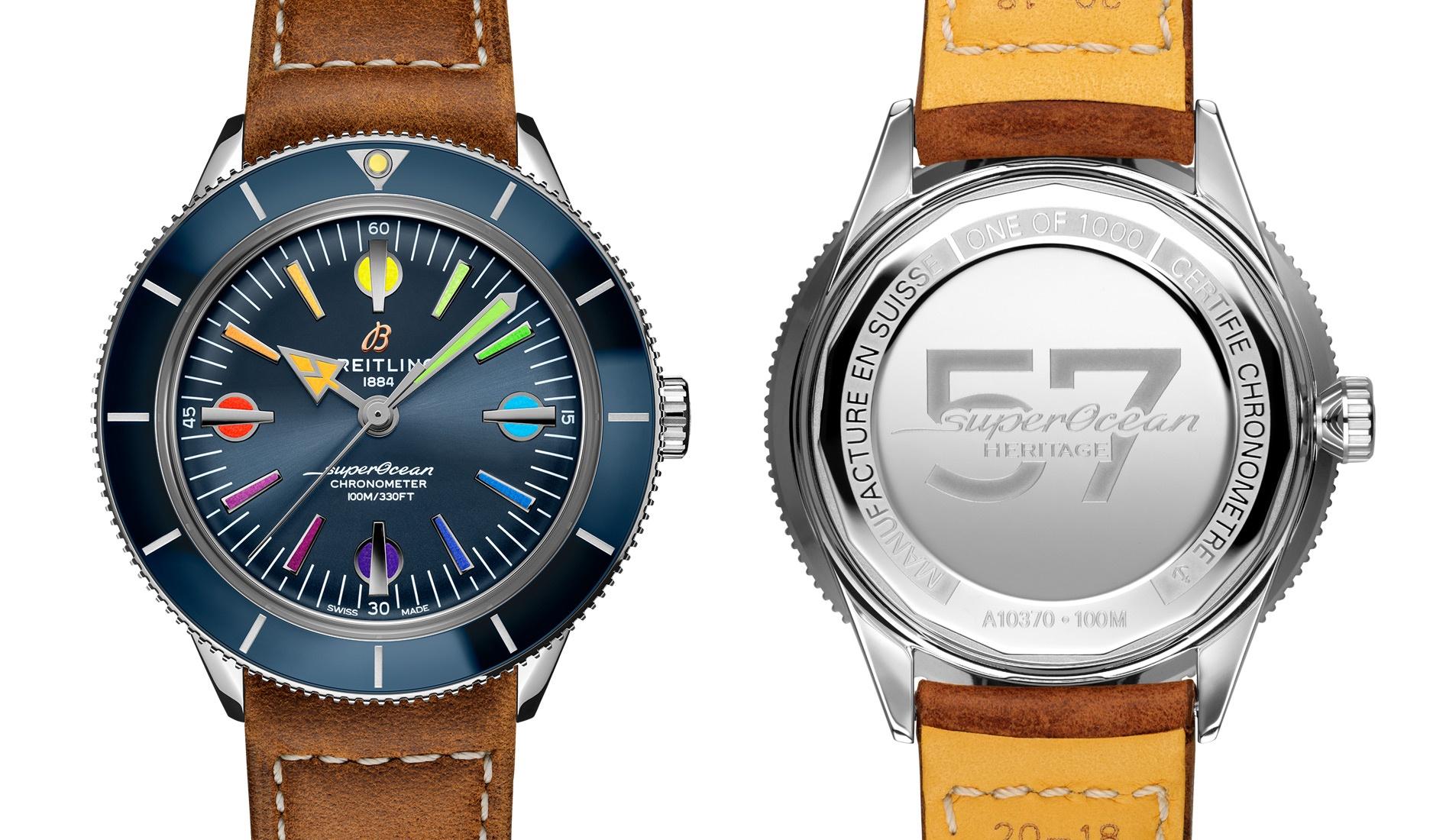 The answer was a quick yes. Joining the good fight, Breitling has launched the Superocean Heritage ’57 Limited Edition II. Part of the proceeds from sales of the watch will be donated to charities supporting the frontline healthcare workers in the most affected countries. Breitling is also donating an additional CHF 1,000 to these charities for each of the first 100 watches sold. In total, the brand will donate CHF 500,000 to the charities.

Beside featuring the same striking rainbow-coloured hour markers as its predecessor, the Superocean Heritage ’57 Limited Edition II is differentiated by its blue dial and ceramic bezel, as opposed to the original’s black components. Limited to 1,000 pieces, the caseback is engraved with the words ‘One of 1000’. The rest of the technical specifications, such as the watch’s 42mm stainless steel case and automatic Breitling 10 movement with 42-hour power reserve, remain unchanged. 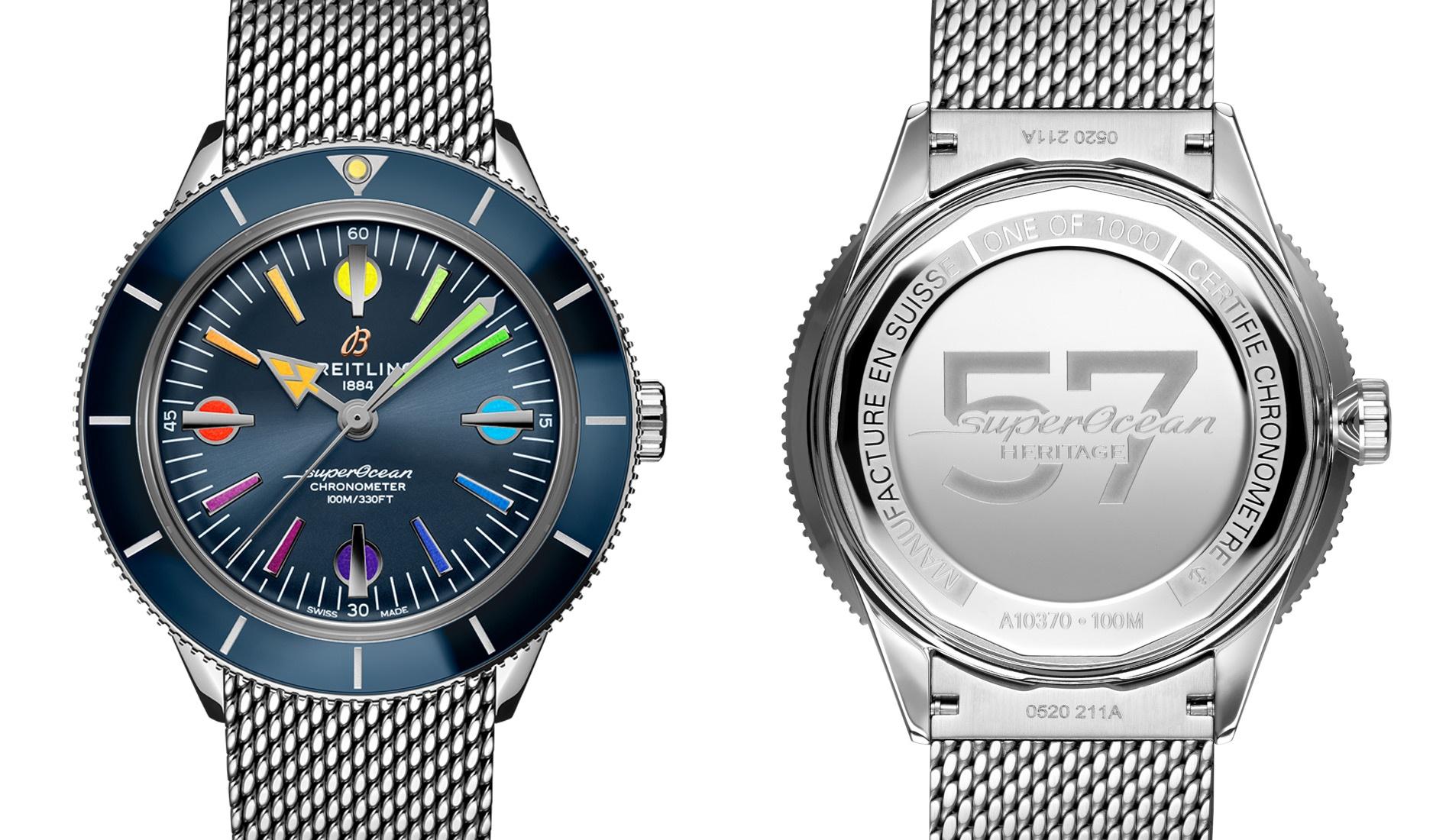 “We were amazed by the popularity of the Superocean Heritage ’57 Limited Edition, which told us that we could do something for the incredible healthcare workers. They have sacrificed so much and we wanted to make it clear how much we care with this new version of our own rainbow,” says Kern.