Royal Flush: The Story Of Breguet’s Queen Of Naples Watch

Written by Charmian Leong
Be the first to comment!

When it comes to watches worthy of women who wear them, there is one royal who cannot be dethroned. 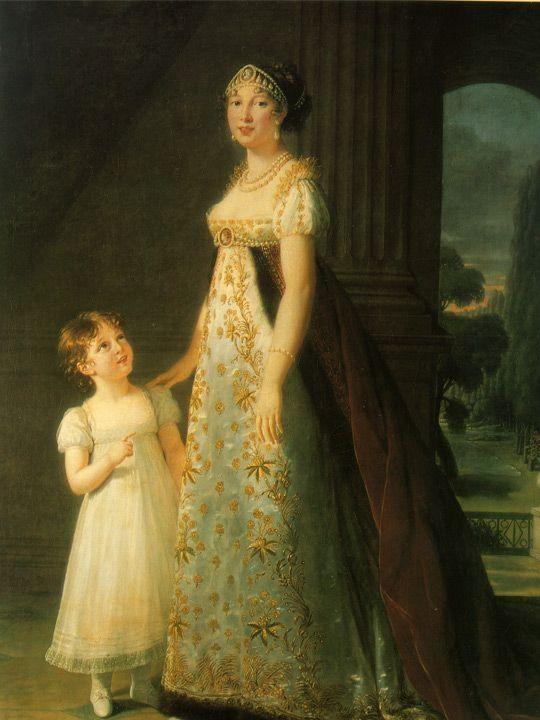 IT STARTED ROYALLY, OF COURSE
Few brands have been so closely associated with the royals as Breguet. Among its most famous blue-blooded patrons is Caroline Murat, who inspired the Queen of Naples collection.

Murat is generally best known for being the actual Queen of Naples in the early 1800s, as well as the younger sister of Napoleon Bonaparte. But in these parts, she’s more clearly remembered for her passion for horology. She has approximately 34 clocks and watches from Breguet alone, making her the biggest Breguet fan in her family. Her first order (as there were no boutiques in those days and watches had to be commissioned directly) was in 1805, when she was just 23 years old.

AND THEN CAME THAT SPECIAL ONE...
One special order on 8 June, 1810 would set in motion the creation of one of the most respected women’s collections in the industry almost two centuries later. This watch was to have an ultra-thin, oblong-shaped case equipped with a quarter repeater, thermometer, and mounted on a bracelet made of hair and gold thread. The asking price was 5,000 francs, and was delivered two years later – becoming very likely the first wristwatch ever created.

In the brand’s museum in Paris’ Place Vendome you will find two service records of Murat’s watch. The first was by Countess Rasponi, Murat’s youngest daughter, in 1849 and involved fitting it with a new thermometer, polished pivots and an adjusted repeater. The second time was in 1855 and unfortunately, this was the last anyone has heard of it. The original may be lost forever, but its legacy had barely just begun.

...TO HELP WRITE MODERN WATCHMAKING HISTORY
In 2002, under the auspices of the Swatch Group, Breguet launched the Reine de Naples line (below). Made exclusively for women, this collection of ladies’ watches tapped on the brand’s expertise for complications while remaining positively dazzling. These were watches for women who were looking for a real calibre under the glistering crust. 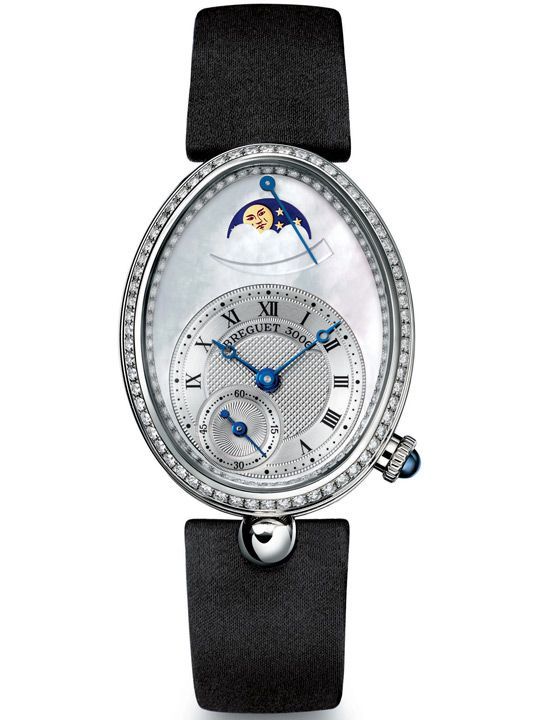 The egg-shaped case was resurrected with a crown at 4 o’clock and a dial often lavishly decorated with precious stones and materials. For the casual observer, Breguet had simply put out a fancy new ladies’ collection to flex its gem-setting muscle. Not so.

“You will never find a Breguet jewellery piece which has nothing to do with the Manufacture’s history. When the brand’s creations are not dedicated to culture and history (which is rare), they have to do with the art of watchmaking and innovation,” says CEO Marc Hayek.

IT’S NOT JUST A ‘WOMAN’S WATCH’
This is why you will find moon phases, chimes, power reserve indicators and others in many of these dainty machines. Just look at 2013’s Reine de Naples Jour/Nuit (below). The watch actually features two dials, one that is encrusted with diamonds and another that holds a titanium moon on a lapis lazuli disc. As it is a day/night-indicating watch, the sun is also represented - by a golden balance wheel. 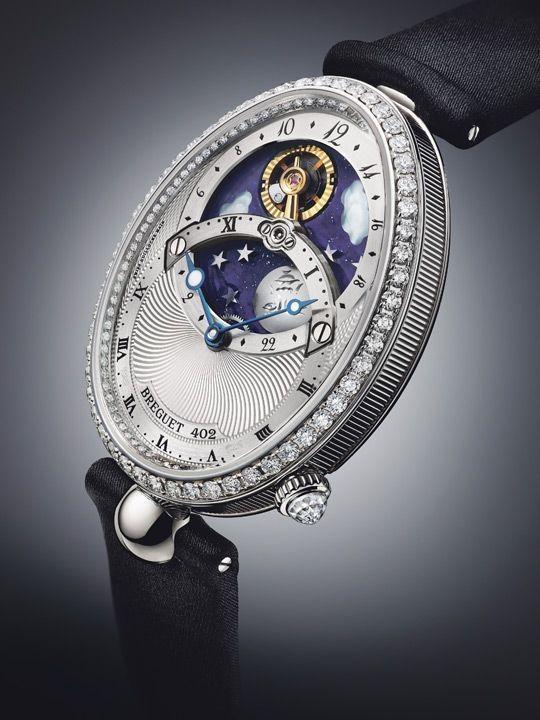 Another stunning example is the Sonnerie au Passage, created to celebrate the collection’s 200th anniversary in 2012 (below). The watch housed a striking mechanism that had two chimes ringing three times on the hour, which can be disabled with a push piece at 2 o’clock. Chiming watches are notoriously fussy to make under any circumstance, but Breguet managed to do it with half the usual real estate, working around over 500 stones and while disguising the mechanism as a rose garden.

AND NOW THE STORY CONTINUES
Last year’s novelty, the Reine de Naples Haute Joaillerie (below), is a glittering display, boasting baguette diamonds on the bezel and case band, brilliant-cut ones on the flange and in the sub-dial, a single briolette on the crown and a main dial made of Tahitian mother of pearl. Even the bracelet is a sight to behold, with its oval links set with brilliant-cut and baguette diamonds and ruby cabochons. Paired with all 965 stones is a moon phase and power reserve indicator at 12 o’clock. 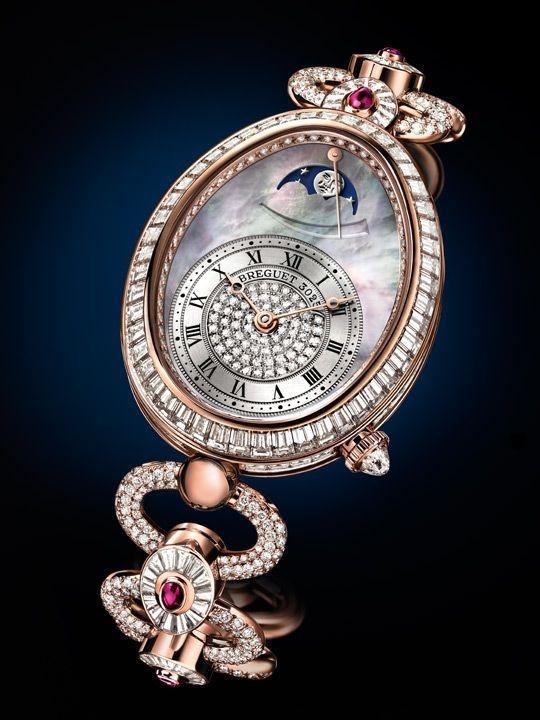 Even more tellingly, the brand introduced a ‘Princesse’ version (below) of the Reine de Naples, ostensibly to imbue a sense of contemporary sass and accessibility. Endowed with the unmistakable egg-shaped profile and automatic movement with state-of-the-art silicon escapement, the Reine de Naples Princesse deliberately dials down on gem-encrusted ostentation while exuding everyday sophistication – a fine and timely evolution if the iconic collection that will appeal to the next generation of women watch lovers. “The top 10 of our bestsellers always includes at least one or two models from the Reine de Naples collection,” says Hayek. 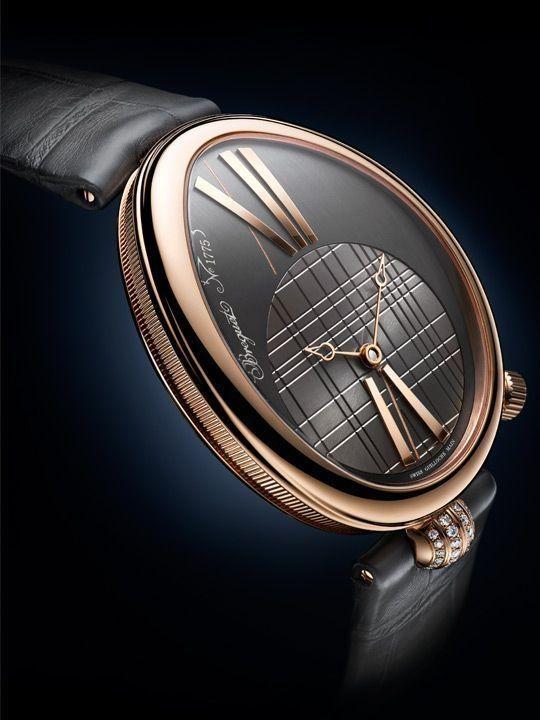 After seven years as a full-time scribe, four of them spent writing about luxury timepieces, Charmian has gone the way of the freelancer and is now fascinated by a different facet of time: having it. When not labouring over a story with a martini in hand, she plays video games and takes naps in 8-bit.

More in this category: Pre-BaselWorld 2016: Breguet Watch Of The Day: Breguet Classique 7147
back to top